At watch fair SIHH in January this year, Ulysse Nardin presented three new movements. Plus the Innovision concept watch, and more recently the Executive Skeleton Tourbillon. An enormous creative effort. The Marine Annual Calendar Chronometer celebrates the days when marine chronometers were instrumental in determining a ship’s position. It has the looks of those classical timepieces, with the slim Roman numerals. But instead of the usual white enamel dial, it is in the trendy blue colour that has become virtually de rigueur for just about all brands. A series of guilloché waves provide an ever-changing, light-catching backdrop for the white numerals and the two subdials, for power reserve and calendar. The case is 43 mm in diameter, with a fluted bezel that looks like it should rotate though in actual fact it is fixed. The crown is rubber-coated and screw-down, helping give the watch its water resistance of 100 metres. 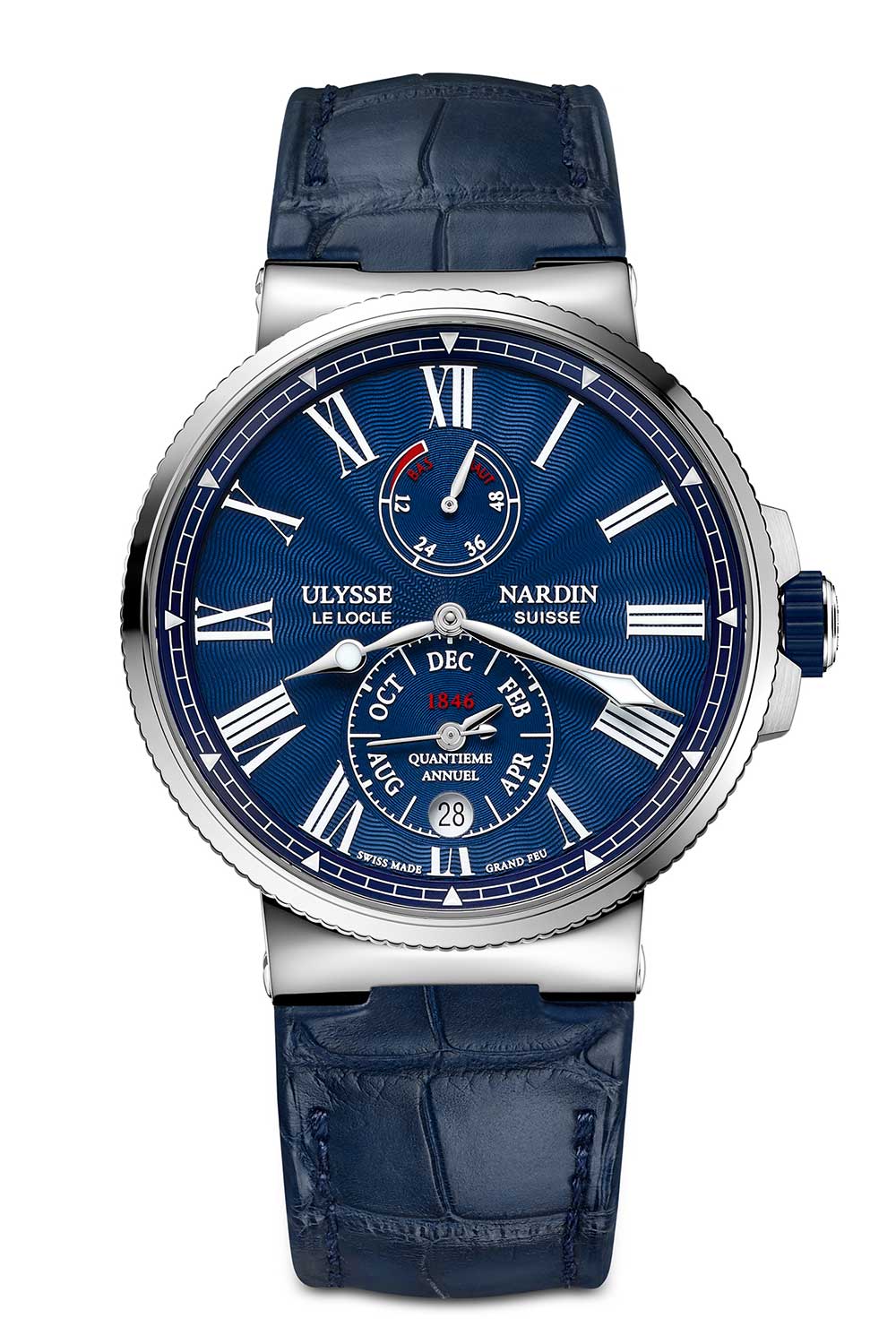 The new UN-113 calibre is COSC-certified, guaranteeing timekeeping precision. It provides the annual calendar using just 7 components. This reflects the approach pioneered by Ludwig Oechslin, the designer who created the Freak and many other watch movements for Ulysse Nardin, and continues to work with the brand occasionally. Usually an annual calendar function requires many more parts, with recessed pushers to adjust the date functions, each forward only. The UN-113 calibre can be adjusted forwards or backwards from the crown. It was designed in-house, and it incorporates the brand’s silicium technology for the balance spring. It is self-winding, with a power reserve of 60 hours. 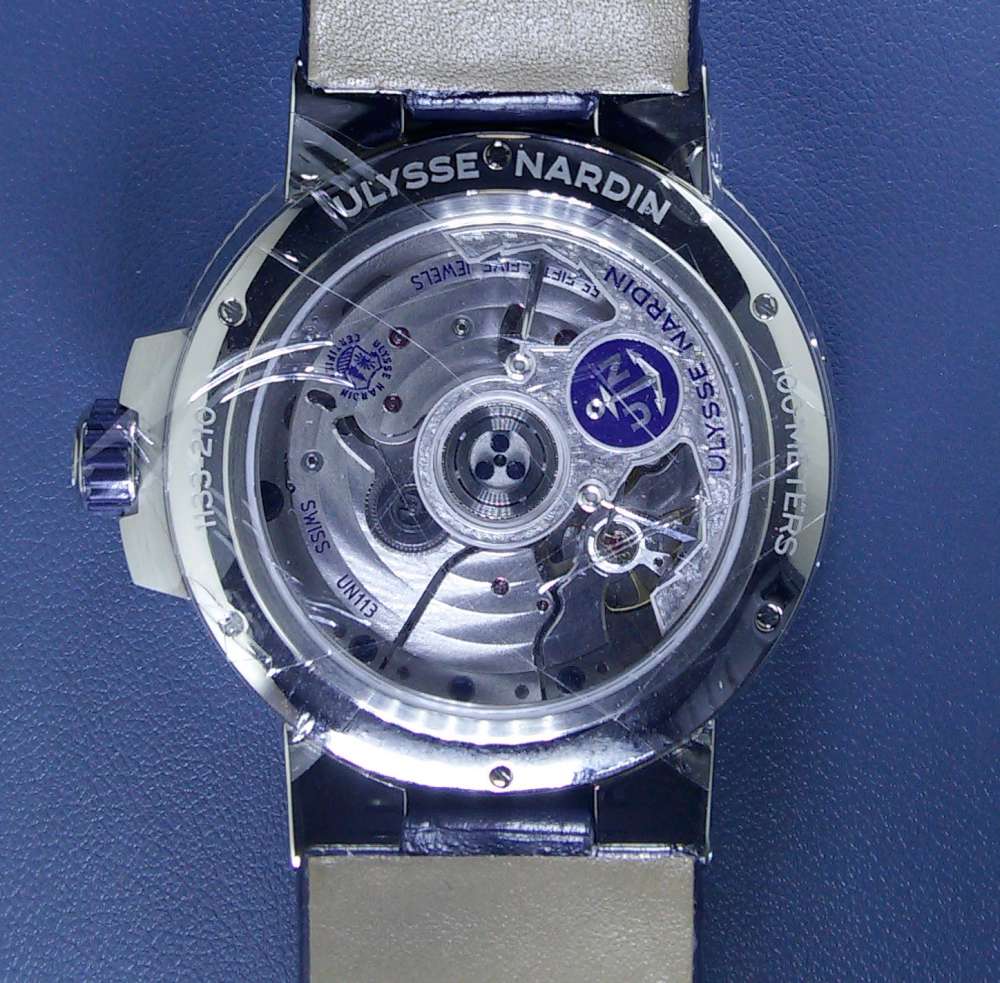 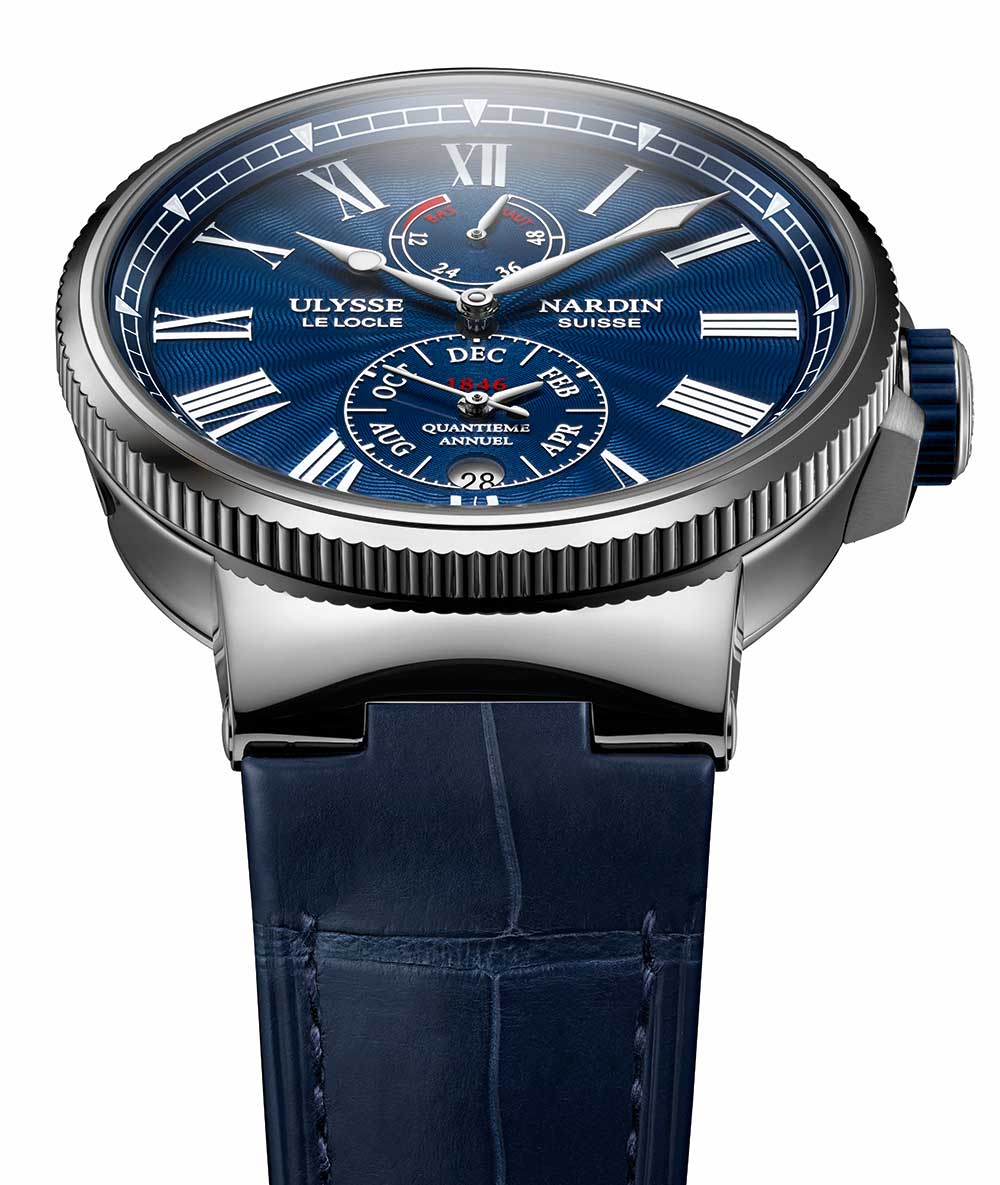