Several brands do these super-modern skeletonized tourbillons, in which the architecture is reduced to the minimum. Roger Dubuis creates star-shaped bridges, Blancpain does sci-fi spiky, Cartier does its amazing Astrotourbillon. The Ulysse Nardin Executive Skeleton Tourbillon has a rectangular geometry for the bridge visible from the front, creating a watch of incredible simplicity, dominated by the large, stylized Roman numerals. The sense of space is enhanced by the 45 mm case. This 2017 version is a new edition of an existing watch, this time in the trend colour of the moment, blue, with a blue ceramic bezel and blue carbon-effect leather strap with titanium clasp. Other parts of the movement are also blue. Weight is kept manageable by the use of titanium for the case. 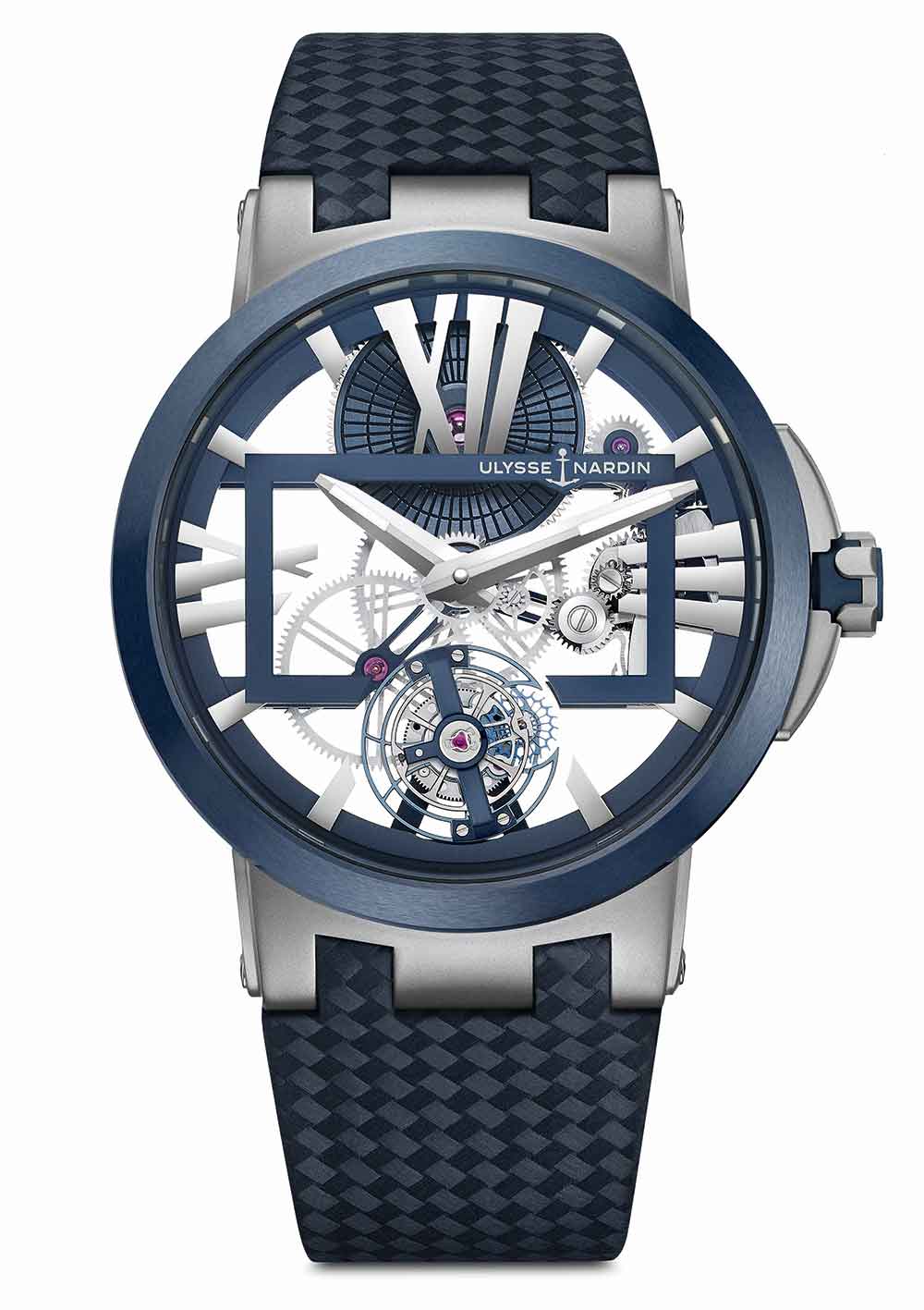 With a watch like this, the movement takes price of place. The UN-171 displays all the Ulysse Nardin hallmarks: silicium used for essential parts such as balance spring and escapement; a less-is-more approach that simplifies the mechanism; and its user-friendly features. In this case, the hand-wound calibre has a power reserve of 170 hours. Seven days! How do they do it? Silicon reduces friction, and the balance runs at 2.5 Hertz, 18,000 vibrations per hour. Probably the mainspring has something special too. 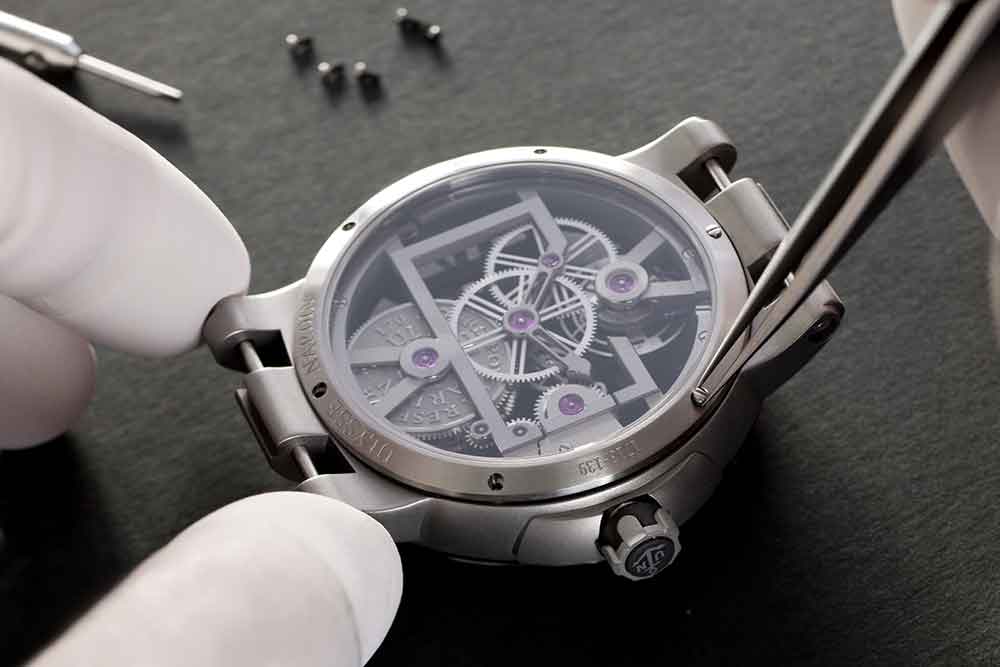 The power of independent design

Hats off to Ulysse Nardin for this watch that shows what can be achieved by in-house design, technology and production. It also demonstrates the character that is generated by bold decisions, such as not having a second hand or a date window. 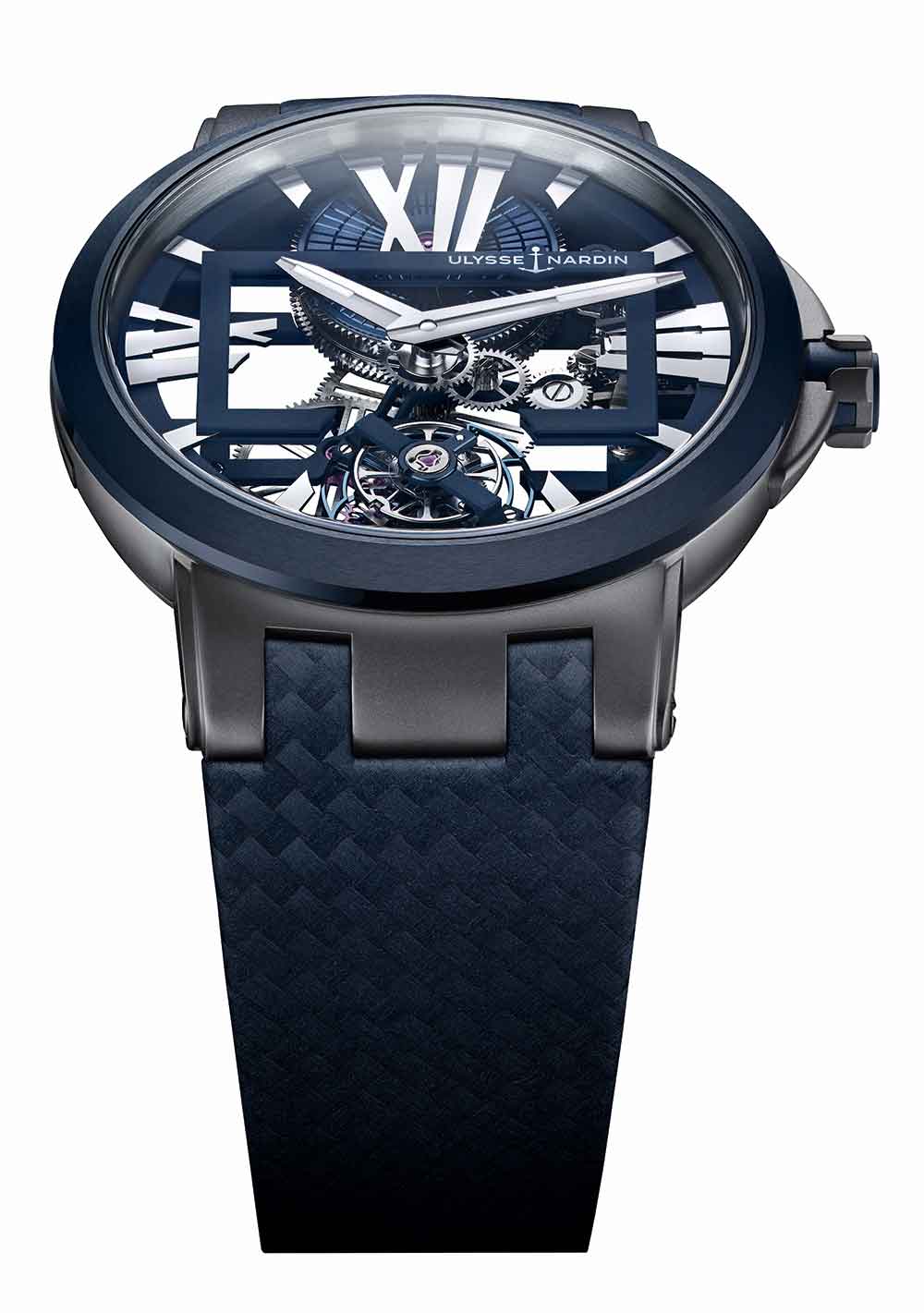 The Ulysse Nardin Executive Skeleton Tourbillon is reference 1713-139/43. It costs €38,000, 38,000 Swiss francs. This is another hallmark of Ulysse Nardin: prices that, compared with other watches of this type, are relatively low. Read more on the Ulysse Nardin website. 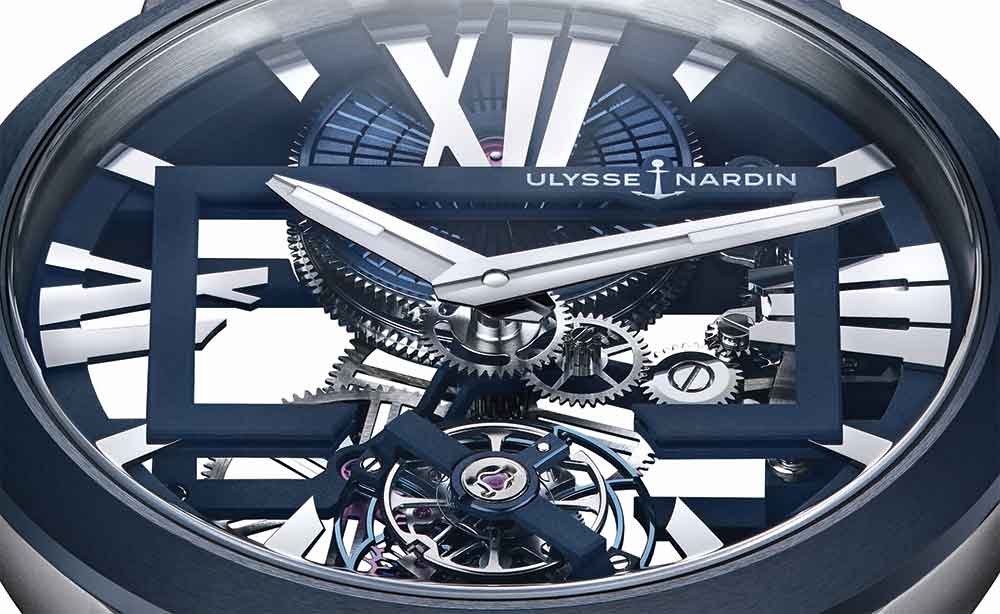