This watch is interesting in several ways. It shows that Baume & Mercier, a brand that has dedicated a lot of effort to reducing the prices of its entry-level watches, is also committed to movement innovation in higher-end pieces. The Clifton Manual 1830 is in red gold and has a new movement with a hairspring in laminated silicon, to improve precision in changing temperatures and positions. It’s an entirely classical dress watch, with a sapphire caseback revealing the beautifully finished calibre. It is 42 mm across, 8.9 mm thick, with a water resistance of 50 metres and a black alligator strap. The dial shows a lot of attention to detail, with the brand’s hallmark typefont used for the numerals, and a date window nicely integrated into the overall design, with radial sides instead of the more usual rectangle. 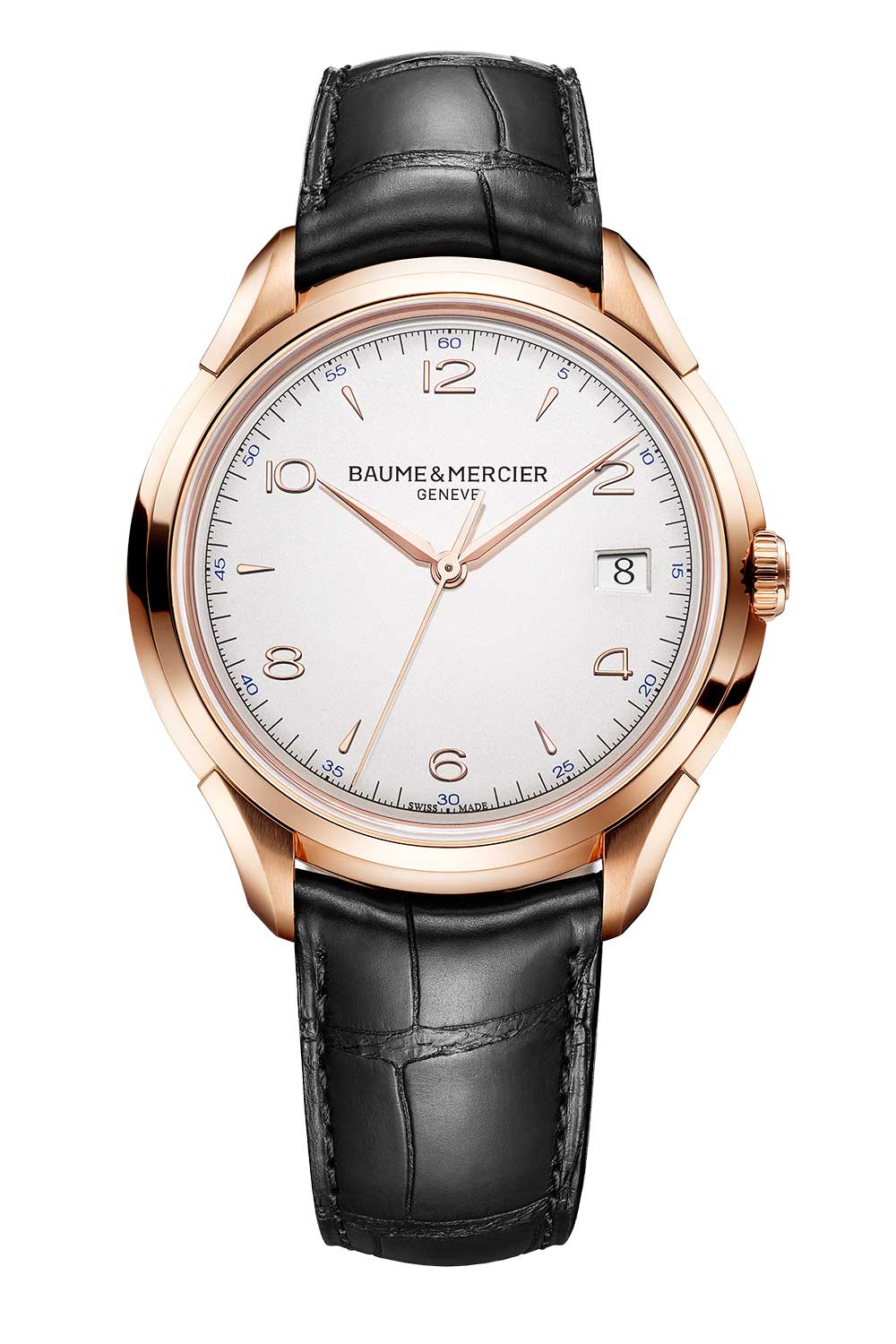 The movement is manually-wound, and the first notable feature is its power reserve of 90 hours, not far short of four days. Winding a watch becomes a part of the morning ritual but the 90-hour power reserve keeps it going when you leave it at home for the weekend. But the most significant feature is in the balance and hairspring, that incorporate technology developed by the Research & Innovation team at Richemont Group. The hairspring is in silicon, in two layers. Silicon is a material with a crystalline structure, and so its elastic modulus is different in different directions. Using two layers at different crystalline orientations evens out the differences (as shown in the diagram below, in which the elastic moduli of the two separate layers are shown with dotted lines, and the resulting modulus of the composite material with the solid blue line). The two layers are bound using silicon dioxide. The resulting hairspring is less affected by temperature variations. So precision is improved in day-to-day use. Silicon is also anti-magnetic. Richemont Group call this new balance spring TwinSpir.

The balance wheel is also a new design, with inertia weights that can be used for regulation instead of the more usual index-pin regulator that adjusts the active length of the hairspring. The calibre was developed by the Richemont Group’s Manufacture Horlogère ValFleurier. Movement finish includes Côtes de Genève, circular graining and blued steel screws. 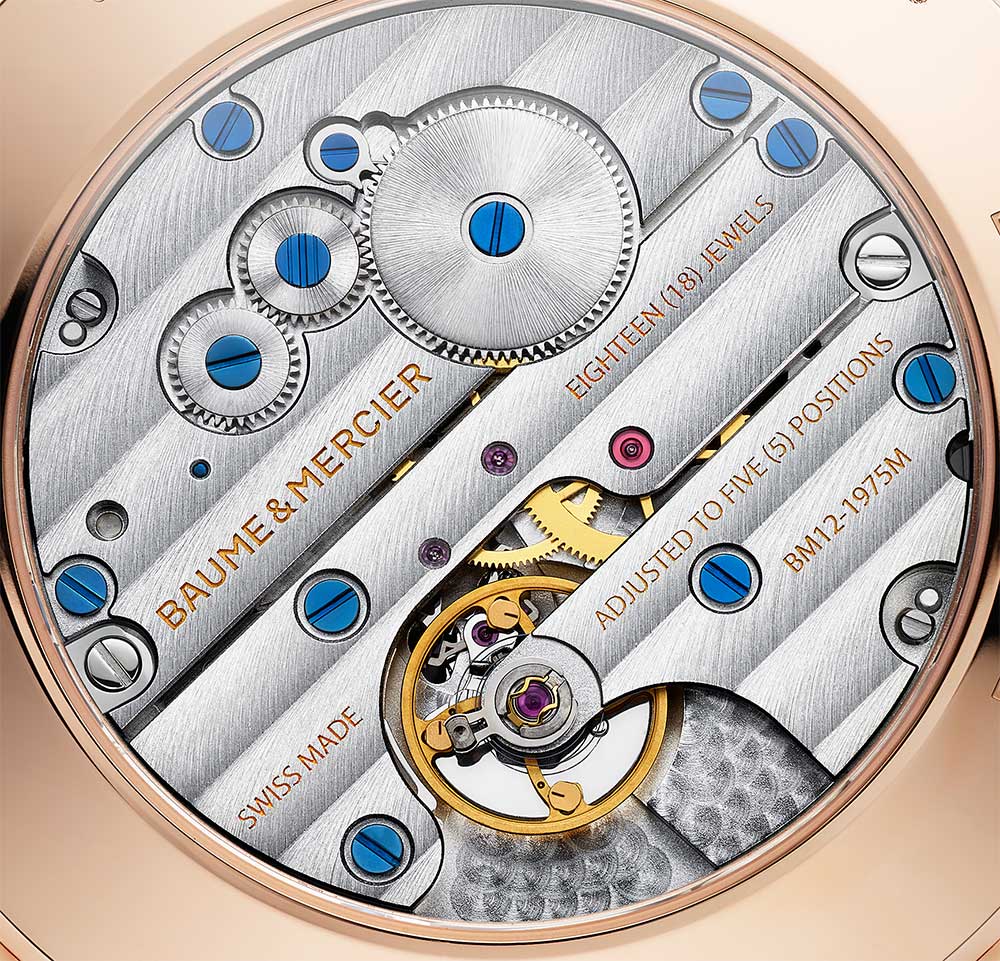