The first Art Piece watches by Greubel Forsey contained a tiny sculpture, small enough to fit in the eye of a needle, and a magnifying sysem so that you could see it. In the new Art Piece 2 Edition 2, Robert Greubel and Stephen Forsey say, actually it’s the watch that is a work of art. I suppose that they are entitled to their opinion, but personally I think that there is a difference between contemporary art concepts and those present in Art Piece 2 Edition 2. 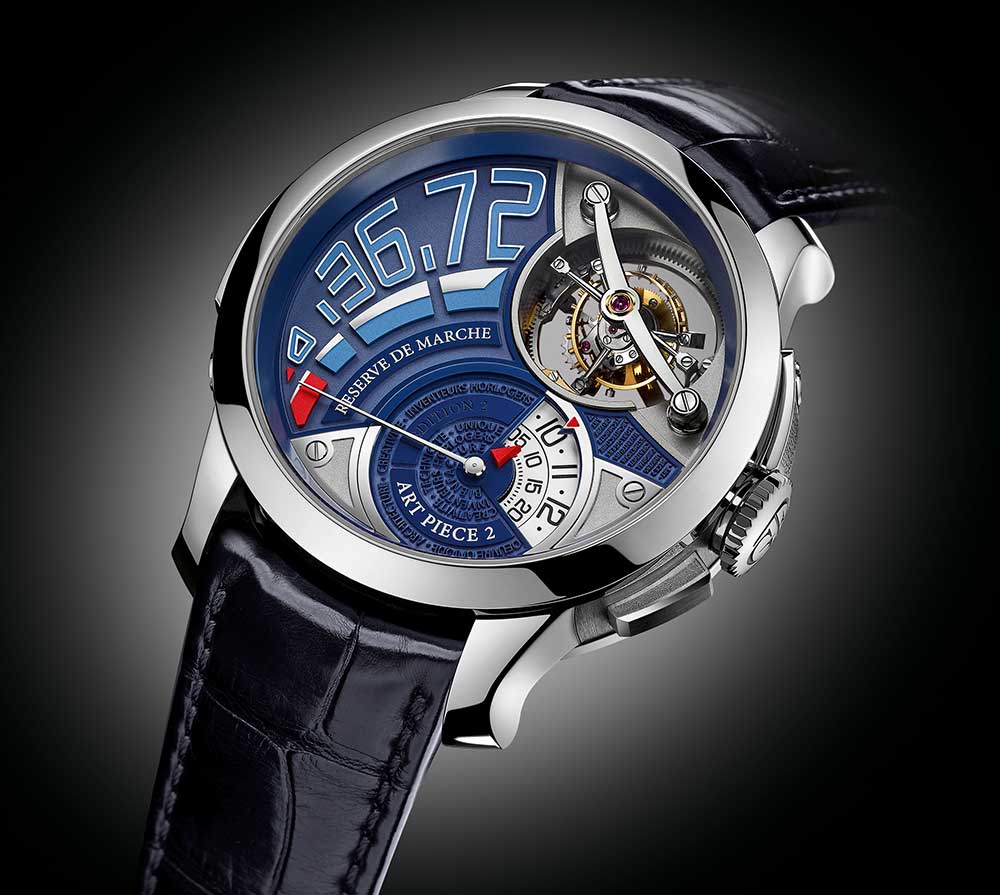 A tourbillon is a kinetic sculputre, say Greubel Forsey, above all when it is as complex as this one, with two cages with different rotation speeds. And the concept of time is different to that on normal watches. To read the time, you press a pusher, and a metallized synthetic sapphire shutter opens to reveal hours and minutes shown on discs. Much more space is dedicated to the power reserve indication, with giant numerals for the 72-hour scale. The needle showing the power reserve is on the same pivot as that of the hour and minute discs, and it remains visible at all times. The important thing, say Robert and Stephen, is not the time, but the time remaining. This is a popular theme in watchmaking, as shown by the many watches on the skull theme (with one piece by Mr. Jones Watches with “Remember- you will die” written by the hour and minute hands). In my opinion, giving metaphysical significance to a power reserve indicator and saying that it is art is pushing it a bit. 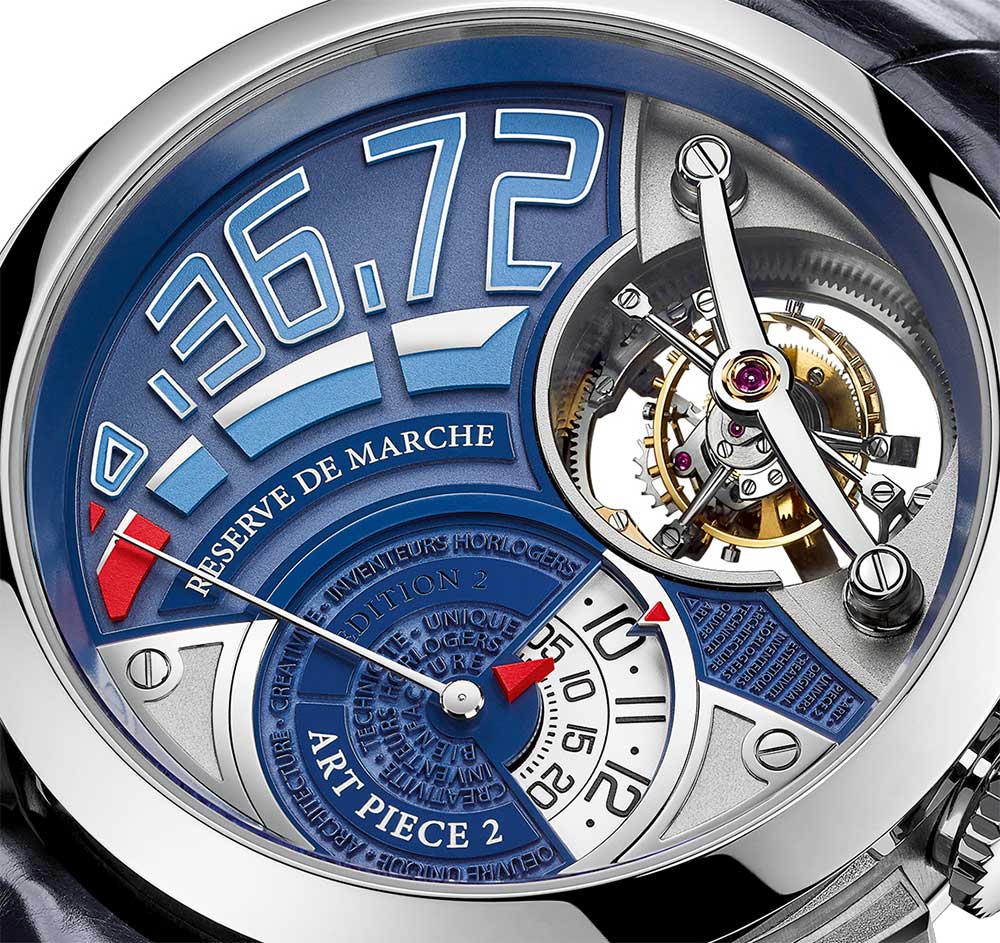 The watch is large, with a white gold case 44 mm in diameter and over 16 mm thick (water resistance 3 atm, 30 metres). The sapphire caseback provides another view of the tourbillon, with the founders’ signature in relief on the mainplate. The movement has 412 parts; the tourbillon assembly alone comprises 130 components, with the two cages weighing just 1.13 grams. The watch is hand-wound, with two series-coupled spring barrels, one with a slipping spring to avoid damage caused by overwinding. The balance wheel has white gold inertia weights for regulation, and it runs at 21,600 vibrations per hour, 3 Hertz. The inner tourbillon is inclined at 30° and rotates once per minute, the outer cage rotates once every 4 minutes. 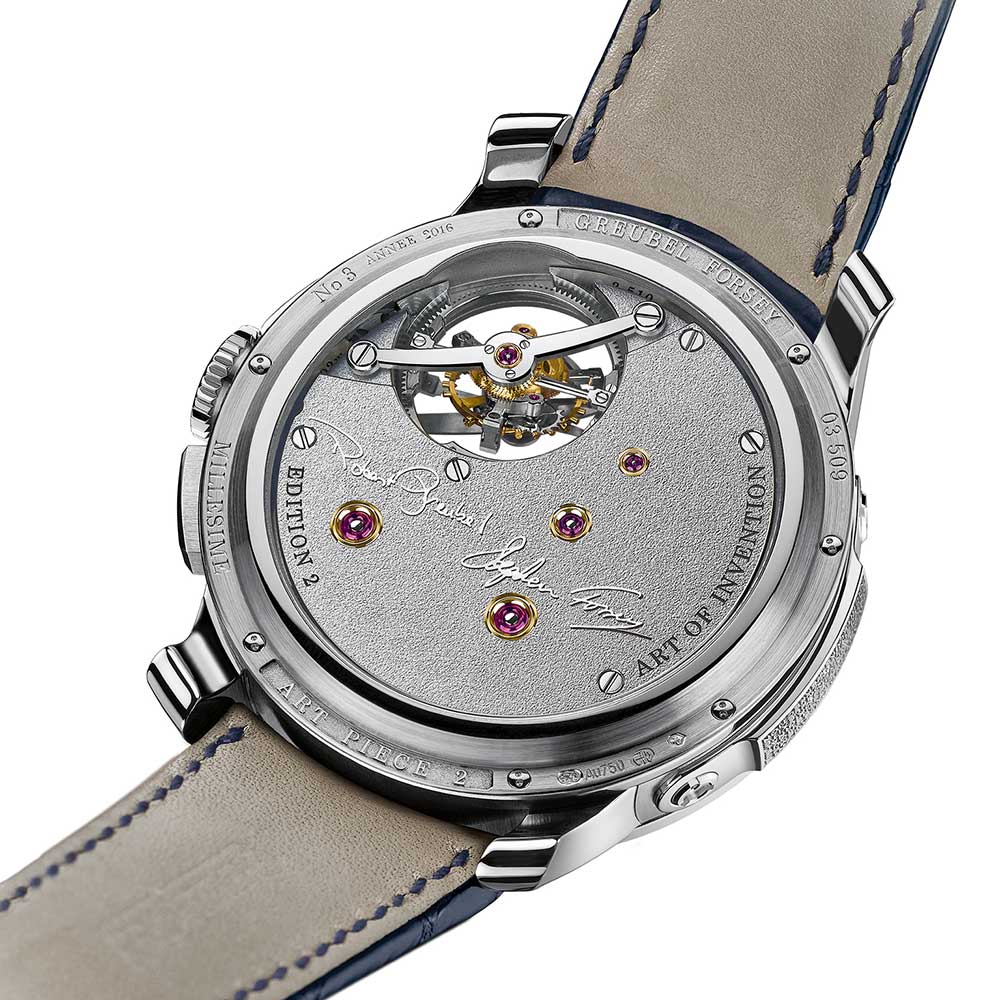 Price of the Art Piece 2 Edition 2

Greubel Forsey call this a “Millésimé” edition, so that just a few watches will be made every year. Last year, five art pieces were produced. Art Piece 2 Edition 2 costs 490,000 Swiss francs. It seems to be an approach that works: the single watch made as part of their “Naissance d’un montre” project – in which a talented watchmaker was chosen as a recipient for traditional watch-making knowledge and built a single piece over the course of nine years – was sold at Christies for $1,450,000 in May 2016. 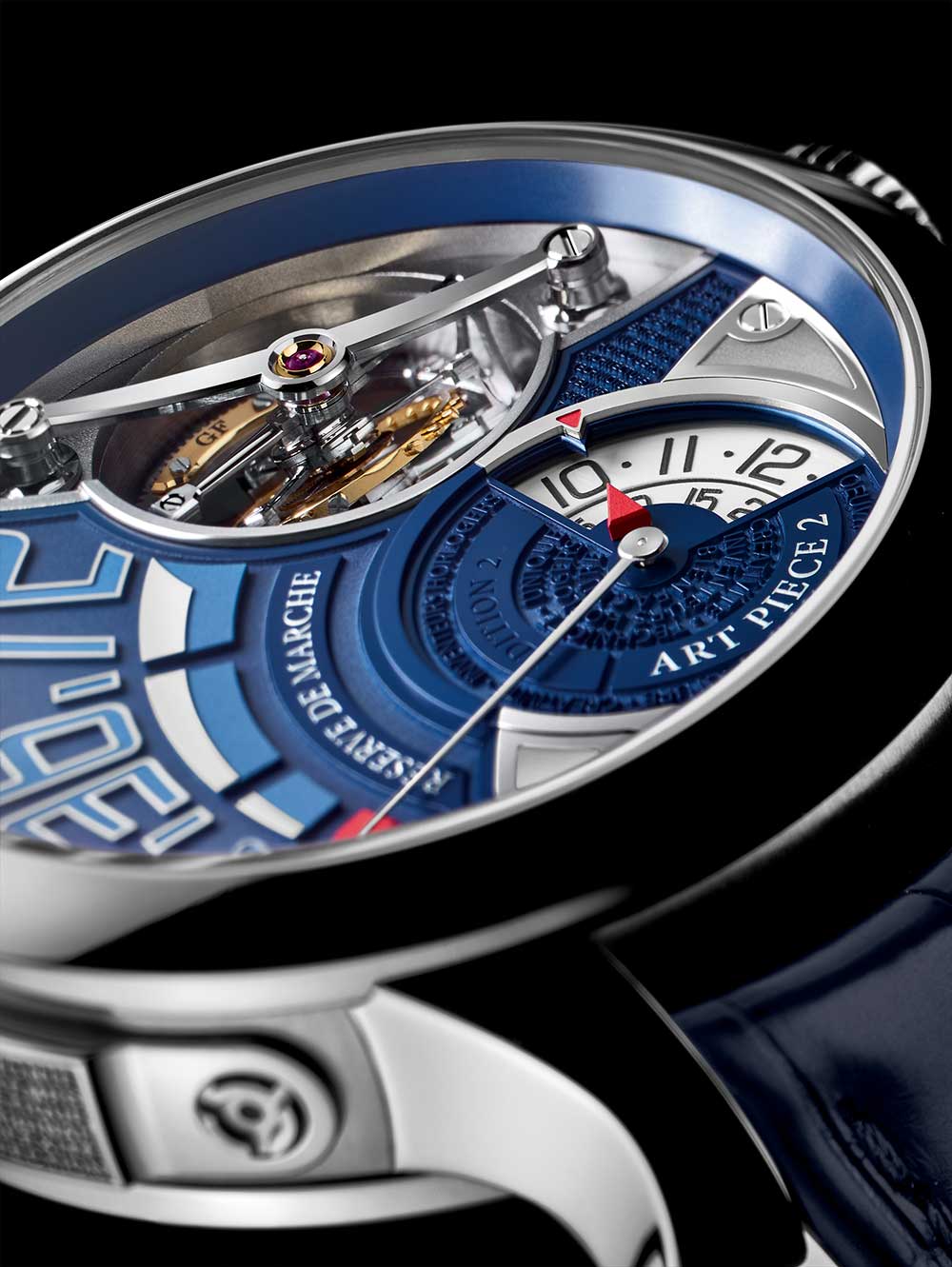