The unusual thing about this watch is the fact that you can now see the tourbillon from the dial. Up until now, watches by Laurent Ferrier have had something of the 19th century discretion and functional logic that can be seen in brands like A. Lange & Söhne. In other words, the tourbillon is a feature designed to improve accuracy, and the dial should show the time, so the tourbillon is only visible from the caseback. In the Galet Classic Dual Tourbillon Double Spiral, when compared to the previous verson, the dial is different, with a well displaying the tourbillon. This must have been a difficult decision for Laurent Ferrier and his son Christian, who works with him on movement design. The official press release says, “for Laurent Ferrier, it was a challenge because he always strives to be consistent in both his horological values and aesthetic codes.” The request to be able to see the tourbillon from the front came from customers. 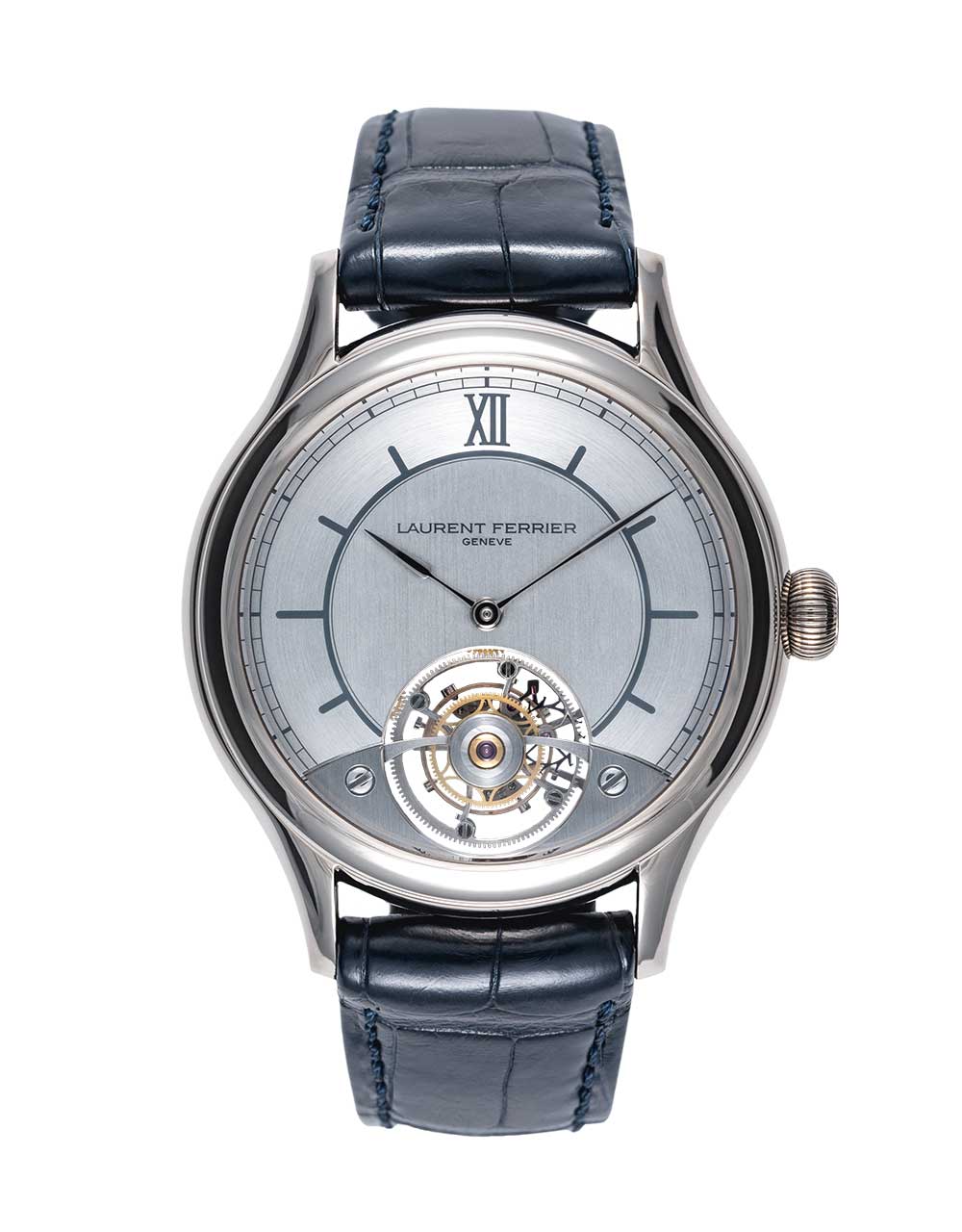 Once the decision had been taken, the problem was how to achieve it. Laurent Ferrier wanted the tourbillon to stay in its original position. To enhance the dial-side view, he created a new bridge that fits the overall geometry. The tourbillon looks different to most because from the front, we are still seeing its reverse side, so to speak. The best-looking part is still that visible through the caseback. 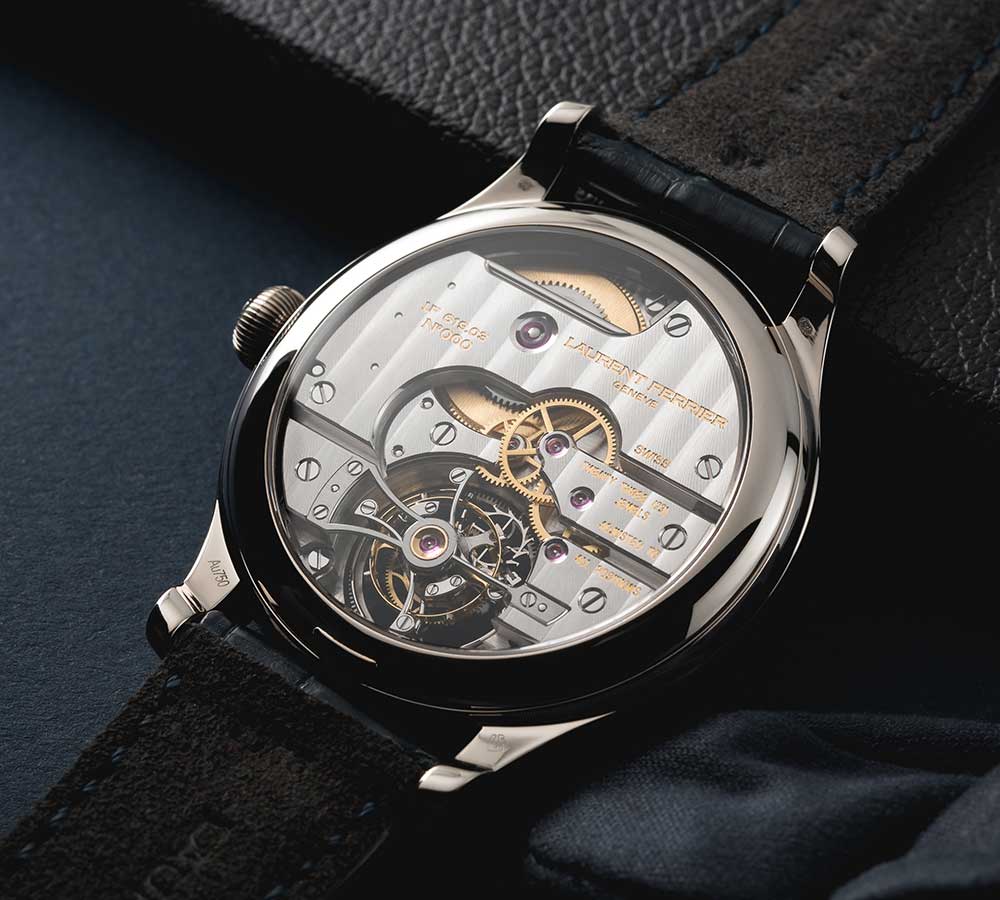 The original Galet Classic Tourbillon Double Hairspring, presented in 2010 and winner of an award at the GPHG Geneva watchmaking prizes, has a small seconds dial at 6 o’clock, and a complete chapter ring for the minutes. These are the things that Laurent Ferrier had to forego in the new watch. The movement is the in-house Laurent Ferrier LF 619.03, hand-wound and chronometer-certified. The tourbillon balance runs at 21,600 vibrations per hour, and the watch has a power reserve of 80 hours. The double hairspring is the ideal complement to the tourbillon: the two balance springs are mounted in opposition, so that their radial forces cancel out, reducing friction and increasing precision and reliability. 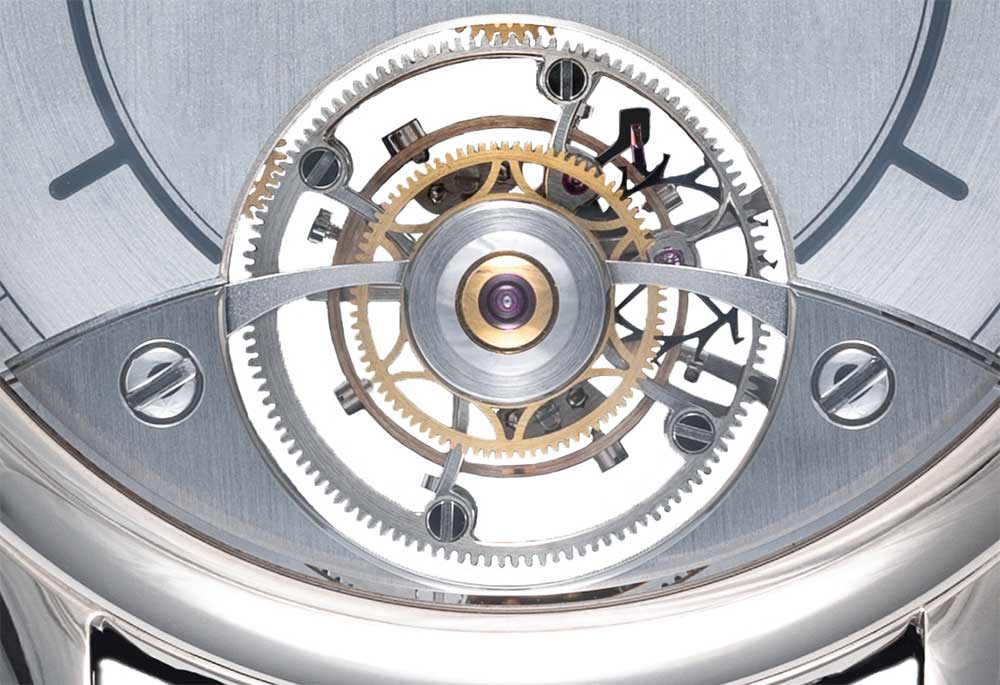 The pleasure of winding

The long-blade ratchet pawl system that Laurent Ferrier in this movement is typical of 19th century chronometers. It improves the sensation transmitted to the owner during winding, using the oval crown, with a series of tangible clicks. The objective is to make winding part of the morning ritual, after fastening your cufflinks and putting on your suit. 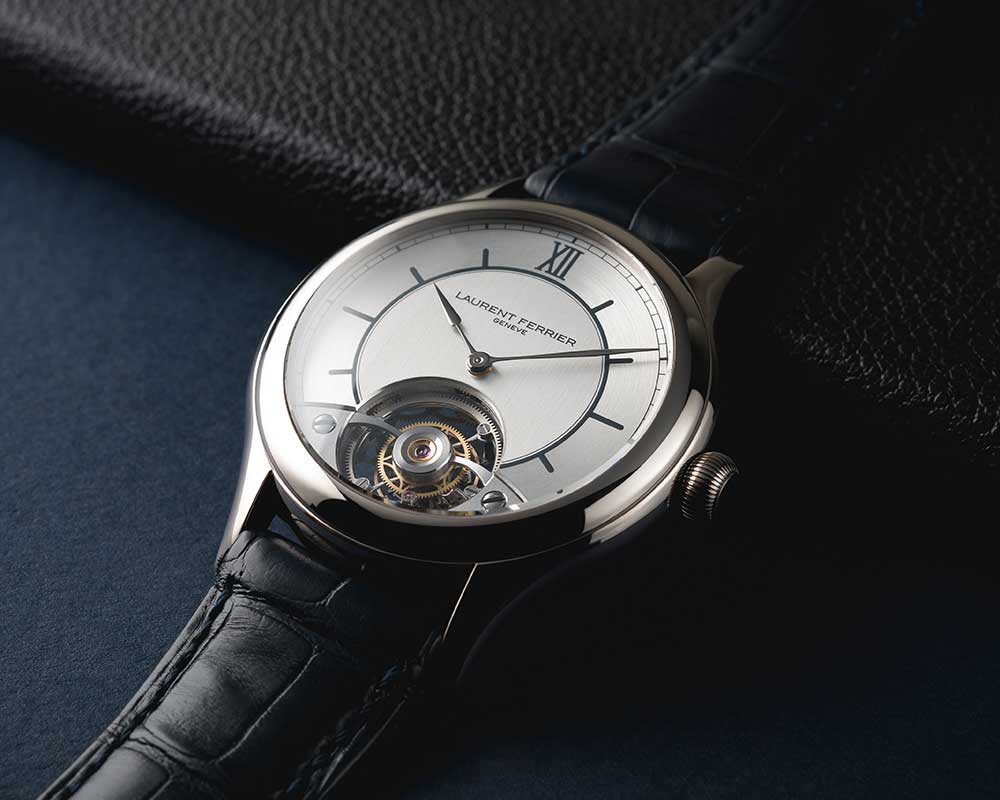 The watch has a white gold case, 41 mm in diameter, water resistance 30 metres. The dial is silver-toned with vertical satin brushed finish in the centre, with markings that are instantly recognizable as Laurent Ferrier. The strap is in blue alligator leather with Alcantara lining and a white gold pin buckle or folding clasp.