Fawaz Gruosi of de Grisogono launched the New Retro collection two years ago. These rectangular, 1950s style watches were inspired by the shape of his cigar case, and feature a watchcase consisting of two curving sapphire crystals united by a gold caseband. New Retro had a degree of resemblance to another period design, the East West by Tiffany & Co. In 2017, de Grisogono present the tourbillon version, New Retro Skeleton Tourbillon. The watch is horizontally composed, with the tourbillon at 3 o’clock and the mainspring barrel at 9 o’clock, suspended on gracefully curving vertical bridges. The crown is positioned at 12 o’clock. The case is 51 mm across, 44 mm from top to bottom and 12.3 mm thick. It is water-resistant to 30 metres, and has an alligator leather strap. 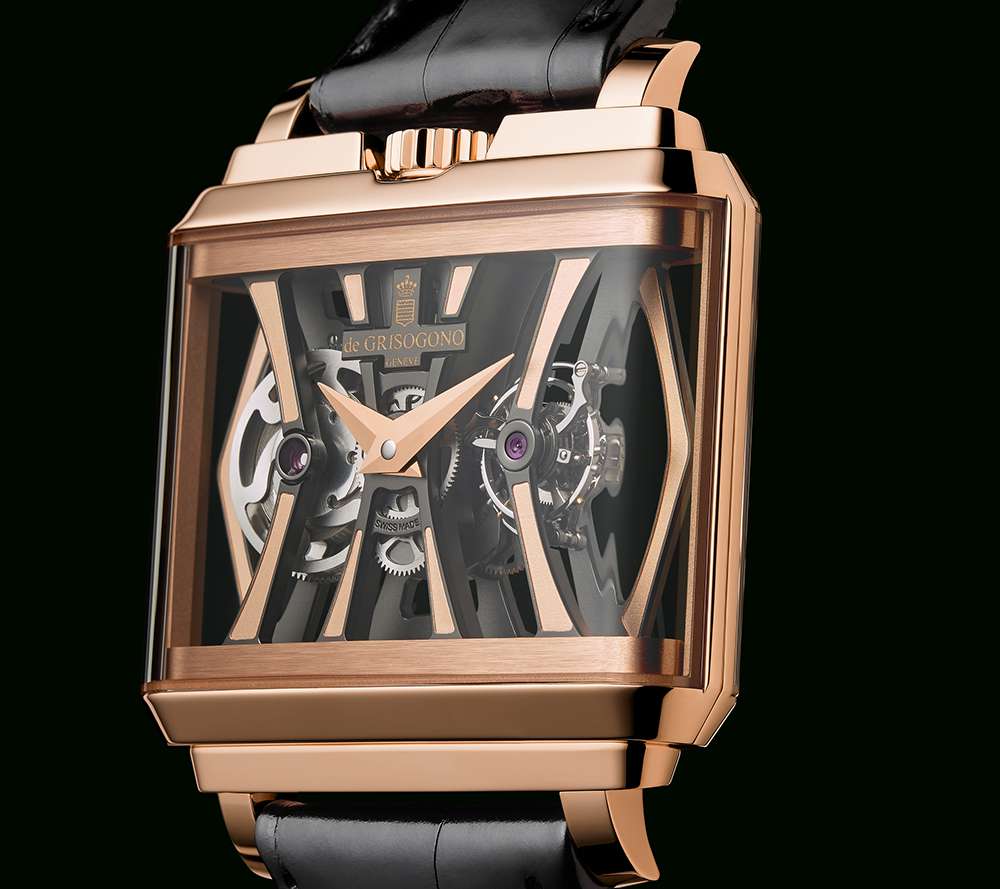 Differentiated decoration of tourbillon and mainspring

The tourbillon assembly consists of 83 components, with upper and lower bridges plated in black rhodium and decorated in gold. The barrel has an open-worked scroll motif that reveals the mainspring. Other parts of the movement, visible from both front and back, are decorated with contrasting sunburst finish and black lacquer coating. 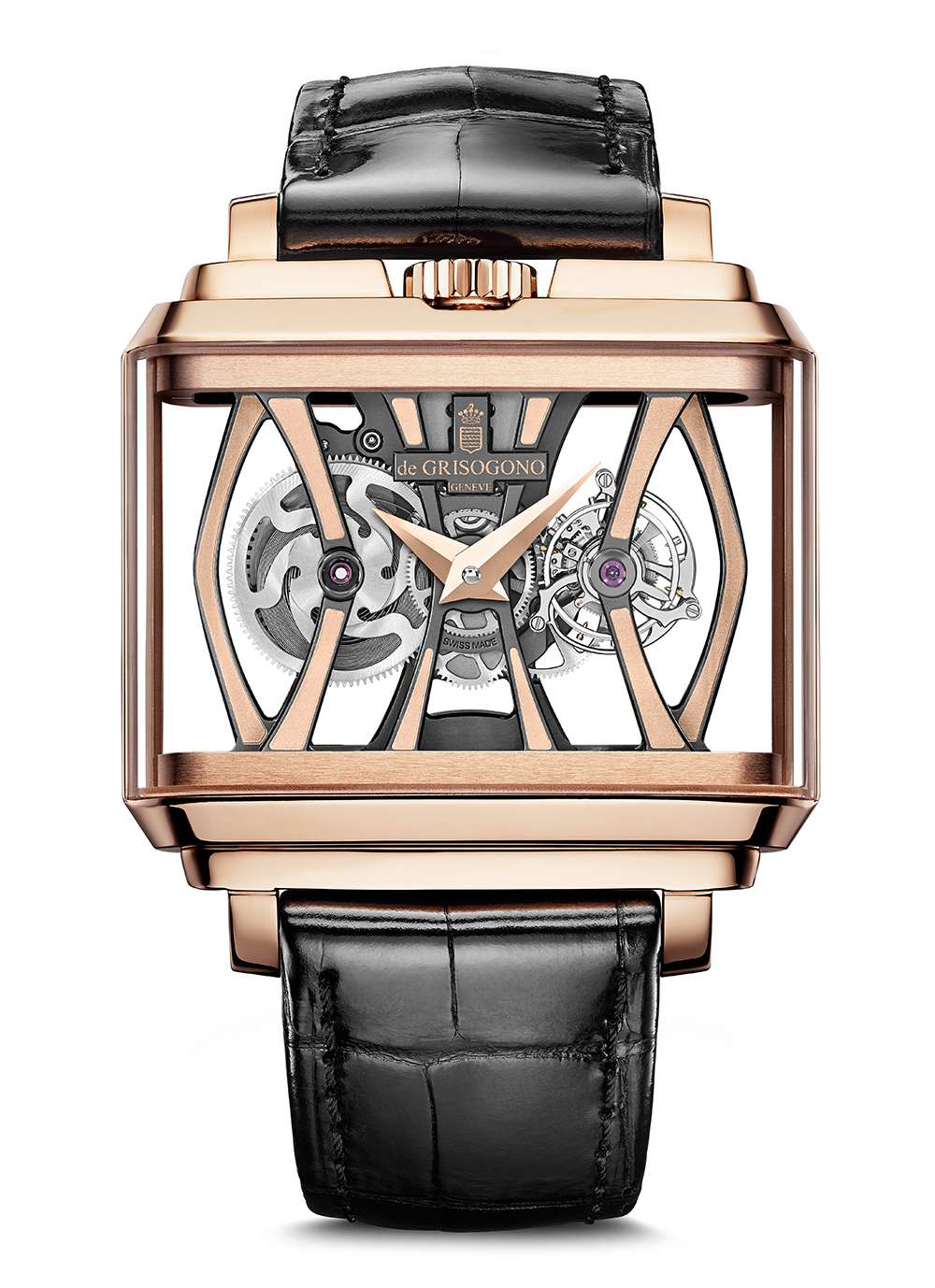 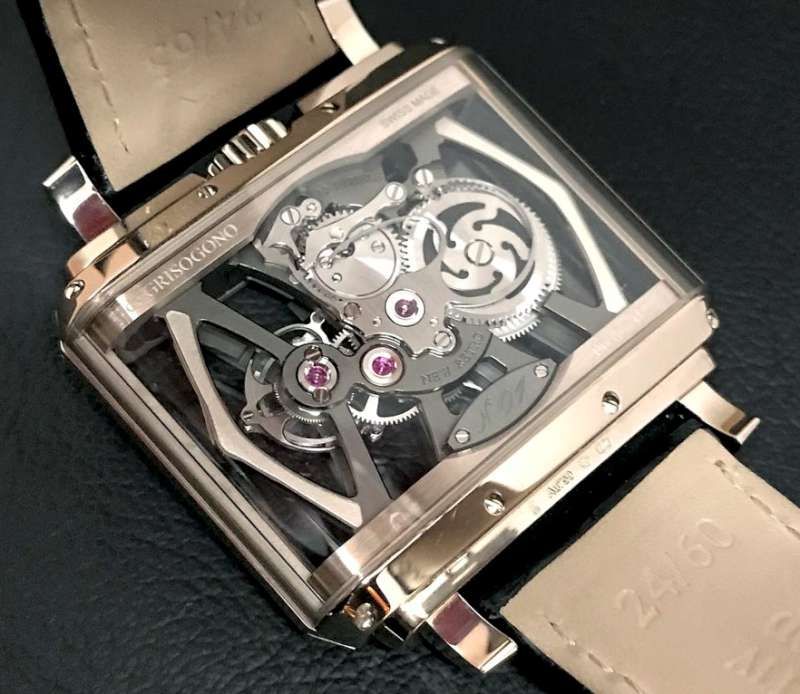 The de Grisogono New Retro Skeleton Tourbillon is available in two versions, N01 and N02, limited editions in pink gold or white gold, each 25 pieces. Both versions cost 115,000 Swiss francs, €110,000, and they are available from July 2017. More on the de Grisogono website. 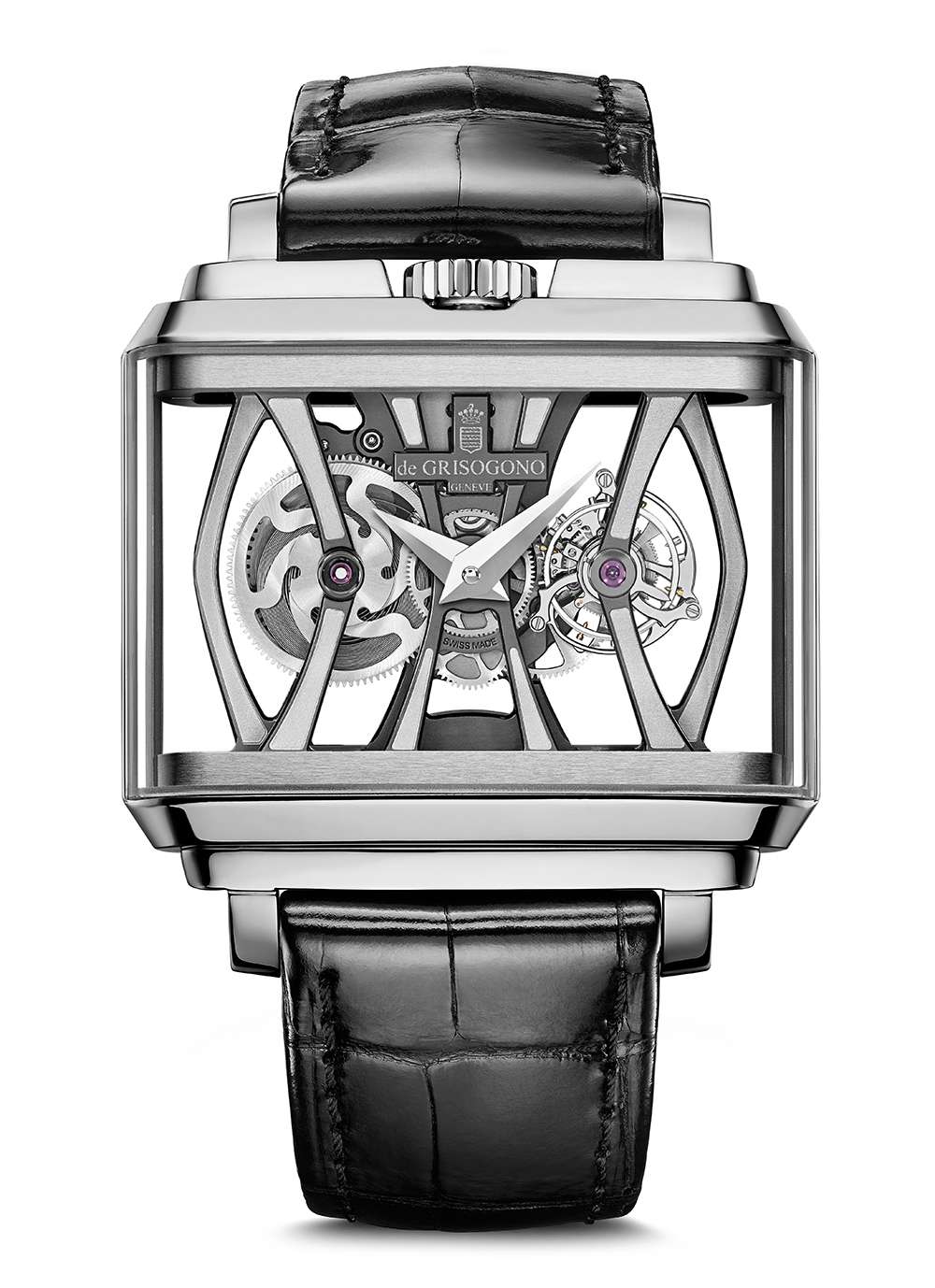