The Arceau watch by Hermès was designed almost 40 years ago, by Henri d’Origny in 1978, but looks contemporary still today. The Hermès Arceau Très Grand Modèle is distinctive for its asymmetric lugs that recall a stirrup, and above all for the lovely sloping font which according to the brand evokes a galloping horse. The watch is now available with a new hazelnut-colour dial, with an etoupe matt alligator strap and a steel pin buckle. 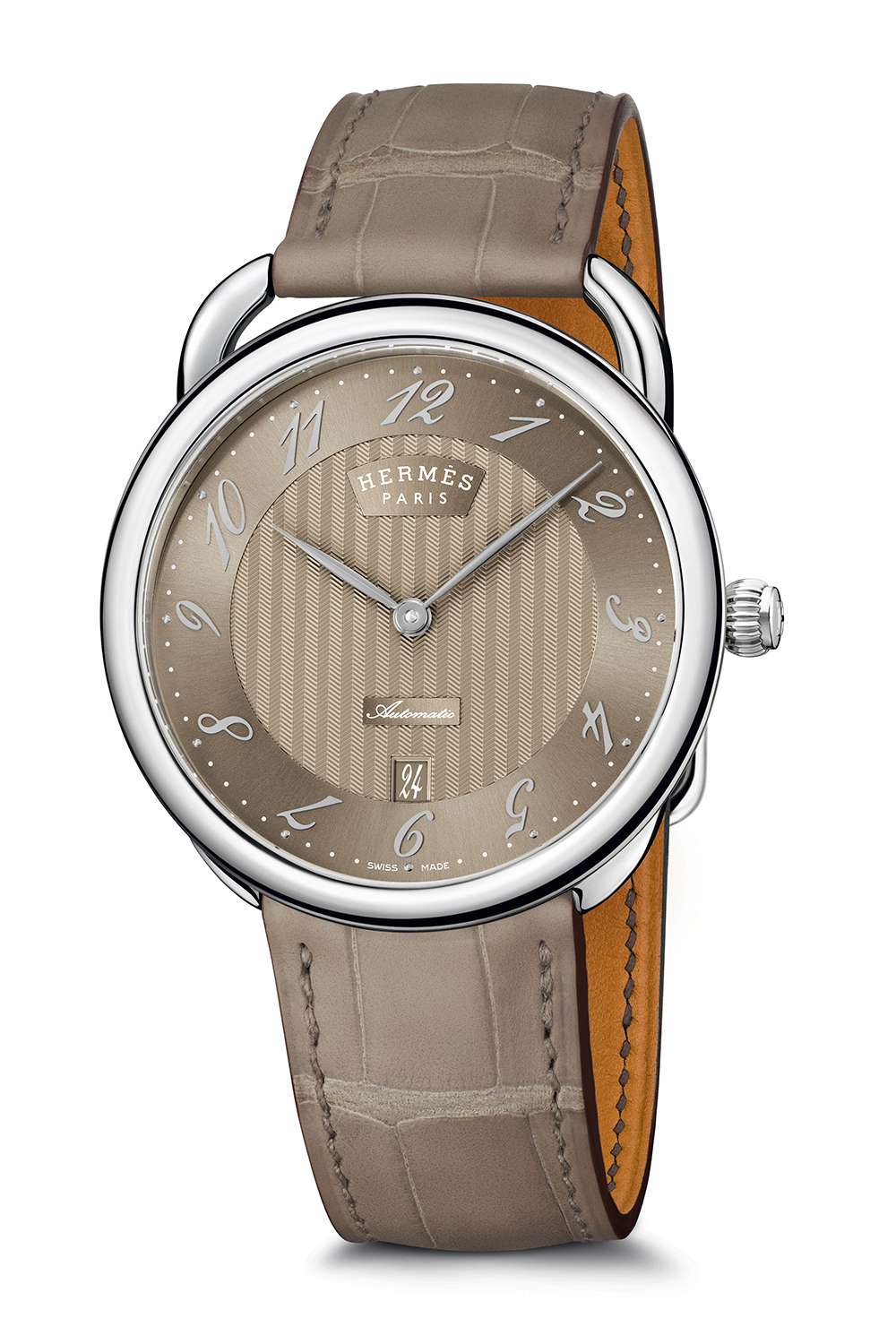 The case is in 316L stainless steel, 40 mm in diameter (in 1978, that was a “Très Grand Modèle”), with the standard 3-bar water resistance. The dial has attractively diversified finish, with a printed chevron motif, a sunburst chapter ring and raised black gold Arabic numerals. 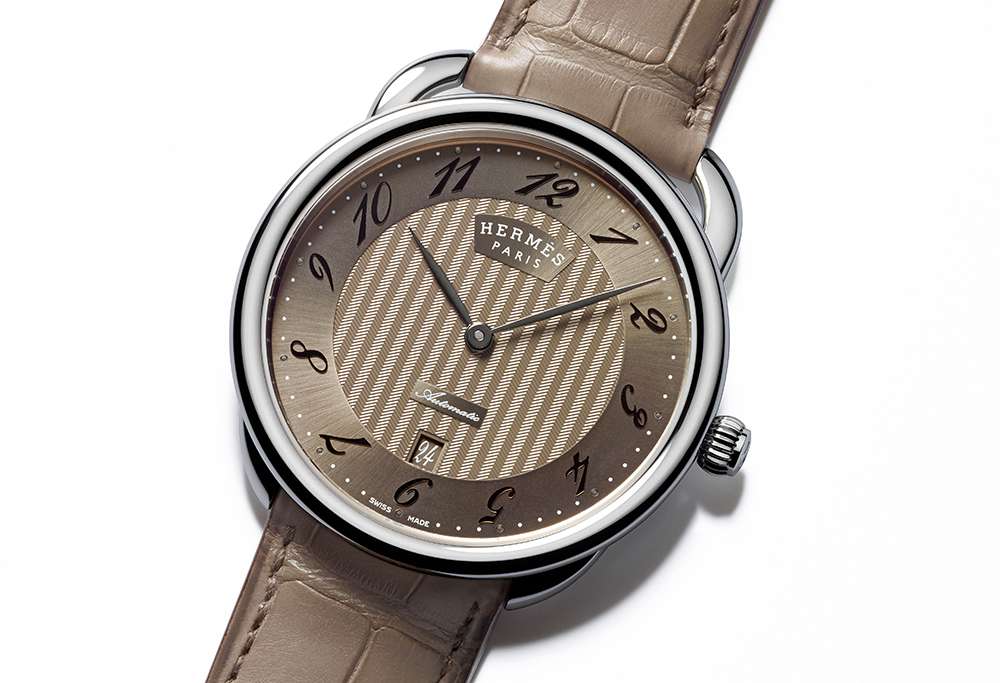 The watch is powered by the Hermès Calibre H1837 movement by Manufacture Vaucher, and as Hermès hold a 25% share of Vaucher, it can be considered an in-house movement. It has 193 components, 28 jewels, and is 3.7 mm thick. The calibre is self-winding, running at 4 Hertz (28,800 vph), with a power reserve of 50 hours. The sapphire caseback reveals the lovely finish with the “sprinkling of Hs” motifs on the bridges and oscillating weight, instead of the usual Côtes de Genève stripes. 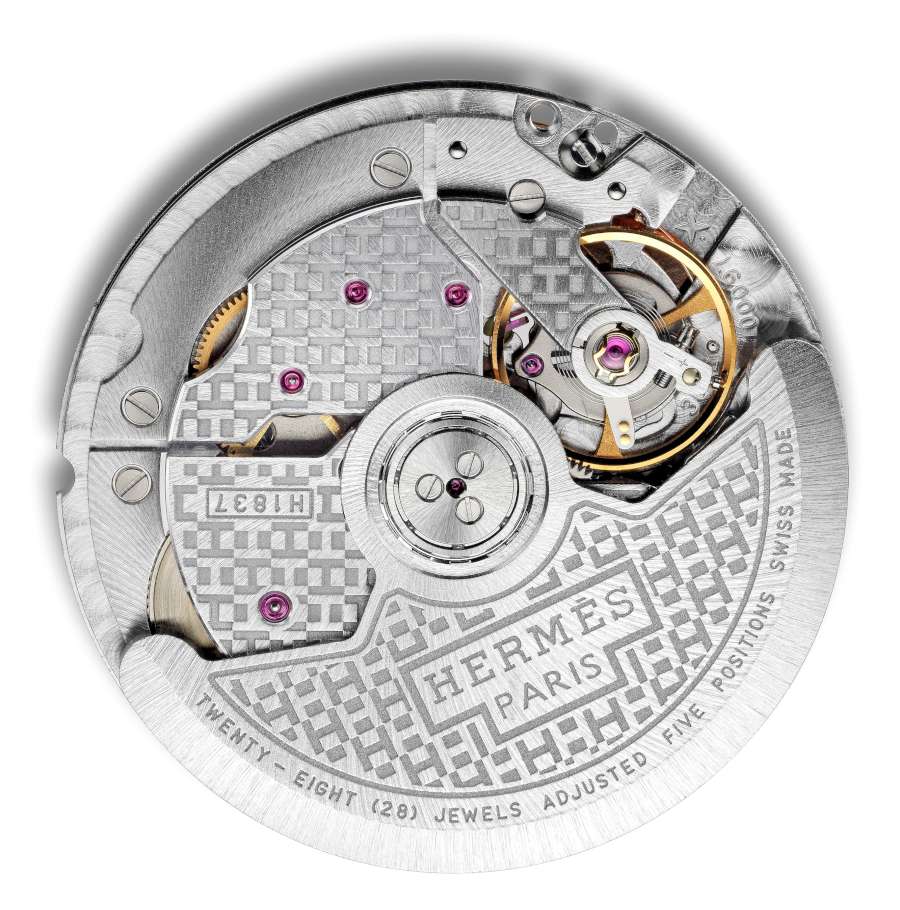 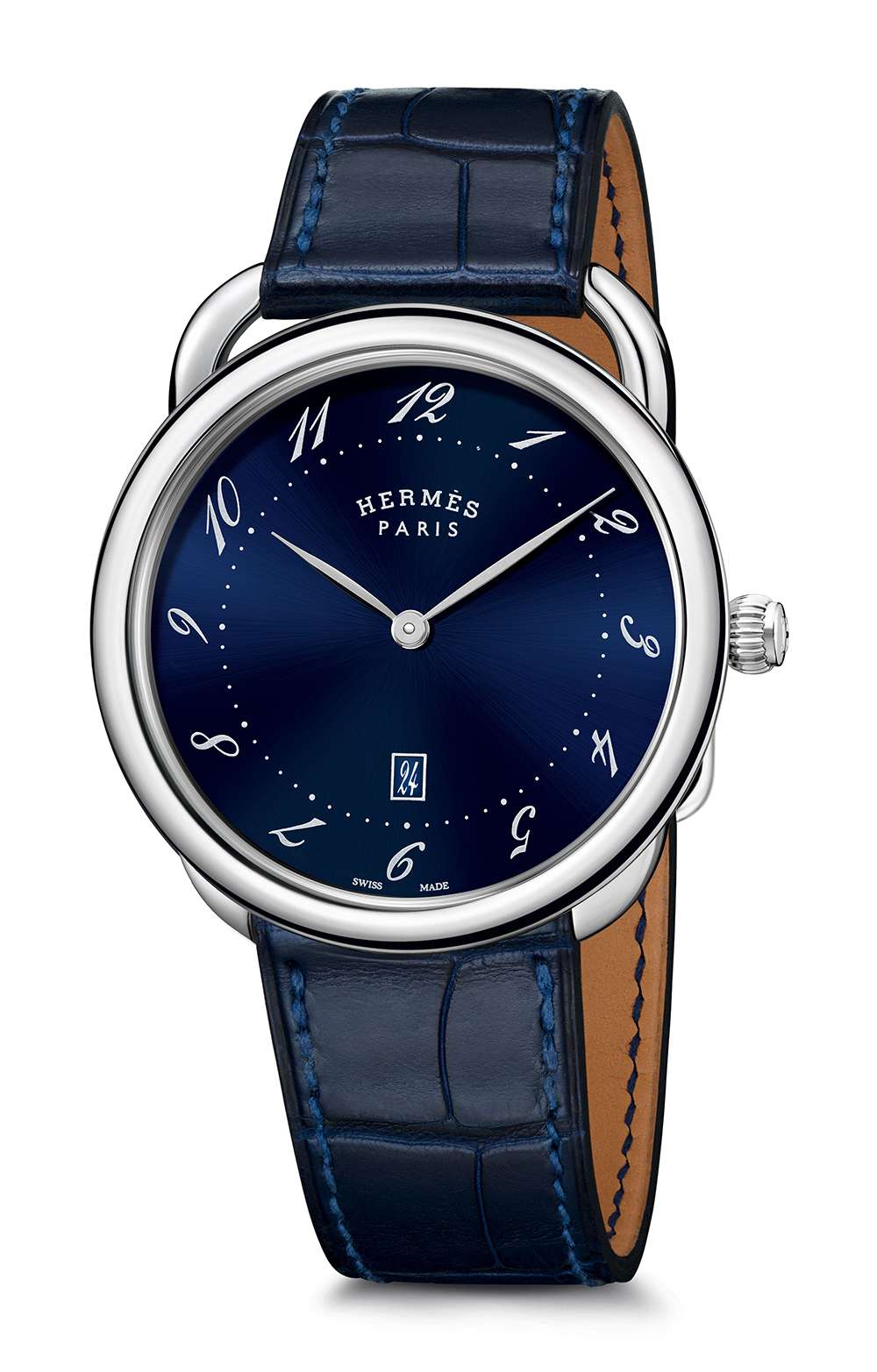