Audemars Piguet periodically update their Royal Oak Offshore Chronograph, which was the first Royal Oak chronograph to be introduced about 24 years ago (1992-1993). The men’s Royal Oak Offshore Summer Edition 2017, reference 26408OR.OO.A010CA.01, has a 44 pink gold case, a silvered dial with the “Méga Tapisserie”  guilloche pattern (a sportier version of the original “Petite Tapisserie” texture devised by Gerald Genta for the first Royal Oak), and two-tone subdials. The white rubber strap gives it the summer feel that it shares with the women’s model also introduced from 1 July 2017: it has a pink gold pin buckle, and the watch is supplied with another blue rubber strap. 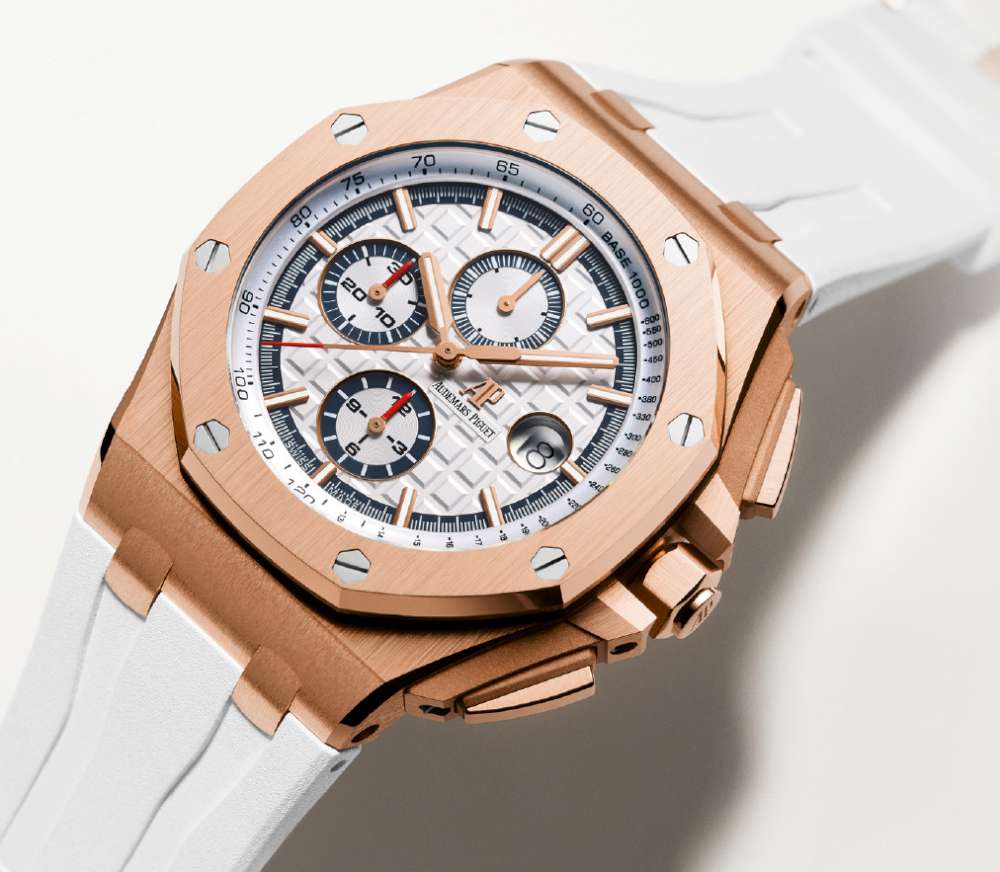 A watch for the beach

Perhaps you could consider this a watch for the beach, with its 100 metre water resistance provided in part by the screw-down crown. Considering the price, it would have to be something like Nikki Beach in St. Tropez. But the way that Audemars Piguet have succeeded in giving a young, fresh look to its watches is well expressed by this piece, and it is a feature that sets the brand apart from most. 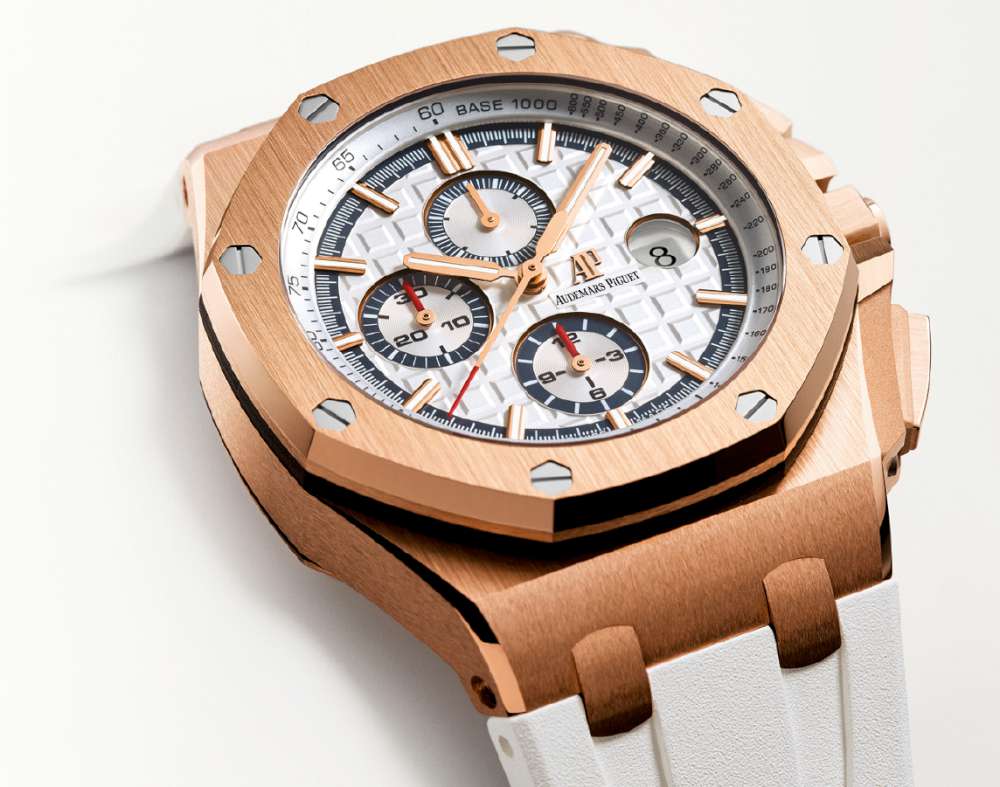 This movement is just over 7 mm thick, with 365 parts and 59 jewels, running at 3 Hertz, 21,600 vibrations per hour, power reserve 50 hours. It has an instantaneously jumping date, which can be adjusted rapidly using the crown. The self-winding calibre 3126/3840 is based on the Audemars Piguet 3120 with the Dubois Depraz chronograph module. Information on this combination of an in-house base movement with a chronograph module is hard to come by, but I think that the chronograph module is of the lever type, so no crown wheel. As regards the in-house part, the oscillating weight runs on ceramic bearings, and the balance has 8 variable inertia weights for rate adjustment. 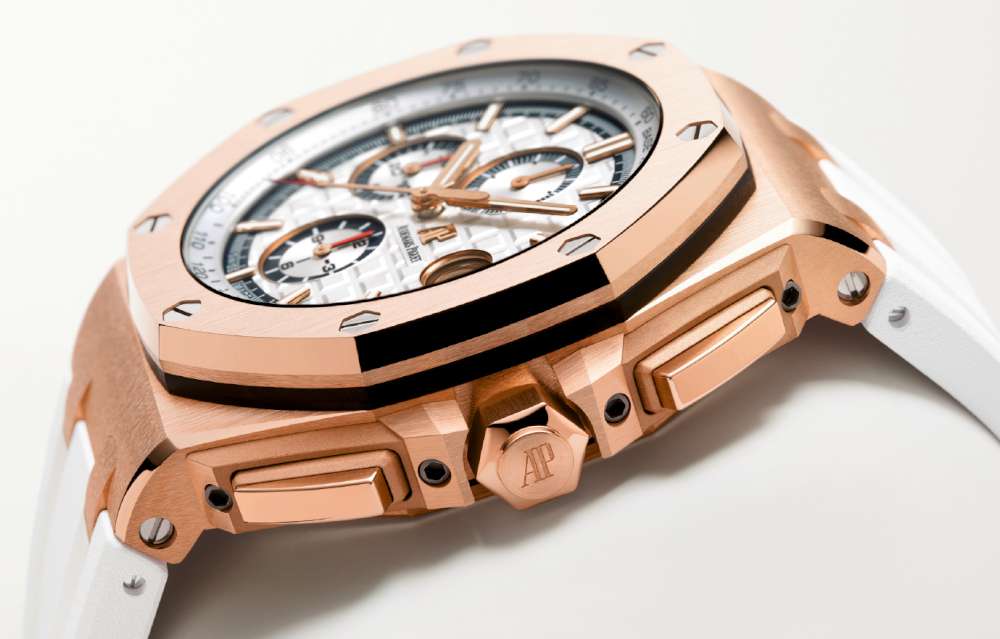 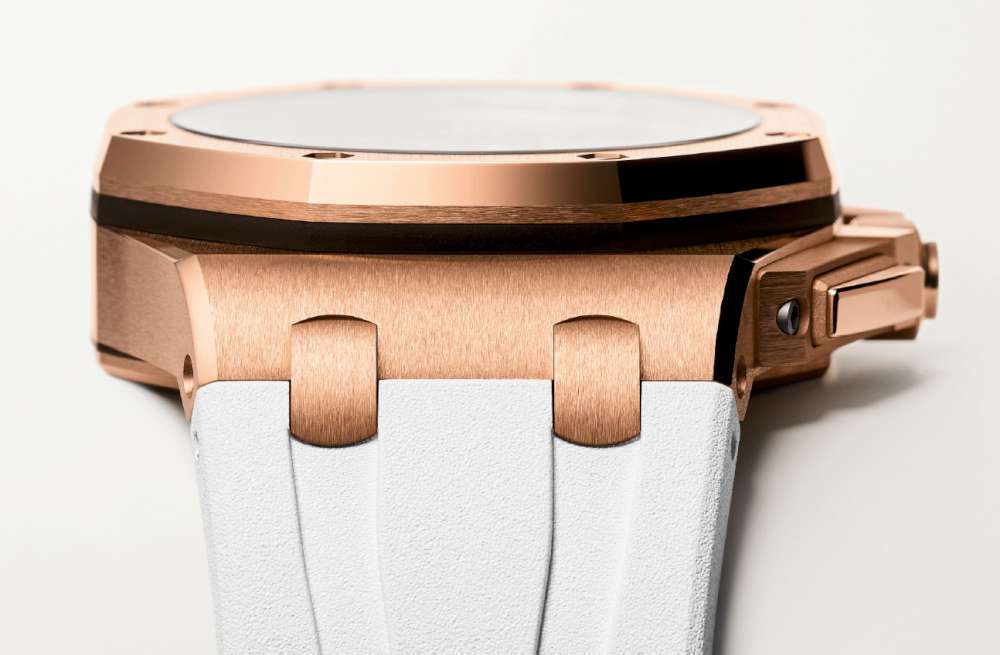