Ball Watch Co. has introduced the Engineer III Endurance 1917, launched for pre-order with delivery in November 2017 at a special price. These watches celebrate the 100th anniversary of Ernest Shackleton’s Trans-Antarctic Expedition, which concluded with their return to the UK on 29 May 1917 after three years of endurance in the Antarctic. Endurance was the name of the expedition, and of the ship that carried Shackleton’s party through the pack ice. The Engineer III Endurance 1917 watches have chronometer-standard movements, are built to operate at extremes of temperature, and some models have a thermometer on the dial marked with temperatures from -40°C to 50°C. Their source of luminosity is also relatively unusual, micro gas tubes, powered by H3 (tritium), producing light that is initially 100 times more intense than SuperLuminova, with a lifetime of 25 years. 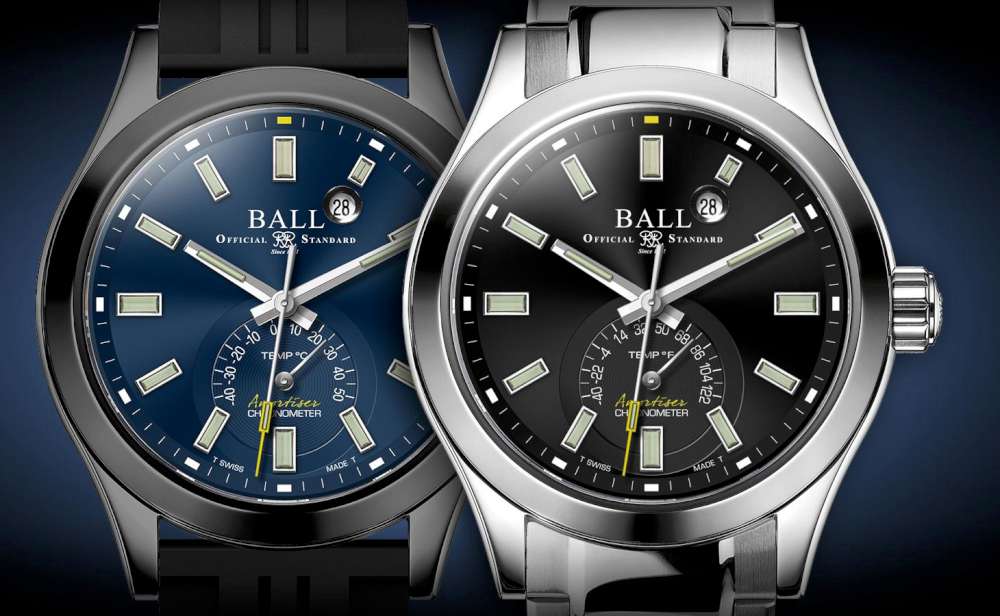 The most interesting pieces are those with a mechanical thermometer, designated TMT. The cases of these versions are 42 mm in diameter, 13 mm thick, in 316L stainless steel with high molybdenum content for good corrosion resistance, or stainless steel with a titanium carbide (TiC) coating for added scratch resistance and a darker, sleeker appearance. The crown is screw-down, giving the watch a water resistance of 100 metres. A mu-metal inner case provides anti-magnetism of up to 80,000 A/m, equivalent to 1,005 gauss.

The dial of the Endurance 1917 TMT is rather busy, with the Ball logo complete with the words “official RR standard.” Webster Clay Ball (usually abbreviated to Webb C. Ball) was a jeweller in Cleveland, Ohio, who adopted Standard Time when it was introduced in 1883, and used U.S.Naval Observatory time signals to regulate the time in Cleveland. After a disastrous train crash at Kipton, Ohio in 1881 caused by a conductor’s faulty watch that had stopped for a few minutes, Webb C. Ball was appointed “chief time inspector” for the railways, and introduced guidelines on the precision and reliability of the watches used by railroad personnel. This became the “Official Railroad Standard,” not all that different to what would much later become the COSC chronometer certification scheme. Though originally an American brand, descendants of Webb C. Ball sold the rights to the name in the 1990s, and Ball Watch Co. is now based in La Chaux-de-Fonds in Switzerland.
The TMT versions have a circular date window at 1 o’clock, and the luminous hour marker is shorter in this position. It’s an unusual arrangement when compared to the normal 3 o’clock position: perhaps it is placed there to make room for the temperature gauge. 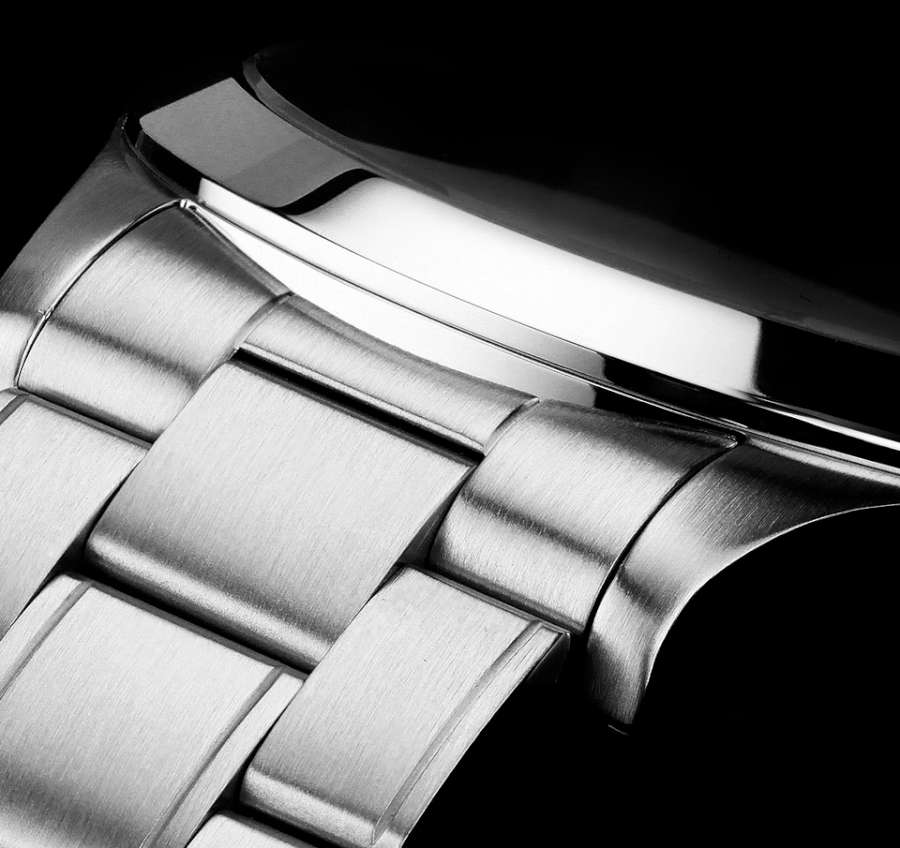 The movement of the Endurance 1917 TMT is the Ball RR1601-C, which is the ETA 2892 in its chronometer version, which typically attains an accuracy of -2/+2 seconds max deviation per day, though the COSC testing guarantees -4/+6 seconds per day. What sets this movement apart from most is that the oil used for lubrication is of a special type that guarantees reliable functioning from -40°C to +60°C. In addition, the brand have their own patented “Amortiser” system increasing the watch’s resistance to side shocks. This is referenced on the dial, in yellow lettering. The amortiser system protects the oscillating weight. In other Ball watches with the amortiser system, a rotating switch on the caseback locks or unlocks the rotor, so that if you are in a situation in which the watch is exposed to harsh movements that could potentially damage the bearing of the oscillating weight, you can lock it. The oscillating weight doesn’t move and so can’t wind the watch. You just have to unlock it to return to the normal situation. In the Endurance 1917 the caseback has an engraving of Shackleton’s ship in the ice (perhaps this also depicts a map of part of the Antarctic), but from the photo I can’t see the on-off markings that are present on other Ball watches with the Amortiser system.

Ball have used the thermometer before on their watches, and it is reported to be accurate to within a degree or two, though in  this piece, the scale itself, available either in Fahrenheit or Centigrade, has markings at 5°C or 9°F intervals and so readings will always be approximate. The only problem with the thermometer is that at temperatures of less than 37°C, if you are wearing the watch, body heat will provide a temperature reading that is too high. Ball say that to read the temperature, you have to take the watch off and leave it for about 10 minutes. This is not a practical system, but even so, it sets the watch apart from most others. 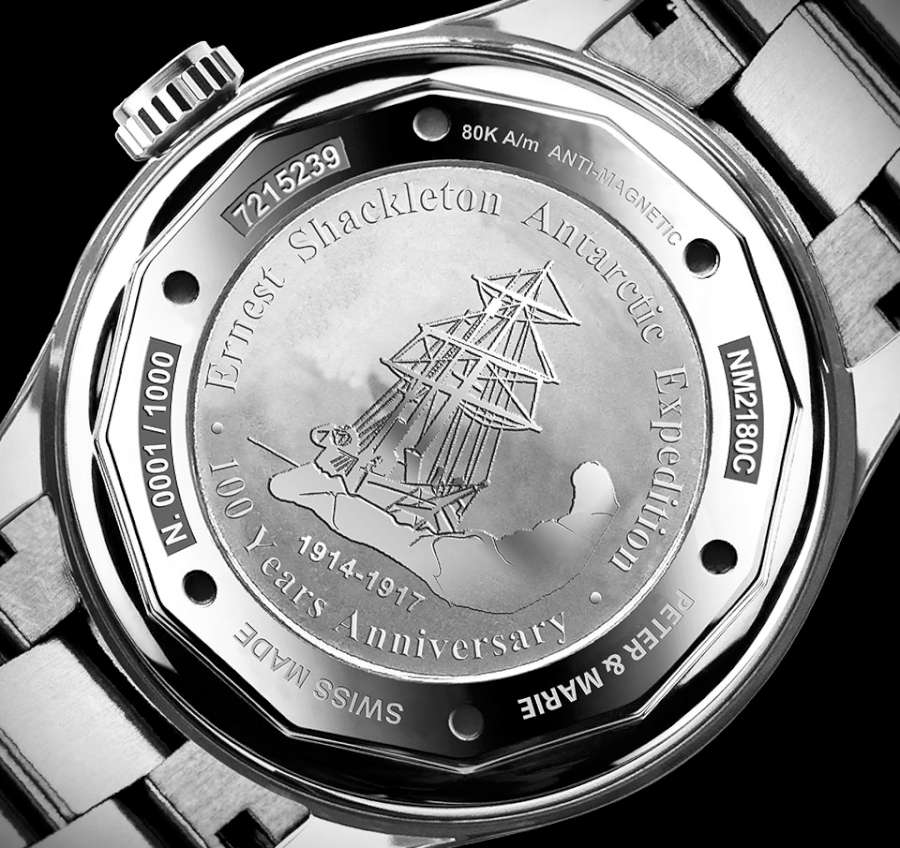 Tritium is a radioactive isotope of hydrogen, H3, with one proton and two neutrons. It has a half life of about 12 years, decaying into Helium-3, releasing a low-energy beta particle, an electron, and an electron antineutrino. This decay process is very low-energy, and the beta particles can penetrate just 6 mm of air. They are unable to penetrate human skin. So the process is absolutely safe for the wearer. In the Ball watch, tritium gas is sealed in a mineral glass tube, whose interior is coated with luminescent material that glows when activated by the electrons released by tritium as it decays. This luminosity is constantly present, though it will gradually decrease over the years, to 50% after 12 years and 25% after 24 years. But even at that stage, the luminosity will be much brighter than SuperLuminova. The use of two different colours for the luminous tubes is an attractive touch. 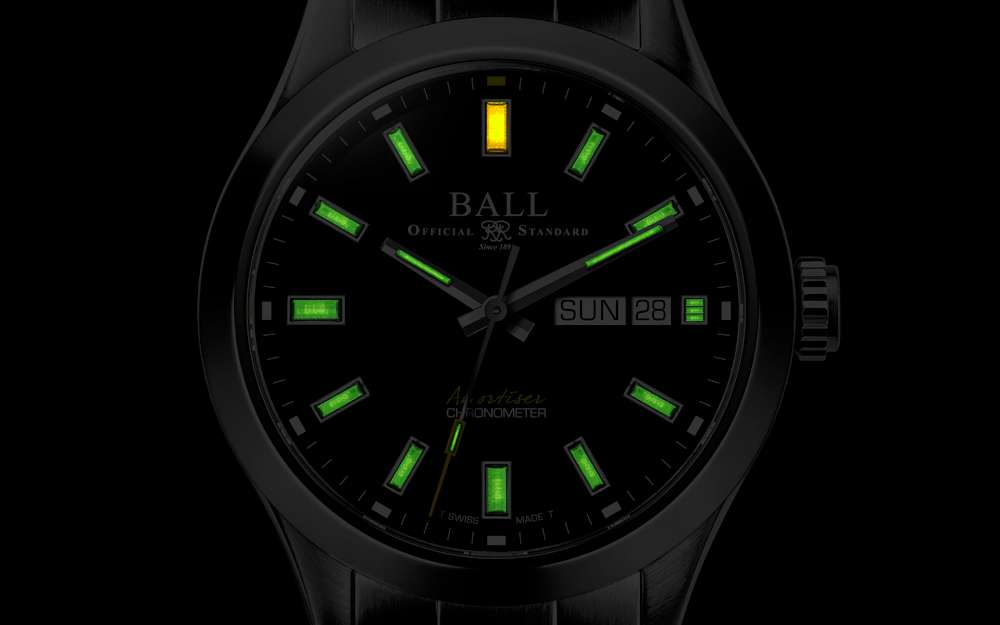 The “Classic” versions of the watch do not have a temperature gauge, but have day-date indications at 3 o’clock. These models are available in 40 and 46 mm versions, case thickness 13.45 or 13.55 mm respectively. The movement is the Ball RR1102-C, which is based on the ETA 2836-2, at chronometer standard and COSC precision-certified. The movement is lubricated with oil that can withstand temperatures down to -40°C. 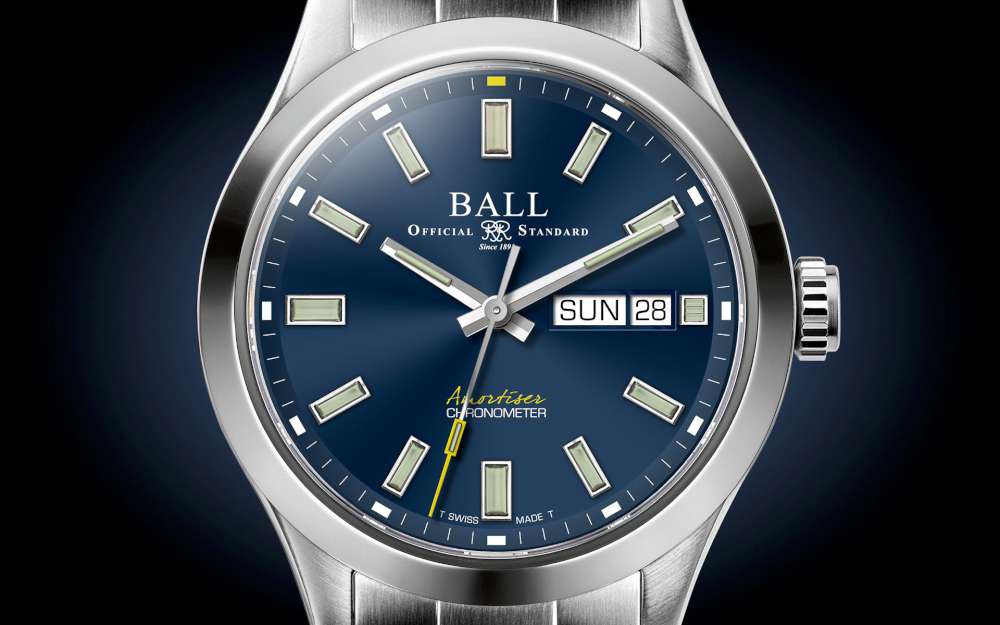 A nice touch is that you can ask for a personalized engraving on the caseback, up to 13 characters including spaces, on one line. This is provided free of charge. What could you write on a watch with a thermometer? “Burn for you”? That’s 12 characters. “Light my fire”? That’s exactly 13. And what about “You are cool”? That would have been perfect for Mr. Shackleton during those 3 eventful years engaged in survival on the pack ice. 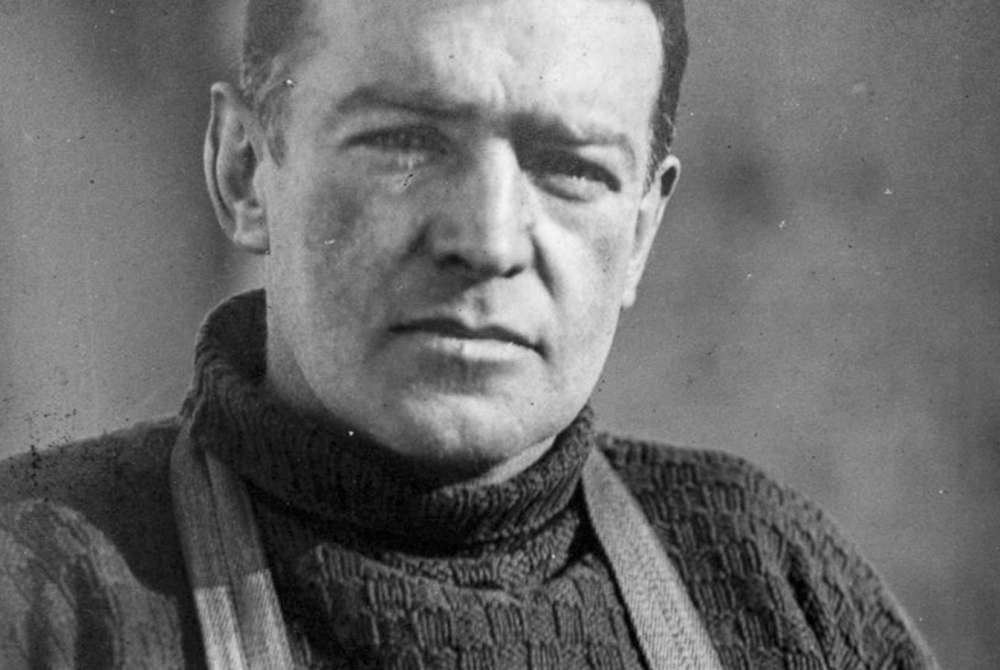