The new Royal Oak Extra-Thin by Audemars Piguet marks an anniversary: 1977, the year when the first 39mm Royal Oak in yellow gold was introduced. It became known as the Jumbo, and at that time it marked a new departure, the use of precious metal for the Royal Oak, which had been introduced in 1972 as a sports watch in steel. The Jumbo, reference 5402BA, remaned in production until the early 1980s and has since become a collector’s item. 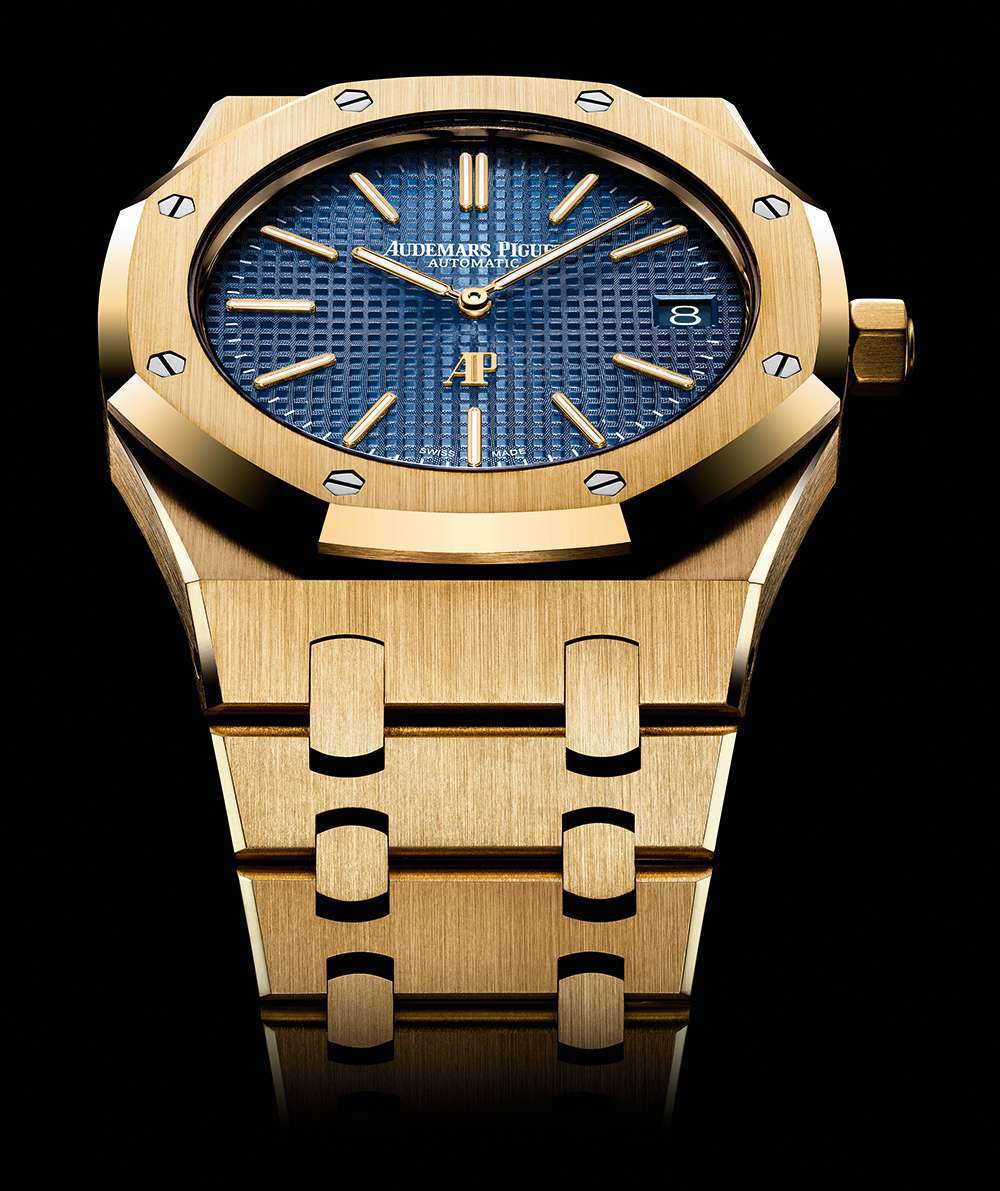 The return of yellow gold

In 2016, Audemars Piguet presented a whole series of watches in yellow gold, a bold move in the face of the generalized preference for pink and white gold. This piece is a move in the same direction, and it marks the return of another feature, a yellow gold Jumbo with the AP logo at 6 o’clock. In many ways it is very similar to the 1977 Jumbo, with its distinctive case, dial and bracelet. The case is 39 mm in diameter and 8.1 mm thick, water resistance 50 metres. The dial comes in two versions, blue, and a sort of champagne yellow-gold tone. Both have the trademark “tapisserie” texture. The bracelet is superbly crafted and very comfortable to wear. The size and slimness of the new Jumbo make it very much an everyday watch, though at €55,000 it could be “everyday” only in certain very fortunate circles. 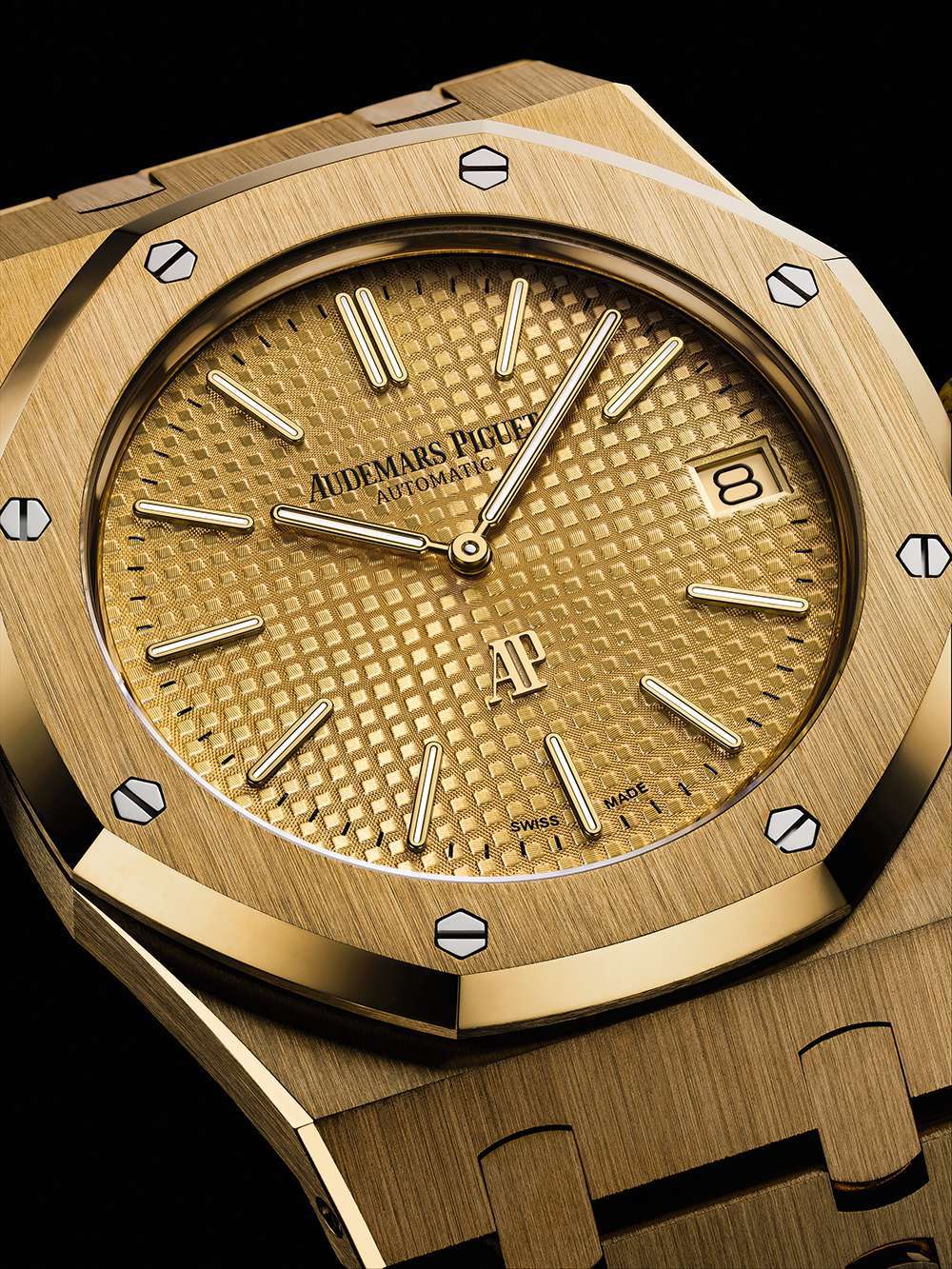 The new Royal Oak Extra-Thin is equipped with calibre 2121, first introduced 50 years ago. It began life as the 2120 (exactly the same as 2121 but without a date wheel), created in 1968 by Jaeger-LeCoultre on request from Audemars Piguet, Vacheron Constantin, and Patek Philippe, who contributed financially to its development and production. At 3.05 mm thick, it is prodigiously thin, and still today it is the thinnest full-rotor automatic movement. (Thinner automatic movements have a micro-rotor integrated into the movement thickness). The three brands have all used the 2120 and the 2121, though rights are now owned exclusively by Audemars Piguet, who manufacture it in-house. The movement has several distinctive features, such as moving most of the mass of the oscillating weight to the outer edge, which is supported by ruby rollers running on a circular rail. The balance runs at 2.75 Hertz, 19,800 vibrations per hour, and the movement provides a 40-hour power reserve. 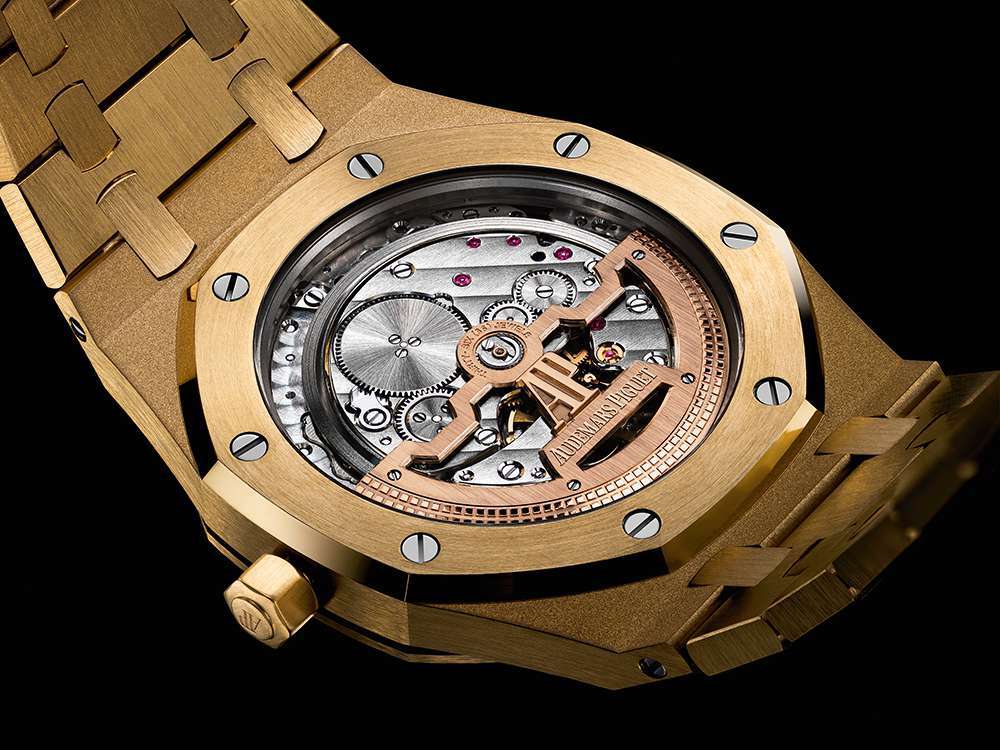 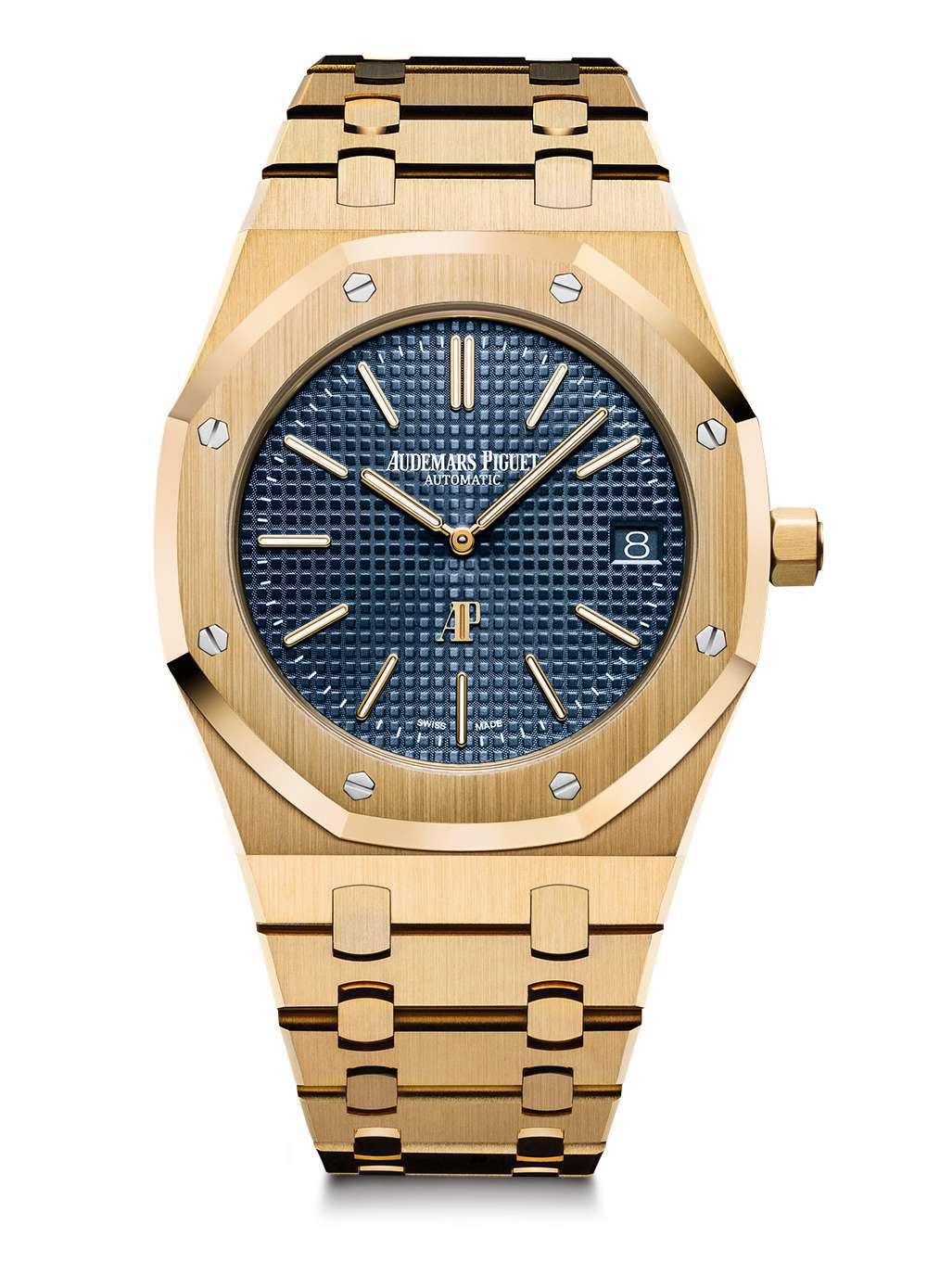 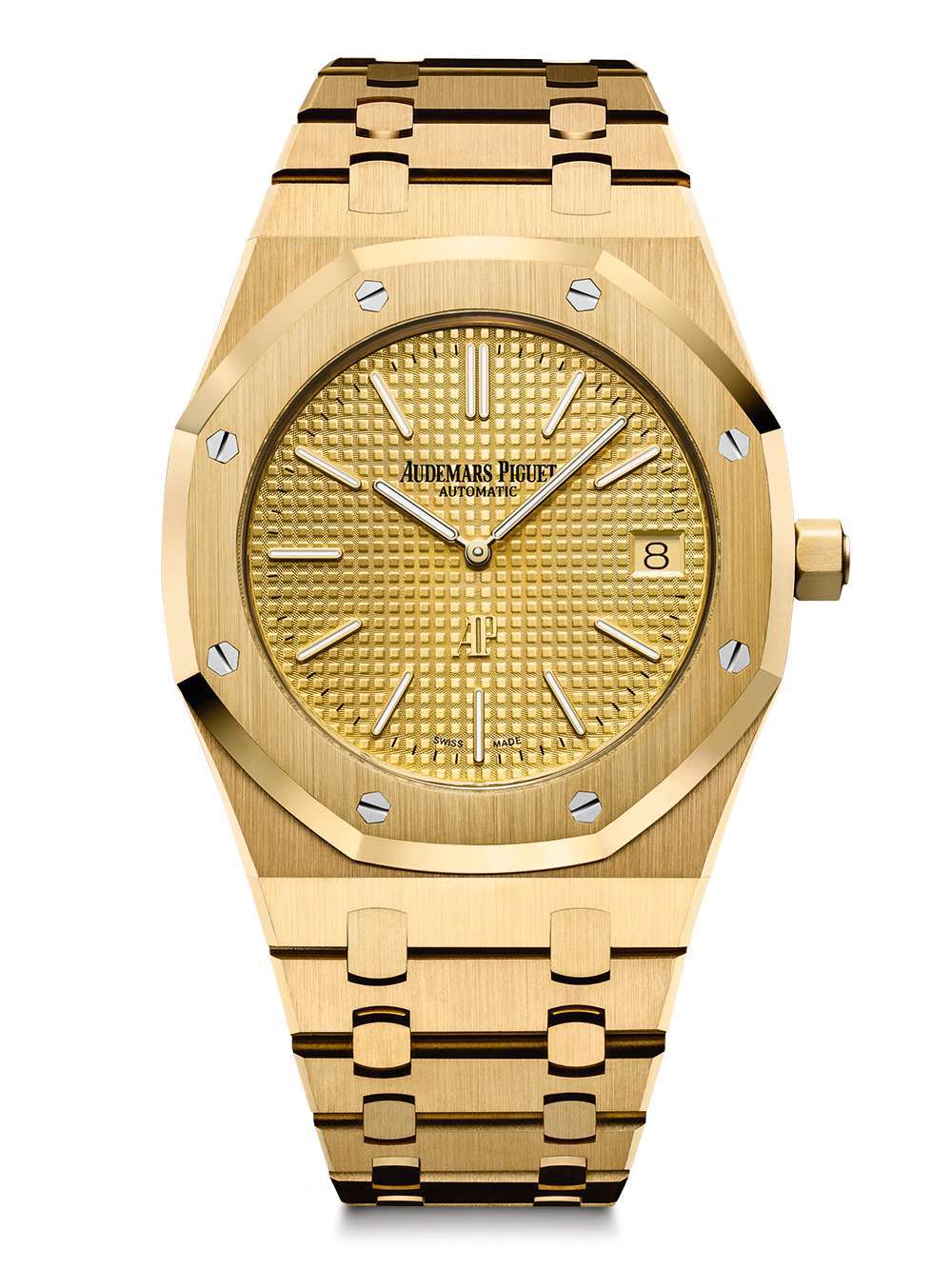