Omega has presented a short film called Starmen, to celebrate the 60th anniversary of the Speedmaster and the 48th anniversary of the first landing on the moon. George Clooney, who has been into space on screen, in Gravity, Solaris and Tomorrowland, converses with his childhood hero Buzz Aldrin in the Electric Cinema Shoreditch, London. They are both formally dressed, with Buzz Aldrin wearing a dazzling selection of rings, a medal, and a metal bow tie in “unobtanium,” as Buzz says. “I usually go formal whenever I go to see movies,” says George. People of George’s age will relate to the brief clips of film in which you see people winiding the film in their cameras as the rocket takes off. Six minutes isn’t long, but there is time for a politically-charged statement (“We all thought we’d be travelling to the moon in ten years,” says George), and some revelations, such as that Buzz was the first person to urinate in space (why, George, of all things, this fascination with corporeal functions?), and that his mother, whose maiden name was Marion Moon, was born in the same year as the Wright brothers. 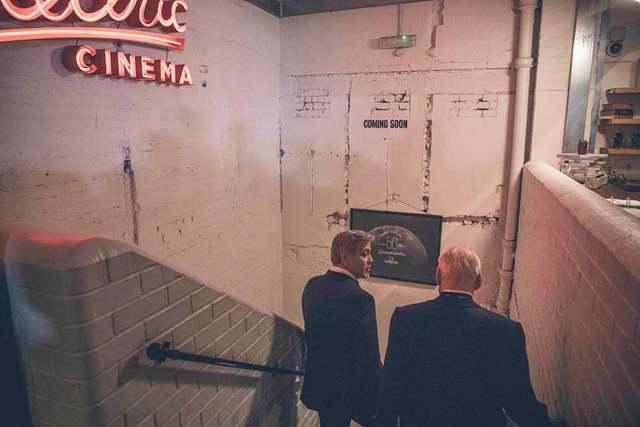 It was Buzz who wore the first watch on the moon 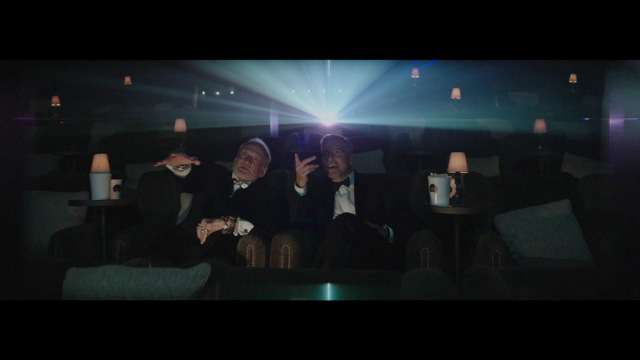 Omega was chosen by NASA after a gruelling series of tests. In the early 1960s, the Omega had already been in space, worn by Wally Schirra on his Mercury flight in October 1962, and NASA were considering a watch for use in the upcoming missions. Two NASA officials bought a series of chronograph watches anonymously in a few Houston jewellery stores and started testing them. The two Speedmasters (retail price $82.50 each at that time) and two of each of the other brands selected – Elgin, Benrus, Hamilton, Mido, Piccard, Omega, Bulova, Rolex, Longines-Wittnauer and Gruen – were subjected to a first round of tests based on timekeeping accuracy, interval timing accuracy and durability under normal conditions. The three that survived to the final test phase were Longines-Wittnauer, Omega and Rolex. These watches underwent a second series of tests, The only chronograph to survive was the Omega Speedmaster, and in 1965 NASA decided that Omega would be the only watch brand approved for manned space flights. They didn’t tell Omega: the brand only learned that the Speedmaster had been used in space after seeing a photo of Ed White wearing the watch during his first spacewalk, part of the Gemini 4 mission in June 1965. 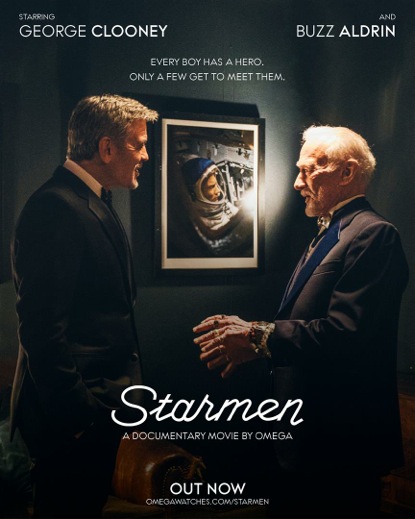 Presumably this film marks a new peace between Aldrin and Omega. In his book Magnificent Desolation: The Long Journey Home from the Moon, Buzz describes the long-running dispute regarding pictures of him wearing a Speedmaster on the moon, used by Omega in their advertising for years without informing him or NASA, and without any sort of payment. I guess that this has now been sorted.