This watch celebrates James Bond’s rank as commander in the Royal Navy. The Omega Seamaster Diver 300M Commander’s Watch also appears in the year marking three Bond anniversaries, the 50th of “You Only Live Twice,” 40th of “The Spy Who Loved Me,” and the 20th of “Tomorrow Never Dies.” In each of these films, Bond wears his full naval uniform.

Omega has launched the Commander’s Watch to celebrate all this. Omega has been Bond’s watch since 1995, in which he (Pierce Brosnan) wore a Seamaster in “GoldenEye.” The watch itself presents a lot of Royal Navy and Bond iconography, with white ceramic dial, blue skeleton hour and minute hands, and a red seconds hand with a pistol-shaped counterweight. The number 7 in the date window is coloured red, while all the other numbers are blue. The oscillating weight has the stripes of the Commander’s rank, and at the centre, the base of a cartridge. The NATO strap has blue, red and grey strips. The watch is supplied with a metal bracelet. The box is based on those in which military medals are presented, with the same rank insignia as on the rotor. It includes a navy ribbon with the same pattern as the NATO strap, and a tool used to change the strap. 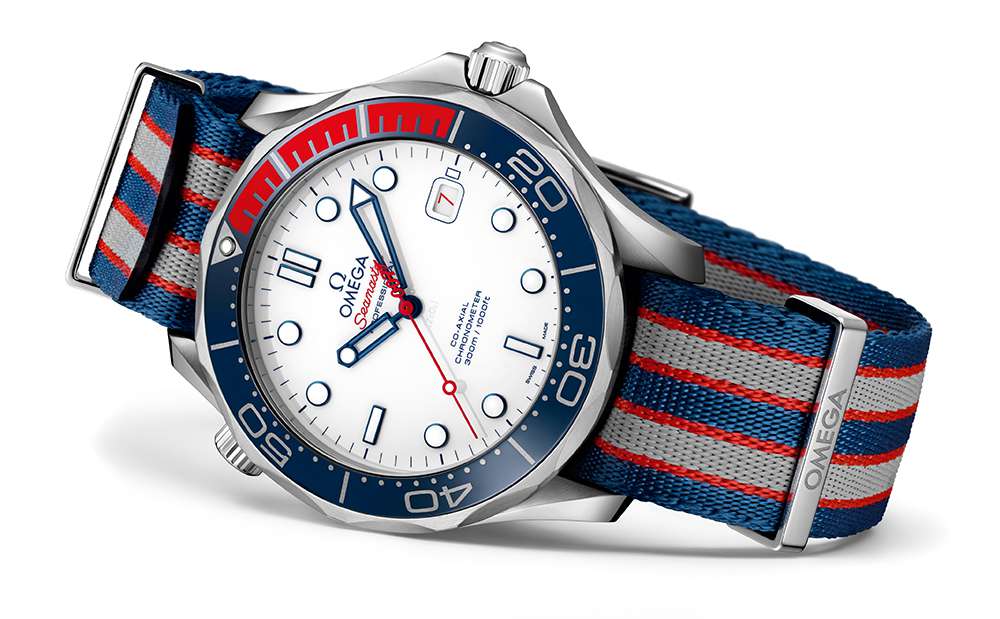 It was Lindy Hemming, costume designer on Golden Eye and another four successive Bond films, who first suggested that Bond should wear an Omega. “My father had been in the Royal Air Force but was friendly with navy men and I remember as a child one often visiting us, and he always wore an Omega which fascinated me – this unusually sporty design that looked as though it was built for purpose. It’s the small details that really matter. So as one of the early tasks in designing the new Bond, I went to a props meeting and argued for the use of Omega. I was convinced that Commander Bond, a naval man, a diver, and a discreet gentleman of the world, would wear this watch as opposed to the one everyone expected me to use.“ It was probably another minor detail that sealed the choice: Omega was willing to pay the production company to have one of their watches in the film, while Rolex never does this sort of product placement.

There is another fact that justifies an Omega for James. More Omegas were delivered to the British Ministry of Defence than any other watch brand. During the Second World War, over 110,000 Omega watches were purchased by the MoD and used by pilots, navigators and soldiers. So over half of Switzerland’s watch deliveries to the British Armed Forces came from Omega.

Who will be the new Bond?

At the London presentation of the new watch, on 5 July 2017, on stage were Raynald Aeschlimann, president and CEO of Omega, and producer Michael G. Wilson. Who was missing? James Bond himself. The next film will be the 25th in the series, possibly with Daniel Craig on his last outing, or with a new Bond. The fact that Daniel Craig wasn’t there fuelled speculation that Bond 25 may see a new actor in the role. 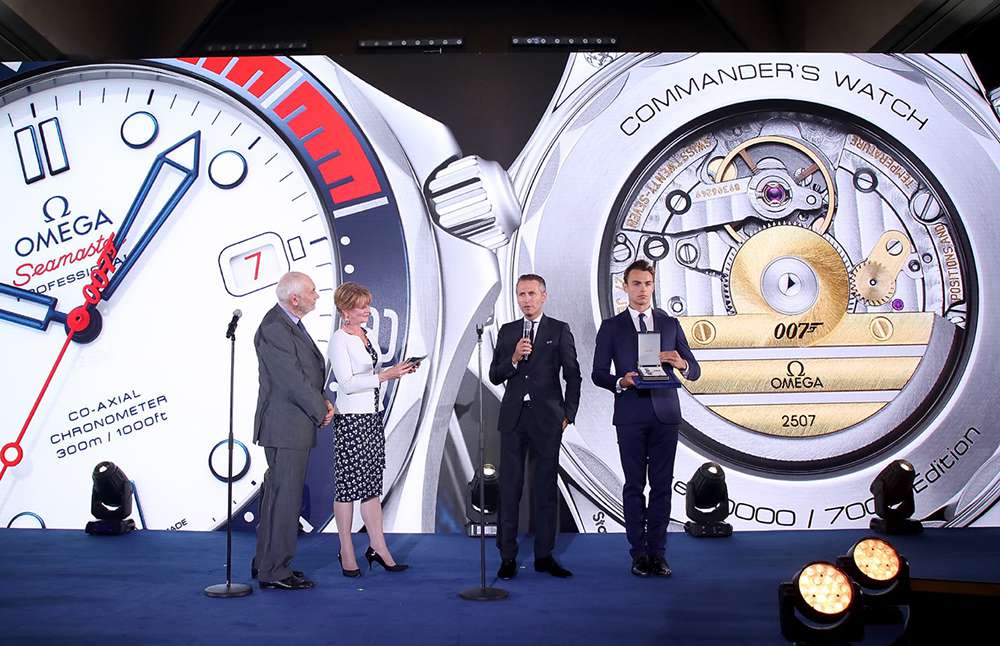 The 41 mm steel case has a blue ceramic bezel, with diving scale in Liquidmetal, and the first 15 minutes coated in red rubber. The caseback has a wide frame with space for the name Commander’s Watch and the edition number. On the NATO polyamide strap, the watch looks great, with the strap stripe colours cleverly chosen to enable the dial to shine, rather than the strap. The layout of the bezel is also unusual and attractive, with dots at all the minute marks that enable the bezel to be used for timings to the nearest minute. This feature has long been part of the Professional Seamaster 300M, along with the attractively curving lugs, the helium escape valve and the screw-in crown. The white ceramic is on the other hand a first for the Seamaster. 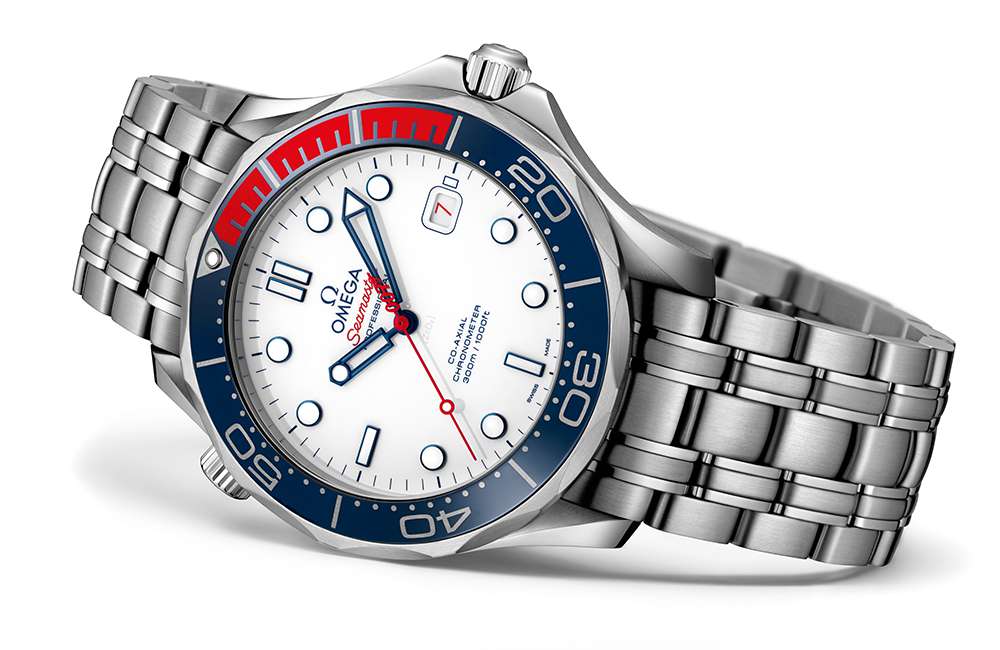 The watch is powered by calibre 2507. This is an Omega movement (some parts are derived from the ETA 2892-A2) with the brand’s co-axial escapement. It runs at the unusual frequency of 25,200 vibrations per hour, and has a 48-hour power reserve. It is chronometer-certified, and has a resistance to magnetism of 15,000 gauss. It has the quick date-change and stop-seconds functions. 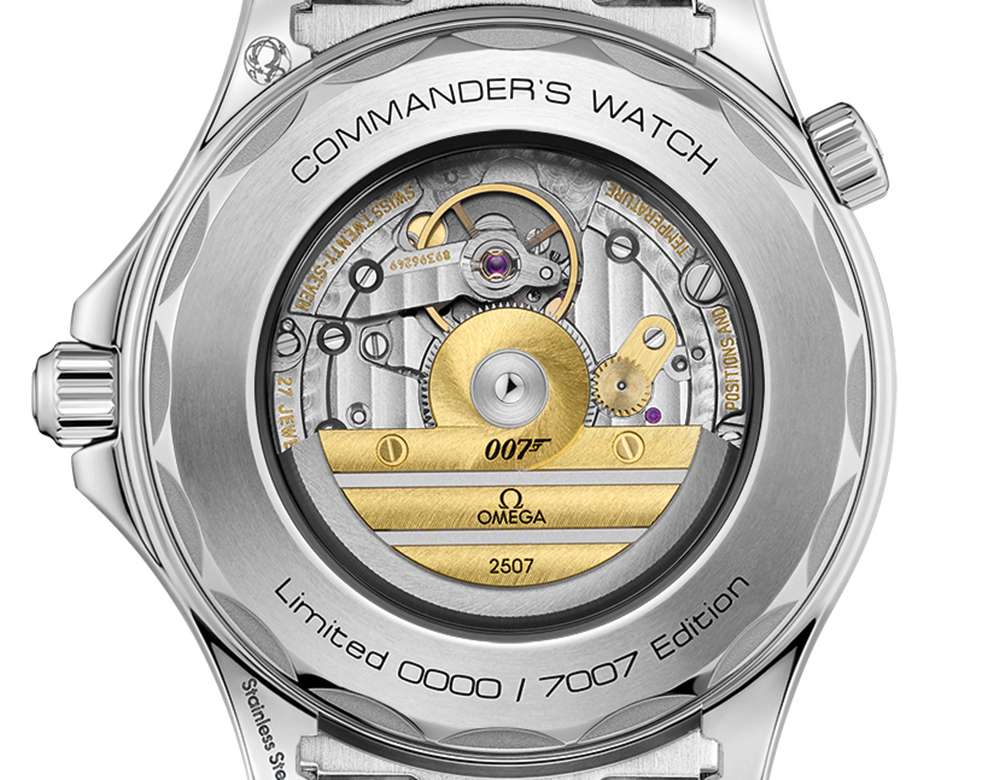 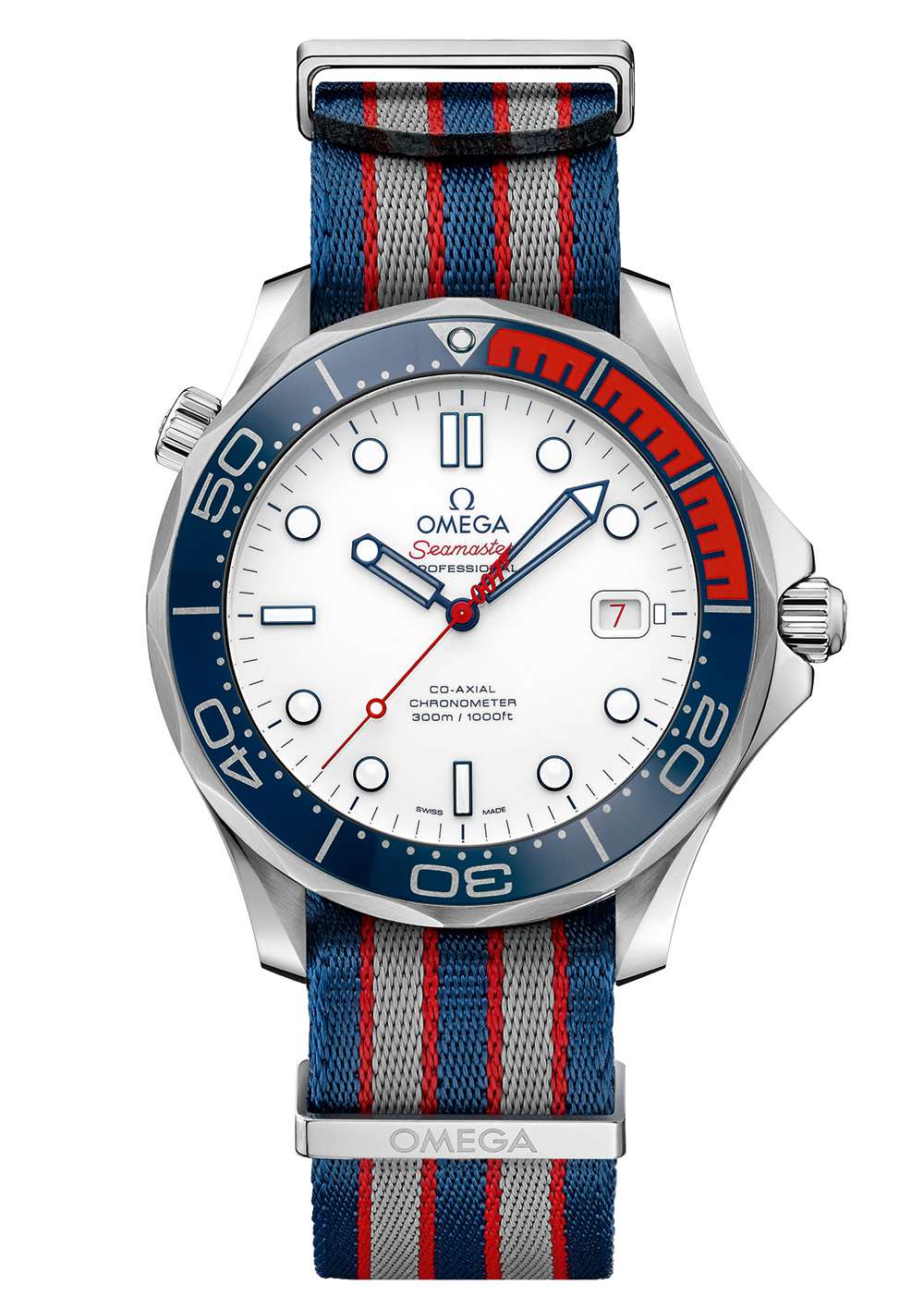 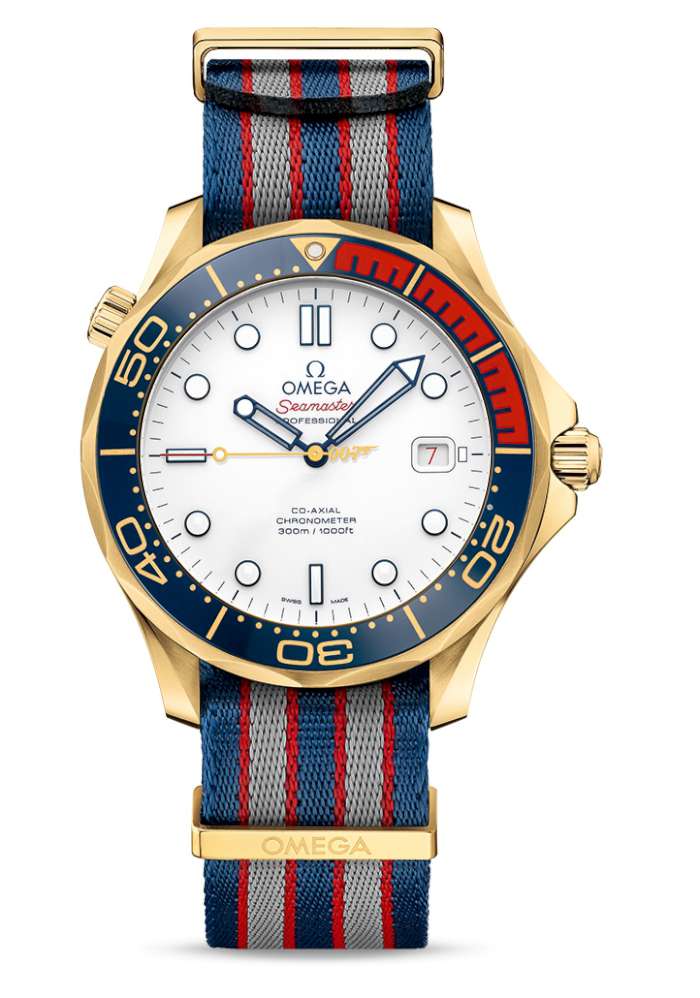 More information from the Omega wwebsite.