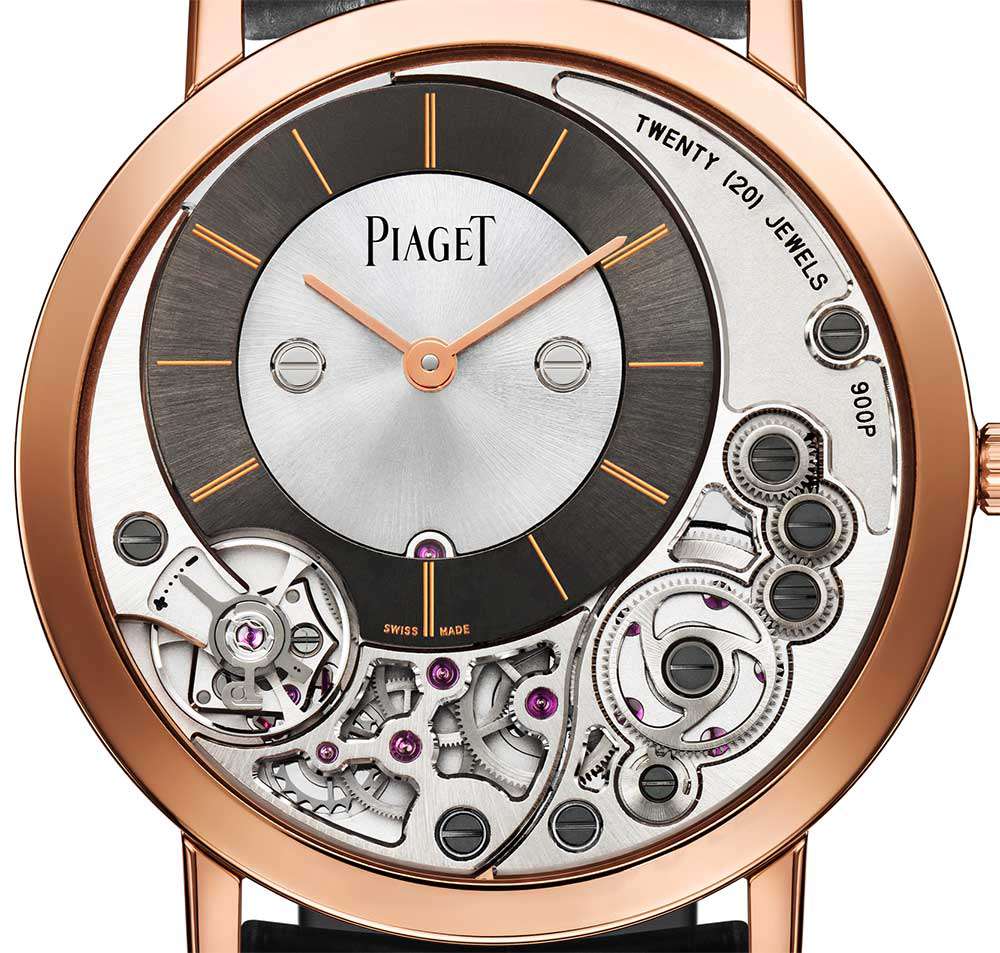 It’s still the slimmest mechanical watch in the world at 3.65 mm total, and it’s interesting how Piaget achieved it. The caseback has become part of the movement, the mainplate. The dial was reduced in size and sunk into the thickness of the movement; parts of the bridges and wheels were left in view dial-side. The balance on the left provides a sense of movement, while most of the other wheels are moving so slowly as to be indiscernible. The video below provides a good overview of the design concepts. 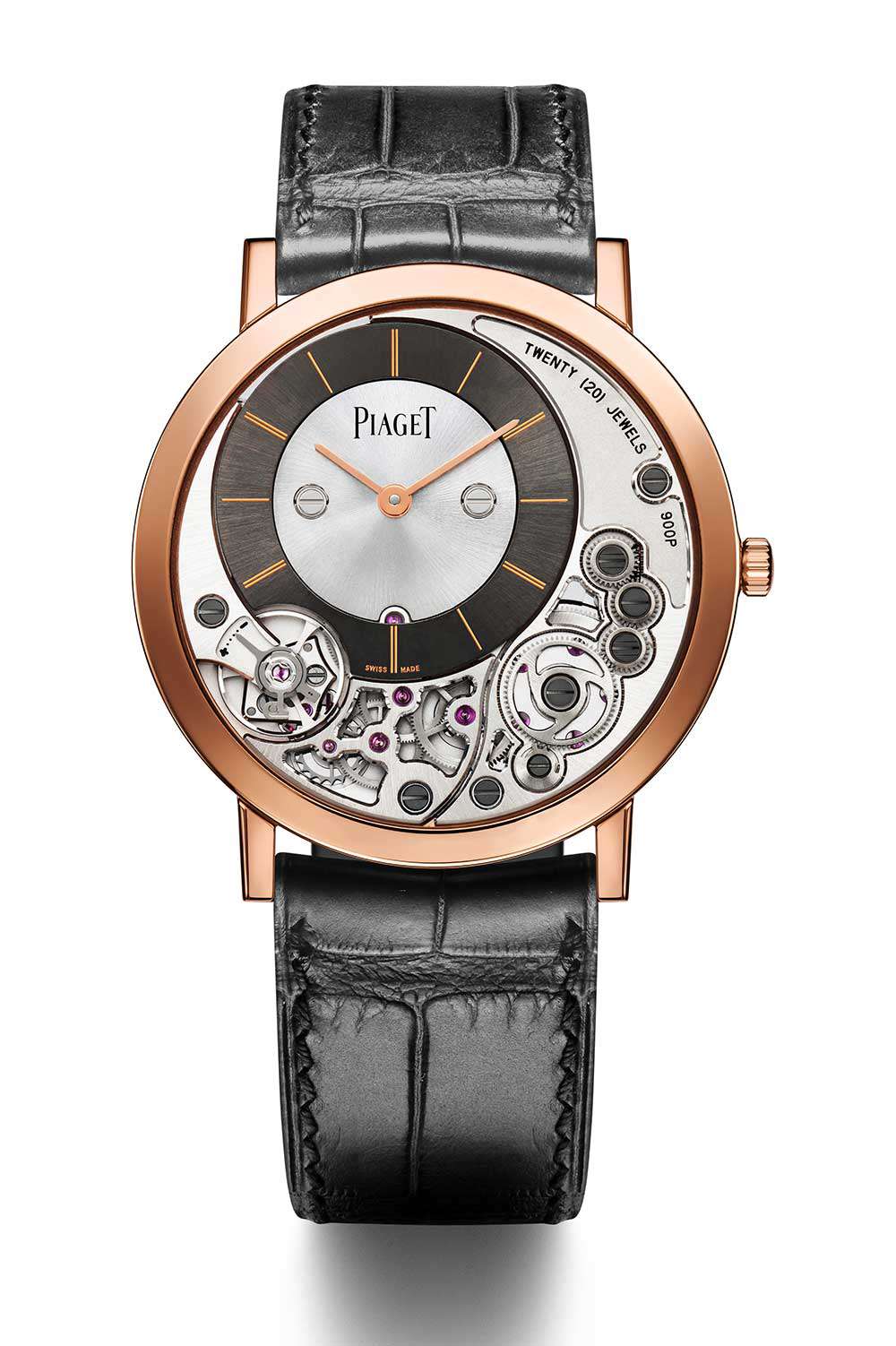