The 1815 Chronograph has been part of the A. Lange & Söhne collection since 2004, in a pulsometer arrangement until 2010 when a new version was release without the pulsometer scale. This year, 2017, a black-dial version has been released, once again with pulsometer dial. 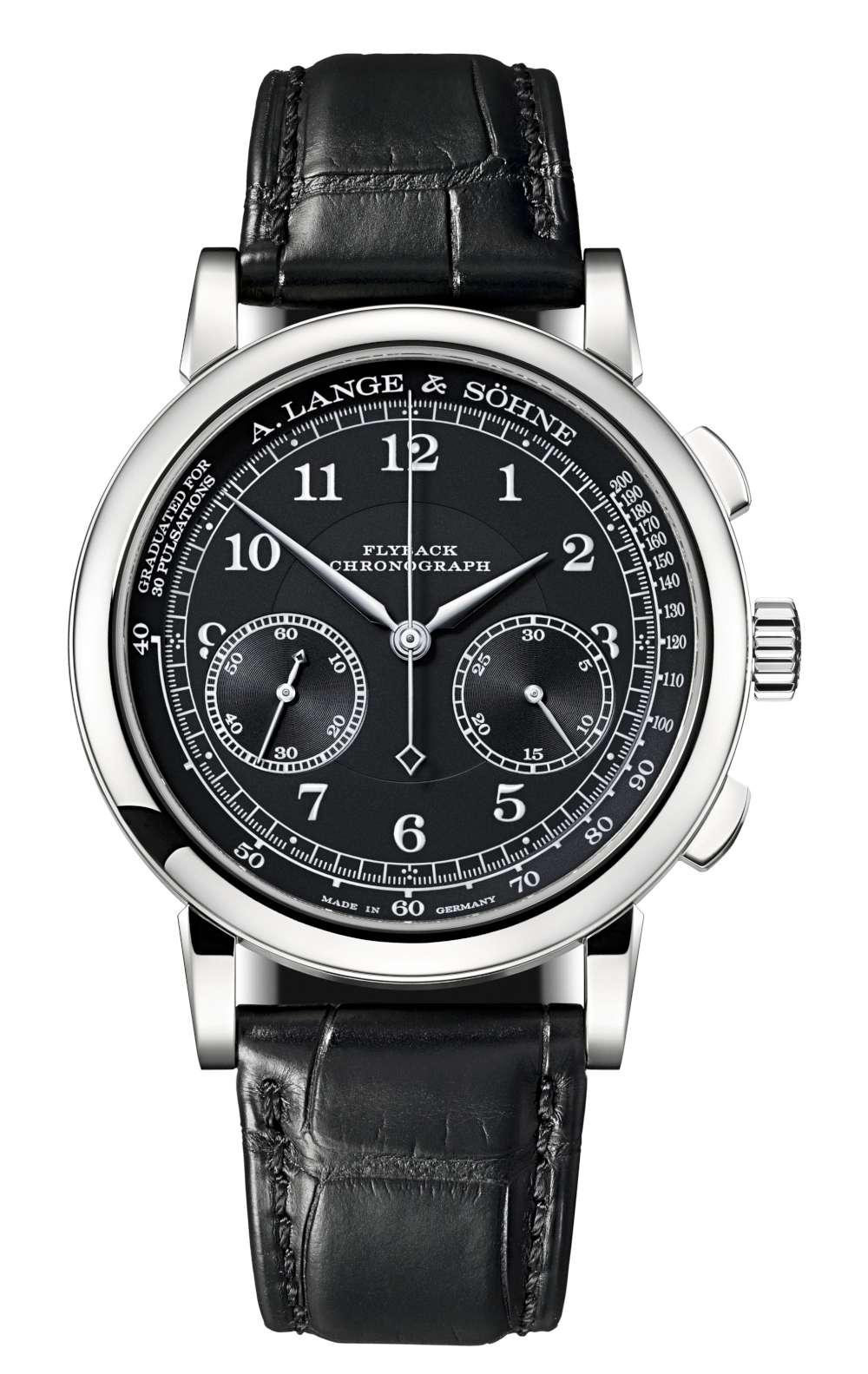 The watch has a 39.5 white gold case, 11 mm thick (admirably slim for a chronograph). The dial has a practical, legible layout, with extra visual interest provided by the recessed areas and the snailed finish on the subdials. The fractional chronograph fifths-of-seconds scale is complete, but the pulse scale is curiously minimal, with just divisions of five shown up to 100, then tens. I prefer the arrangement on the Vacheron Chronograph Harmony pulsometer chronograph in which you can read off say 72 or 63. Click here to see a selection of pulsometer chronographs. 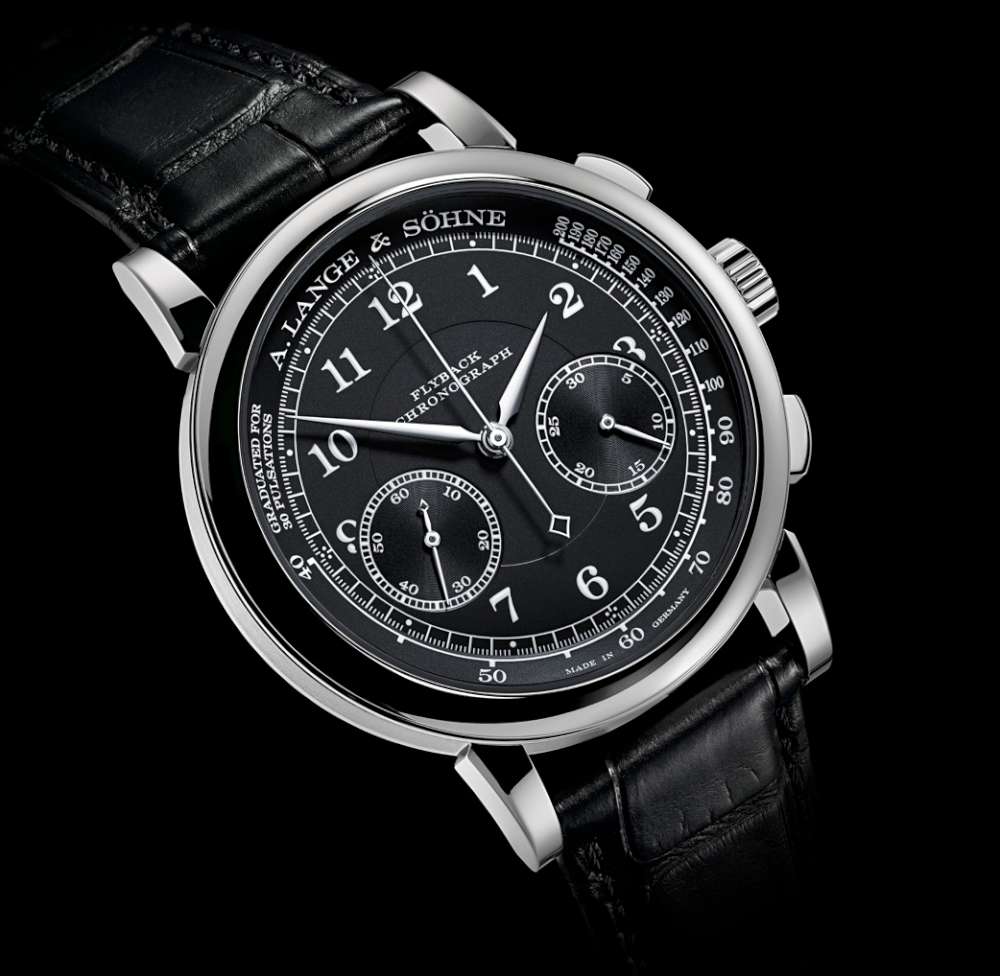 The two pushers are in solid gold, the top pusher starts and stops the chronograph, the bottom pusher resets it, or, if pushed when the chronograph is running, activates the flyback function, so that the hands are reset to zero, and a new measurement starts as soon as the pusher is released. 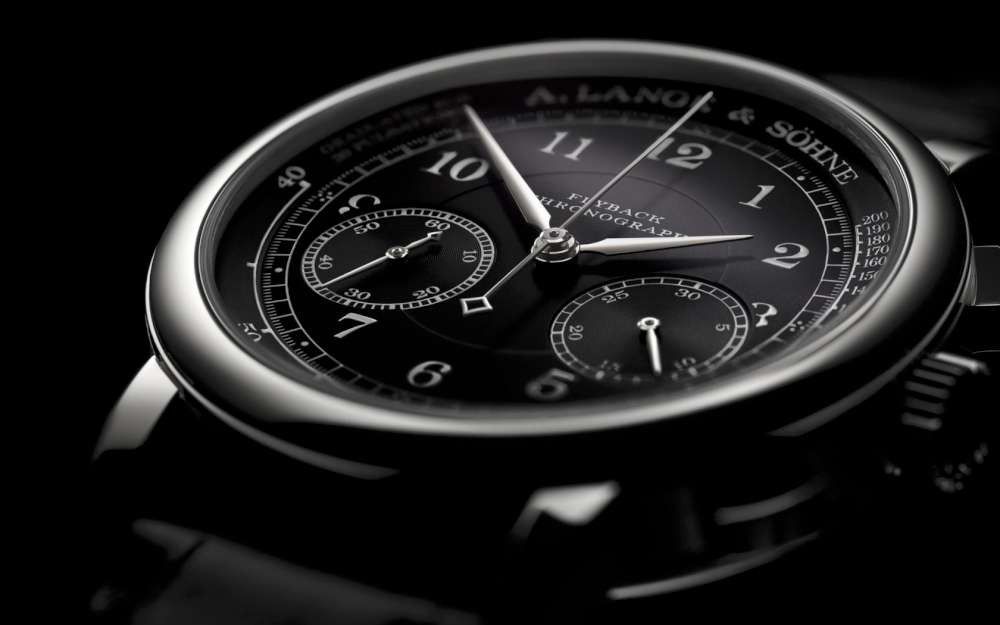 The1815 chronograph is powered by the Calibre L951.5 hand-wound movement, visible through the sapphire crystal caseback. It has a column wheel and a horizontal clutch, and the chronograph minutes counter is jumping, making it easier to read the number of elapsed minutes on the right-hand subdial. 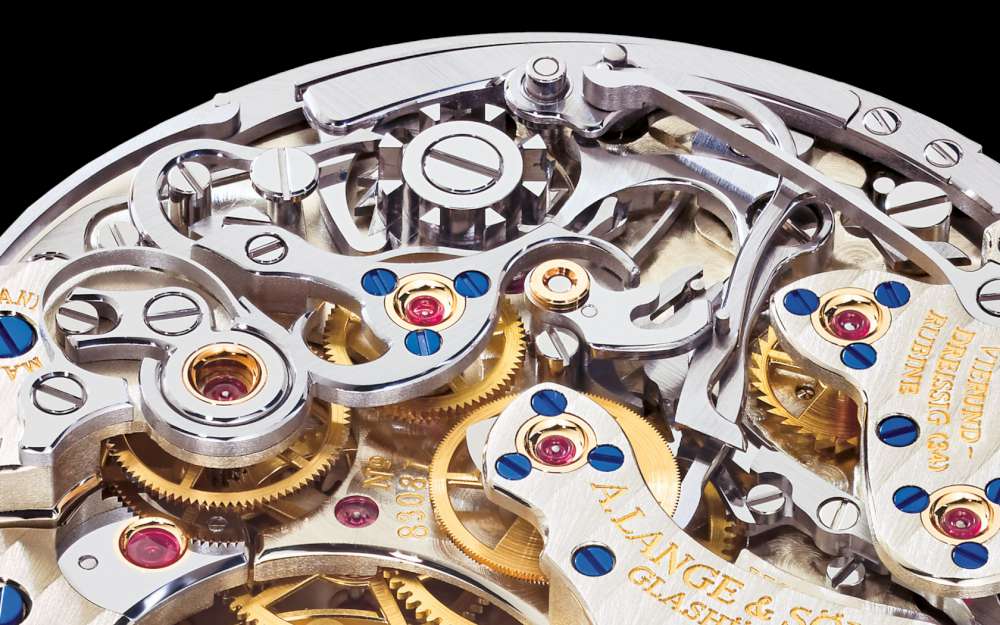 A. Lange & Söhne’s jumping minute counter is engineered with absolute precision so that the counter advances by one minute exactly after 60 seconds have passed, even if the chronograph is stopped at that very moment. Other chronographs may have a jumping minute counter that takes a second or two to advance, opening the possibility to ambiguous time readings. The balance runs at the classical rate of 18,000 vibrations per hour, 2.5 Hertz, five semi-oscillations per second, so that 0.2 second intervals can be measured and displayed on the chronograph seconds scale. 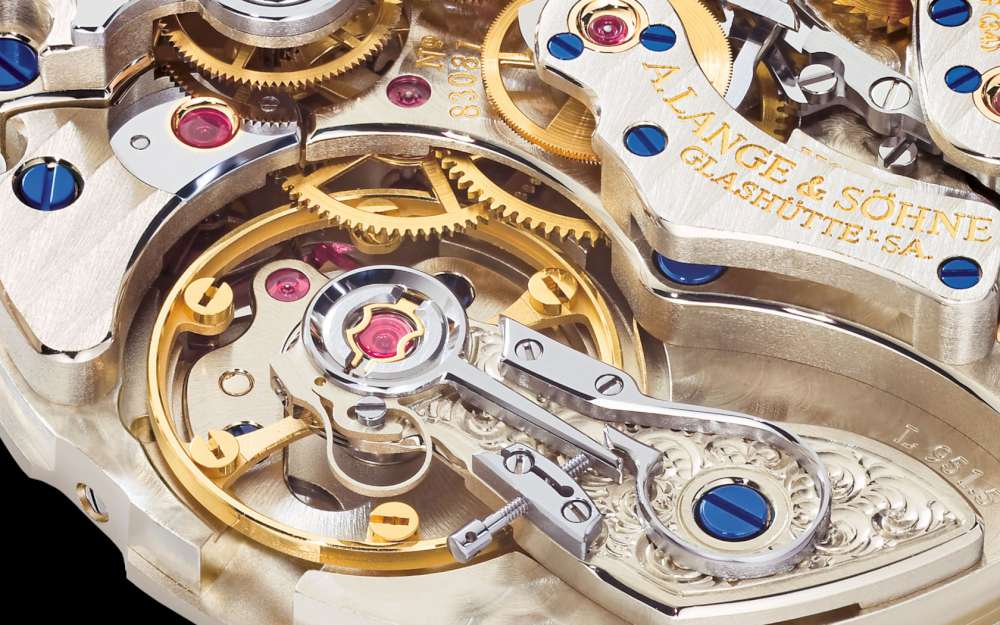 Finish is habitually superb, with inner angles of bridges and levers that are hand-polished for the best possible appearance, and a hand-engraved balance cock. The movement has 305 compnents, 34 jewels and 4 gold chatons. Power reserve is 60 hours. 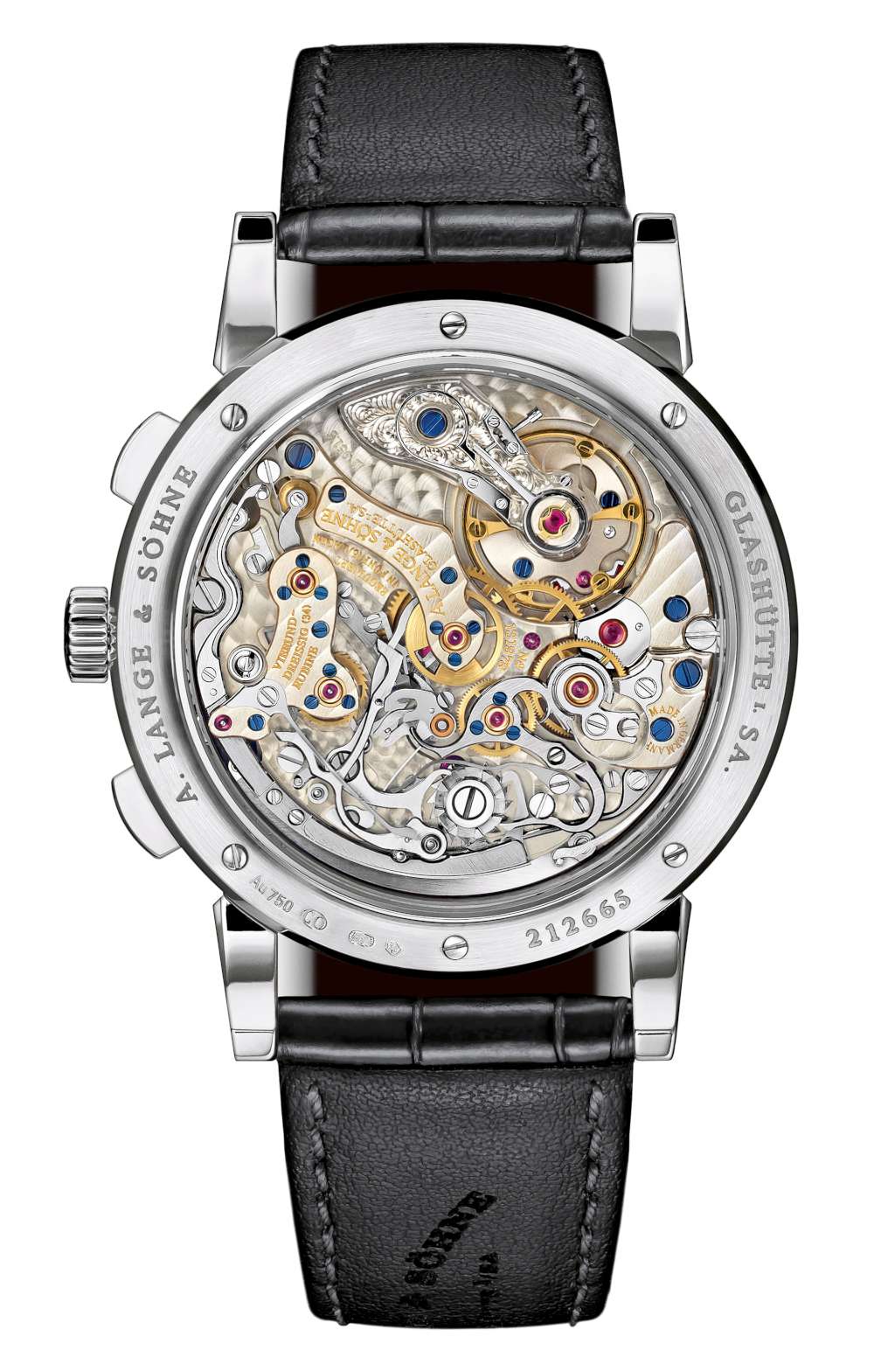