Italian brand Locman was founded in 1986, and quickly developed an in-house capability of working with carbon. Their Nuovo Carbon model introduced in 2003 was possibly the first watch in the world with a carbon fibre case. For 2017, the Montecristo All Carbon has been redesigned, with a smaller case and more fluid lines. With a water resistance of 10 atm/100 metres and its silicone strap in bright colours, blue, red or yellow, it is very much an all-weather, sports watch. Shown here is the three-hand version: it is also available as a quartz chronograph. The watch is a limited edition of 2,000 numbered pieces. 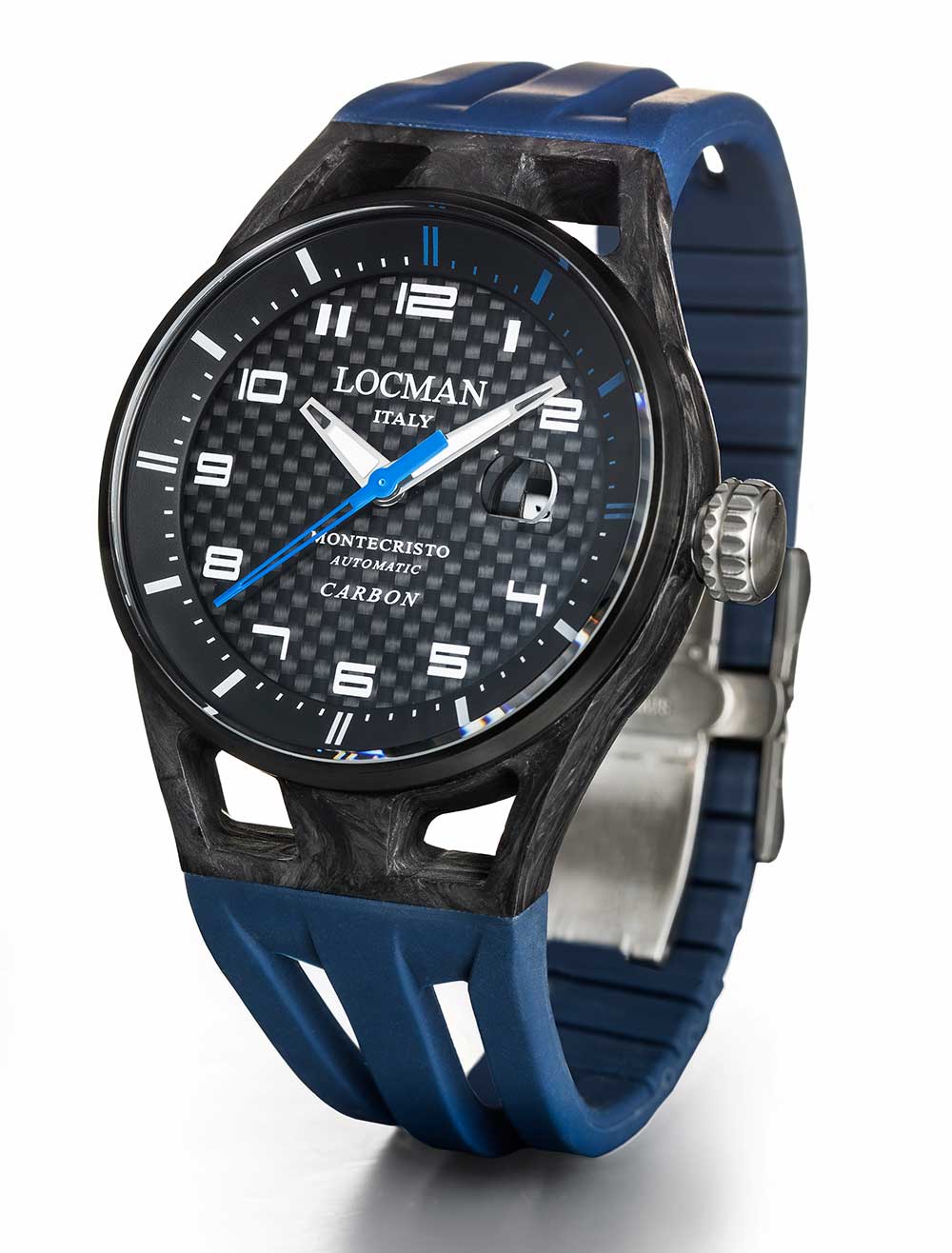 The Locman Montecristo All Carbon has a case made starting from from a 2mm carbon thread, itself made up of thousands of coupled microthreads. The fibre is cut into segments and bound with a polymeric resin, fired in a mould under pressure and at controlled temperature. The resulting block, as hard as titanium, is then worked by CNC. The resulting case has an attractive surface created by the fibre. It is 40 mm in diameter and 14 mm thick, virtually a unisex watch. It wears well, it feels light, and the smooth, silky texture of the silicone strap is very pleasant. The dial is in carbon fibre, with the typical checkered appearance. The inner bezel is in ABS, and the flat watchglass is in sapphire crystal.

The result is a watch with a strong, modern image, heightened by the futuristic typeface used for the numerals and the three-bar lugs. Locman’s tradition in diving watches is expressed by the use of blue for the hour markers from 12 to 3. There is a cyclops lens over the date window. 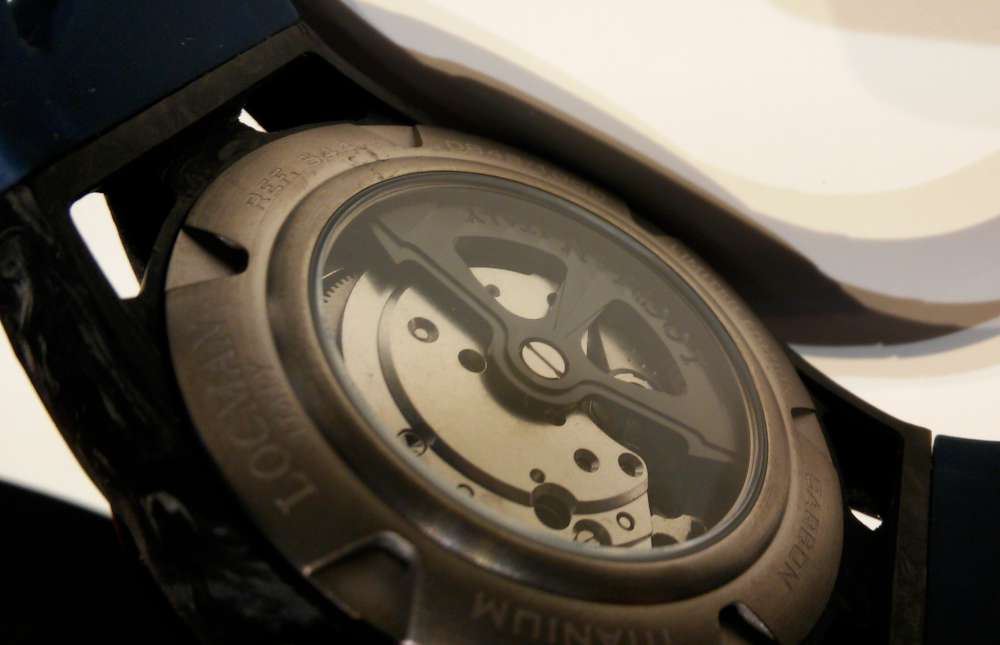 The movement is presumably made by an external supplier, and provided with a personalized rotor. Locman call it the S.I.O.1 (S.I.O. is Scuola Italiana di Orologeria, a Locman internal training facility on the Isle of Elba). It is self-winding, with a power reserve of about 38 hours. 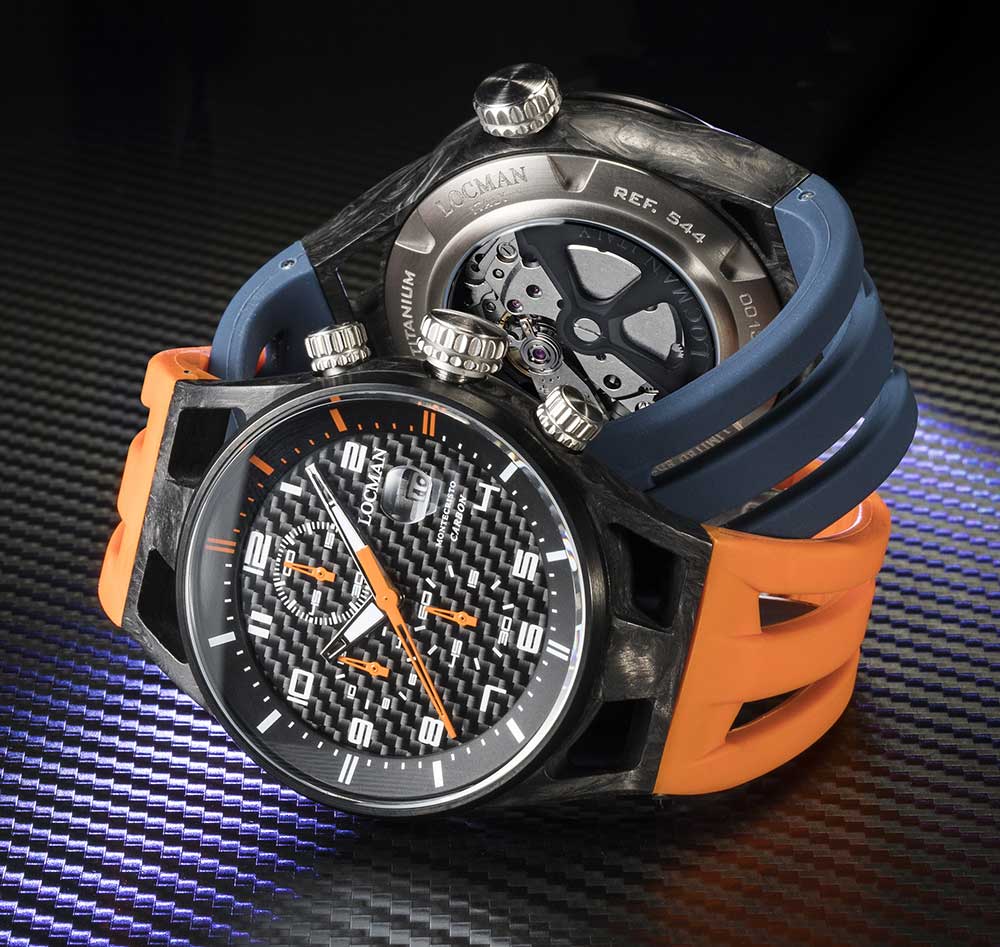 The Montecristo All Carbon Automatic costs €1,390. The chronograph version with quartz movement (the watch at the front in the photo above) costs €1,290. See more at the Locman website. 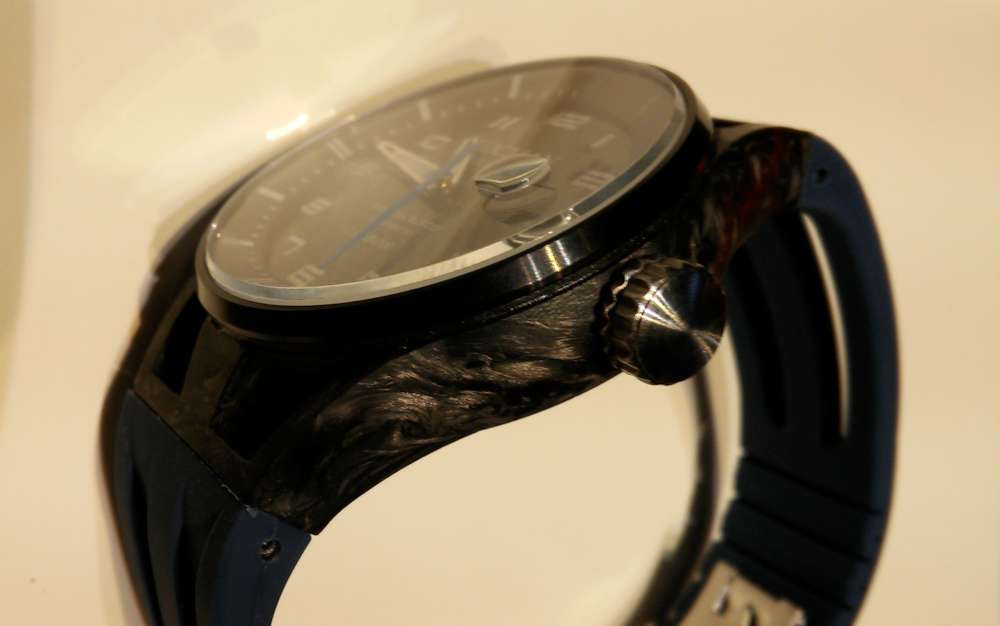