The partnership between Zenith and Land Rover began in 2016 with the El Primero Range Rover Chronograph, and this year it continues with the Chronomaster El Primero Range Rover Velar Special Edition. The new watch is even more subtle than the 2016 version: the name Range Rover that previously appeared below the Zenith logo has been replaced by El Primero. It is a very sleek and attractive piece in its colour scheme of grey, vertically brushed dial with bronze details. 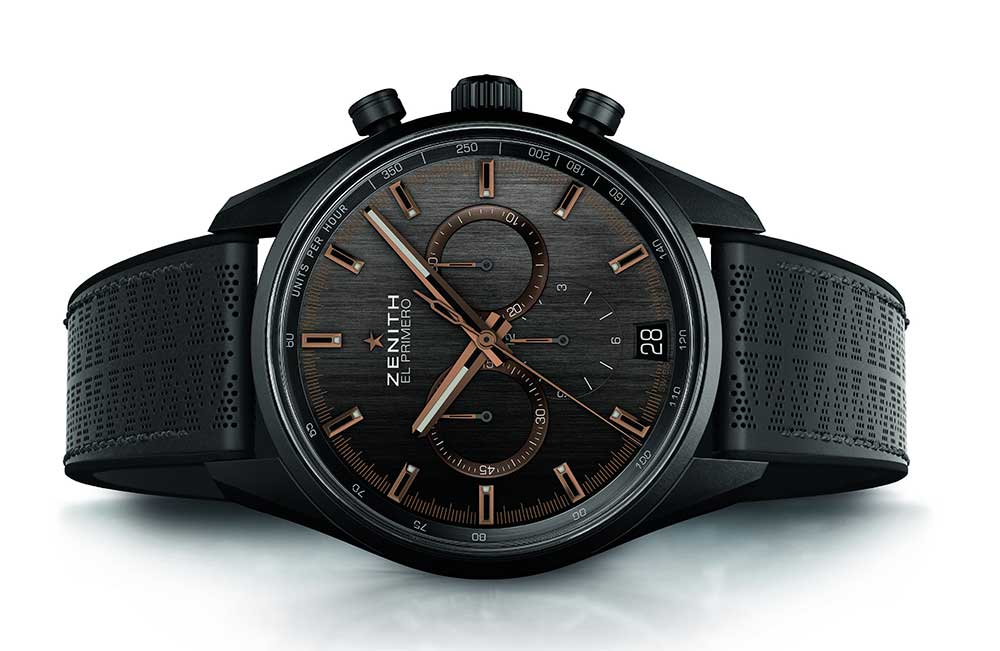 The case is 42 mm in diameter, in ceramized aluminium, on a new black rubber strap with an outer layer of black perforated calfskin. This leather is the same as used on the Range Rover’s upholstery. It has a folding clasp in DLC-coated titanium. The dial looks superb, but it is not entirely logical in terms of functionality. The two subdials with copper-coloured frames are for running seconds (on the left) and chronograph minutes (on the right). The chronograph hours subdial is differently treated, at 6 o’clock. I find the tachymeter scale rather confusing, with the four highest numbers separated by radial lines, I don’t understand why. The fractional seconds scale at the edge of the dial celebrates the El Primero movement with its 5 Hertz rate by having fifth-of-second divisions, but this precision is negated by the hour markers which interrupt the scale. Likewise the date window at 6 o’clock. The piston-type pushers are an obvious reference to the world of motor-cars. 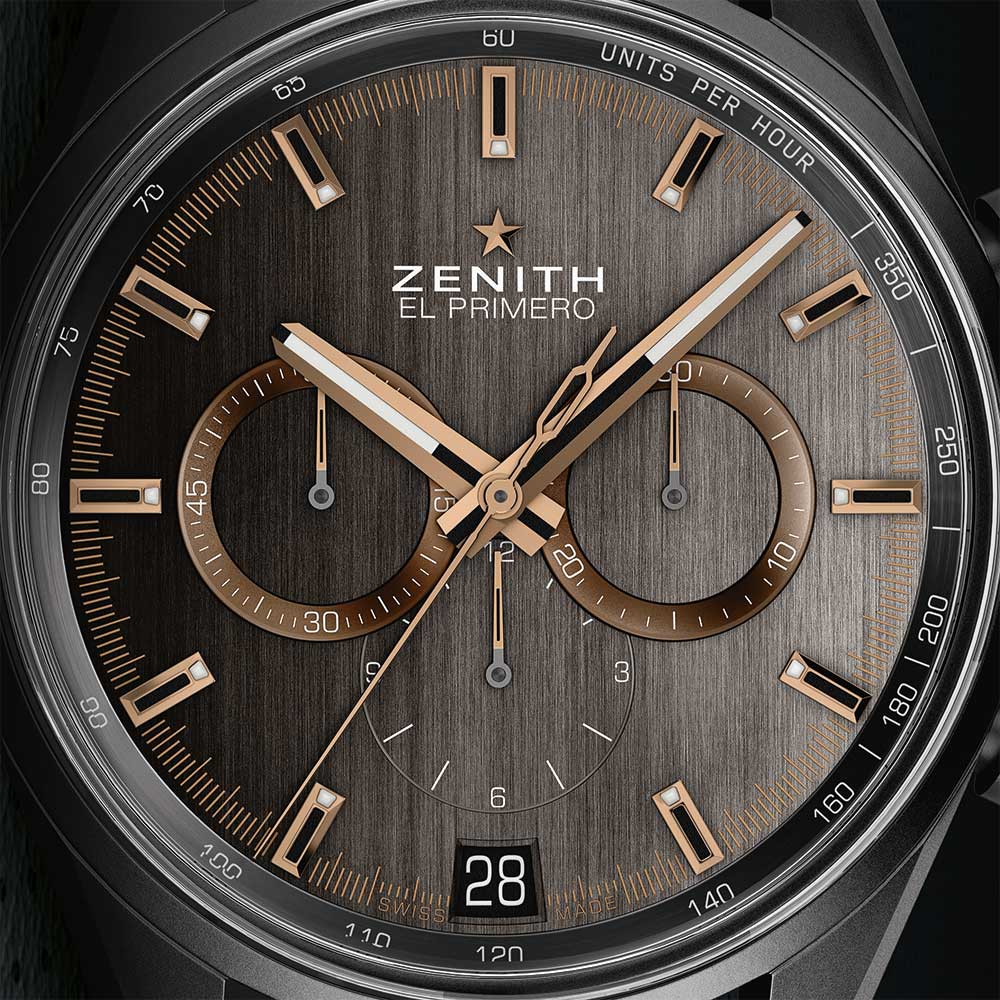 As in the previous version, the oscillating weight that winds the movement is branded with both Zenith and Range Rover. The calibre 400B was first released in the 1990s, based on the first El Primero launched in 1969 (coincidentally the year in which the first Range Rover prototype was built, though the car was only released on the market in 1970). It has 326 components and a crown wheel controlling the chronograph functions. It runs at 36,000 vibrations per hour, and has a power reserve of 50 hours. The 400B differs from the original version (calibre 3019PHC, 1969, relaunched as the Calibre 40.0 in 1985 and renamed Calibre 400 in 1986) in the position of the date window, at 6 o’clock. The original had a date window at 4.30. 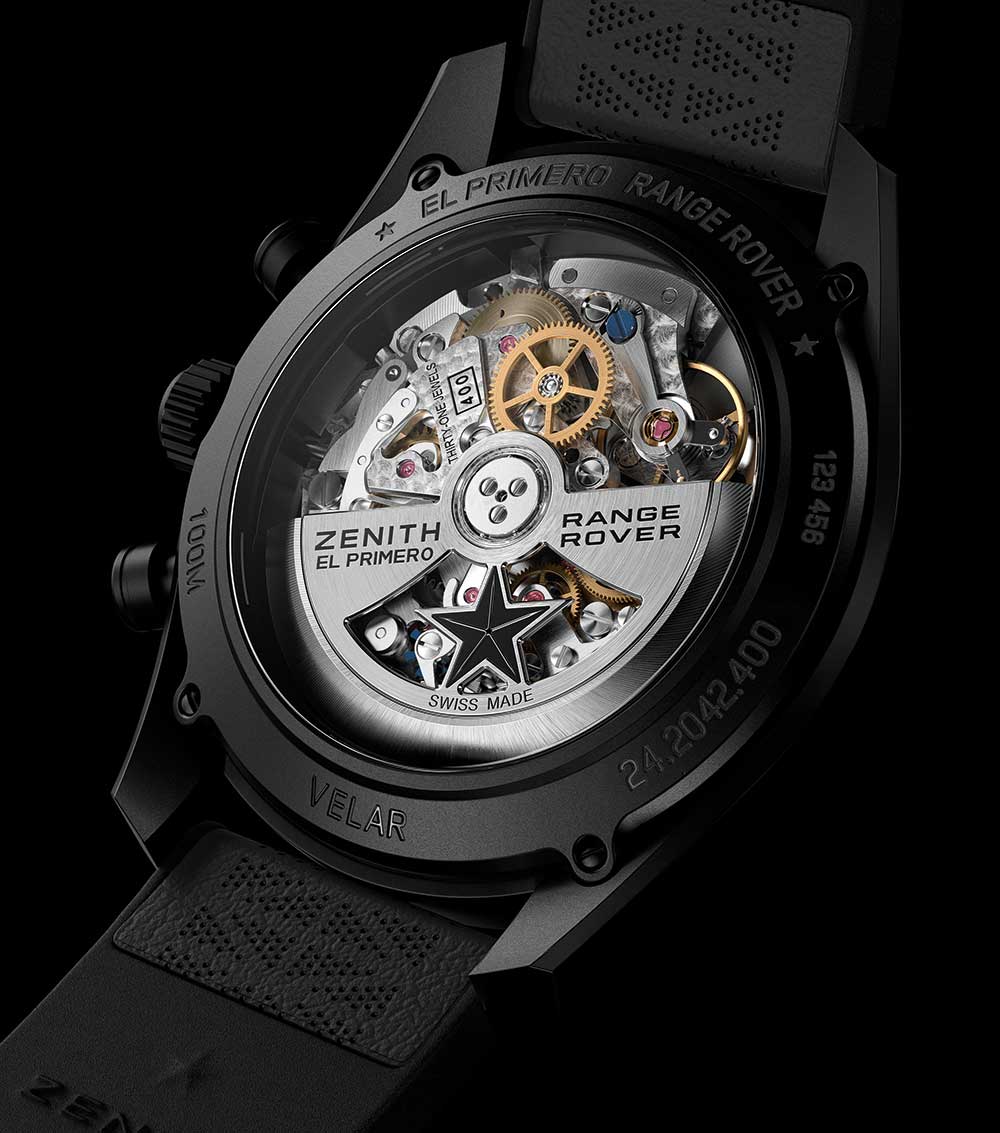 The Zenith Chronomaster El Primero Range Rover Velar Special Edition is reference 24.2042.400/27.R799, and it costs €8,900. I think that it will be available from September 2017. It’s a fine watch in terms of looks and has one of the most famous chronograph movements in the world. It costs €2,000 more than the entry-level Chronomaster in steel. Further information from the Zenith website. 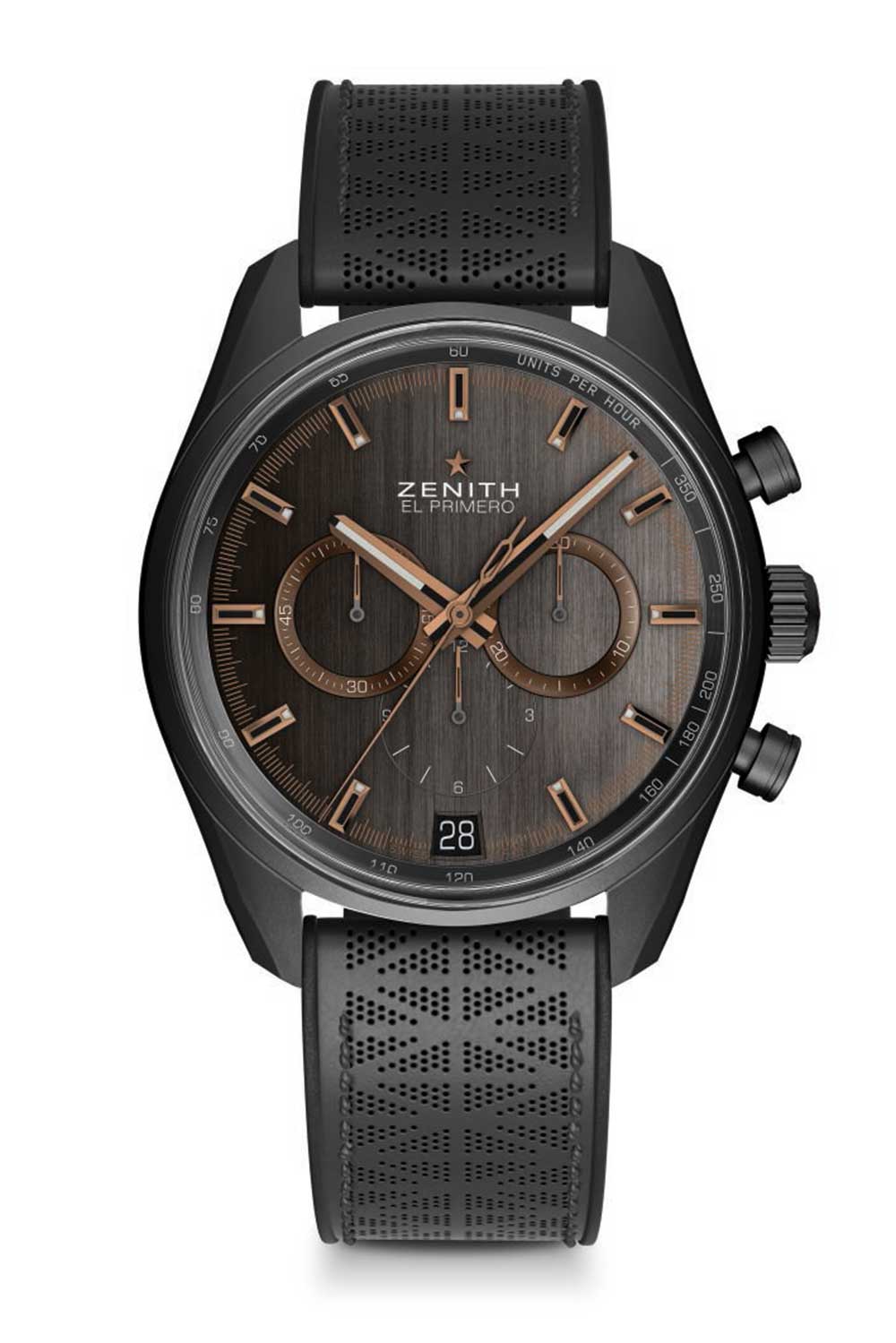