The young Charles Lewis Tiffany borrowed $1,000 from his father to set up a “stationery and fancy goods emporium” with his friend John B. Young in New York, at 259 Broadway in New York, 1837. They quickly developed a reputation for their original jewellery and silverware. One of their pioneering innovations was the use of the British 925/1000 standard purity for silver, later adopted by the U.S. Congress following efforts by Charles Lewis Tiffany. They began selling timepieces in 1847, and developed a partnership with Patek Philippe, sharing a workshop in Geneva with them. In addition, they acquired sole marketing rights for UK brand Charles Frodsham. Tiffany opened a store on 10 Grand Quai in Geneva in 1868, and then built their own watchmaking plant on Place Cornavin in the same city in 1874. Tiffany & Co. operated it for just six years. In 1880 they retreated from watch production and sold their watch factory to Patek Philippe. 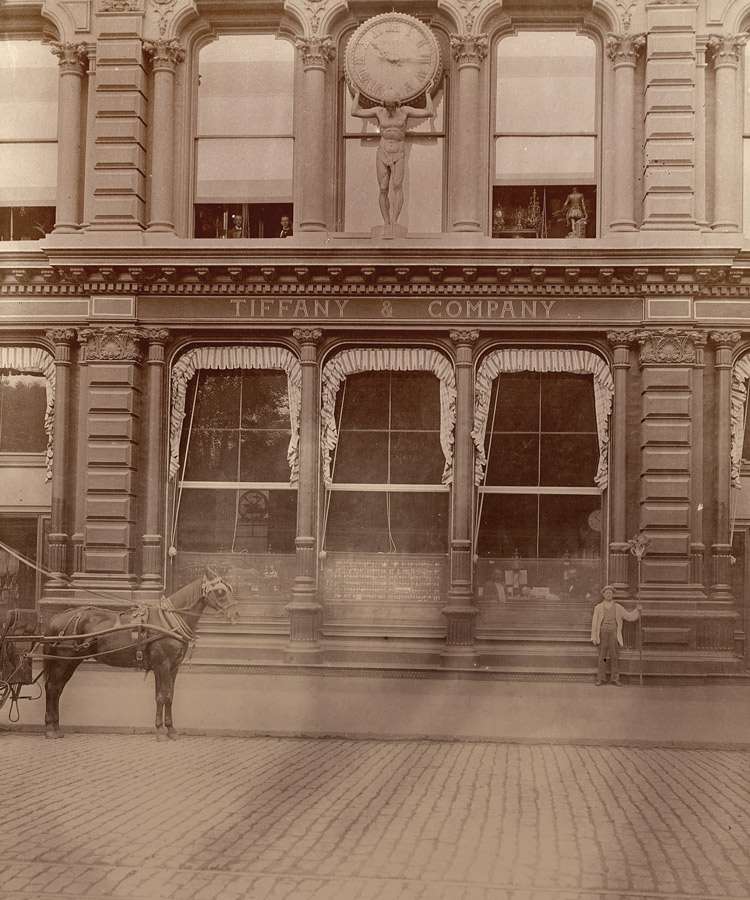 In 1853, the Atlas clock was installed above the entrance to Tiffany’s Fifth Avenue flagship store and it became a timesetting reference for the city.

Tiffany became famous above all for its jewellery. The Tiffany & Co. silver studio was the first school of design in America, and by 1870, the company had become the country’s leading retailer of jewellery and watches. In 1878, Tiffany purchased a 287-carat yellow diamond from the Kimberly diamond mines in South Africa, and recut it to 128 carats. It became the Tiffany Diamond, still visible in the brand’s Fifth Avenue store. Other hallmarks acquired over the years are the signature Tiffany Blue colour, which first appeared on the brand’s catalogue in 1878, and the Tiffany Setting, specifically designed for brilliant-cut diamonds. Charles Lewis Tiffany died in 1902, and his son Louis Comfort Tiffany became the company’s first art director.

In 2007, Tiffany began working with Swatch Group on a new watch collection. Tiffany wanted to outsource design, production and after-sales service for its branded watches – which at the time represented a minimal proportion, about 1%, of its total sales – and Swatch Group were interested in developing its position in the gems sector – at that time, Swatch Group didn’t own a major jewellery watch brand. The joint venture was planned to run for 20 years. The result was Tiffany Watch Co. Ltd., founded by Swatch Group in 2008, with Nayla Hayek as CEO. The first collection of watches was presented at Baselworld in 2009. But something went wrong in the relationship. Probably Tiffany weren’t happy with the positioning of the watches that Swatch Group were designing and making for them, and Swatch Group felt that Tiffany weren’t dedicating enough energy to marketing the new pieces. Swatch Group specifically referred to Tiffany & Co.’s “systematic efforts to block and delay development of the business.” The two parties went legal in 2011, and decided on a private arbitration, presumably for confidentiality.

In December 2013, the Dutch arbitrators determined that Tiffany should pay Swatch Group 402 million Swiss francs in damages. In their original action, Swatch Group had asked for 3.8 billion francs, a figure based primarily on the loss of future profits. In 2016 the Court of Appeal in Amsterdam confirmed the decision, after a lower Dutch court had overturned the arbitration panel’s ruling in 2015. With the money that they had been awarded from Tiffany & Co., Swatch Group bought Harry Winston, where Nayla Hayek took over as CEO. In 2017 Tiffany said that they are considering another appeal to the Supreme Court of the Netherlands. 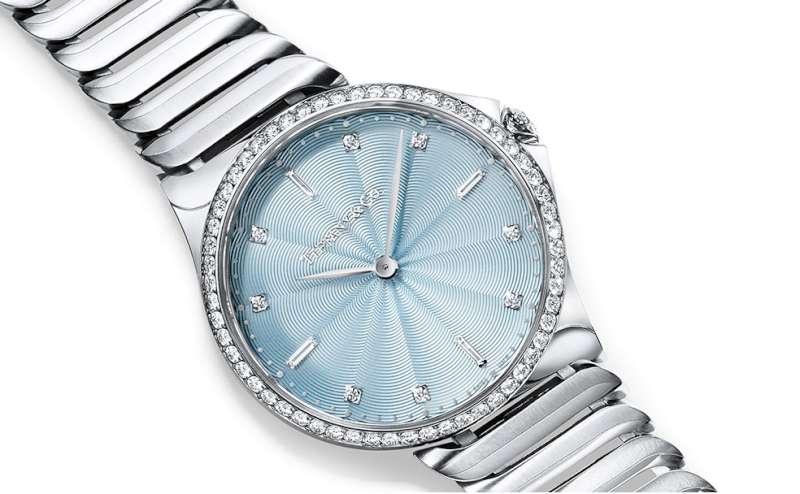