Longines often releases new versions of pieces from its historical collection, as part of the Heritage range. They are often quirky watches, such as the Lindbergh Hour Angle with its complex scales, the Avigation Type A-7 with its slewed dial, and the Heritage Diver “Lazy Eye.” The Longines Avigation BigEye has the same sort of character. It is based on a 1971 Longines, recently purchased by the brand for its factory museum at Saint-Imier. It has an unusual dial layout, with three subdials, all with a different style of markings. The subdial at 3 o’clock is for chronograph minutes, a 30-minute counter that takes a bit of mental arithmetic to use. The counter at 6 o’clock is for chronograph hours, and that at 9 o’clock is for continuous seconds. Somehow it works aesthetically, there is no sense of imbalance. The Longines designers have kept things simple by not adding a date window and minimizing the writing on the dial, with just the brand name and the word “automatic.” 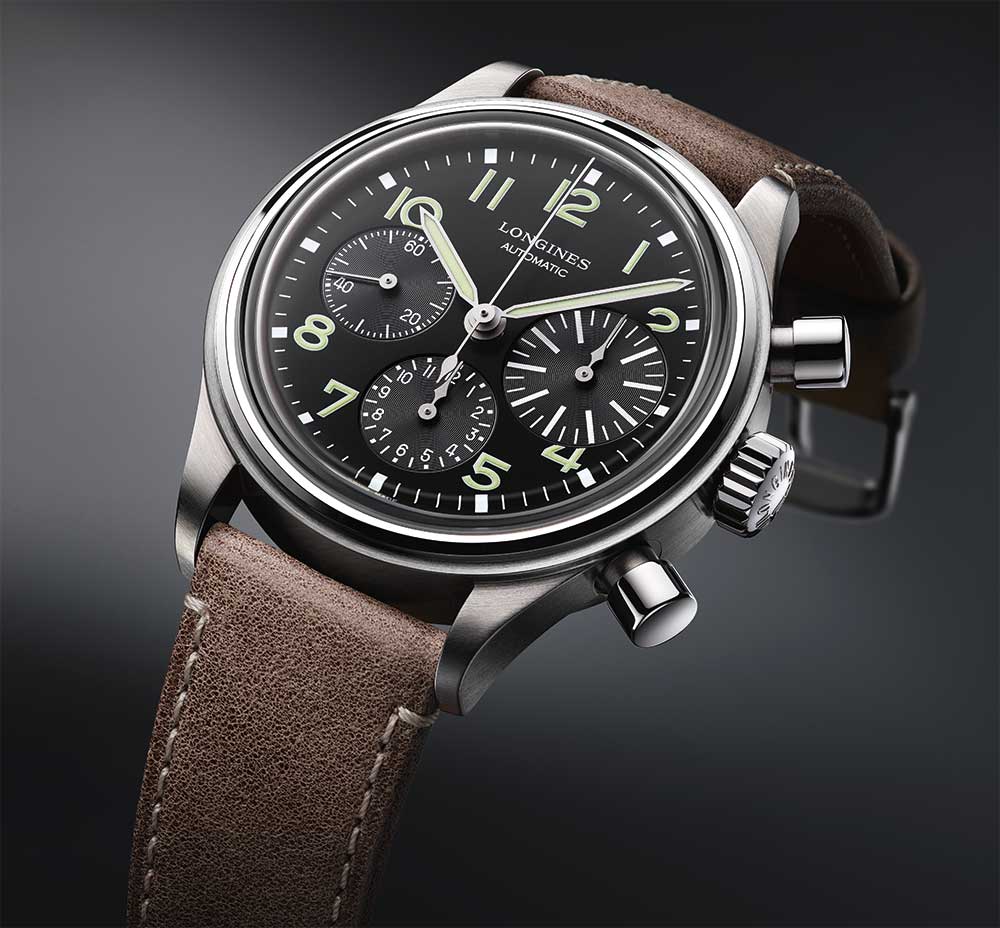 The overall layout is typical of pilot’s watches, with large Arabic numerals coated in SuperLuminova, on a semi-gloss black dial. The pushers are large, easy to use even if you are wearing gloves (as pilots were doing in the early years of aviation). The watch is 41 mm in diameter and about 14.5 mm thick, so easily wearable. 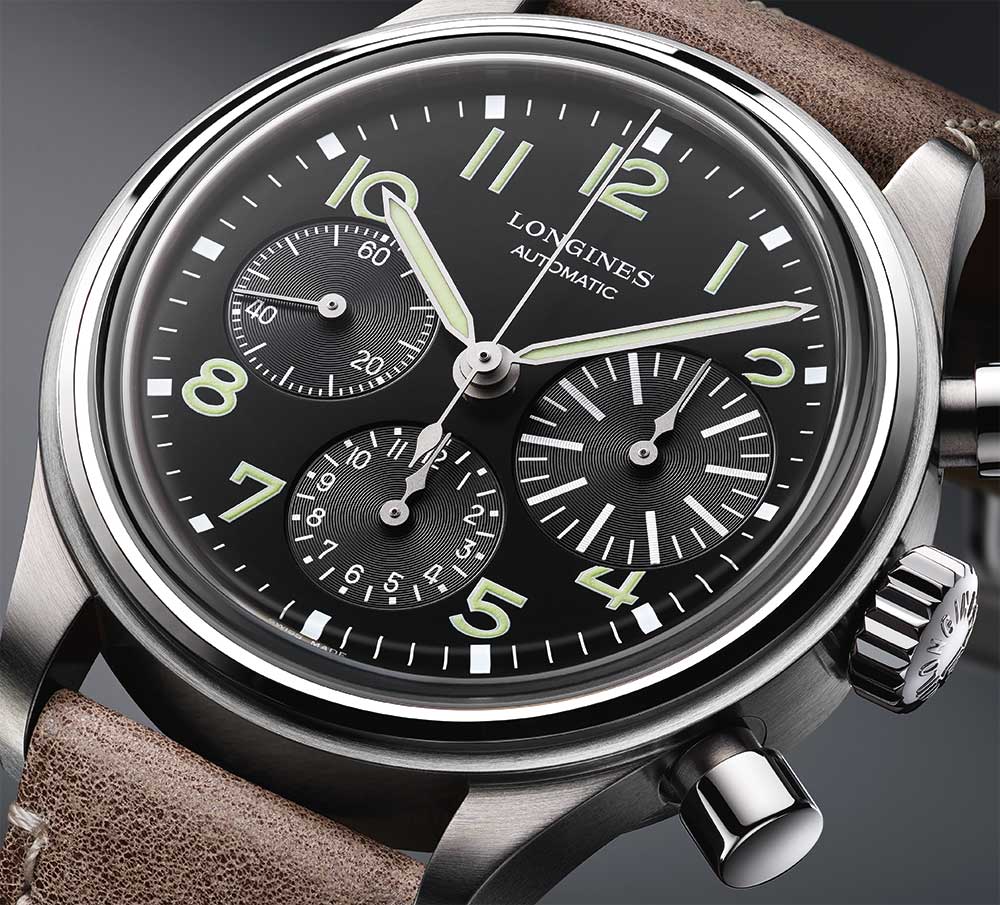 A similar vintage watch by Breguet

It’s difficult to imagine the practical utility of the 30-minute chronograph counter designed in this way, with no numbers, but it seems to have been a recurrent pattern in the post-war years. A Breguet Type XX dating to about 1956 was also known as the Big Eye and had the same sort of chronograph minute counter layout, though in this case it has just 15 minutes on the subdial. 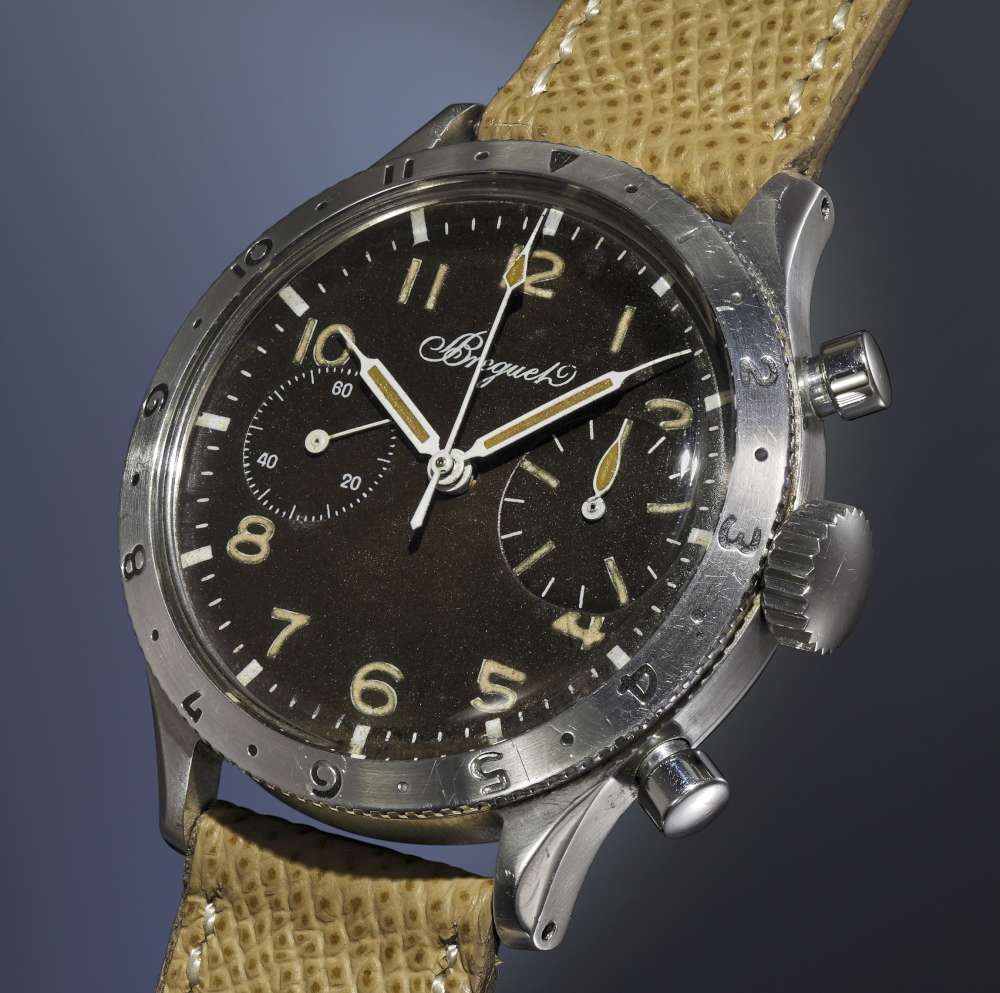 The Longines Avigation BigEye is powered by the self-winding calibre L688.2, made by ETA as the A08.L01 exclusively for Longines. This movement was built by ETA in 2009 on request from Longines, who wanted a column wheel chronograph that would fit its price range of below 3,000 Swiss francs. The A08.L01 is similar to the cam-operated Valjoux 7753, but with a column wheel and vertical clutch. The same movement was subsequently modified for Omega, adding a co-axial escapement to create the Omega 3330. (ETA, Omega and Longines are all part of the Swatch Group). The A08.L01 runs at 28,800 vibrations per hour, 4 Hertz, has 27 rubies, and provides a power reserve of 54 hours. 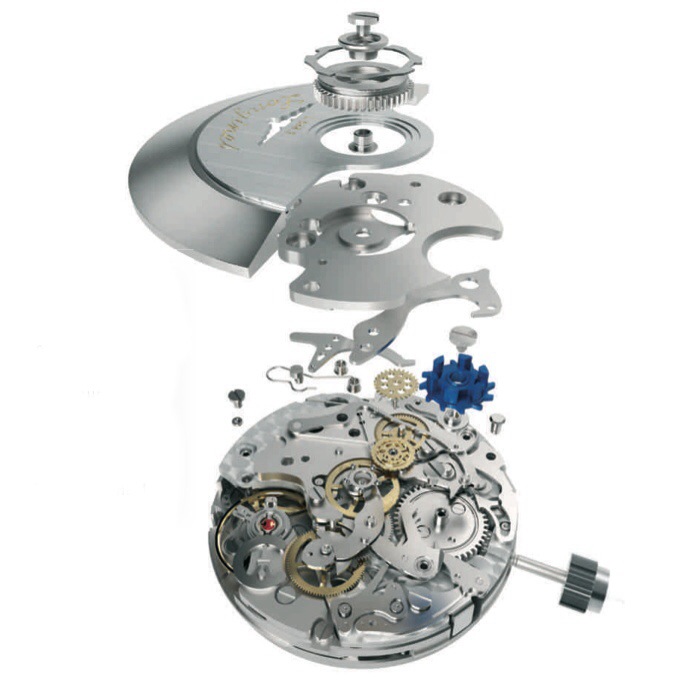 The watch has a domed watchglass, a solid caseback with a special engraving (I haven’t seen this yet), a brown leather strap, and a water-resistance of 30 metres. 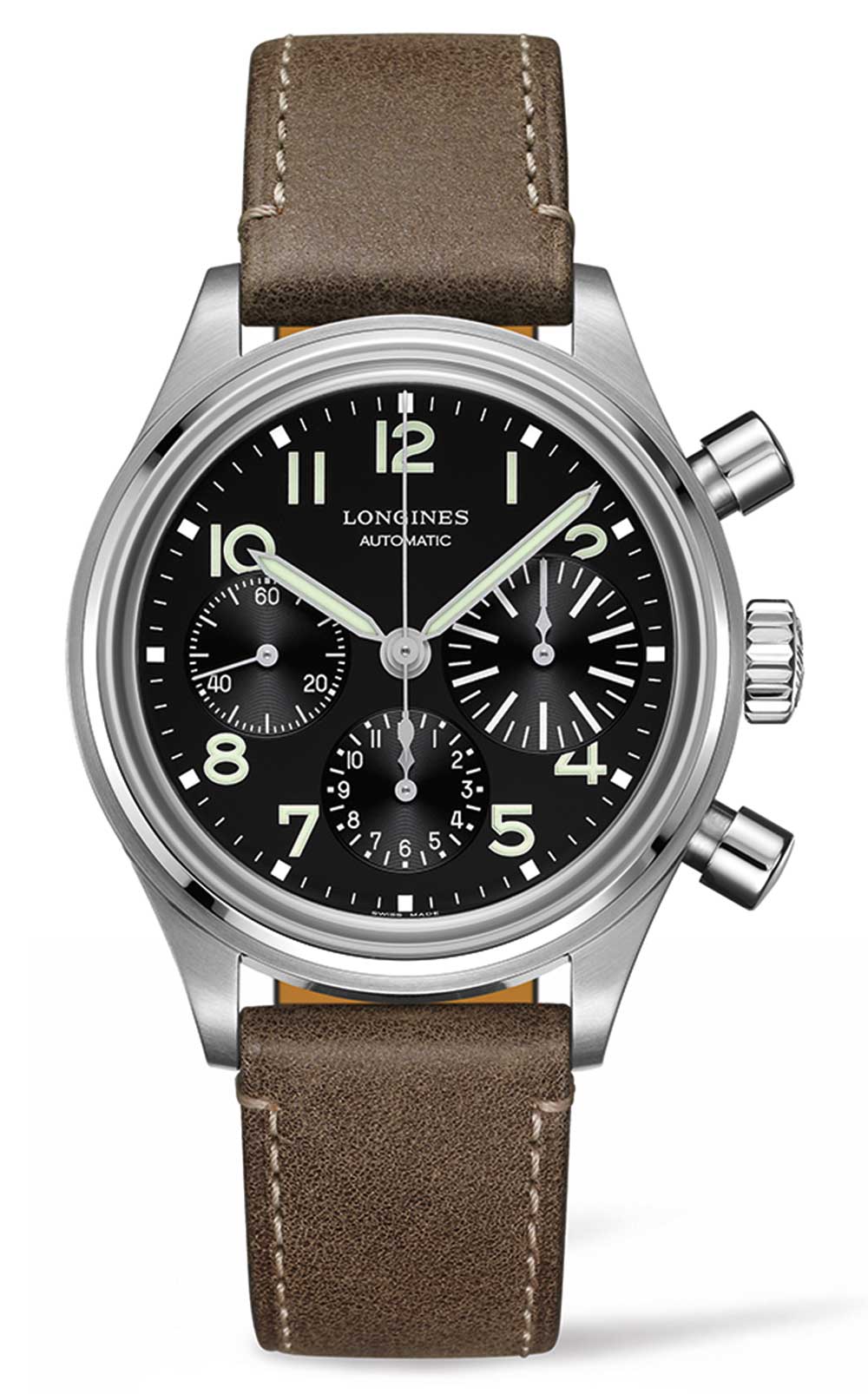 The Longines Avigation BigEye is reference L2.816.4.53.2/4, and it costs €2,570. This is an exceptionally good price for a chronograph with column wheel and vertical clutch, the same sort of value for money as offered by the Seiko Presage Chronograph SRQ019J1. Opinions differ on the relative value of the different types of chronographs, but generally speaking, the column wheel provides smoother pusher action. The vertical clutch runs with less friction than the horizontal clutch, so that, unlike the horizontal clutch, balance amplitude remains the same or even increases when the chronograph is started, therefore improving movement precision. The column wheel and vertical clutch are harder to manufacture and assemble, and so this configuration is nearly always used for high-end watches. More information from the Longines website.