The new IWC Ingenieur Perpetual Calendar Digital Date-Month is a spectacular perpetual calendar chronograph. One of the four new Ingenieur watches introduced in September 2017, like the other three it has elements from the very first Ingenieur, model 666A introduced in 1955, such as the circular case, simple dial and the layout of hour markers and SuperLuminova. But this piece is outstanding for its design, with the digital date and month displays within circular frames that resemble subdials. The 89801 movement has already been used by IWC on other analogous watches, such as the Portugieser Perpetual Calendar Digital Date-Month, and the tonneau-shaped Da Vinci. But it’s visually best here. In real life, the colour contrasts aren’t as dramatic as in the renderings below, I’ll post some photos once I’ve taken them. 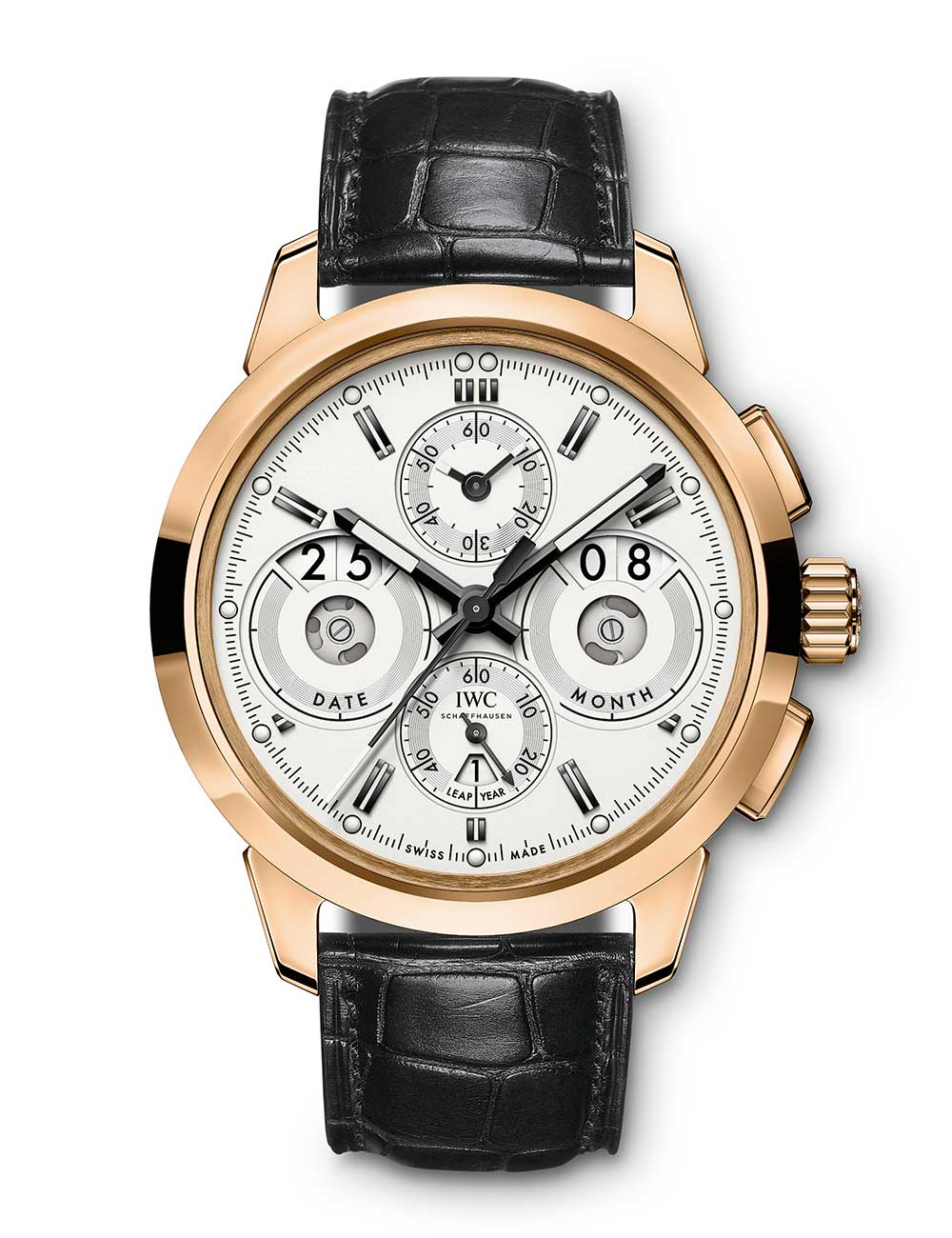 The big numerals set this watch apart from just about anything else. It’s a spectacular dial, very legible, with a combined hour and minutes display on the subdial at the top that provides the most intuitive chronograph format. At the bottom, the year subdial shows years L (leap year), 1, 2 and 3. The case is large at 45 mm diameter and 17.4 mm thick, in red gold. It has an impressive 12 bar water resistance, provided in part by the screw-down crown. 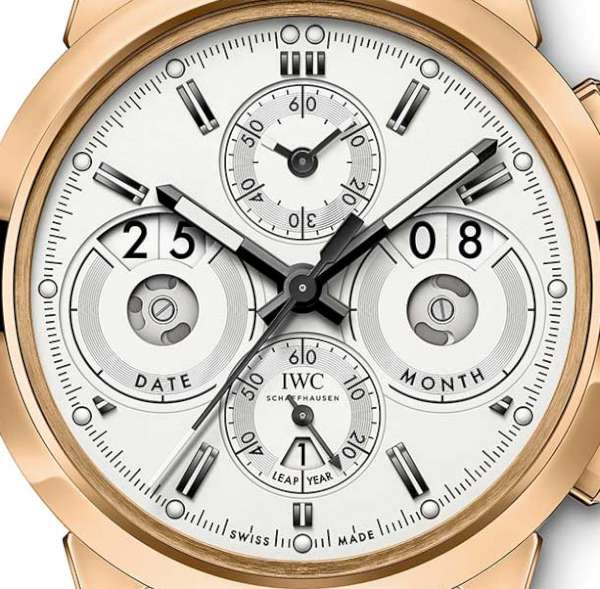 The 89801 movement is an in-house calibre based on the IWC 89800, which was introduced in 2009. It is basically a combination of the 89360 chronograph movement, integrated with the perpetual calendar. The movement has two notable features: the calendar is adjusted from the crown, so there are no caseband recessed pushers, and over the course of the month the movement gradually accumulates a small store of energy that is used when energy absorption is highest, at the end of each month, when up to five discs have to rotate simultaneously. The system works even when the mainspring is almost completely depleted. In addition, the chronograph has the flyback function, and the calibre has the stop-seconds function which enables the owner to check the calibre’s precision.

The movement incorporates IWC’s Pellaton winding system, improved to become the brand’s double-pawl system, with four pawls arranged diagonally with respect to the ratchet wheel. This improves winding efficiency by 30% and enables the rotor size and weight to be reduced, lessening stress. 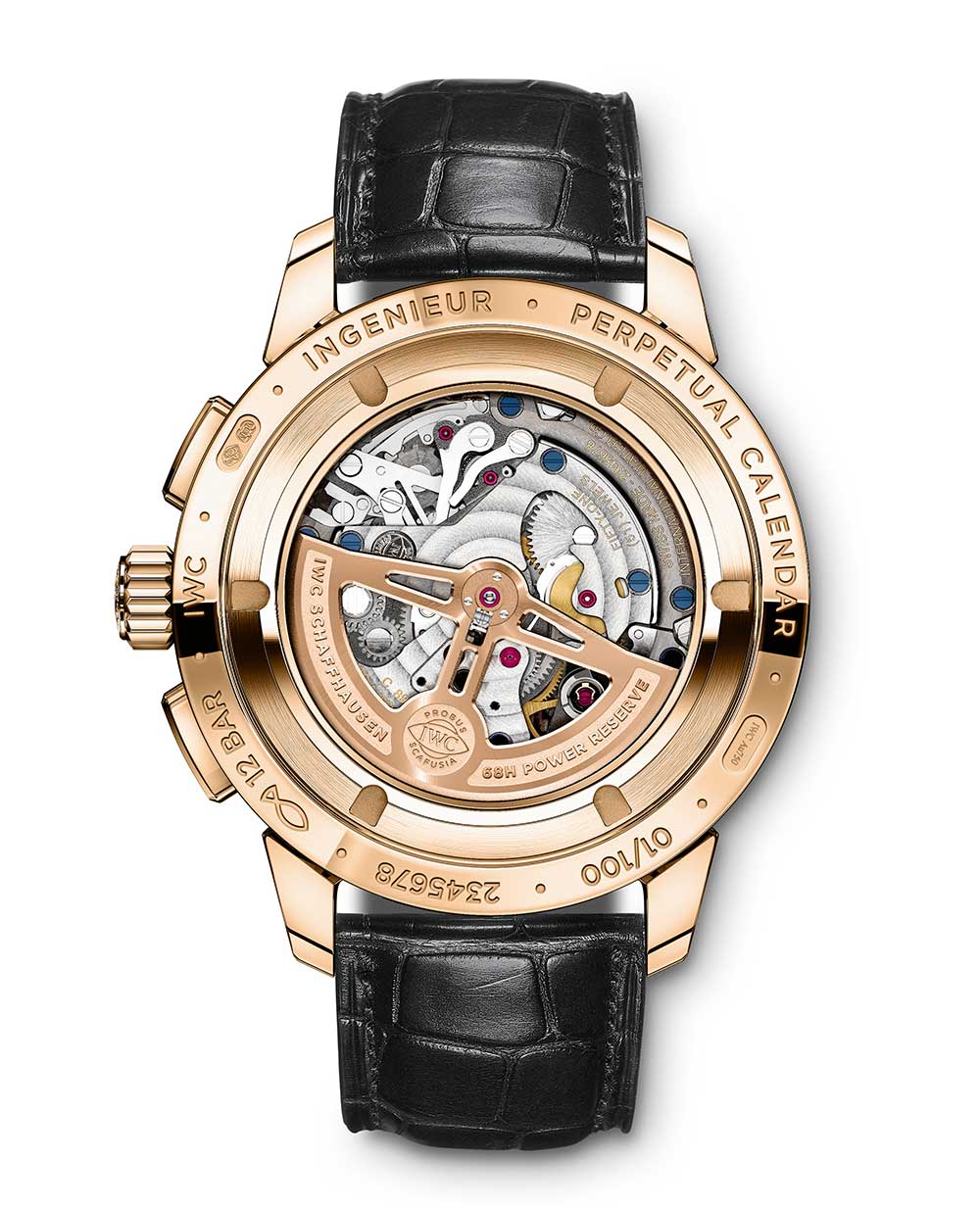 Adjustments from the crown

IWC’s version of the perpetual calendar is different to the majority of versions of this complication, which usually have recessed pushers on the caseband to adjust the various date functions separately. IWC’s 89801 instead encodes the four-year cycle into the movement, so that you just have to turn the crown to adjust it. This makes things simple for the user, but it requires care because it can’t be adjusted backwards, and it mustn’t be adjusted between 8 pm and 2 am. It’s a watch best kept running, because some care is necessary when adjusting the calendar. The crown has to be rotated slowly clockwise: if you turn it too quickly, the display discs may not be positioned correctly in the display window. And you mustn’t move the calendar beyond the correct date, because you can’t move it backwards. If you do, you have to stop the movement by pulling the crown out to the time-setting position, and leaving it stopped until the world has caught up with the watch. Alternatively, you can advance the calendar – slowly! – by four years until you reach the correct date. 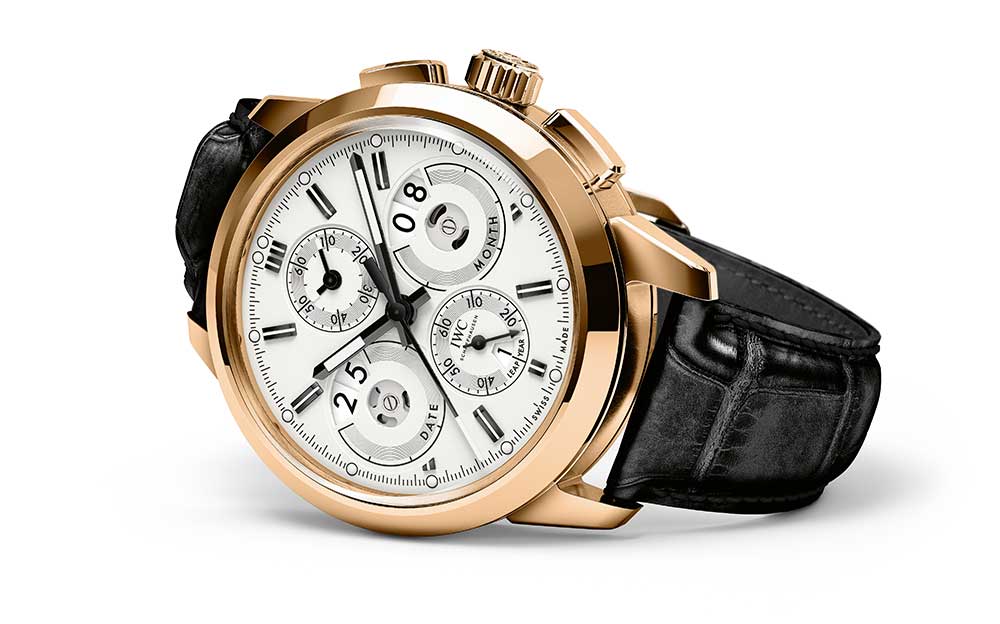