The new 2017 edition of the IWC Big Pilot’s Watch Annual Calendar reference IW502706 is very similar to the 2016 edition dedicated to Le Petit Prince, except that the dial is now tobacco brown, there is an A for Antoine on the dial, and the oscillating weight is in the shape of Antoine de Saint Exupéry’s P-38 Lightning aircraft. It’s a large watch, 46.2 mm in diameter and 15.3 mm thick, and the dial highlights the annual calendar display, powered by three discs whose ingenious arrangement makes it possible to place them side by side in windows almost concentric with the dial itself. Almost, because the 52850 movement originally appeared in the Portugieser Annual Calendar, 2 mm smaller. 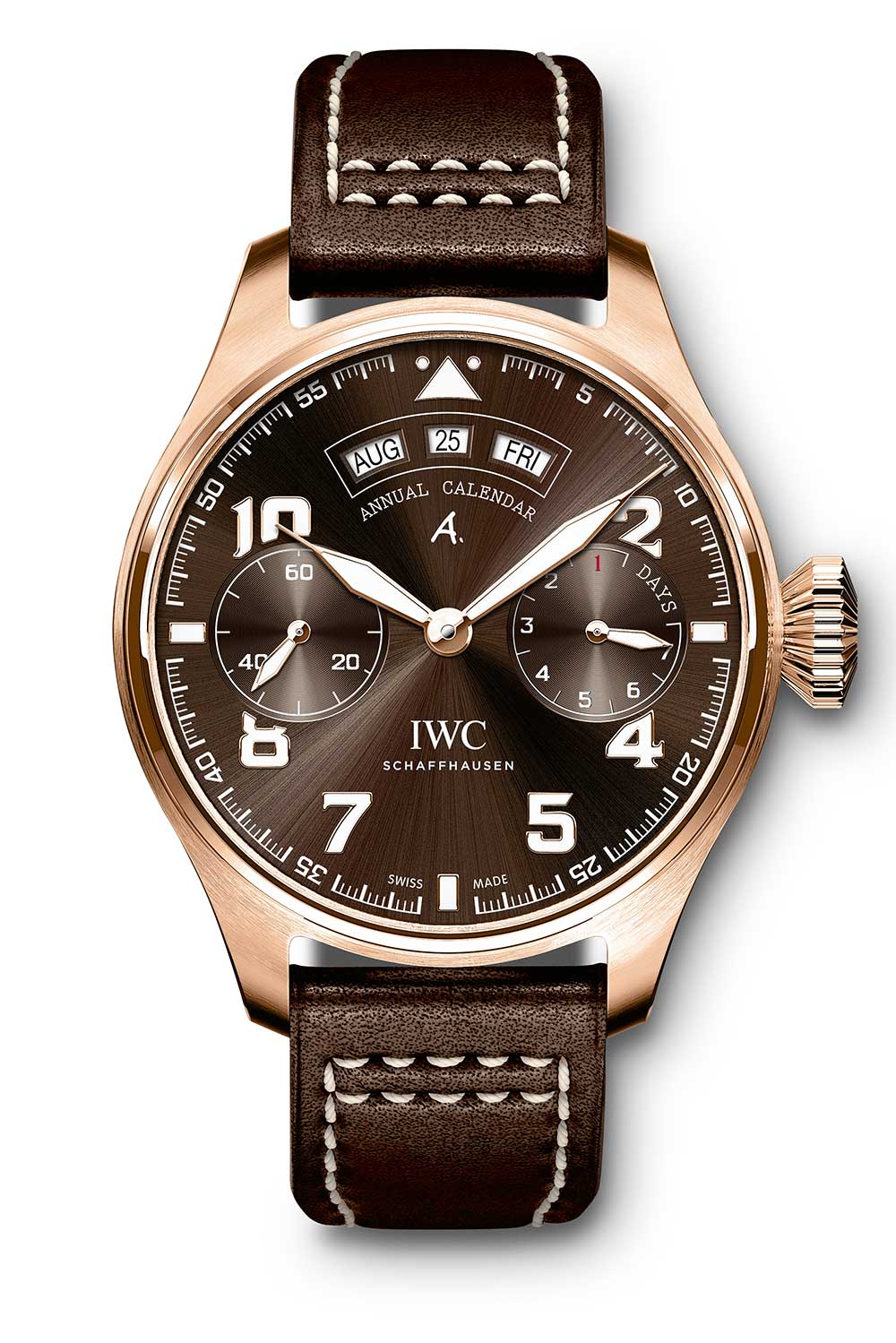 The IWC Big Pilot’s Watch Annual Calendar takes the different length of months into account, but does not keep track of the four-year cycle, and so it requires manual adjustment every year at the end of February. Correction can be performed from the crown. The small seconds subdial is at 9 o’clock, opposite the power reserve indicator, and it has the stop-seconds (hacking seconds) function for precision time-setting. Classic pilot’s watch elements are the triangle at 12 o’clock, the chunky Art Deco Arabic numerals, broad hands with lots of space for SuperLuminova, and large conical crown. The latter is screw-in, contributing to a 6 atm water resistance. 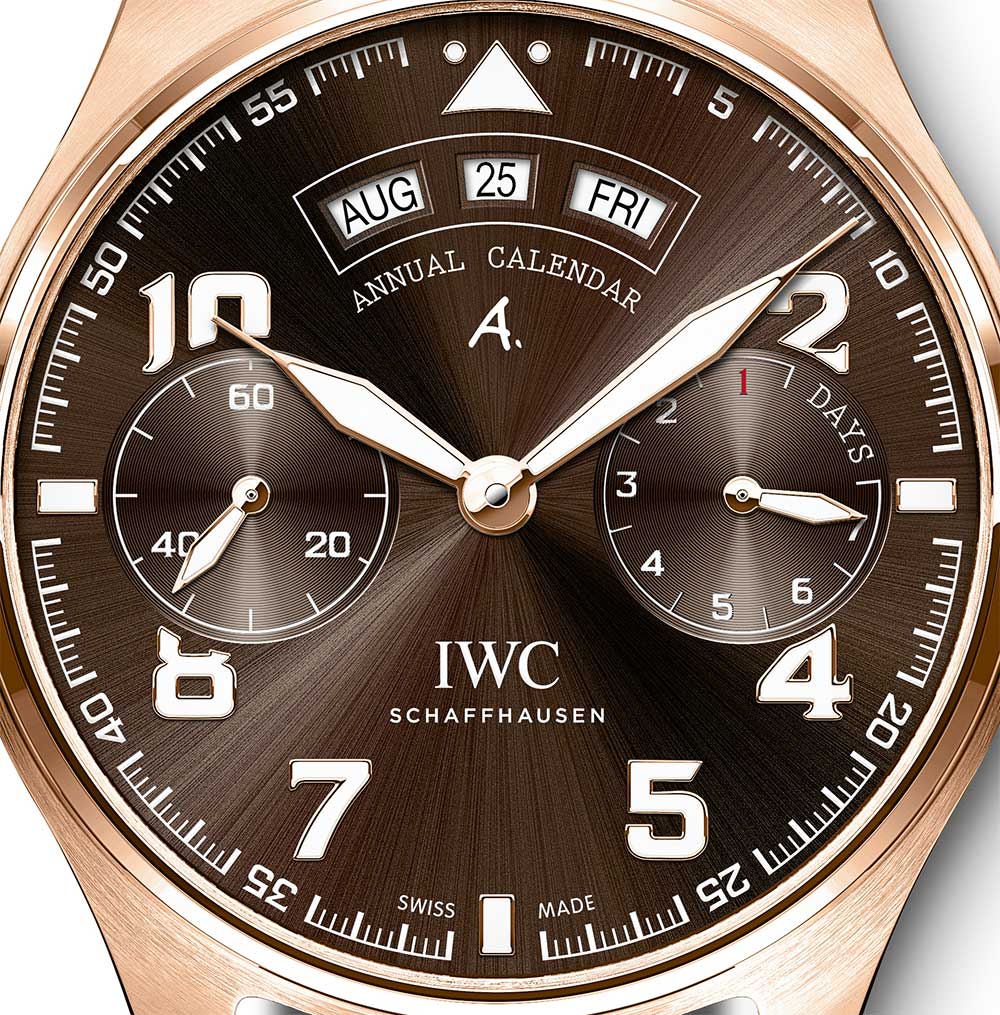 The display caseback with sapphire window reveals the in-house 52850 movement, with a red gold oscillating weight shaped like a P-38, complete with the characteristic bulges for the engine radiators on the two twin fuselage booms. It’s an effective visual reference to the plane that Antoine de Saint Exupéry was flying when he died on 31 July 1944, crashing into the sea in the Bay of Carqueiranne off Toulon, after a reconnaissance mission from a base on Corsica. He was 44 years old. 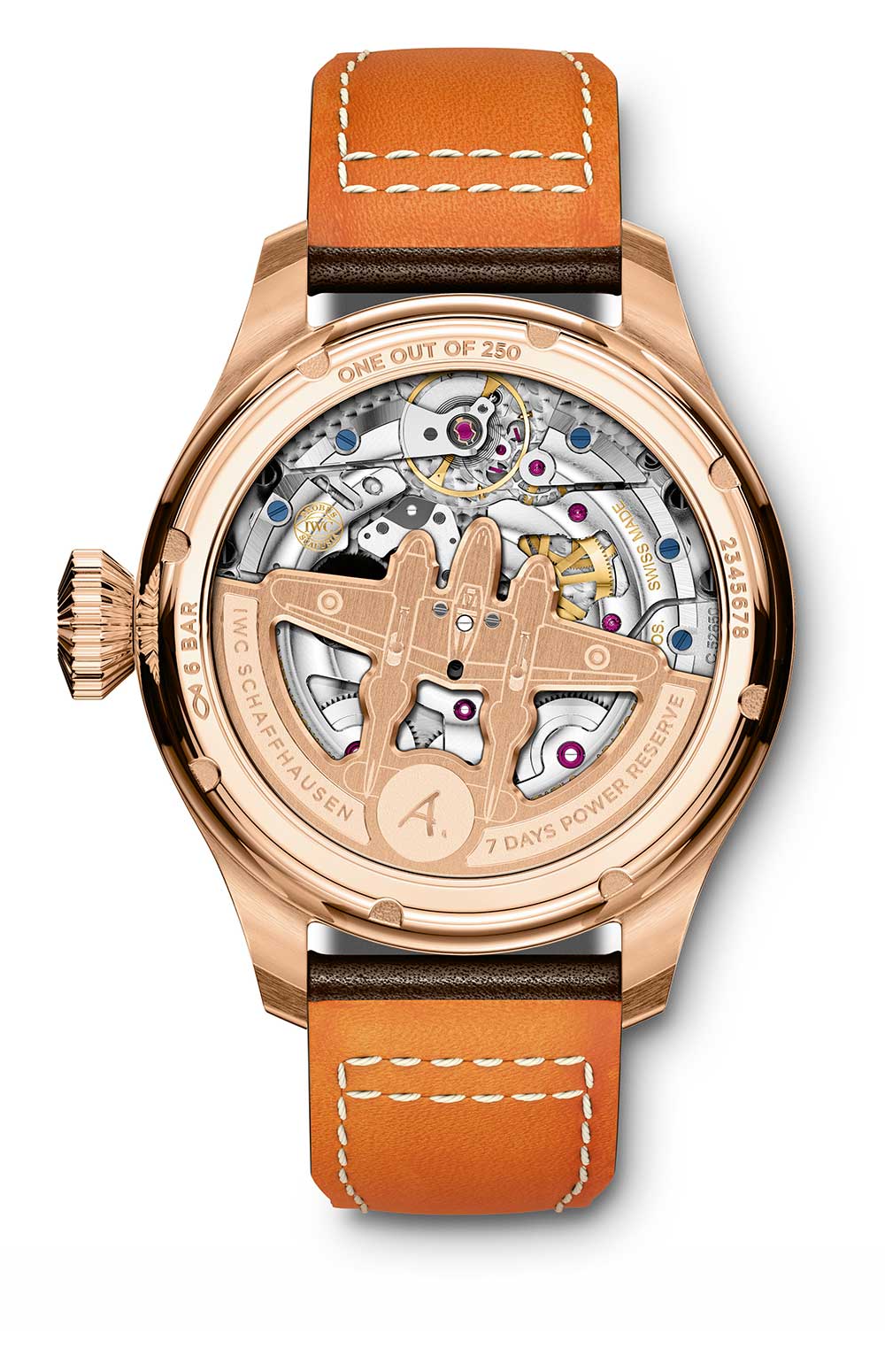 The 52850 movement has two barrels that provide enough power for the calendar indications, and also offer a 7-day power reserve. It runs at 28,800 vibrations per hour, 4 Hertz. This photo of the dial side of the 52850 calibre reveals a mysterious detail: why do IWC spell October as OKT? 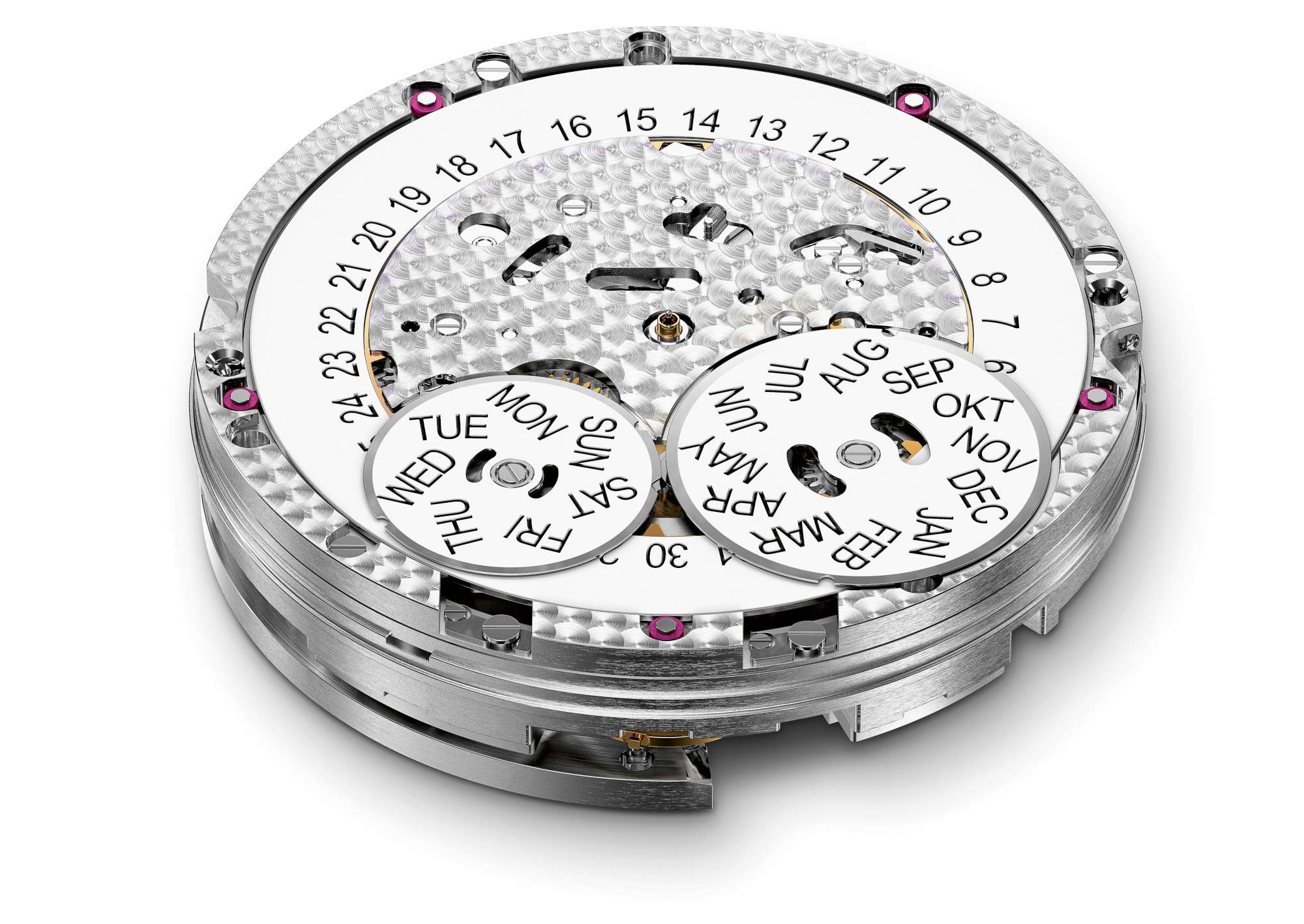 The watch is in a red gold case, with a brown calfskin strap by Santoni with its distinctive orange lining. It is a limited edition of 250 pieces. Price €36,600, the same as last year’s edition. Read more on the IWC website.