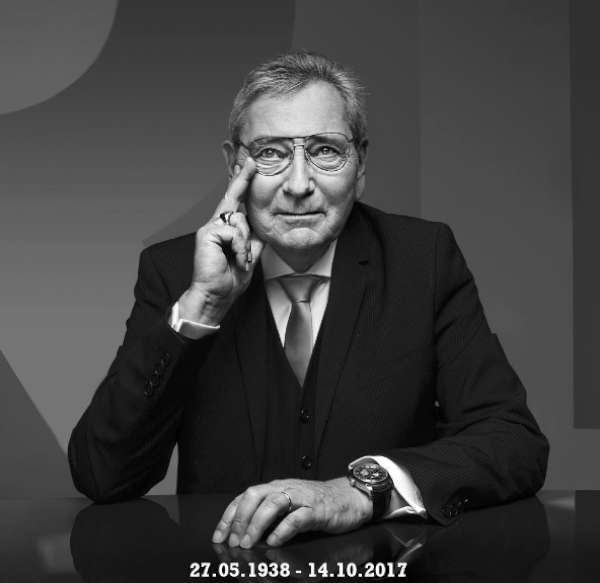 Roger Dubuis, born in 1938, started his career in about 1957 at Longines in Saint-Imier, working for nine years on repairs in the after-sales department. In 1966 he moved to Patek Philippe, working on complication movements before setting up his own atelier in 1980. For 15 years he repaired watches and clocks for collectors, auction houses and watch brands, and he started working on his own complication, in particular a retrograde perpetual calendar module. He was able to bring this project to fruition with Jean-Marc Wiederrecht, creating the Bi-Retro Perpetual Calendar watch for Harry Winston, presented at Baselworld in 1989. It was the first double retrograde perpetual calendar watch in the world. 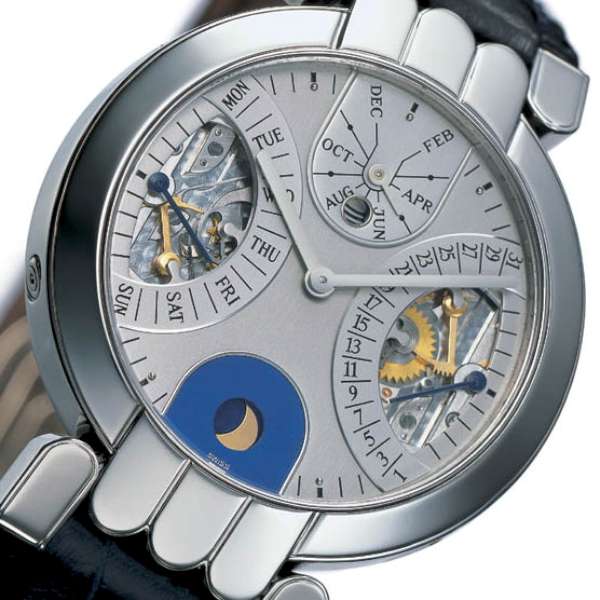 In 1995, at the age of 57, he joined forces with Carlos Dias, Portuguese-born designer who had worked at Franck Muller, launching the company initially called Sogem SA (Société Genevoise des Montres). Dias was CEO and majority shareholder. Its first watches were presented in 1999, and in the same year the company name was changed to Roger Dubuis SA. One of their first watches was the Sympathie S37 perpetual calendar, with a Lemania base movement and Dubuis’s bi-retrograde module. The basic concept for the watches was to transform Patek Philippe’s technical finesse and beauty into something more contemporary. Dias and Dubuis knew that to achieve this, the company had to develop a capability for making their own movements, and in 2001 they opened their own manufacture in Meyrin, near Geneva. By 2002, they had succeeded in this vertical integration with extraordinary speed: the brand had already created four in-house movements. There would be 28 Roger Dubuis calibres by 2009. 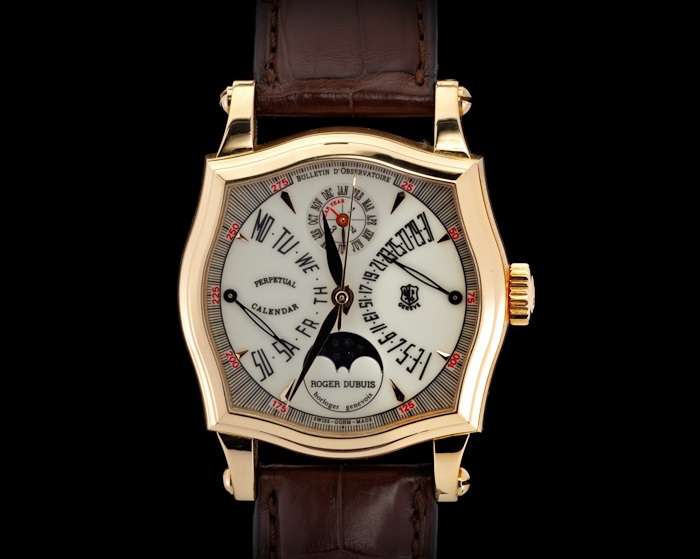 Somewhere in this development, something went wrong, and Roger Dubuis, who apparently had a much smaller stake than Dias, left the company in 2003. Though this was announced as a retirement, he continued to work on other projects, such as a collaboration with Maîtres du Temps, a collective of master watchmakers, where he was involved in their first two watches, Chapter One and Chapter Two. Meanwhile, in the following years, the Roger Dubuis company continued to produce its hallmark extravagant designs, that perhaps were not matched to the new market trend towards classical-style watches. The company had borrowed a lot of money to develop the manufacture, and when the recession hit in 2008, the banks requested their money back. Carlos Dias sold his 60% share of the company to Richemont Group, including the Meyrin component production facility, and left the company. Richemont reorganized the manufacture, using its massive production capability to make movements for other brands in the groups, such as Cartier. The Roger Dubuis collections were pruned hard, some of its in-house movements were improved, and many others were abandoned. In 2011, Roger Dubuis returned to the brand as its “natural ambassador.”

Dubuis had studied watchmaking at École d’horlogerie de Genève, and he wanted products with a Geneva identity – partly because most Geneva Seal watches were made by Patek Philippe, and he felt that this was an important factor for the identity of his brand. All his watches bear the Poinçon de Genève quality mark, and he built his factory in Meyrin near Geneva. His own style was probably closer to the discreet refinement of the Sympathie perpetual calendar chronograph, than to the flamboyance of today’s Excalibur collection which reflects Dias’ approach. Some of his earliest watches are strongly reminiscent of Patek Philippe and Longines. 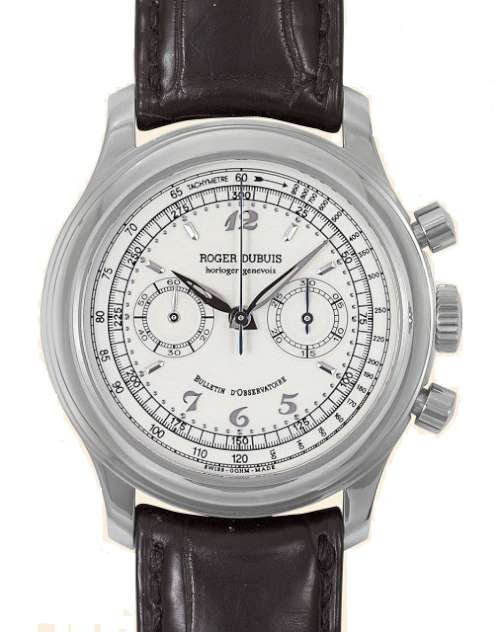 Asked a few years ago by a watch journalist if he had any regrets, he replied, “Only one: selling my name.”*

The company says: “Roger Dubuis has passed away today at the age of 79. His renowned expertise in Haute Horlogerie, his disruptive vision, his human values will remain close to our heart. We are all committed to keeping his unique spirit within our brand. Roger’s passing is a grievous loss for all of us and the entire watch community. Our sympathies are with his family and close relatives.”