Zenith confirms the generalized move towards vintage styles and smaller case sizes with the Heritage 146 chronograph. It is directly inspired by a 1960s watch and it has a 38 mm-diameter steel case, 12.45 mm thick. A water resistance of 10 atm (100 metres) is higher than usual and gives you the assurance that you can wear it safely anywhere. 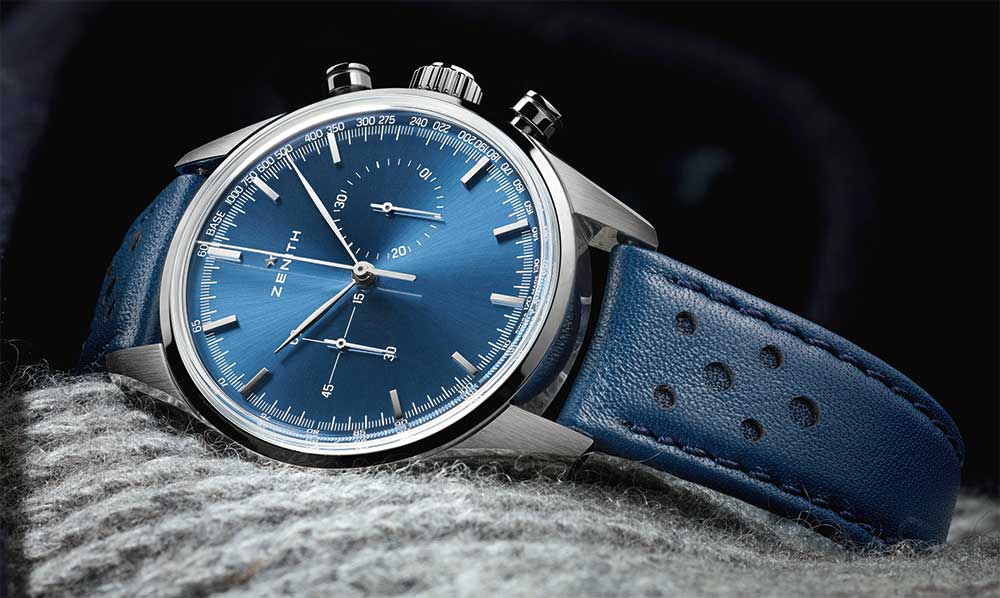 The Heritage 146 has a sunray-patterned dial in tropical brown or blue colours, and it is beautifully minimalist, with just continuous seconds on the left and chronograph minutes on the right. Its simplicity is further enhanced by the lack of a date window. The two subdials create an interesting graphic motif. The pushers are something of a contrast because they are automotive-inspired, piston-shaped. The calfskin strap has a pierced pattern that also reflects automotive design. 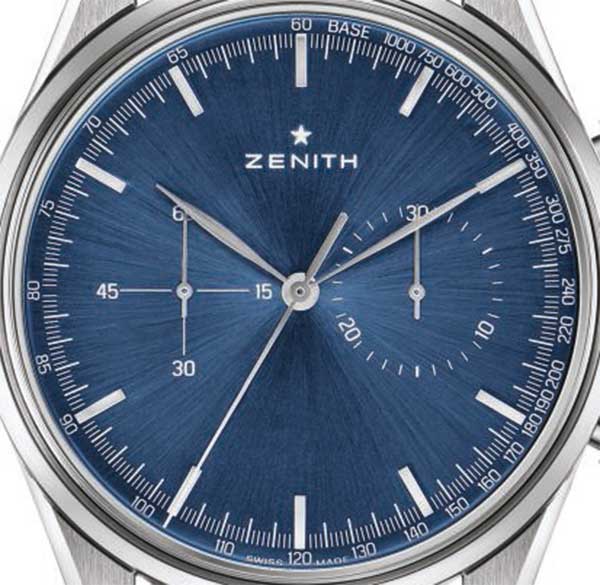 One of the original 1960s versions shows that the piston pushers were a feature of that historic model. This piece had a 45-minute chronograph counter, with three sectors each of three minutes. Apparently, in those days, long distance phone calls were charged in blocks of three minutes. The 45-minute chronograph minutes counter reflects another practical consideration: timing each half of a soccer match. 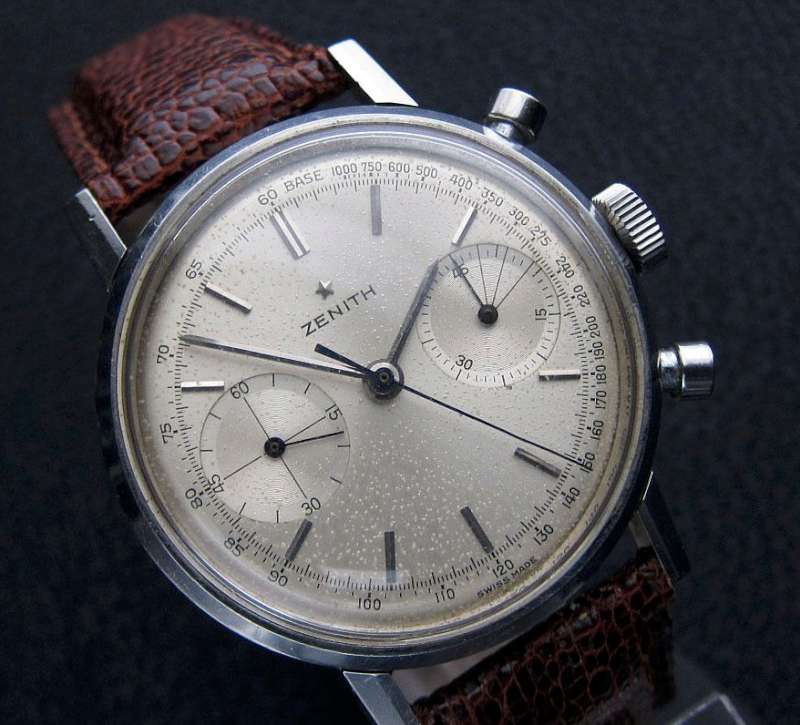 The 1960s piece in the photo above is powered by the Zenith Calibre 146 D, which was hand-wound, ran at 18,000 vibrations per hour and provided 38 hours power reserve. The Zenith Heritage 146 on the other hand has the high-beat El Primero Calibre 4069 which runs at 36,000 vibrations per hour, 5 Hertz, self-winding, with over 50 hours power reserve. The chronograph functions are controlled by a column-wheel. It is one of the few chronographs offering a precision of a tenth of a second and so the fifth-second divisions on the chronograph seconds scale are justified. To my eyes, something that was nicer on the historic piece above is the way that the hour markers don’t interrupt the chronograph seconds scale. On the new piece they are large, applied markers that take up the space of two-tenths of a second each. The tachymetric scale is also more elegant on the historical piece, with subdivisions making it easier to use. In the new watch it just has the numerals, without the intermediate markings. 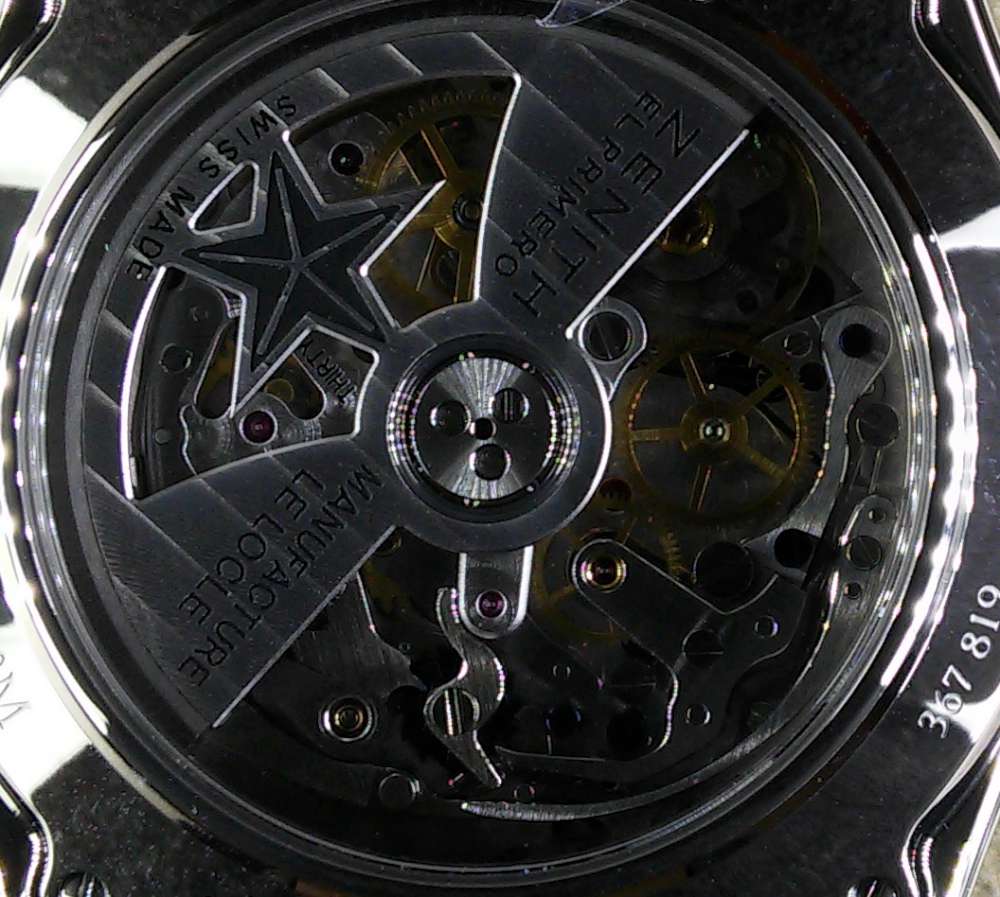 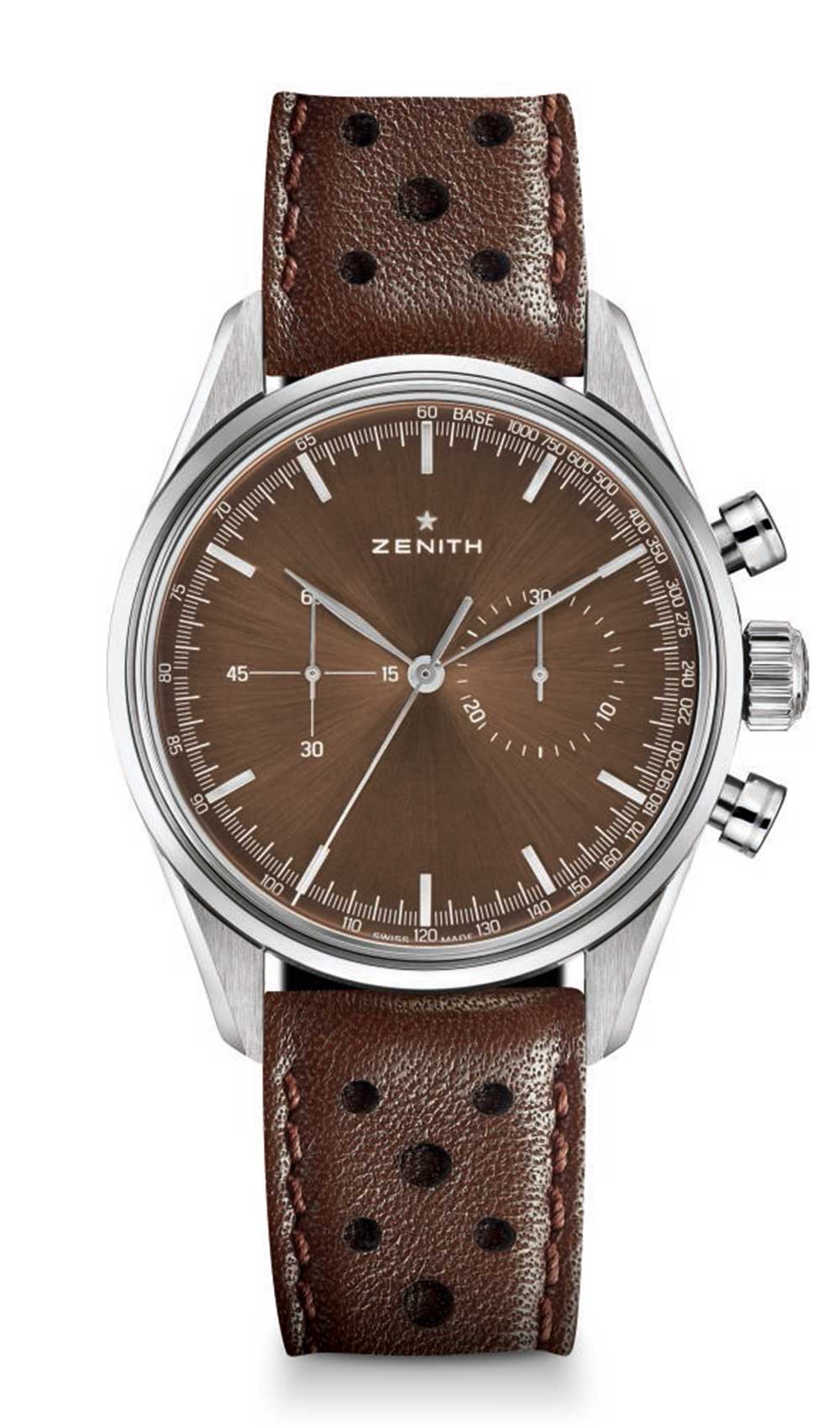