This watch, designed by Italo Fontana and built by his company U-Boat, was first introduced in 2011 and is now available in a new version, a 300-piece limited edition in titanium – hence the name U-Boat Classico 47 U-1001 TIT (I guess that signor Fontana has a less than 100% grasp of English slang). As for most watches by U-Boat, it is very large and bold, a cross between Panerai and steam punk. 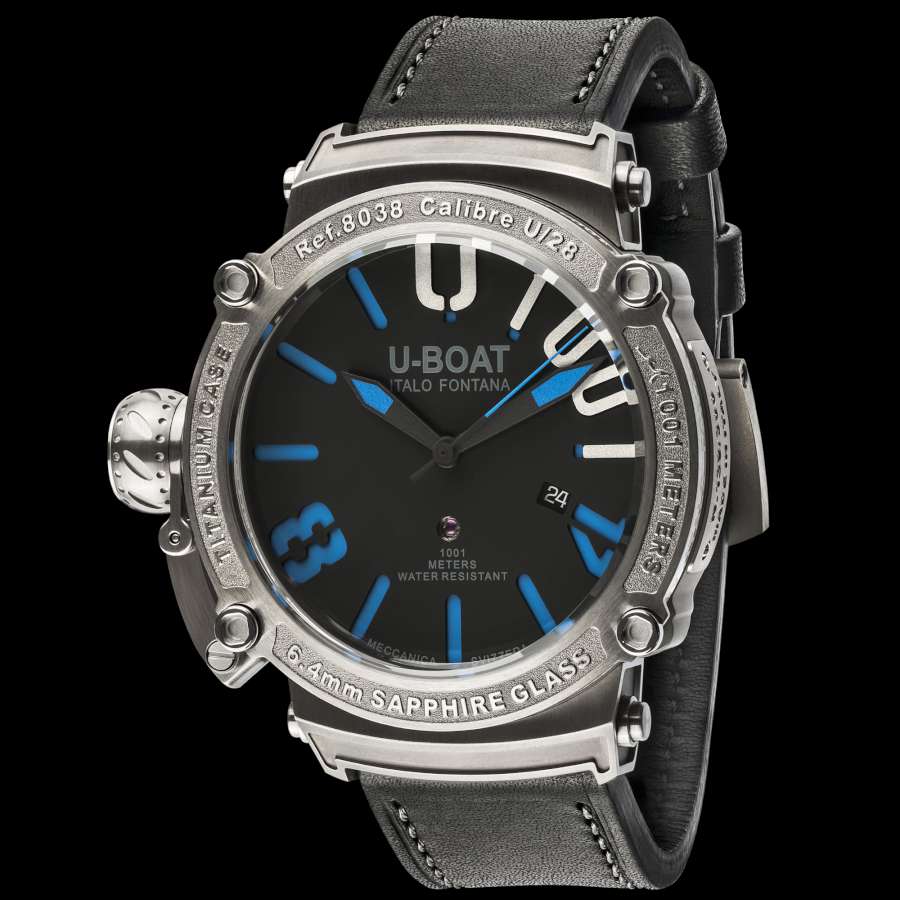 The first model presented in 2011 was 55 mm in diameter, but the 2017 version has been reduced to 47 mm. It is 17.6 mm thick, and the watchglass alone is 6.4 mm in thickness, so a lot thicker than Piaget’s Altiplano 900P which is 3.65 mm thick. But the U-Boat Classico 47 U-1001 TIT can reach 1,001 metres depth of water and everything about its appearance is linked to this feature. The number appears prominently on the dial between the 12 o’clock and 3 o’clock positions, but curiously, Italo Fontana has chosen to place the applied metal numbers for 1001 with the four digits in the space for three hours, so that the two zeroes don’t correspond to the hours. There are blue dots for the 1 and 2 o’clock positions but all the same it is a little confusing when you glance at the watch to look at the time. 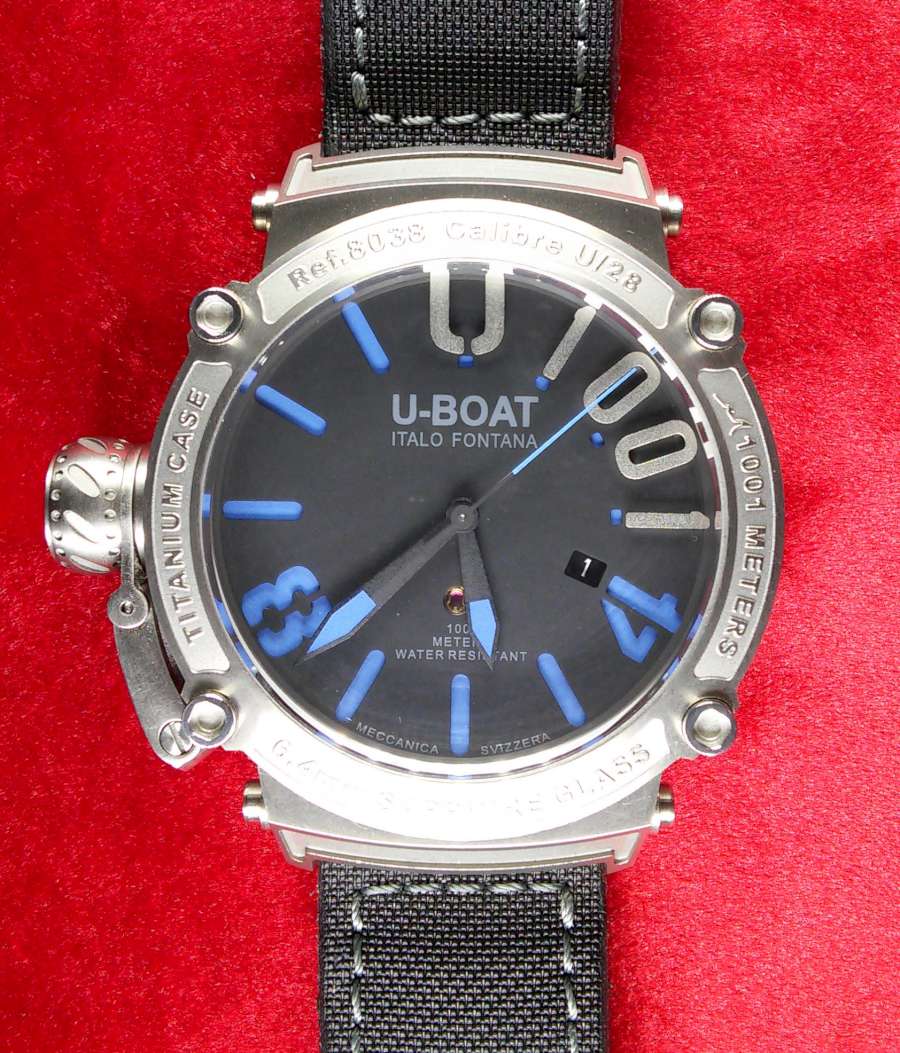 The dial inherits something of Panerai’s traditions, with a multi-layer construction, with blue SuperLuminova underneath and a top metal layer with perforations. This echo of Panerai is no surprise: I think that Italo Fontana worked for the brand earlier in his career, presumably when Panerai still had offices in Florence. Another similarity can be seen in the crown protector, totally different to the Panerai concept but sharing the same origin. In this case, the crown is covered by a screw-on cap, linked to the case by a hinged arm. The most distinctive features of the U-Boat Classico 47 U-1001 are the four bolts holding the watchglass to the case. The construction enables the side of the watchglass to remain visible, and it is laser-engraved with lettering all the way around.

There is a helium release valve at 9.45. The watch is tested for a 1,001 metre water resistance. The strap is in rubber with a calf lining, and the watch is supplied with an extra strap in calf, complete with lugs. In fact, when changing the strap, you simply unhook the lugs from the case by pressing release buttons. This is a neat way of allowing the user to modify the watch according to his preference for the day. 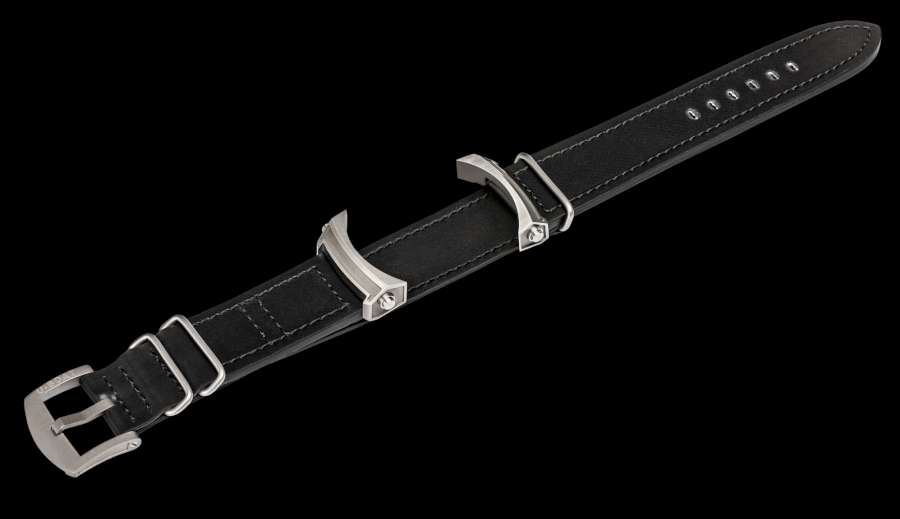 The movement is a Swiss automatic calibre, mounted so that the crown is at 9 o’clock and the date is at 4 o’clock. It runs at 28,800 vibrations per hour, 4 Hertz, and provides a power reserve of 38 hours. It is not visible, because the caseback is solid, with a fish of the type that lives deep down in the ocean engraved onto it. The serial number of each watch is engraved on a plate on the side of the case. 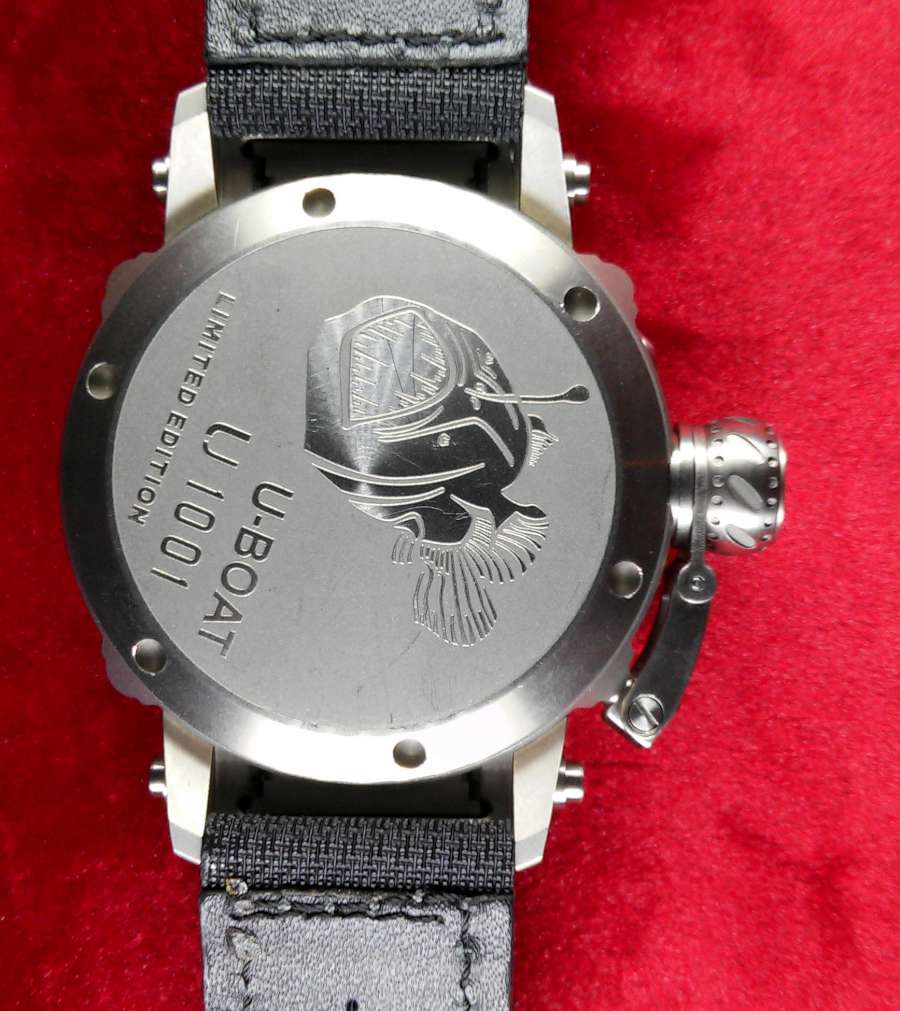 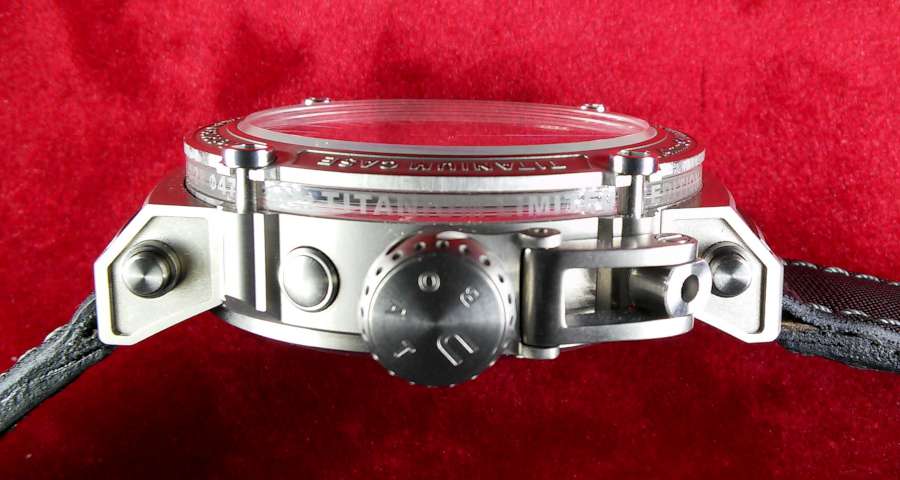