Which was the best watch at SIHH 2018? Looking at the photo below, it may seem surprising to see a watch like this amongst the top watches at the Salon Internationale de la Haute Horlogerie. It has a classical dial and it doesn’t do anything revolutionary. But, when I was looking at the 1815 “Homage to Walter Lange” exhibited in a display cabinet, accompanied by a PR representative from A. Lange & Söhne, I saw that she discreetly wiped away a tear. This watch talks about love, with all the discretion and understatement that is typical of A. Lange & Söhne. 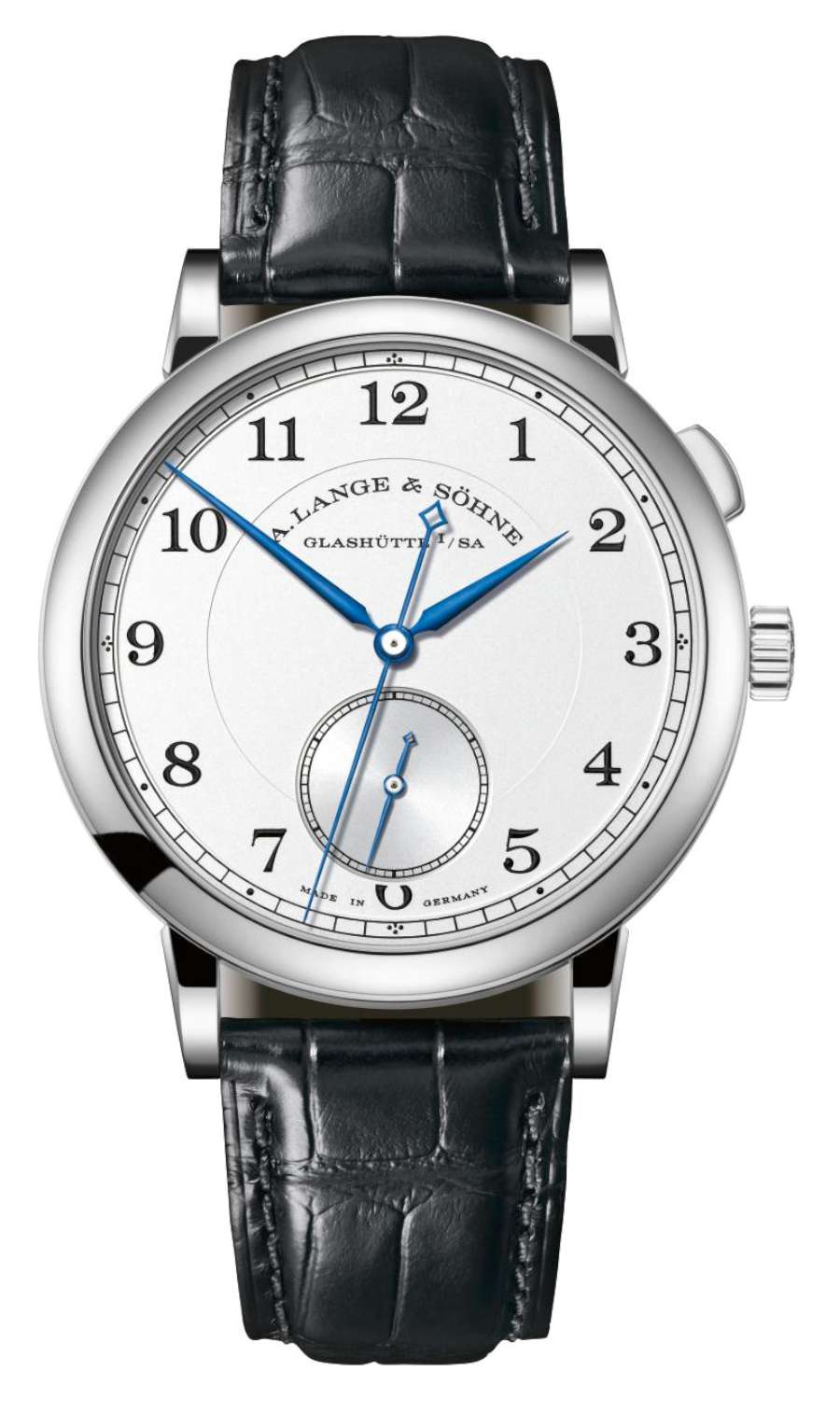 Walter Lange was the great-grandson of company founder Ferdinand Adolph Lange. Based in Glashütte, near Dresden, the company was in East German territory after the end of the Second World War, and the Soviets expropriated all the machinery and sent it to Russia. Watchmaking continued in Glashütte, in the form of a state-controlled enterprise. The name A. Lange & Söhne disappeared. With reunification, in 1990, Walter Lange relaunched the brand, starting from scratch, beginning by making the machine tools necessary to build watches. Walter died almost exactly a year ago, at the age of 92, during SIHH 2017.
I had met him, white-haired, immaculately dressed, slim and apparently fit and able, a couple of years earlier, at SIHH, in an interview with a colleague. Unfortunately it was in German and so I didn’t understand anything that he said. But it must have been emotionally-charged because my colleague was red-eyed and wet-cheeked for most of the time. 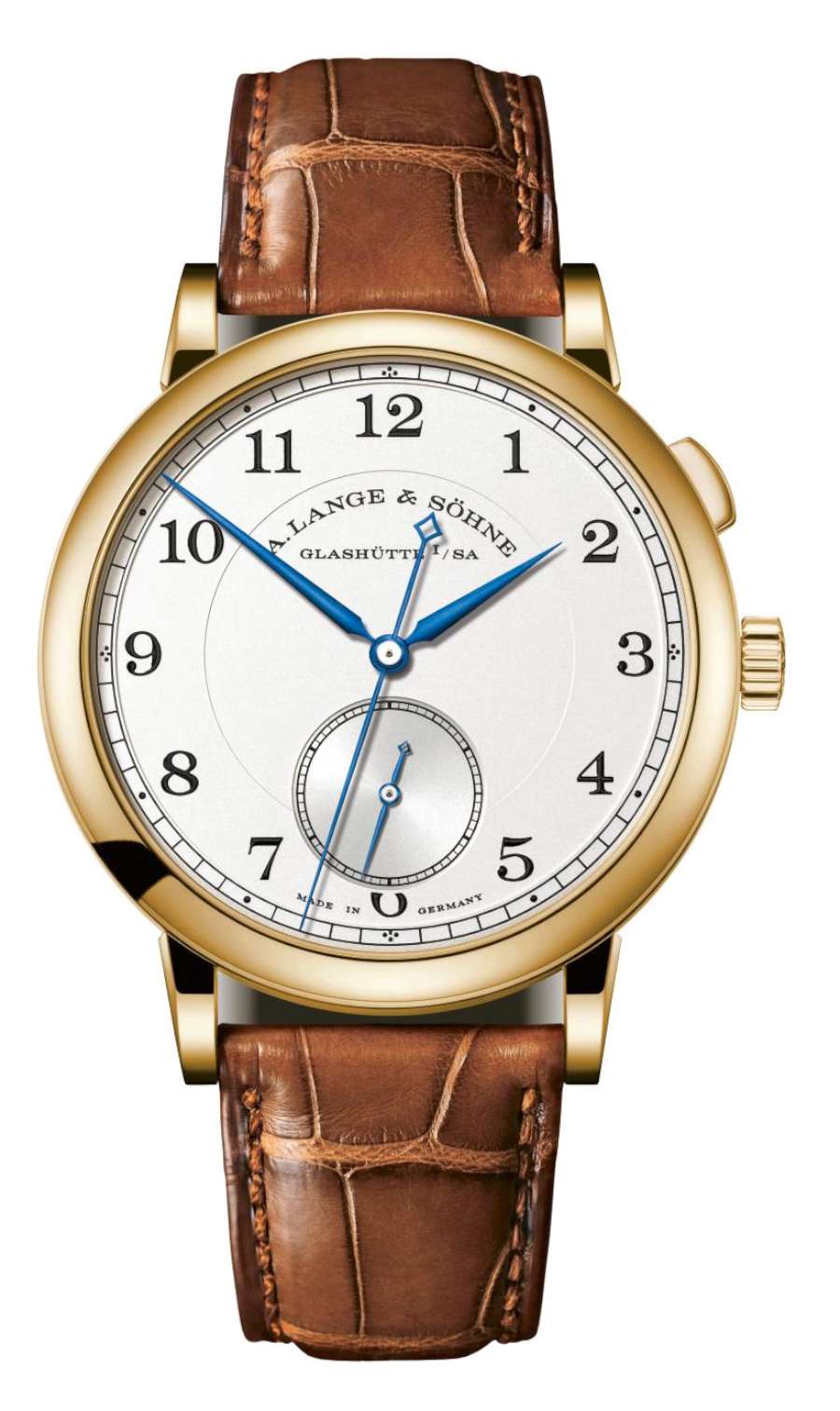 The 1815 “Homage to Walter Lange” (above, version in yellow gold) honours the man with a complication that he would have liked. The watch has two seconds hands, one on the continuous seconds subdial at 6 o’clock, and a long centre-pivoted true-beat seconds hand. The latter ticks second by second, a historical feature that was invented centuries ago and used in marine chronometers and pocket watches, to make it easier to take an exact time reading. It’s easier to take a reading of the seconds hand if it stops every second. In addition, in the new 1815 “Homage to Walter Lange,” the true-beat seconds hand can be stopped using the pusher at 2 o’clock on the caseband. As a result, you can set the watch up as shown in the photos, with the two seconds hands coordinated. Or you can stop the true-beat seconds hand at zero, and use it as a chronograph, for example for taking a pulse. Easy for times of up to a minute, not impossible for longer times. 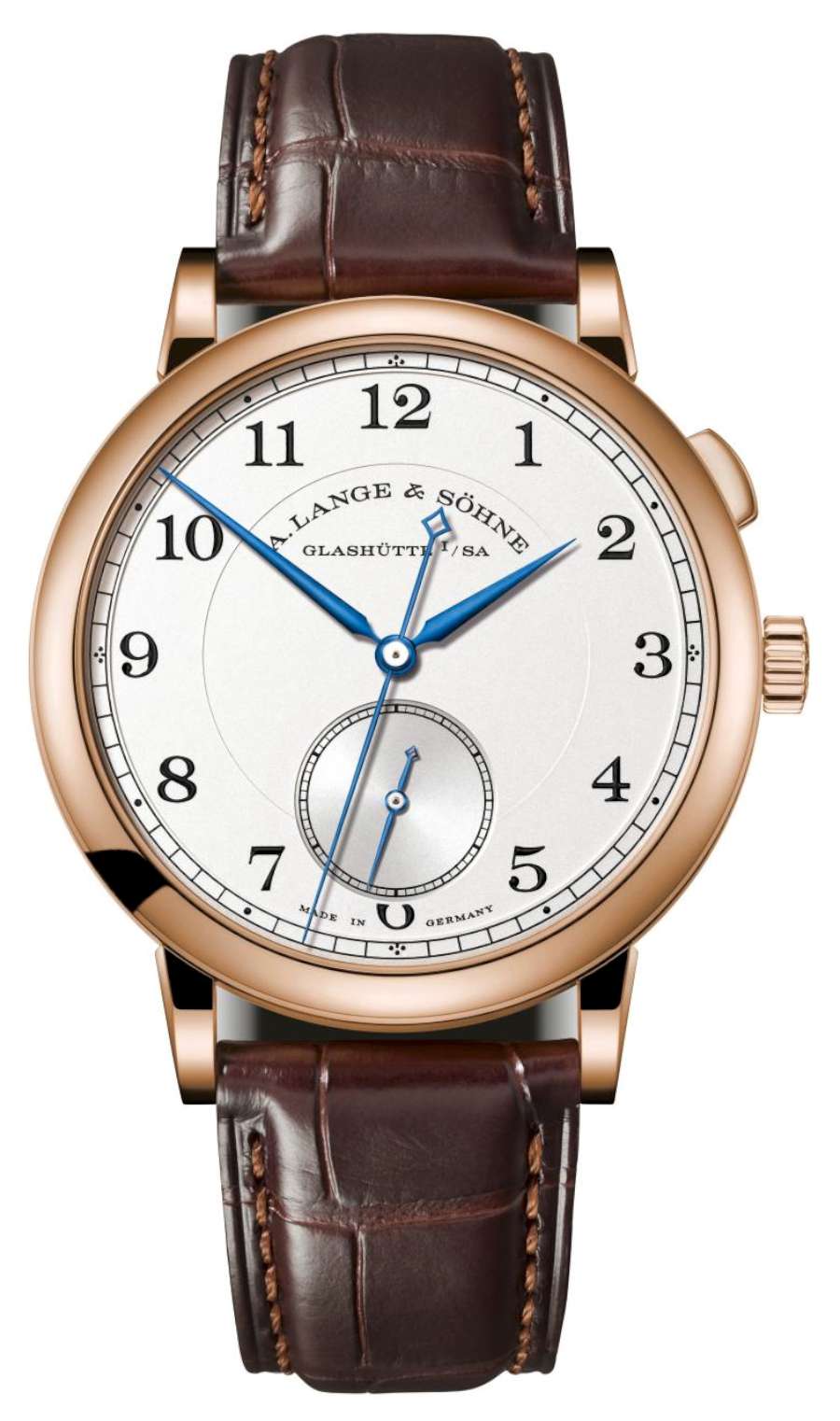 The true-beat seconds hand with start/stop function would have been appreciated by Walter Lange because this implementation of the complication was invented by his great-grandfather, Ferdinand Adolph Lange, in 1867, and used and patented by his grandfather, Emil Lange, in 1877. It is based on a mechanism named “flirt and star,” in which a six-armed star releases a tensioned lever arm (“flirt”) every second, powering the one-second advance of the true-beat seconds hand.
All watches by A. Lange & Söhne have in-house movements. The calibre L1924 designed for the 1815 “Homage to Walter Lange” has a balance that runs at 21,600 vibrations per hour (3 Hertz) so that the seconds hand on the subdial advances by six small steps per second. The calibre is hand-wound, and has a power reserve of 60 hours. It has 253 parts, three screwed chatons, 36 jewels, and a balance-spring made in-house.
The watch is moderately sized at 40.5 mm diameter and 10.7 mm thickness. The blued steel hands are perfectly legible on the argenté-coloured dial. The sapphire caseback reveals the movement that has the fine finish typical of all A. Lange & Söhne watches. The watch has an alligator strap with pin buckle in the same gold as used for the case.

The numbers of the 1815 “Homage to Walter Lange”

All the numbers describing this watch are referenced to Walter Lange. The movement name, L1924, refers to his year of birth, and the first three digits of the reference number, 297, complete his birth certificate with the date, 29 July. There are three versions, 145 pieces in white gold (145 passed from the foundation of Lange in 1845 to its refoundation by Walter Lange in 1990), 90 in pink gold (another reference to 1990) and 27 in yellow gold (27 years passed from 1990 to the presentation of this watch in December 2017). The reference numbers are 297.021 in yellow gold, 297.026 in white gold, 297.032 in pink gold. They all cost €47,000. This unfortunately is a very high number, but it can be put into relation with A. Lange & Söhne’s unrelenting quest for absolute quality. Each watch is assembled by a single watchmaker, all parts are hand-finished and decorated, and the time that elapses from start to finish is between 6 and 12 months. Everything is performed using traditional watchmaking techniques – no silicon, just metals and jewels. Further information from the A. Lange & Söhne website.