Omega has been the official timekeeper of the Olympic games since 1932 and it expects this arrangement to continue until 2032. The Omega Seamaster has a shorter history. It dates back to 1948 when it was introduced to celebrate Omega’s 100th anniversary. The earliest models were very simple with slender wedge-like hour markers, leaf hands, and no date window. This new collection, Omega Seamaster Olympic Games gold collection, has been launched on the occasion of the Winter Olympics in county PyeongChang in South Korea. 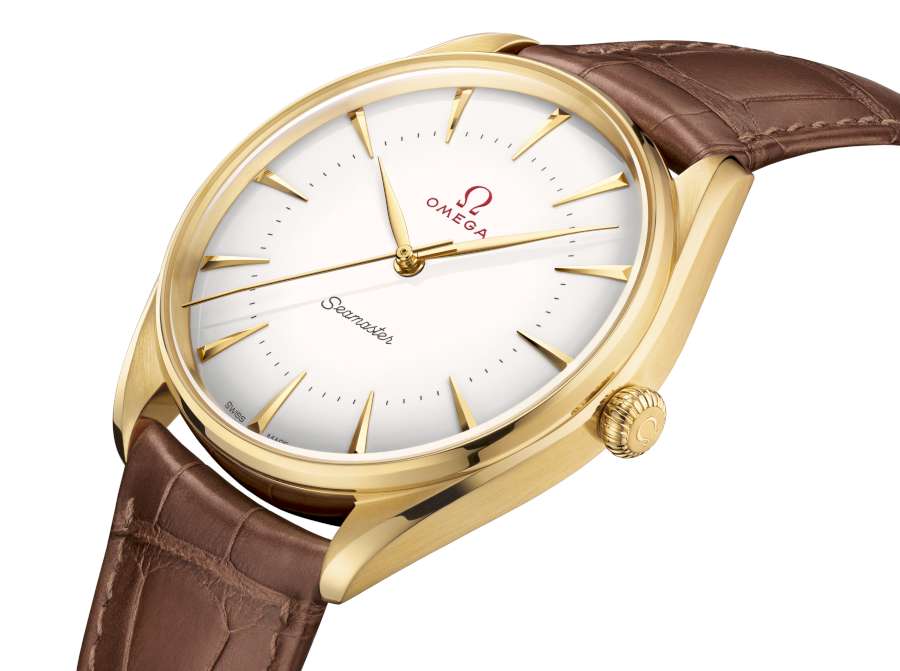 The Omega Seamaster Olympic Games is the perfect dress watch, particularly in the white gold version. The case is 39.5 mm in diameter. On the slightly domed dial there are just the elegant hour markers, the simple minutes track, the three hands, and a vintage Omega logo. No date window.

A podium of three colours of gold

It’s a nice idea to use three different types of gold to create a podium of watches: yellow gold, white gold that looks like silver, and Sedna gold which looks a bit like bronze. Sedna gold is an Omega proprietary alloy, and the white gold is a new alloy called Canopus. The name comes from a star in the southern night sky, the second brightest star after Sirius, with a bluish-white colour. Omega haven’t told us what the alloy is but as it’s 100% noble metal I would guess that there’s a bit of platinum in there. 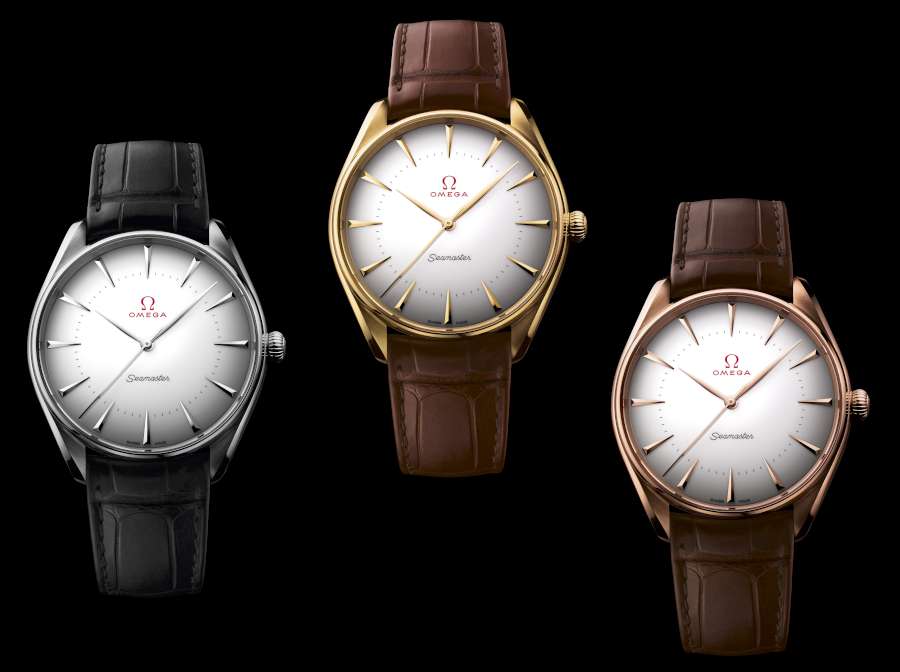 The display caseback combines history and modernity. Calibre 88007 is just 29 mm in diameter, and Omega use it mainly for its women’s watches, and so there is lots of space for a ring around the sapphire window showing a relief engraving listing all the cities in which Omega has been involved in the Olympic games. The oscillating weight is in Sedna gold and likewise the balance bridge. The movement has a co-axial escapement, with a balance that runs at 25,200 vibrations per hour (3.5 Hertz), it has 35 jewels, and a 56-hour power reserve. It has METAS certification which includes resistance to magnetic fields of up to 15,000 gauss, and a precision of 0/+5 seconds maximum deviation per day. Passing these tests gives it the status of “certified master chronometer.” The customer receives a certificate with the details of the eight tests involved in METAS certification. 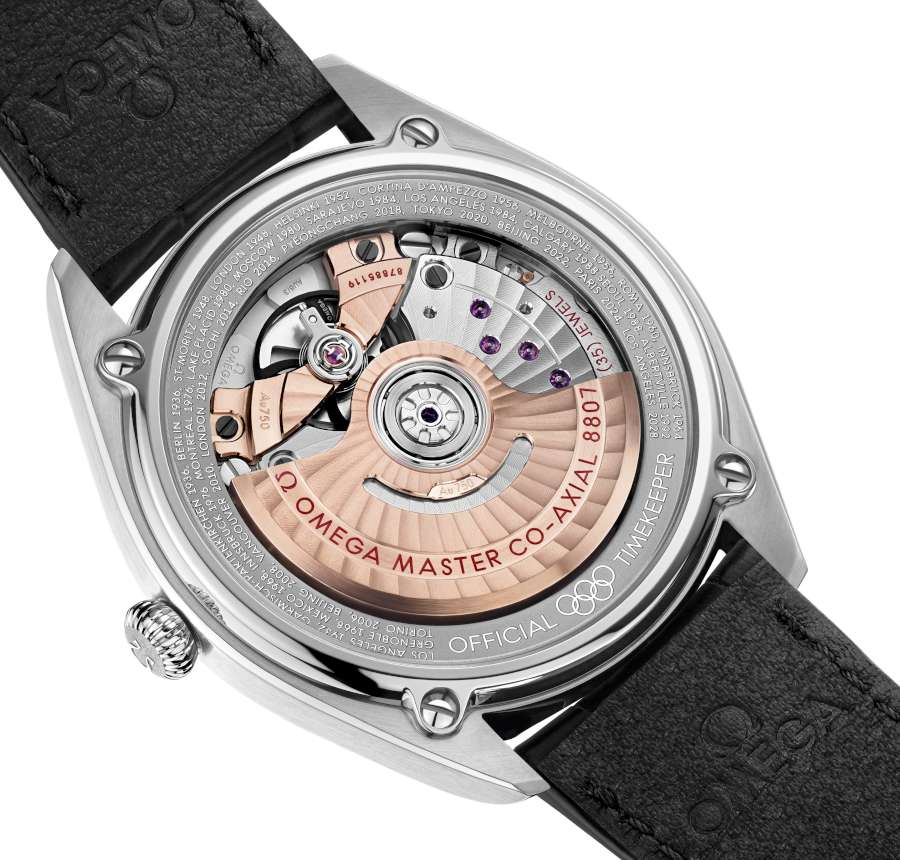 The versions of the Omega Seamaster Olympic Games watches in Sedna rose gold and in yellow gold cost €16,300. The version in Canopus gold costs €17,800. Visit the Omega website for further information.