The TAG Heuer Carrera Heuer-02T introduced in 2016 was exceptional as the cheapest Swiss-made tourbillon chronograph watch ever made at just under 15,000 Swiss francs. It was part of Jean-Claude Biver’s new concept for the brand, concentrating on “entry-level” watches priced between €1,500 and €5,000. This year, 2018, TAG Heuer presents the Tête de Vipère Chronograph Tourbillon Chronometer, in which the “Tête de Vipère” part of the name refers to chronometer certification awarded by the Besançon Observatory, an independent standards authority. To obtain certification, each fully assembled watch undergoes 16 days of testing, in five different positions at three different temperatures.

The tourbillon and precision

The tourbillon was developed by Abraham-Louis Breguet, possibly with contributions from John Arnold, in about 1795, and Breguet patented the system. At the time, when pocket watches spent most of their time in the vertical position, tucked into a breast pocket, or hanging from the chain overnight, the tourbillon was a way of averaging out the detrimental effects of gravity on the balance. So there is not much point in a tourbillon in a wristwatch which spends the day in constantly variable position, and the night laid on the bedside table horizontal, a position in which gravity does not adversely affect the balance. More than anything, a tourbillon is a mark of prestige, a watchmaker’s virtuoso trill. A Swiss tourbillon watch is typically very expensive, and the progressive development of Chinese watchmaking skills, which now include cheap tourbillon movements, has induced some observers to forecast the possibility of a second crisis in the watch industry, analogous to the arrival of quartz watches in the 1970s and ‘80s, but this time caused by low-price Asian mechanical watches. 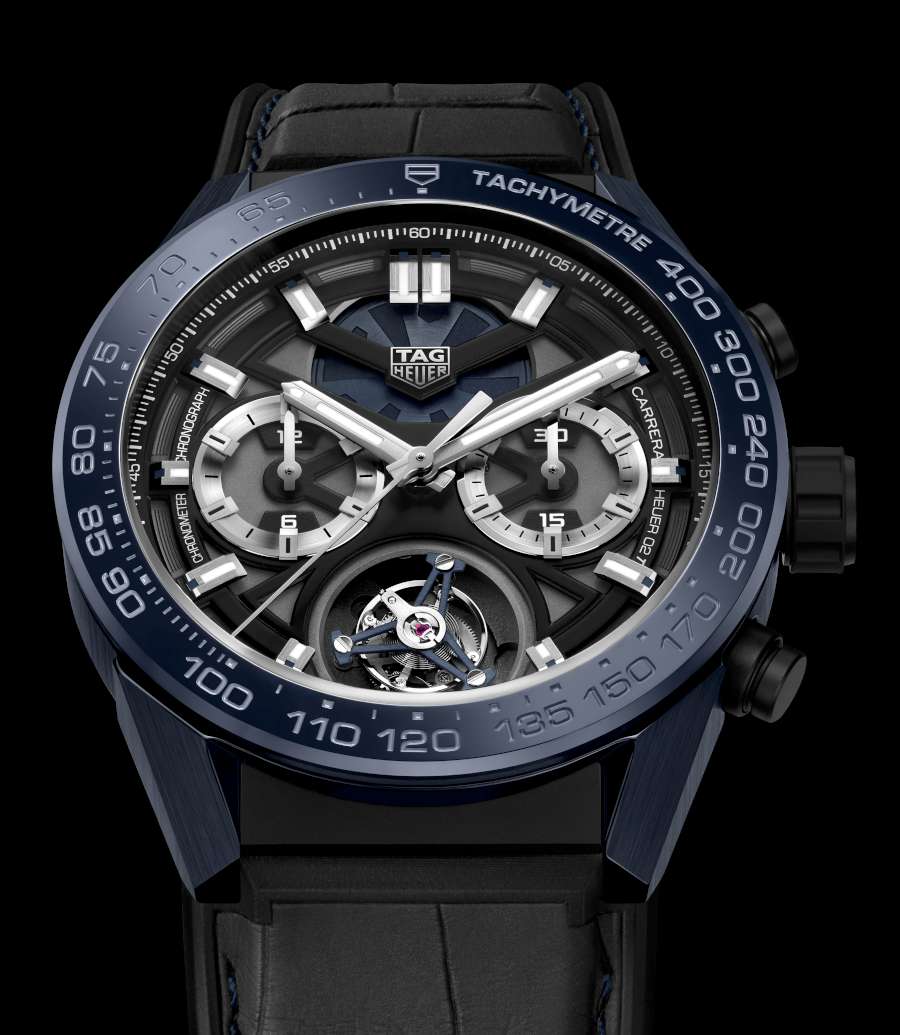 So the TAG Heuer Carrera Chronograph Tourbillon Chronometer, with its price of 19,900 Swiss francs, is an example of how Jean-Claude Biver is reacting to developments in the watch industry. The chronometer certification shows that a tourbillon can have a precision that is on a par with the most accurate mechanical timepieces. The chronograph has a column wheel and vertical clutch, the most prestigious arrangement. The watch is based on industrial production processes, so that finish is not hand-crafted “haute horlogerie” but the result of high technology, enabling the price to be comparatively more accessible. 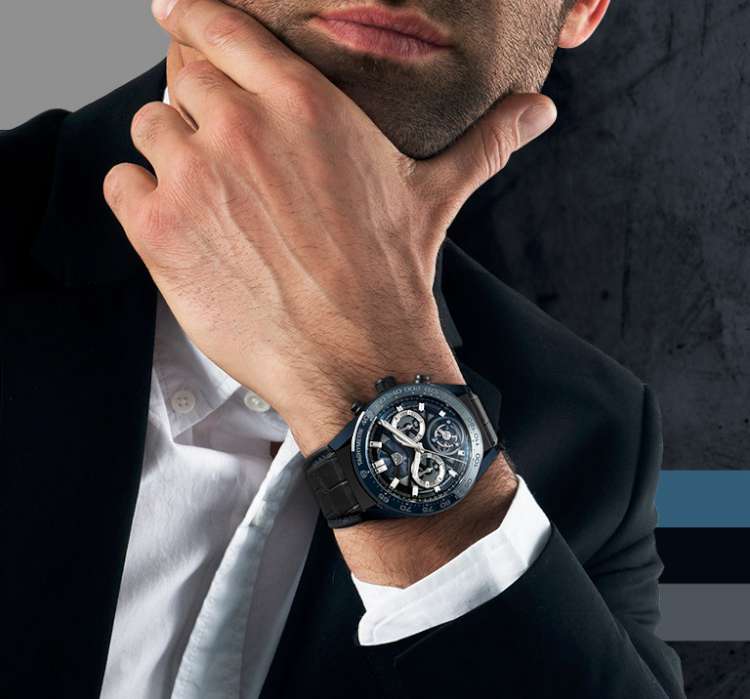 The case is in ceramic, in a midnight blue colour, which coordinates with blue details on the mainspring barrel visible in the top section of the dial, the bezel with tachymeter scale, the tourbillon bridge, and the oscillating weight. The subdials are for 30 chronograph minutes and 12 chronograph hours. The black alligator strap has a rubber lining with blue stitching.

The TAG Heuer Carrera Tête de Vipère Chronograph Tourbillon Chronometer is a good example of the curious duality that can be seen in many high-cost mechanical watches. On one hand, the desire to improve precision and achieve chronometer certification, and on the other, the impossibility of taking accurate readings. The seconds scale is interrupted between the 27 and 33 second points, by the presence of the tourbillon. It’s the sort of thing that evidently doesn’t worry the people at TAG Heuer and their customers, but in my eyes at least, it transforms the watch from a practical timekeeping instrument into merely a wrist-borne mark of status and prestige.

The TAG Heuer Tête de Vipère Chronograph Tourbillon Chronometer is a limited edition of 155 pieces, celebrating the 55 years that have passed from the introduction of the Heuer Carrera. Each piece costs 19,900 Swiss francs. Read more on the TAG Heuer website.