It’s always pleasant to see a watch brand experimenting with formats and trying out something different. The 756 Duochronograph by Sinn goes back a while, originally presented in 2003. The Sinn 756 and 757 Duochronograph watches are currently available in a few unlimited editions, and in particular the 756 II is still available as a limited edition of 75 watches. They all have some relatively unusual characteristics. First, water resistance of 20 bar, 200 metres. This is rare for most general-purpose watches but commonplace for Sinn who make tough timepieces that can be taken everywhere. Second, the chronograph layout. The watches are powered by conventional ETA Valjoux 7750 movements, but there is no continuous seconds display. Just hours and minutes, and the central chronograph seconds hand, with two subdials for 30 chronograph minutes at 12 o’clock and 12 chronograph hours at 6 o’clock. Third, the dial design. Sinn did something original by mixing large numerals at 3, 6, 9 and 12 with baton hour markers for the other positions, and incorporating the 6 and 12 into the subdials. The 6 numeral corresponds both to the hour marker and the correct chronograph hour marker on the subdial: the 12 replaces the 30 on the chronograph minute subdial. 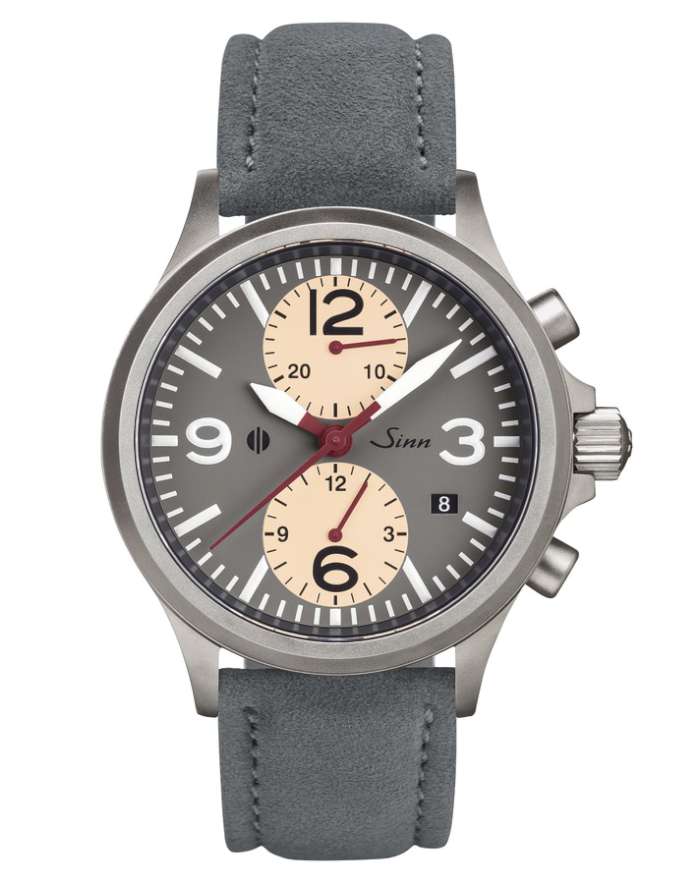 The design recalls Bell & Ross, with those large numerals, and there is a reason for this. Bell & Ross, founded by Bruno Belamich and Carlos A. Rosillo in 1993, started business in close relation to Sinn, with many watches that were made by Sinn specially for them, and a few co-branded models. Possibly the watch that first launched the iconic Bell & Ross design was the Démineur, or Bomb Disposal type, a quartz watch created in 1996. The partnership with Sinn ended in 2002, when Bell & Ross were purchased by Chanel. 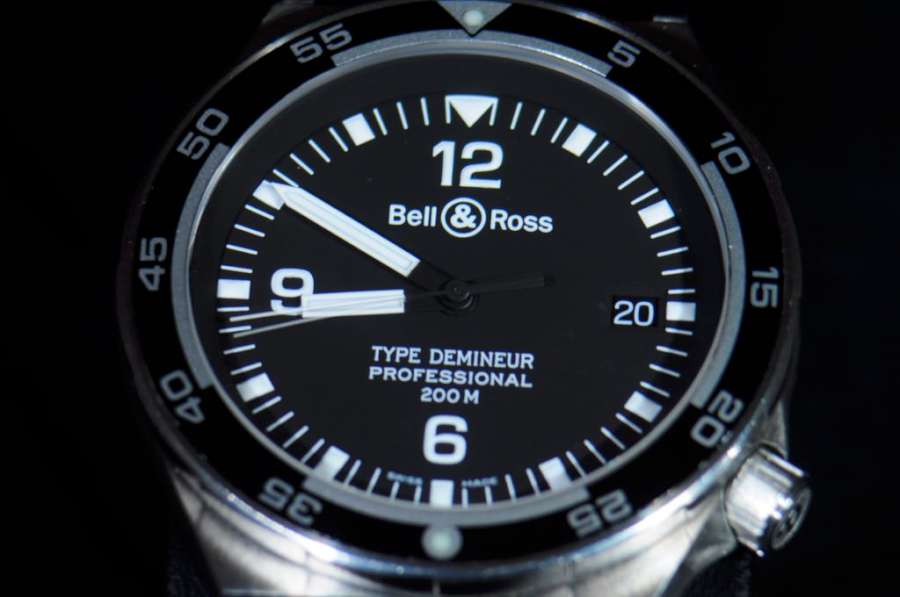 As always, Sinn gives you a lot of toughness for your money. The case is 40 mm in diameter and 14 mm thick, in stainless steel with the brand’s signature Tegiment hardening technology that makes it extra scratch-resistant. The screw-down crown and the brand’s special crown and pusher tube design contribute to a water resistance of 20 bar, 200 metres. It is also resistant to low pressures, and to magnetic fields, up to 80,000 A/m which corresponds to 1,003 gauss (a resistance comparable to Rolex’s famous Milgauss).

The Duochronograph has a bold and simple design, with just three small extra elements in addition to the time functions: the Sinn logo at 3 o’clock, a small date window at 4 o’clock, and the logo indicating the brand’s Ar-dehumidifying function at 9 o’clock. The watch is fitted with a capsule containing copper sulphate that absorbs water vapour entering the case, which could have a detrimental effect on lubricating oils. The amount of water vapour absorbed by the capsule can be seen from the colour appearing in the small circular window on the caseband, near the lug at 7 o’clock, which gradually changes from white to bright blue as humidity content increases. It’s a way of extending the period between routine maintenance checks, and it is also a neat way of reminding the owner that it would be a good idea to get the watch checked every few years.

The ETA Valjoux 7750 is a classic self-winding chronograph movement, originally introduced by Ébauches S.A. in 1973 as a lower-priced response to the first self-winding chronograph calibres, the Zenith El Primero and the Heuer Monaco presented in 1970. In those years the industry was suffering the onslaught of quartz watches and so the 7750 only became extensively used a decade later, after Ébauches S.A. had been absorbed by Swatch Group. The chronograph functions are controlled by a cam driven by levers, instead of the column wheel used in more prestigious movements, and they require a fair degree of pressure on the pushers to start, stop and reset the chronograph. But it’s robust and reliable. It runs at 4 Hertz, and it provides a power reserve of 48 hours. It provides the stop-second function for precision time-setting, and quick-setting date adjustment from the crown. 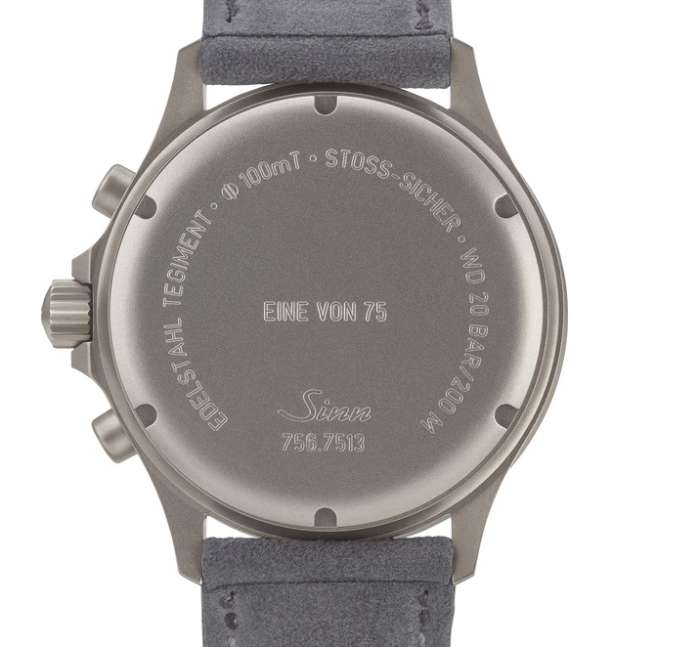 Sinn has an excellent range of straps, and on their website you can configure the watch with the strap or bracelet of your choice.

The 756 II chronograph, a limited edition of 75, starts from €2,150 inclusive of VAT. I would guess that there are not many left. 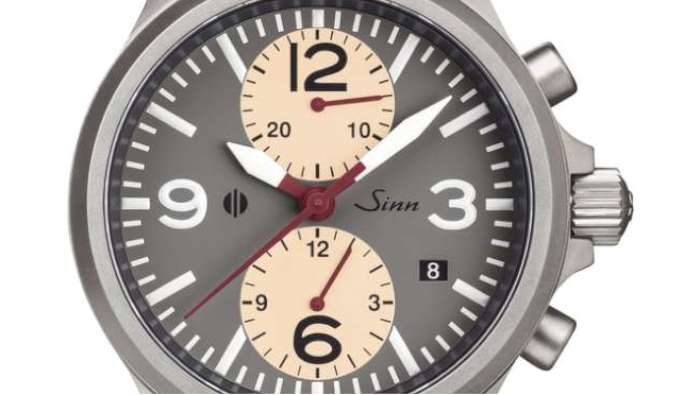 The 756 III can no longer be bought on the Sinn website, but it is available from some retailers in Germany, Austria and Switzerland. It has an attractive orange-blue dial design. 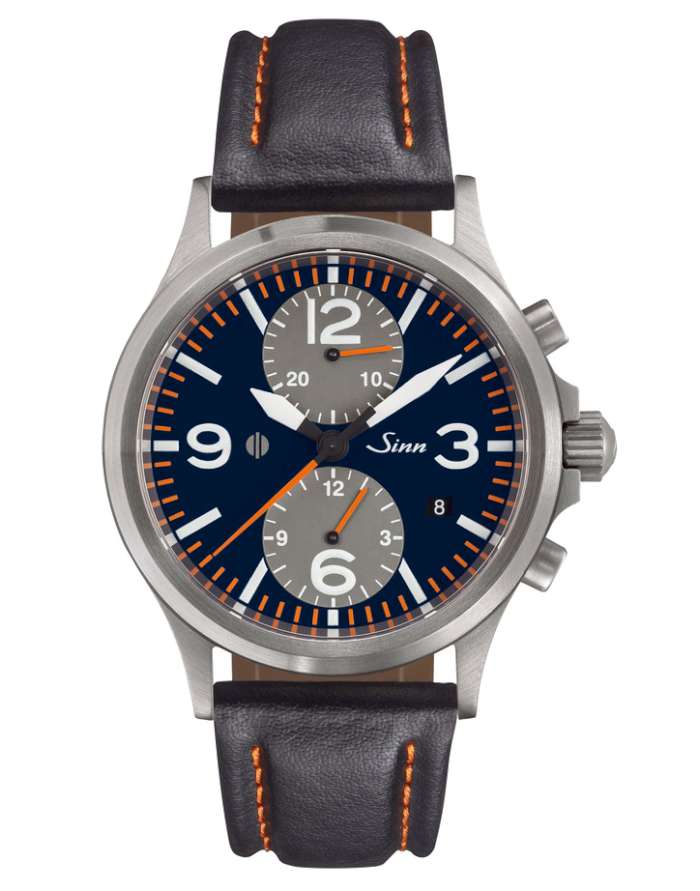 The 757 III can no longer be bought on the Sinn website, but it is available from some retailers in Germany, Austria and Switzerland. It has a rotating bezel that provides another system for timing events or for a countdown. 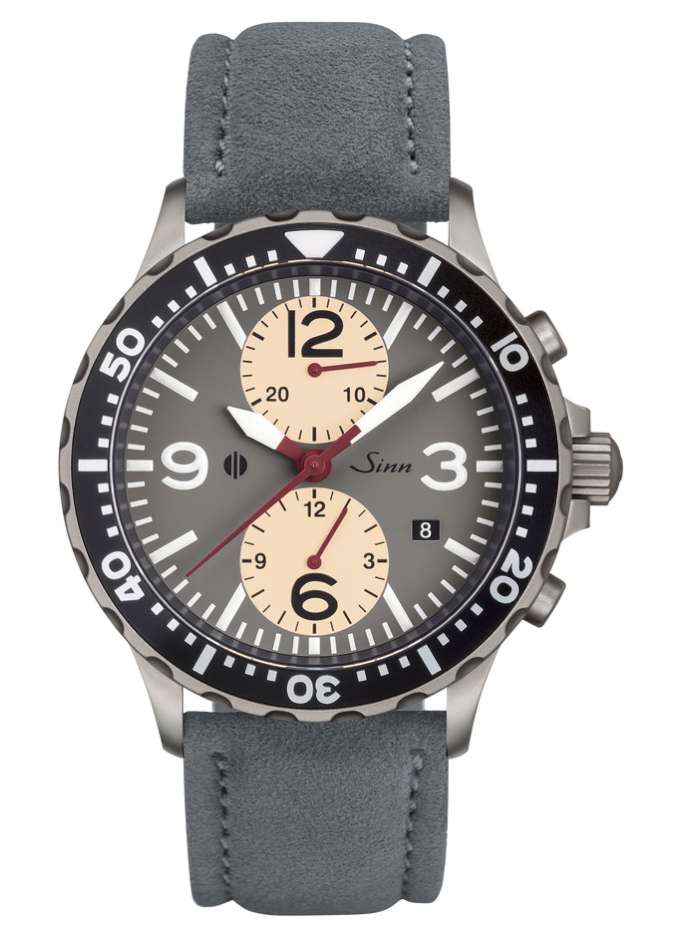 The 757 III can no longer be bought on the Sinn website, but it is available from some retailers in Germany, Austria and Switzerland. It has a rotating bezel and the orange-blue dial. 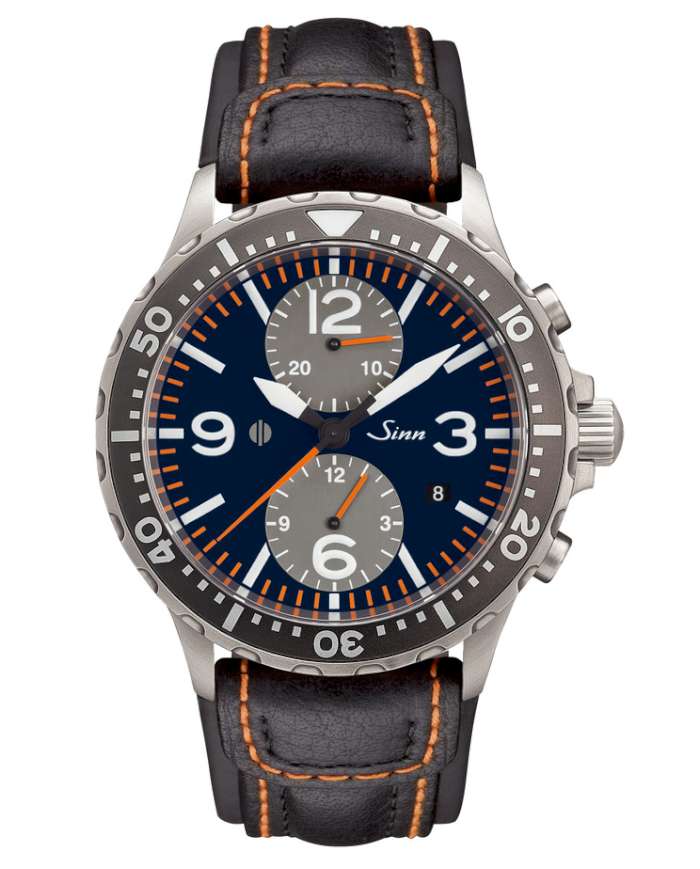 There are yet other versions of the 756 and 757 still available online direct from the brand. Further information from the Sinn website.