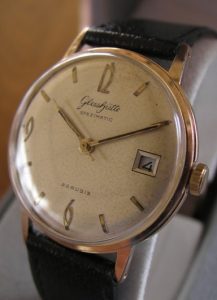 It’s difficult to imagine what life was like in Glashütte in the 1960s when the town was behind the Iron Curtain and what had been several independent watch-making companies were working as the state-controlled organization VEB Glashütter Uhrenbetriebe or simply GUB. When you visit the museums in Berlin documenting those years you get a sense of the problems and hardship that the population had to endure. But undoubtedly life went on, and the designers at GUB created a jaunty version of the Spezimatic, in which the long, thin hour batons were folded into stylized numerals for the 12, 9 and 6. The Spezimatic was launched in 1964 and made in many different versions, all benefiting from calibres 74 and 75. At its launch in 1964, Calibre 74 was the thinnest automatic movement in the world at 5.05 mm. It was used for GUB’s highest-quality watches, “Spezial,” which is the origin of the name, Spezial Automatic which became Spezimatic.

No date, or panorama date, that is the question

In 2015 Glashütte Original took a look back to those days and launched the Sixties Collection. This year they have added two new watches to the series, with a green dégradé dial. These two pieces have a limited availability: you can buy them just for one year. Apart from the colour, a new shade for the Sixties range, giving customers the choice of not having a date window, or a watch with a panorama date, is a nice touch. The big date costs quite a lot more, an extra €1.500, but it is evidently a complex piece of engineering considering that the number of bearing jewels has increased from 25 in the movement without the date function, to 37 in the calibre with big date. 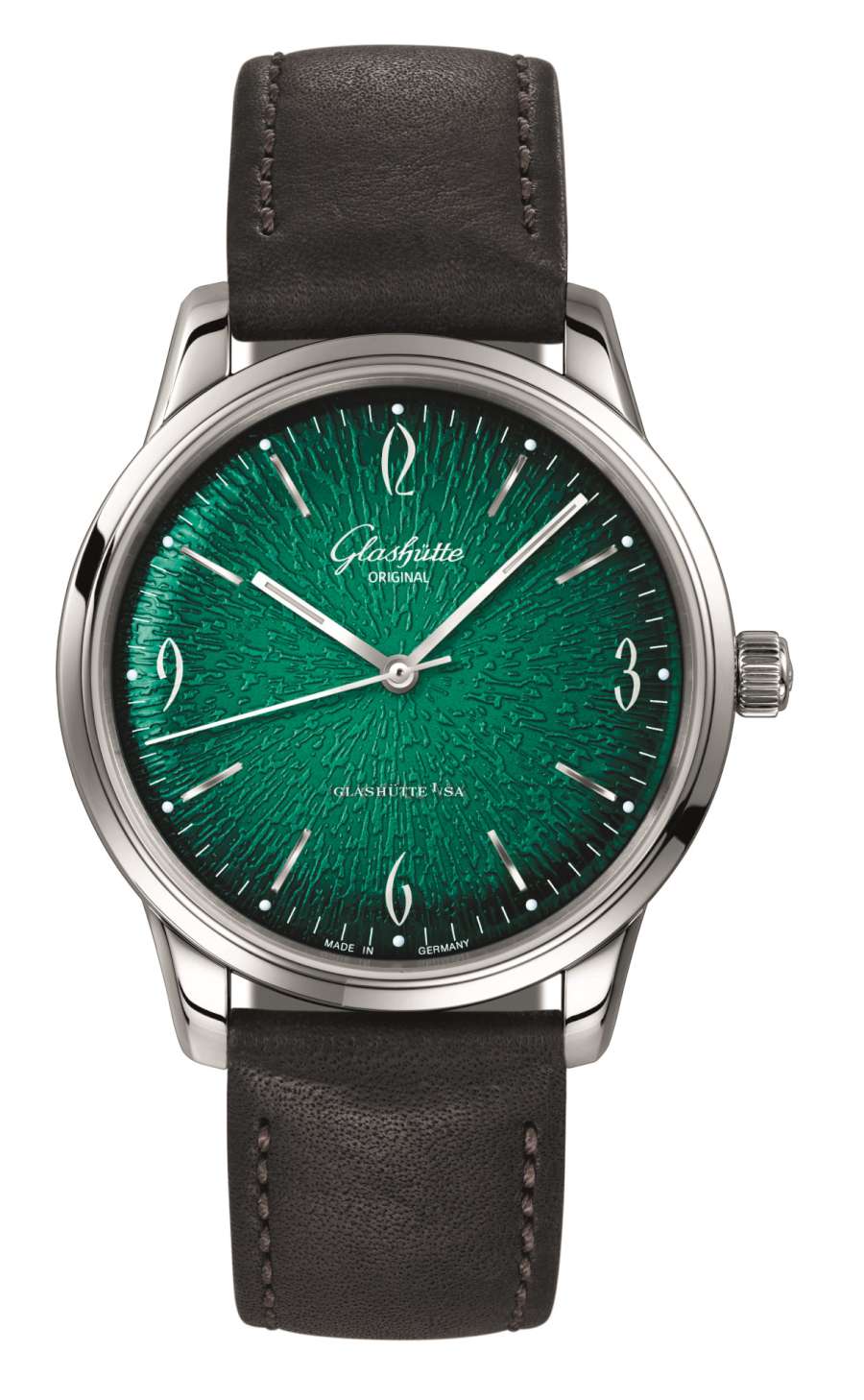 The dial is graded and also features the dewdrop texture that was seen on one of the 2015 Sixties watches. It is made by Glashütte Original’s own dial-making factory in Pforzheim, a town with an important watchmaking heritage. GUB were already purchasing dials from Pforzheim back in the 1960s. The printed guilloché produced by the 60-tonne press creates a distinctive effect, one that, like Marmite, either you love, or you hate. I personally love it, when you look close it seems like a supernova explosion radiating out from the centre, reinforcing the graded colour. Hands and hour markers have small areas of luminescent paint. 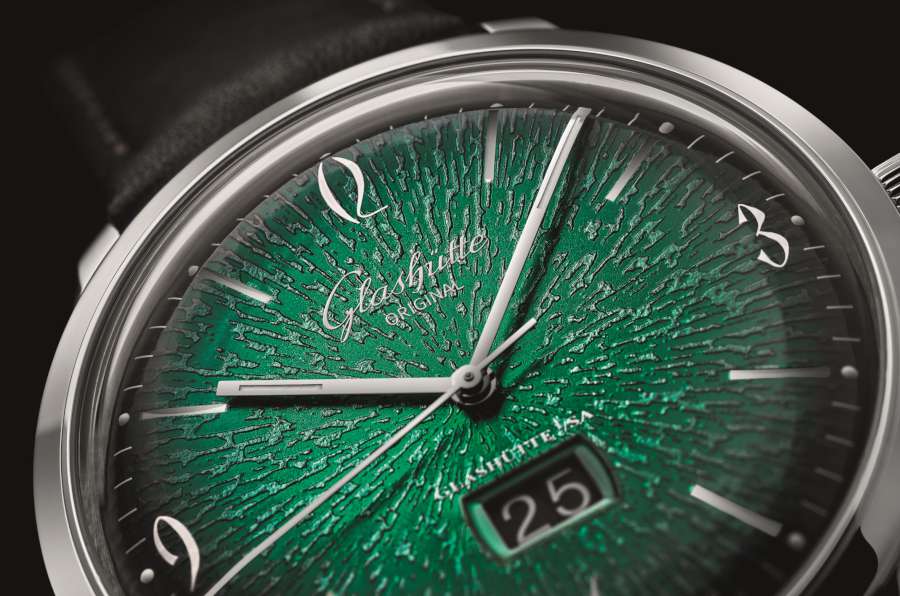 The watch without the big date is 39 mm in diameter, slim at 9.4 mm, and so it is pretty much a unisex watch. The numerals are an inspired piece of design, and the character of the piece is enhanced by the domed sapphire watchglass and the curved hands that match the dial profile. The version with panorama date is larger, 42 mm in diameter and 12.4 mm thick. Both are made in stainless steel with a 3-bar water resistance rating, 30 metres, resistant to rain and occasional splashes only. The watches have black calfskin leather straps with pin buckle. 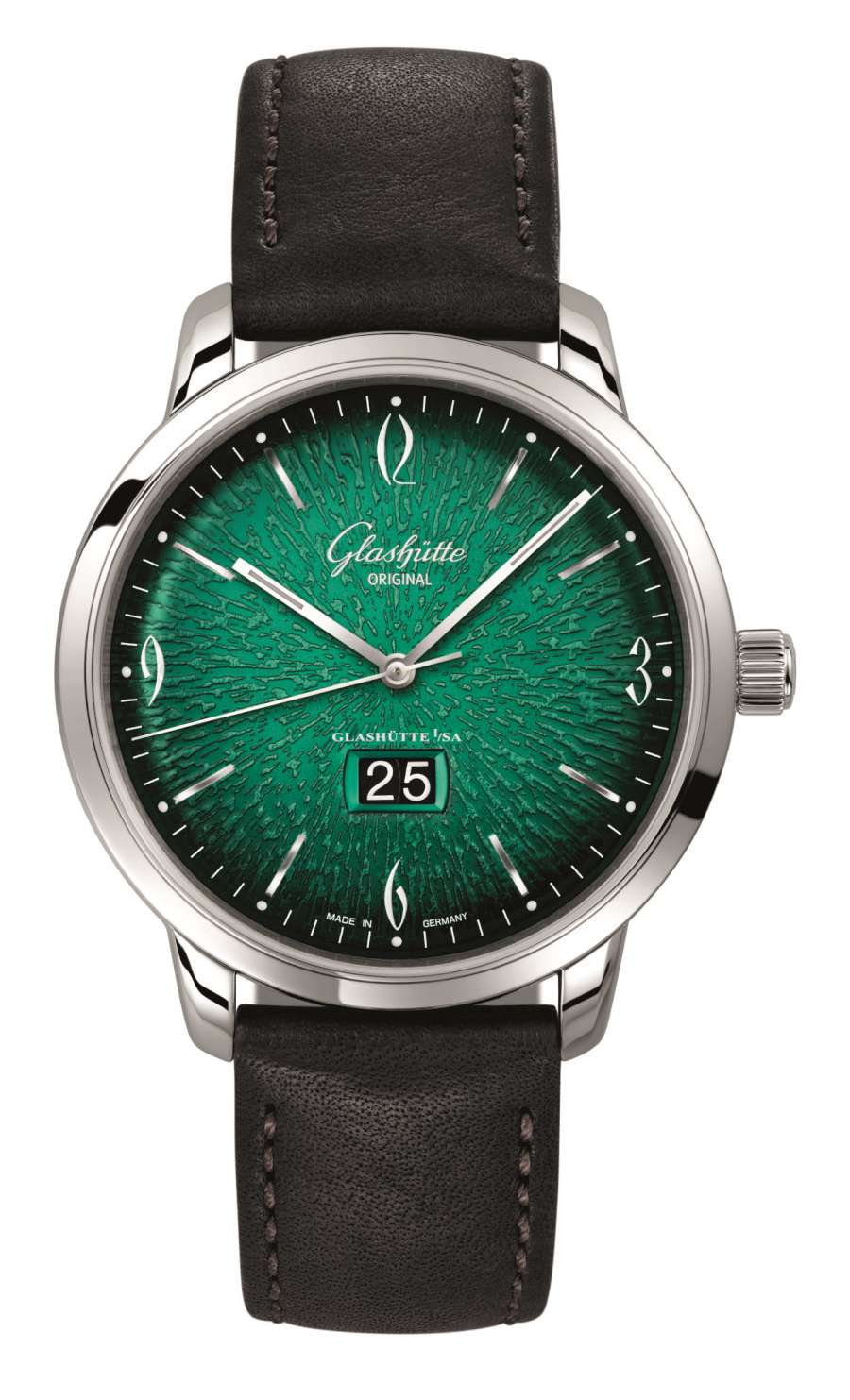 The two watches are powered by two in-house movements, the 39-47 and the 39-52 respectively. The calibres can be viewed through the caseback, with the lovely rotor with double G motif, and other characteristic Glashütte Original features such as the Glashütte stripes finish and swan-neck beat symmetry regulation. The calibres are self-winding with a power reserve of 40 hours. 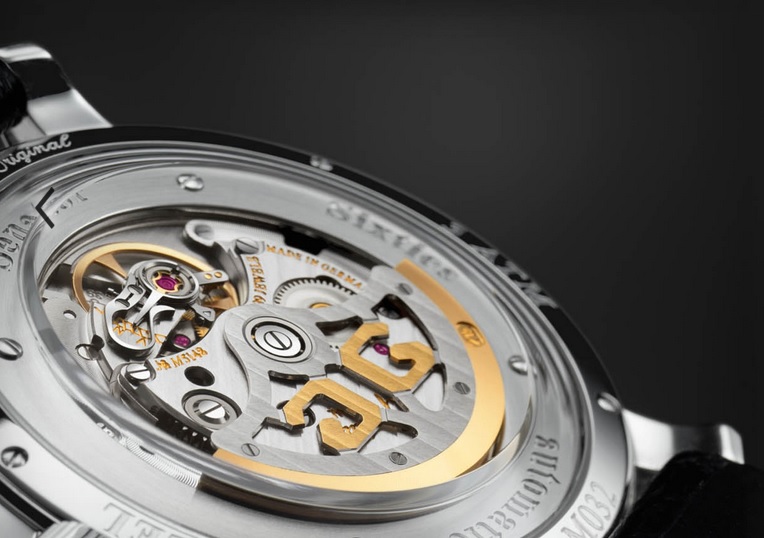