Kienzle is a brand with a curious history, starting out German, and ending up principally Italian. The company was founded in Schwenningen in southern Germany, in the Black Forest, by Johannes Schlenker, in 1822, making it the oldest watchmaking brand in Germany. Sixty years later, the company had about 20 employees and was making about 20,000 wall-clocks and table clocks per year.

In 1883, Jakob Kienzle became part of the family by marriage, and took the helm of the company, becoming its sole owner in 1897. He succeeded in revolutionizing production by mass-producing individual components and then assembling them. This modern manufacturing approach led to a massive expansion, and by 1939, Kienzle had over 3,500 employees and was making about 5 million wall-clocks and table clocks per year. It also had a virtual monopoly on the timepieces used on the dashboards of luxury cars, in particular for brands such as Rolls Royce and Bentley.

In the 1920s and ’30, Kienzle, which had begun to add pocket and wristwatches to its product lines, already had a branch in Milan for the production of clock cases and the assembly of movements, and the distribution of products on the Italian market. This was officialized as S.I.O.K. (Società Italiana Orologi Kienzle) in 1933, in a branch led by brothers Massimo and Riccardo Weyler, brothers who had previously worked in Schwenningen, but the war forced the parent company to close the the Italian subsidiary.

After the war, the Italian company was rescued by the Weyler brothers, who gradually shifted production towards wristwatches. In 1954, their cousins Gerhard and Gunther Weyler took over in the Italian company’s leadership. In September 2002, Emanuel Weyler, representing the third generation of the family, stepped into the driving seat. Today, Kienzle watches are distributed almost exclusively in Italy, with a grassroots network of retail points of sale. The original firm in Germany still exists, but it specializes in consumer electronics, optical products, household appliances, diagnostic instruments, mobile phones, and wall-clocks. Today the Italian Kienzle brand, operated by Milan company Eurotime Solution S.r.l., is substantially separate from the Germany company, which is now based in Hamburg.

Read more about Kienzle Italia on the brand’s website. 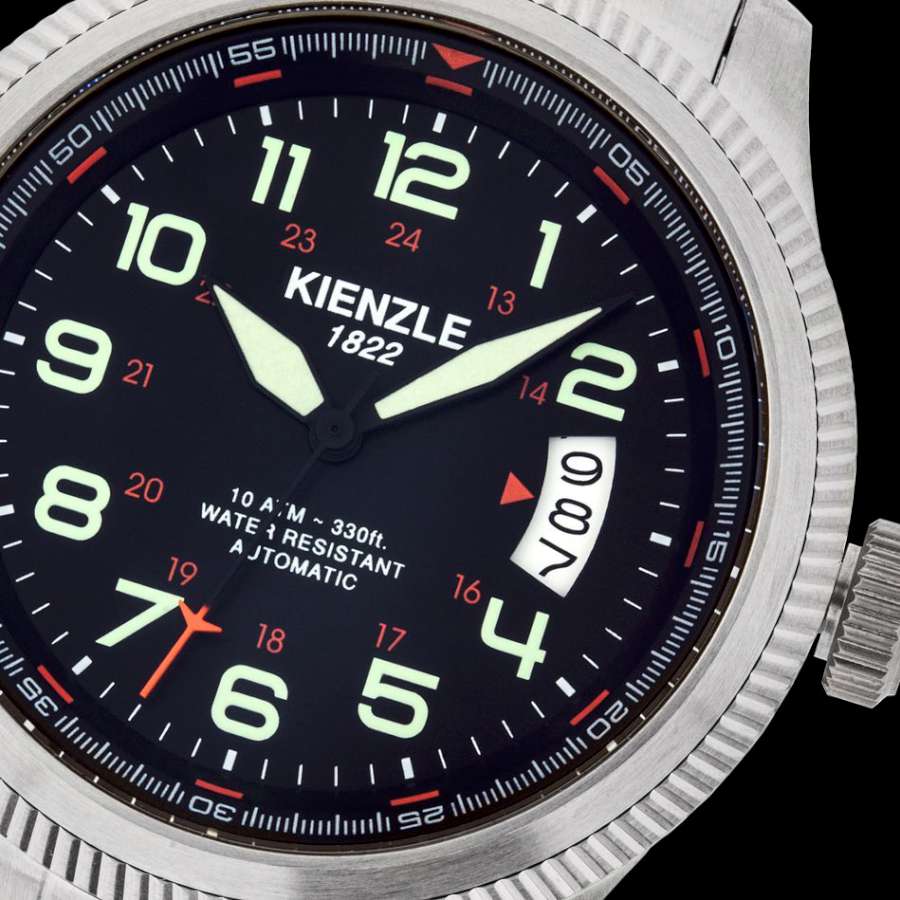