The Rush by Egard is currently available as a kickstarter campaign with delivery in December 2017. It celebrates Mixed Martial Arts athlete Georges St. Pierre, and its early-bird price is $465, which will become $1,200 as normal retail price. The watch has an unusual design, with a shaped case and rotating discs for the time and date indications. Its name “Rush” is Georges St. Pierre’s nickname: he retired in 2013 after a career in which he achieved the record for the most wins in title bouts. 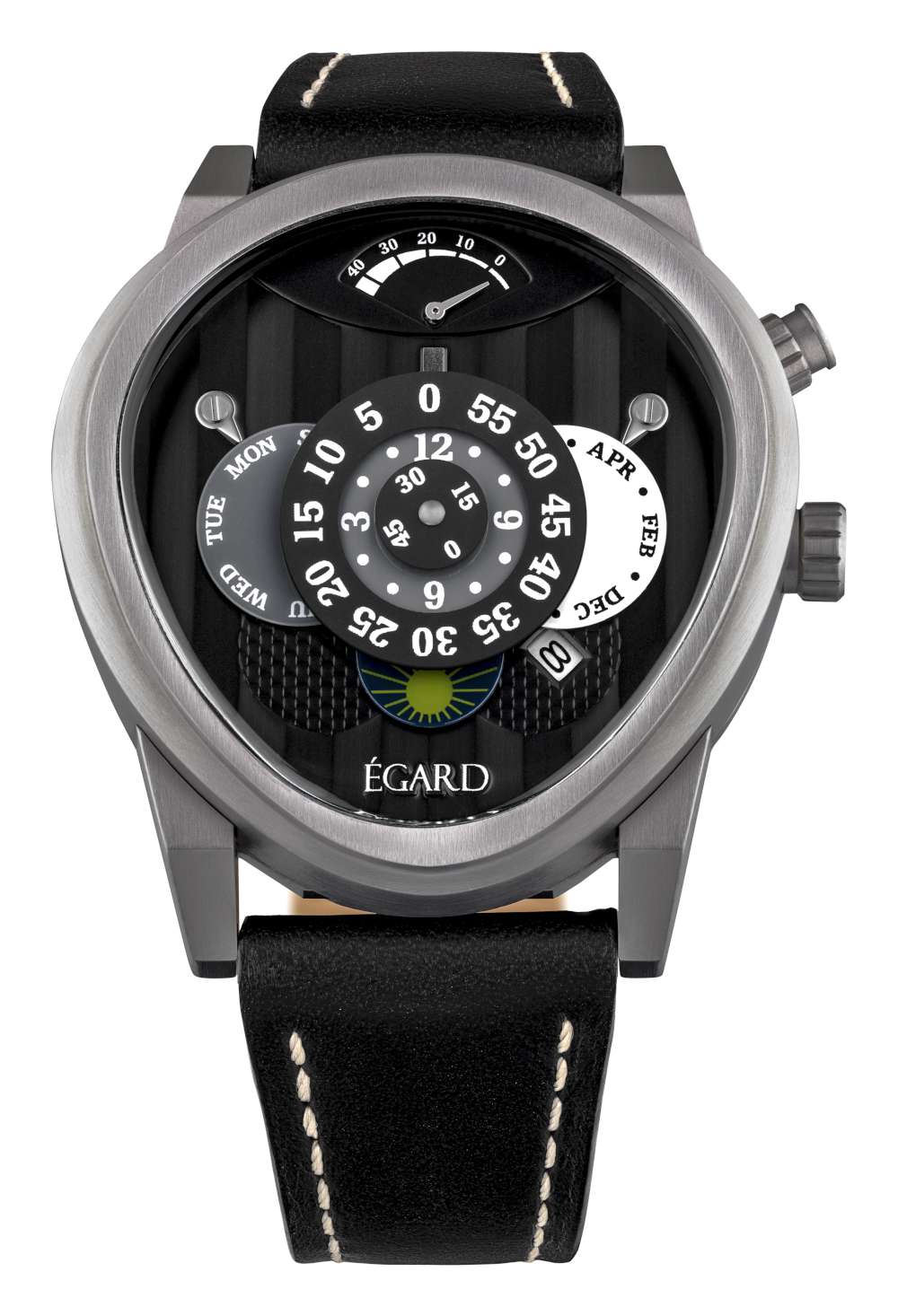 The watch, designed by Ilan Sruvolicz of the Egard Watch Co in collaboration with Georges St. Pierre, is powered by a self-winding Miyota 9100 movement running at 4 Hertz. It has a 42 hour power reserve, displayed on an indicator at the top of the dial. 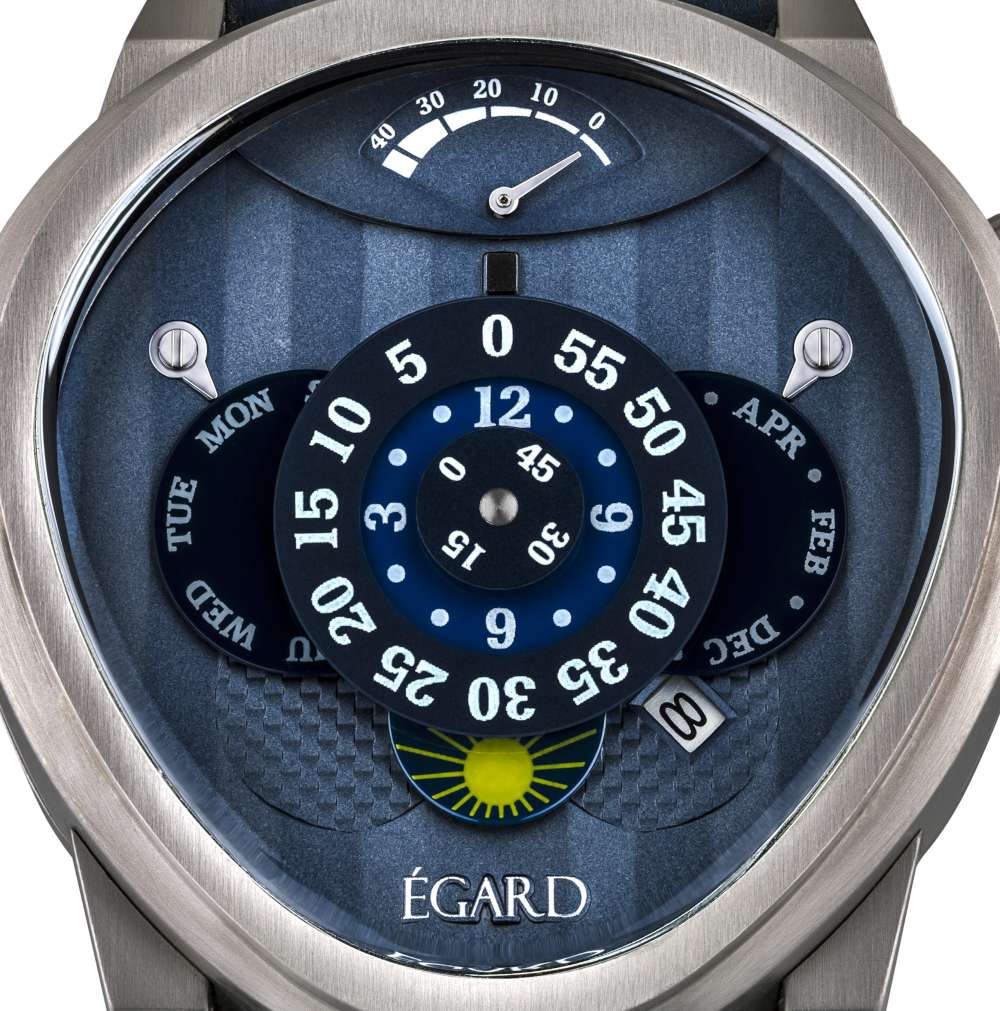 The dial has seven discs, three at the centre for seconds, hours and minutes: the time is read off at the top, corresponding to a vertical marker. The disc on the right for the month is adjusted using the pusher on the top right of the case. The date is changed using the crown rotated clockwise in the middle position, while in the same position, rotating it anticlockwise changes the day on the disc on the left. The disc with the sun and moon at the bottom of the dial is a day-night indicator. Ilan Sruvolicz had to work directly with Miyota to ensure that the movement could cope with the weight of the discs, greater than normal hands. 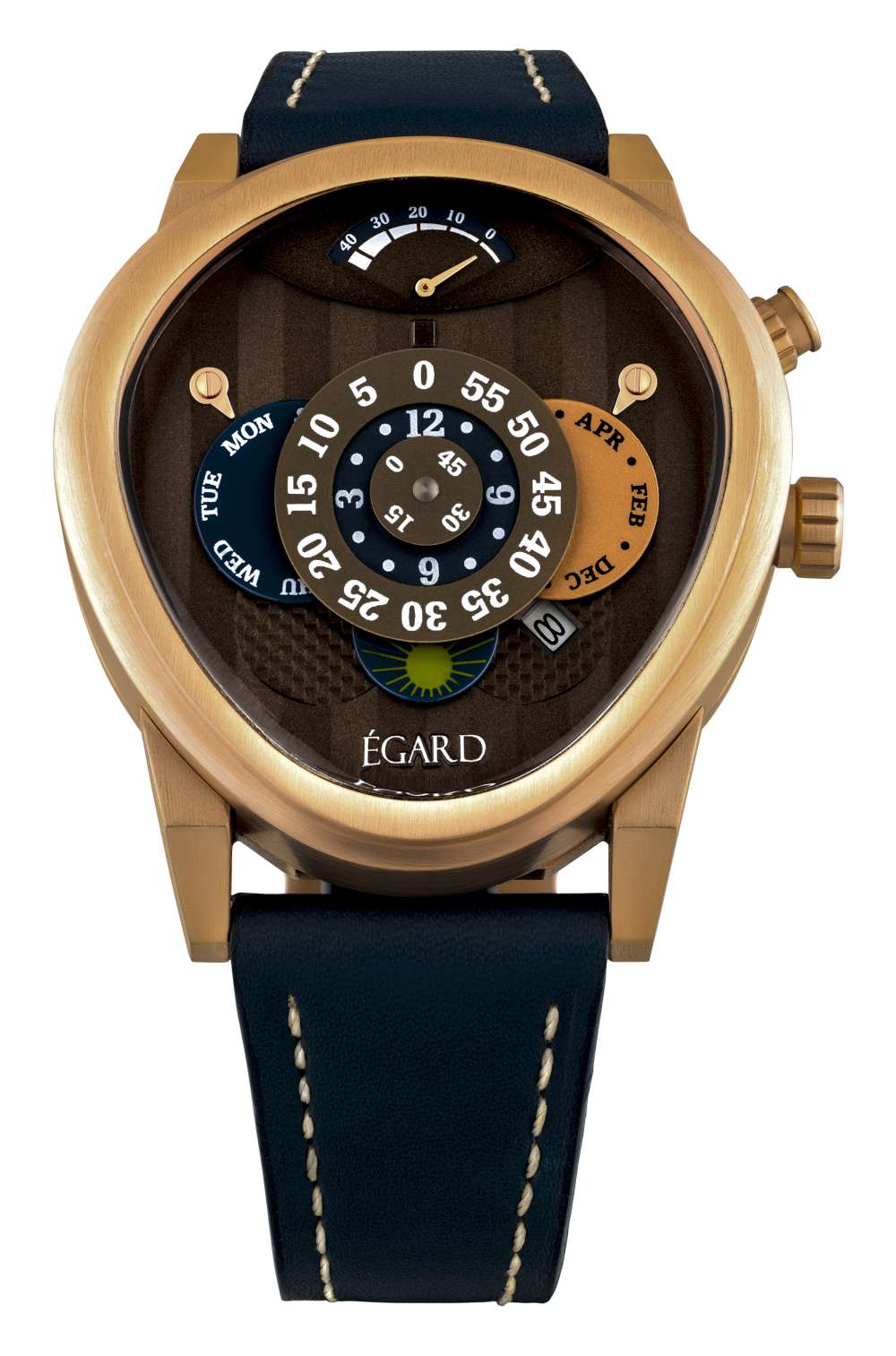 The case and dial come in different versions, including AA-plated cases that have a better scratch resistance than normal PVD coatings. The watchglass is in sapphire crystal. The watch is large and looks thick, but it is curved to make it sit comfortably on the wrist. Its dimensions are 43 mm across and 13.5 mm thickness. The stainless steel case has a 50-metre water resistance. The strap is in black or blue leather. 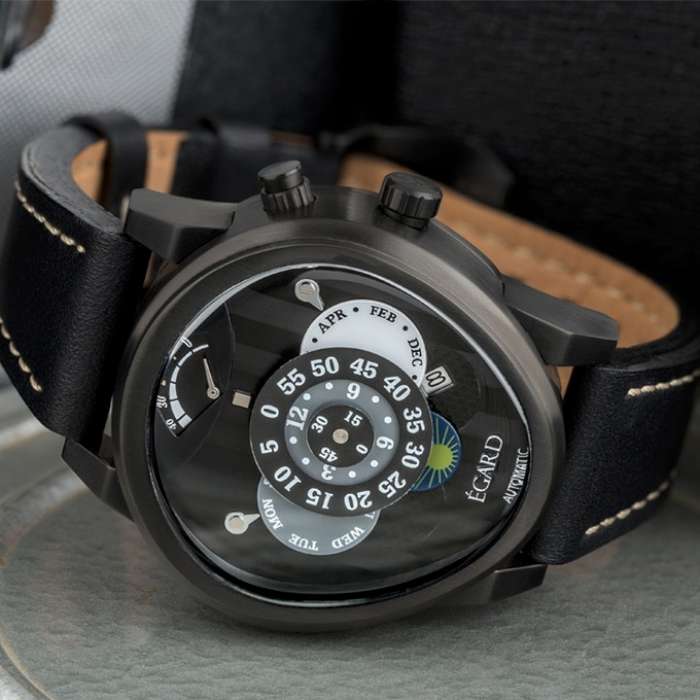 The caseback has an engraving honouring Georges St. Pierre, with a sapphire window providing a glimpse of the movement with its oscillating weight. 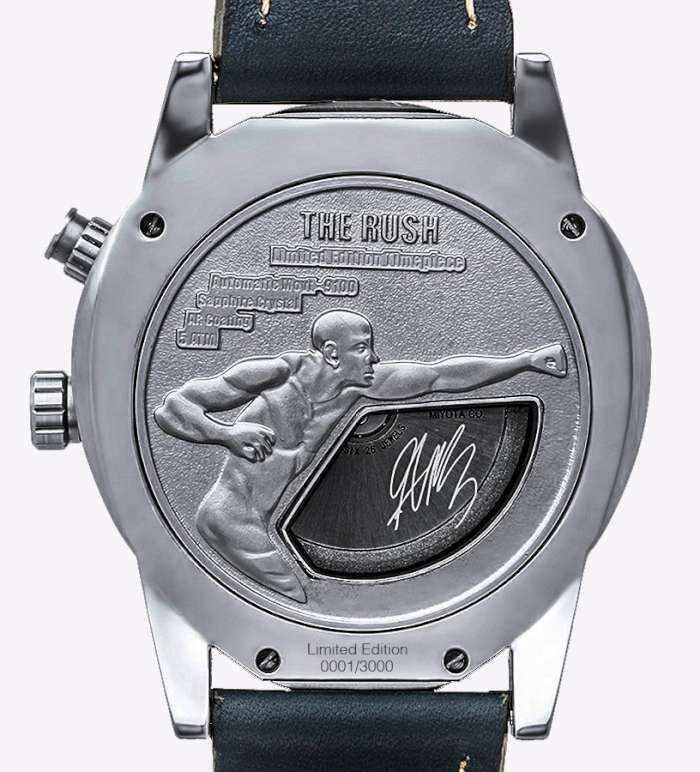 The company Egard Watch Co is based in Los Angeles and Toronto. Read more on the Kickstarter website. 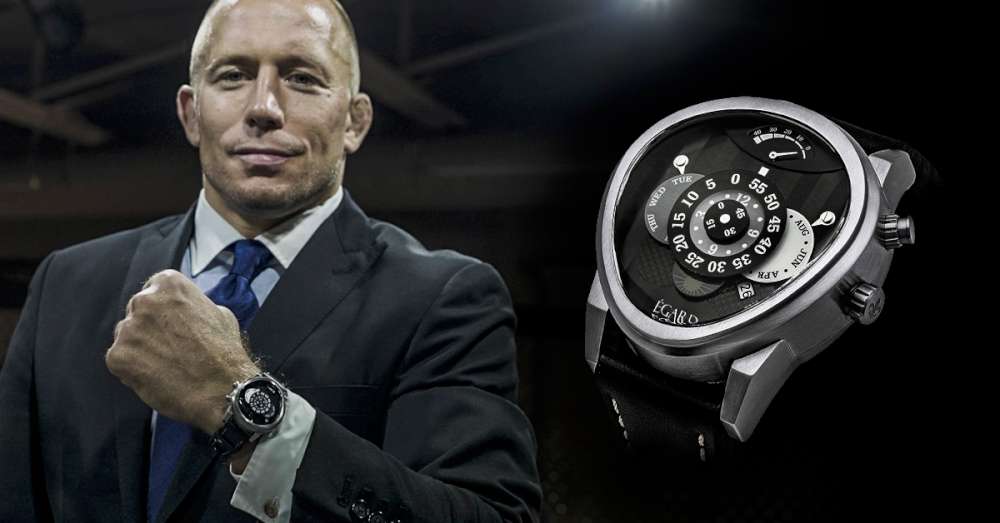