The Searock Automatic by Roamer is one of the many classic men’s watches with a vaguely Rolex look, made by putting an ETA 2824-2 movement into a stainless steel case. Quite large at 42 mm across, the case has a graceful shape with polished and satin finish, and it has a nice 3-link bracelet in which size adjustment is made easy by the drilled link holes. 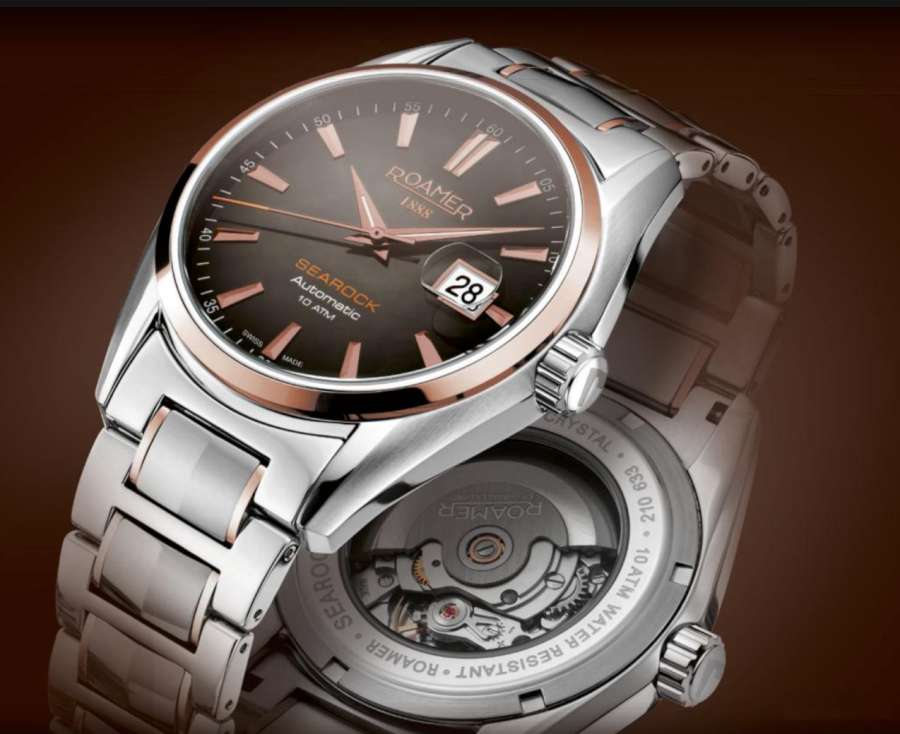 The sunray-finish dial, the hour markers and the hands are all stylish and well coordinated. There are small areas of SuperLuminova on the hour and minute hands. One of the nice things about this watch is the extensive range of dial colours available, including anthracite, two shades of green, and the ever trendy blue. 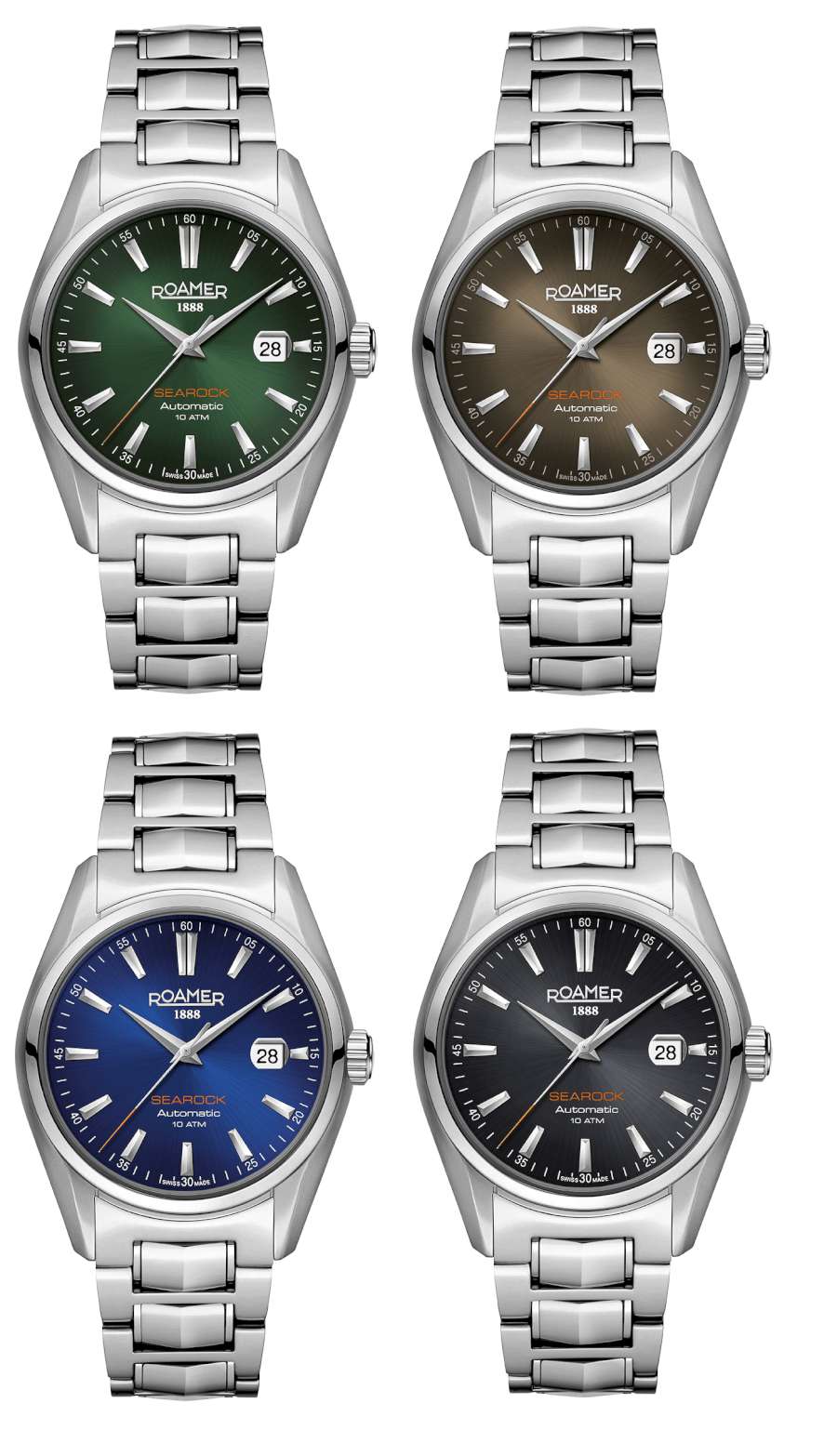 The sapphire caseback reveals the movement which is in the undecorated version. The Roamer brand name appears on the oscillating weight. 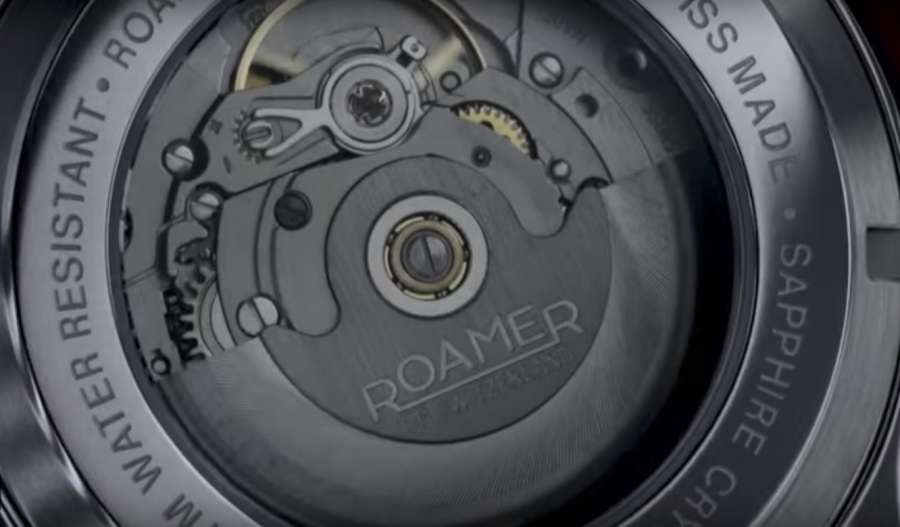 Another nice characteristic of this watch is that it has a screw-down crown and a water resistance of 100m. While you couldn’t really call it a sports watch, it’s nice to know that you can take it anywhere without having to worry about the watch being damaged by a breaking wave soaking you while you are at the helm of your yacht (for example). Sooner or later I think that 100 metres will become the new baseline for all quality watches. 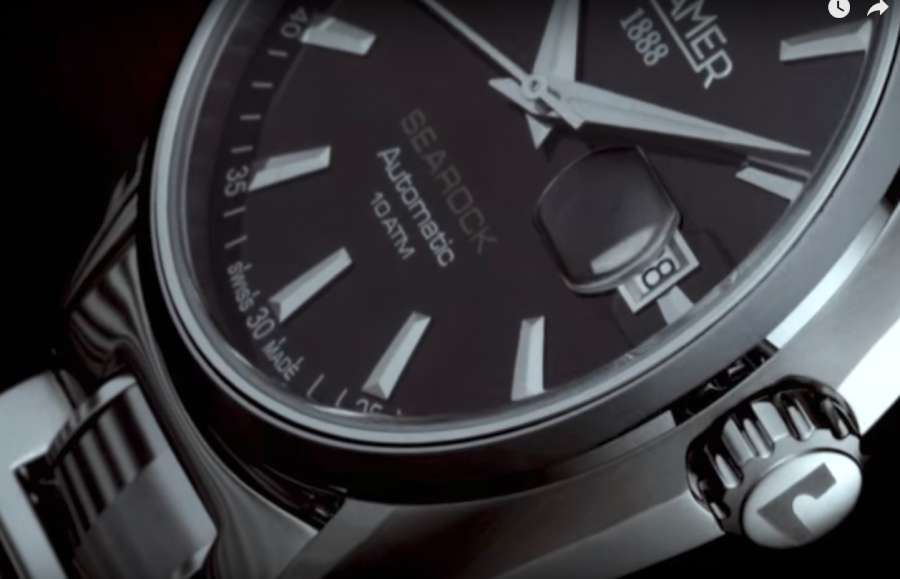 The Roamer Searock has a list price of €639, though it is available for less on the usual e-commerce websites. As soon as I can I’ll locate one of these watches and take some better photographs. Further information from the Roamer website. 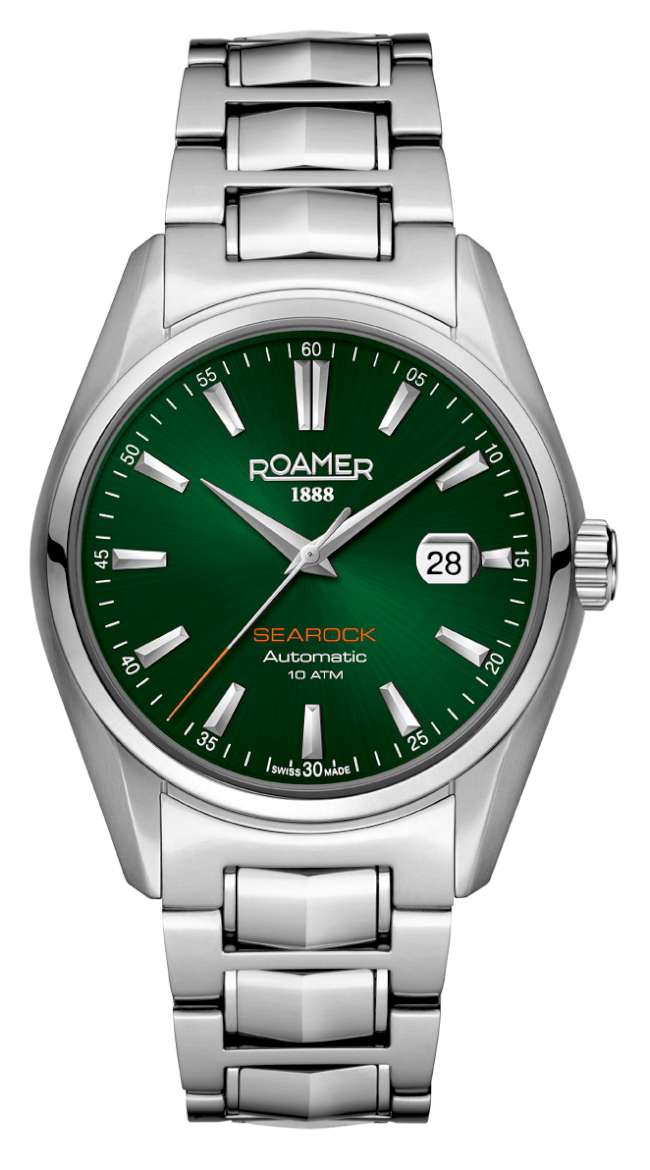 Roamer is a brand that was founded in 1888, in Solothurn, near Biel, Switzerland. By 1940 the company had grown to over 1,200 people. It introduced its first quartz movement in 1972 and was active throughout the 1970s. With the onset of the quartz revolution it stopped manufacturing mechanical movements in 1975, and had to lay off hundreds of employees. In 1983 it became part of the Swiss umbrella group ASUAG created to rescue many of the Swiss companies foundering in the tidal wave of cheap quartz watches arriving from Asia. In 1985 it was purchased by Marcel Leval, previously marketing director at the company. In 1994 Roamer was purchased by the ChungNam Corporation based in Hong Kong. In 2009 watch businessman Christian Frommherz acquired a majority holding of Roamer along with another brand based in Biel, Hanowa. The company comprises about employees. It moved its offices to Mohlin in 2016 and now it is presumably still owned by the Hong Kong company and other business entities.