When I saw this Facebook ad arrive on my page I was surprised, a German watch brand that I had never heard of. But the photo looked like those awful Chinese skeletonized watches. A visit to the Tufina website revealed lots of watches with a fake chronograph pattern in which the subdials aren’t for elapsed time but for day, date and 24-hour readings, adjusted by the chrono-like pushers. 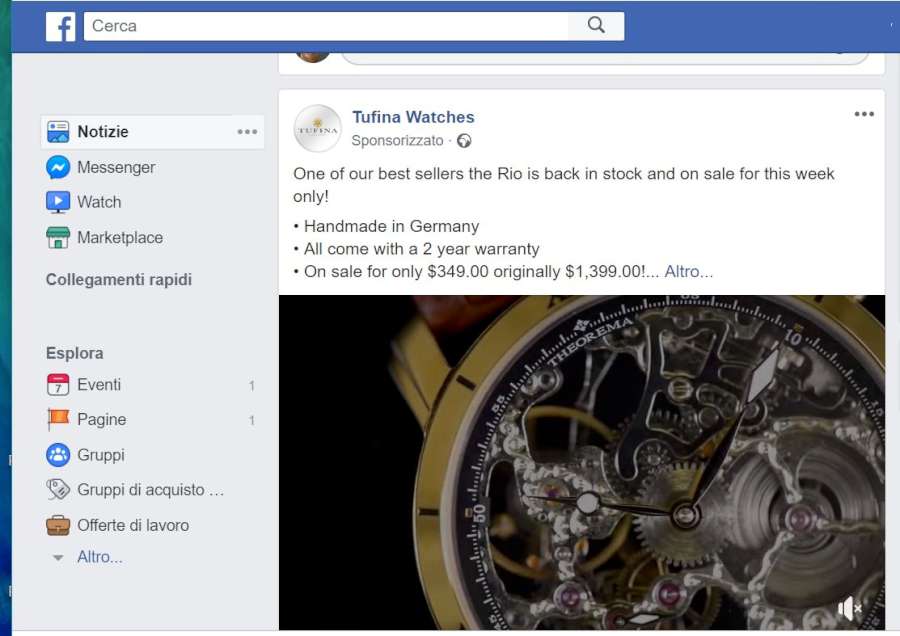 The part of the website dedicated to the company history (“Tufina since 1828”) was equally unconvincing, with details of successive Albanian Tufina family members starting with an unnamed personage who built the movement of the clock tower in Tirana. It’s difficult to say whether this is true or not: according to a local report published in 2010, the Tirana Clock Tower was built in 1822 and had a clock that rang a bell every hour. In 1928 the Municipality bought a new German tower clock, that was destroyed during the Second World War and replaced by a clock with Roman numerals, transferred from the church of Shkodra. This was replaced by a Chinese clock made in the 1970s. Restoration of the clock tower began in about 2010, with plans to install a new clock movement, new clock faces, and a small museum of monumental clocks in Albania with photos of their builders.

After successive Tufina generations, all of whom were “persecuted by the communists,” or imprisoned or shot, Enis and Erjon Tufina launched two brands, Theorema and Pionier, based in Munich in Germany. Today Tufina watches are presented as “made in Germany,” even though the movements are clearly Chinese-made.

Tufina now have a base in Chicago to serve the North and South American markets. Perhaps in some countries it is legitimate to say “made in Germany” if the company is registered in Germany and perhaps part of the manufacturing process – for example, putting the watch into the box – takes place there. But considering Germany’s incredible watchmaking history, and the quality attained by its brands, Tufina’s use of the German flag seems a bit unfair.

This post continues to generate responses, some of which seem to be invented incidents. I’ll edit the most extreme responses. Thanks, best wishes from Ambrose

15 thoughts on “The curious case of Tufina watches”