Patek Philippe’s World Time for women is a variation of a watch that is already part of the catalogue. The new version has a white gold case 36 mm in diameter, a bezel set with 62 diamonds, and a blue-grey hand-guilloché dial, confirming the ongoing success of the blue-dial trend. The alligator strap is in peacock blue and has a prong buckle set with 27 diamonds. The watch has a display caseback revealing the calibre 240 HU movement. 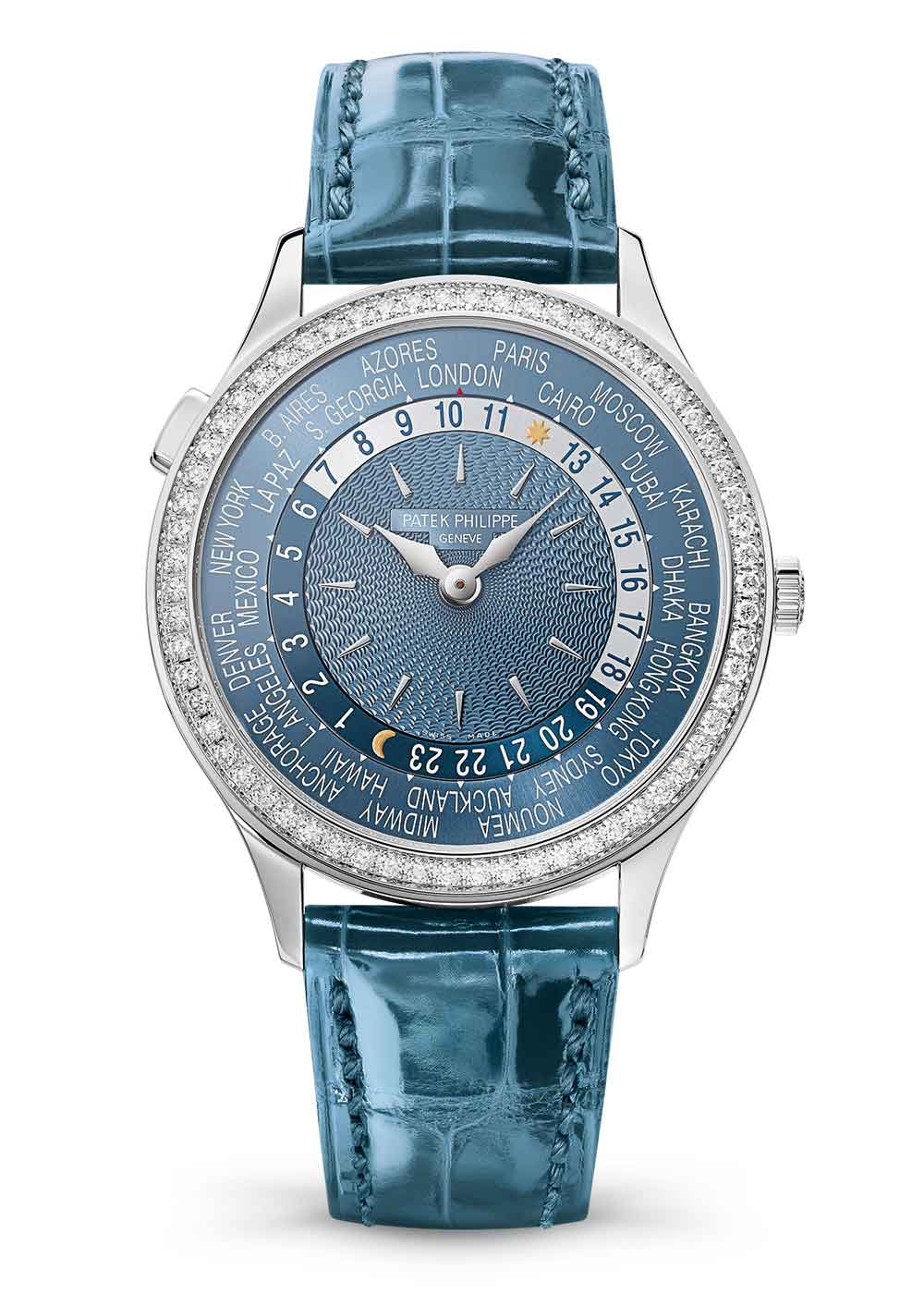 The world time function is perfect for travellers, or for people who have to phone around the globe without worrying about waking someone up. It displays the time in all 24 time zones by means of a 24-hour ring with day-night indications, and the external city ring. The local time zone is set at 12 o’clock, and when you change time zone, you just have to press the pusher at 10 o’clock, until your new time zone is at the top of the dial. With every press of the pusher, the hour hand advances one hour, and the 24-hour ring and city ring move counterclockwise. The minute hand is unaffected by these regulation operations and so the watch’s precision is not diminished. A pusher is far more practical for adjustment than the crown, which is used only for setting the time and for winding if necessary. 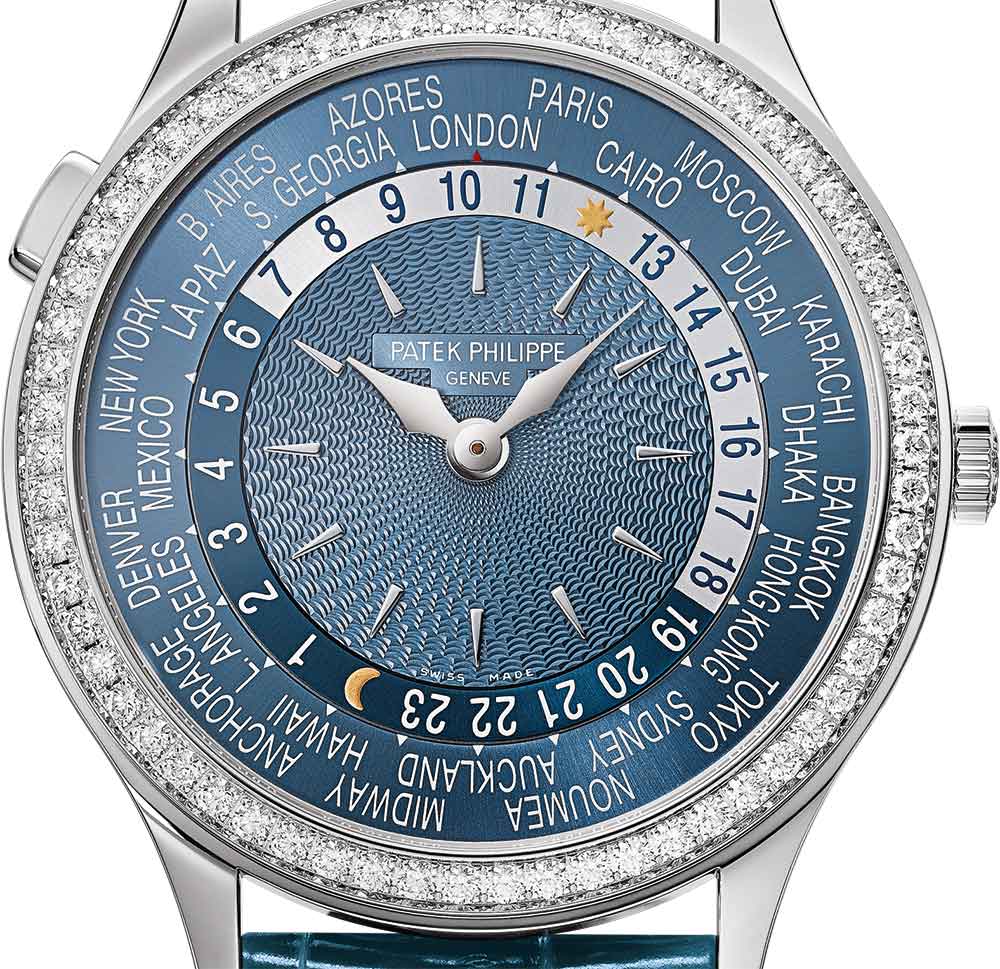 As for all of Patek Philippe’s calibres with a diameter of 20 mm or more, precision of the calibre 240 HU movement is within -3/+2 seconds deviation per day, as certified by the Patek Philippe seal. This is better than COSC specifications. The self-winding movement has 239 parts, 33 jewels, a balance running at 21,600 vibrations per hour (3 Hertz), and a power reserve of 48 hours. The movement is slim at 3.88 mm, with a gold micro-rotor.

The calibre 240 HU inherits a long history. Its origins lie in the depths of the quartz crisis, when, in 1976, managing director Philippe Stern and his father Henri Stern decided to create a new mechanical movement that could somehow help the company survive the years in which many watch companies were going out of business and many more were converting to quartz – Patek Philippe itself had developed its own quartz movement. The new 240 calibre movement was designed to be slim, with a recessed micro-rotor, and a 3-Hertz balance. The lower frequency reduced energy consumption by over 20% and increased power reserve. It proved that a movement with a 3-Hertz balance could be as accurate as the conventional 4-Hertz balance used in most watches. The first watch powered by calibre 240 appeared in 1977, 40 years ago. Over the years it was modified for complications, including 240 Q (Perpetual calendar), 240 PS (decentralized small seconds), and 240 HU (World Time) launched in 2000.

Today the movement comprises the silicon balance spring, called Spiromax in a material named Silinvar. Likewise the Gyromax balance is in Silinvar. The material is antimagnetic, and the balance spring retains its isochronicity at different temperatures.