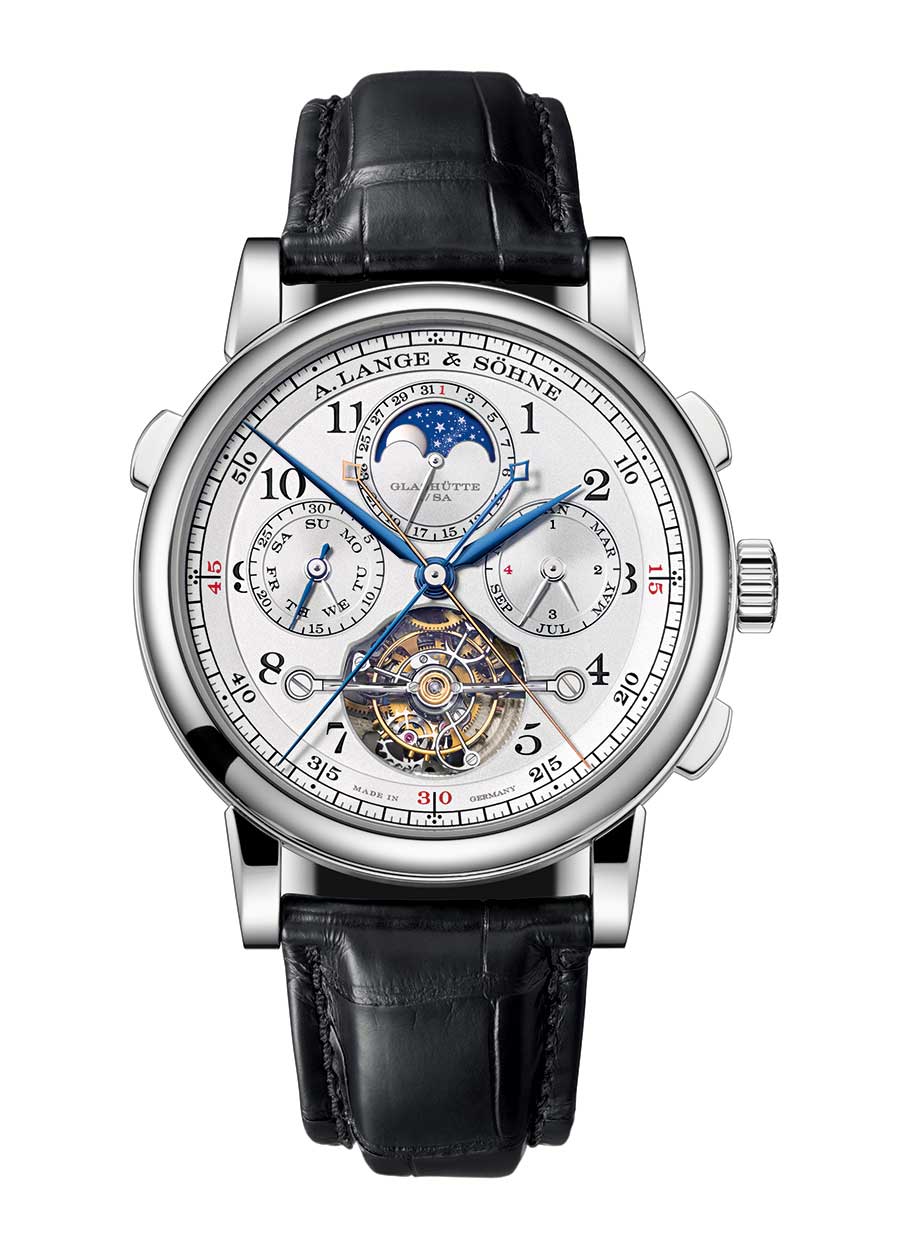 The argenté-silver dial has a fascinating complexity, with the largest amount of space dedicated to the one-minute tourbillon, an irregular opening in which the top edge is defined by the two subdials above. The black-polished tourbillon bridge and the diamond endstone bearing for the tourbillon cage are highlights. Each of the subdials has two functions, day and 30 chronograph minutes counter on the left, month and leap year indication on the right, moon phase and date at the top. The seconds scale at the edge of the dial is divided into thirds of seconds, corresponding to the balance frequency of 3 Hertz, 21,600 vibrations per hour. The split-seconds chronograph hand is in blued steel, and the chronograph hand is in gold-plated steel. 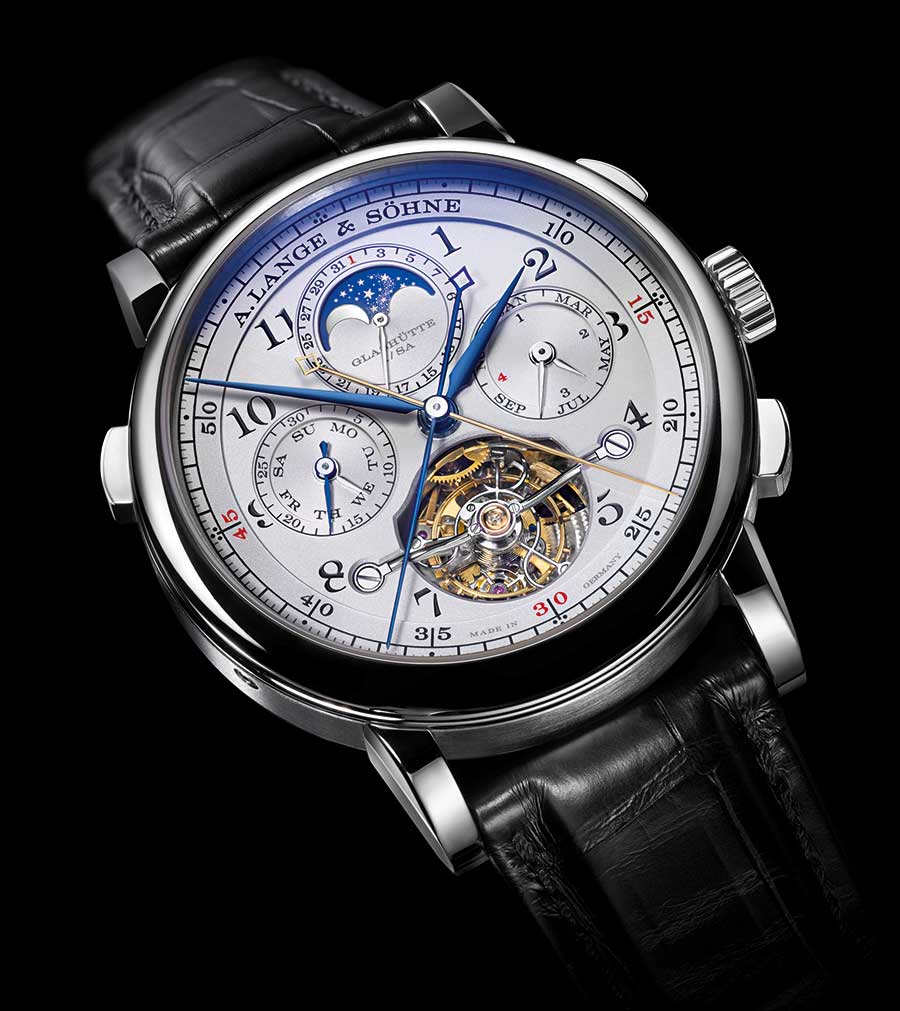 The movement is housed in a 43mm case in platinum, 16.6 mm thick. The two pushers at 2 and 4 o’clock are the conventional chronograph pushers: the pusher at 10 o’clock is for the split-seconds (rattrapante) function, in which pressing the pusher enables a partial reading, for example a lap time, to be taken, after which another push advances the split-seconds hand to join the chronograph hand once more. On the caseband there are recessed pushers for correcting the calendar indications and moon phase. The watch has a black alligator strap with folding clasp in platinum.

This new movement has 684 parts, considering the chain of the constant-force mechanism as one part. The chain itself comprises 636 parts. The two column-wheels controlling the chronograph and split-second functions are visible through the sapphire caseback, along with the complex system of levers operating the chronograph. The perpetual calendar keeps track of days, months and leap years until 2100, when a once-a-century correction to the Gregorian calendar will require one day’s adjustment. The moon phase indicator has an accuracy of one day’s deviation every 122.6 years. The power reserve of this hand-wound movement is 36 hours, an indication of its incredible complexity: operating a tourbillon, fusée-and-chain transmission and perpetual calendar, making sure that there is still enough energy to run the chronograph, over the entire power reserve is a remarkable achievement. 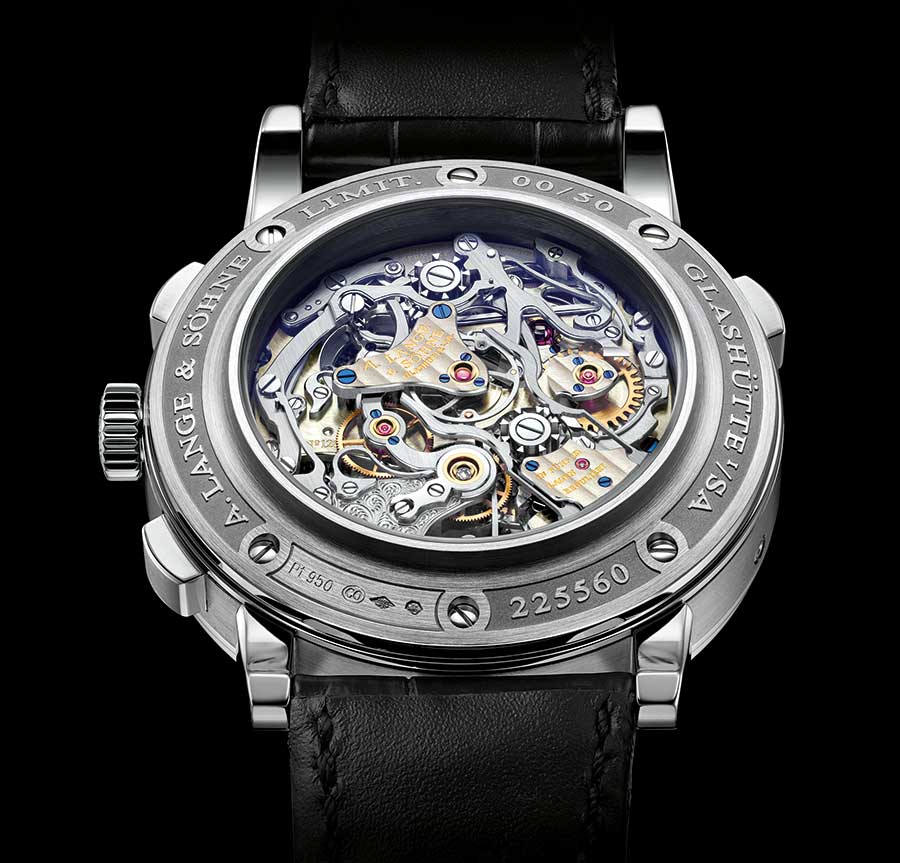 While the tourbillon is a piece of technical virtuosity that does not really improve precision (it was invented by Abraham-Louis Breguet to overcome the effects of gravity on pocket watches that spent nearly all their time in the vertical position, and so the problem doesn’t apply to wristwatches), the fusée-and-chain constant force system can improve precision over the duration of power reserve. As the torque delivered by the mainspring barrel decreases as the spring runs down, the fusée-and-chain system changes the gearing to even out power delivery. The Lange designers ensured that the system continues operating even while the movement is being wound, a feat of breathtaking ingenuity. 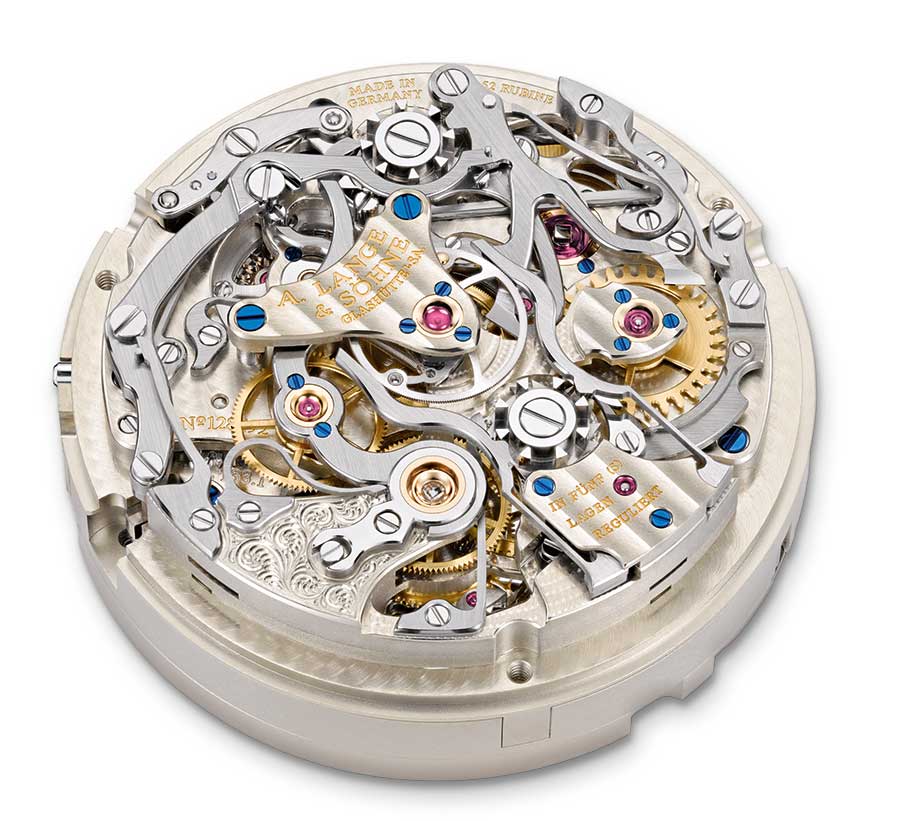 The Tourbograph Perpetual Pour le Mérite by A. Lange & Söhne, reference 706.025, is a monumental piece of watchmaking, made in a limited edition of 50 pieces. It costs €480,000. Read more at the A. Lange & Söhne website. 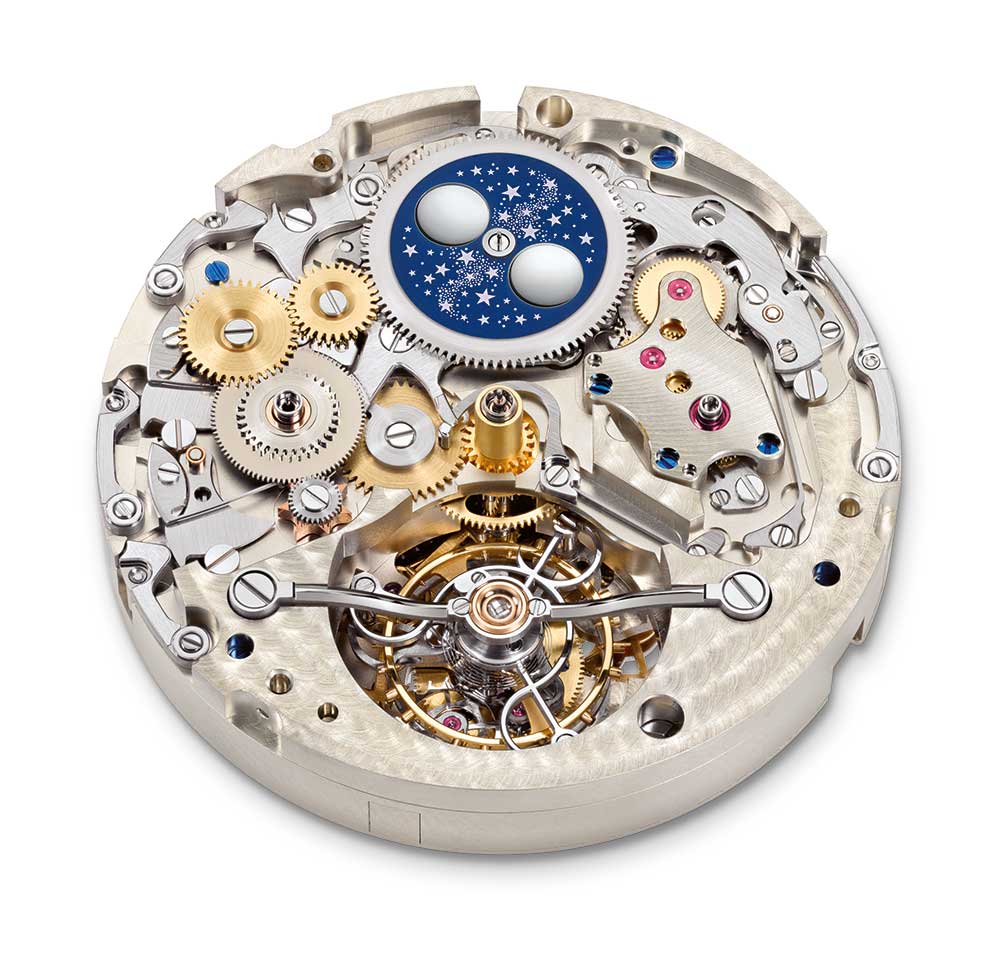