The Saxonia Thin has been part of the A. Lange & Söhne collection since 2011, and since then a number of different versions have been introduced. This year’s piece is a 39-millimetre watch, just 6.2 mm thick. Its size makes it accessible to both men and women, and the aventurine glass dial, deep blue strewn with tiny glittering specks, likewise has a unisex fascination. It is an unusual departure for Lange, towards new aesthetics and more unusual materials. 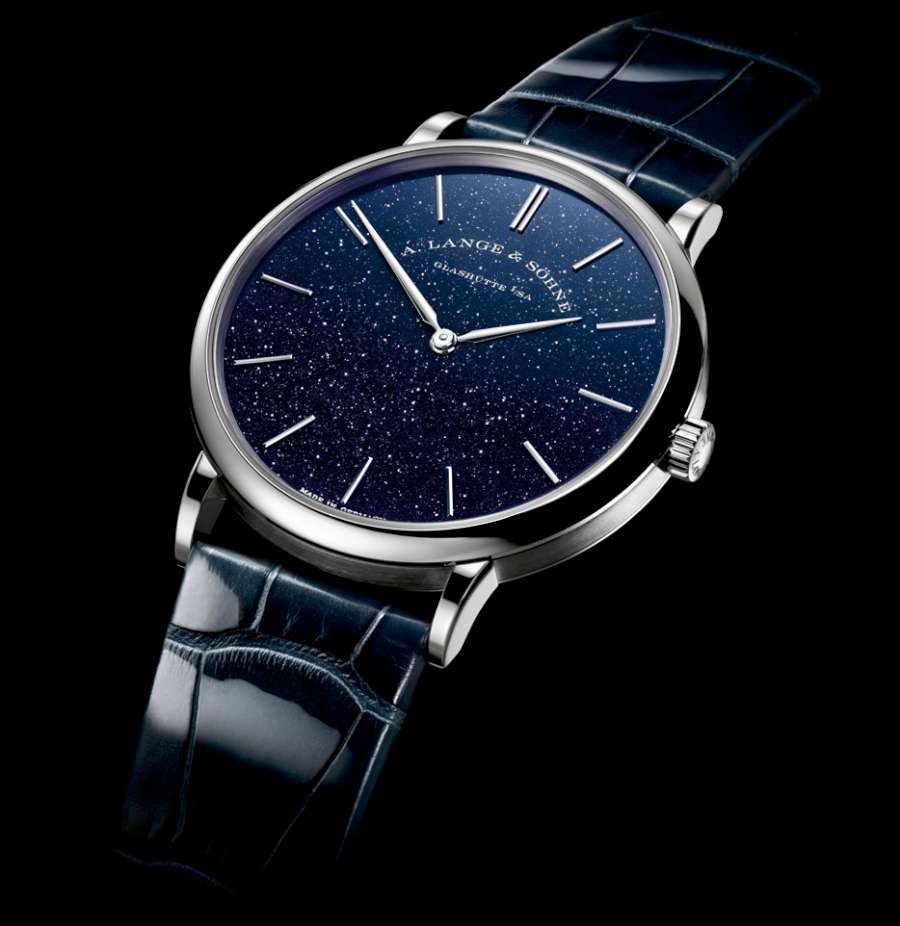 In my opinion this is a perfect contemporary dress watch. While black tie has its own rules, with some aesthetes accepting only traditional black suits and black bow tie, things are changing in this area, as well, and some brands are making dinner jackets in other colours, above all blue – the same colour that has been the trend colour for watch dials over the last few years. So the slim, deep blue Saxonia Thin, with its matching alligator strap, is perfect as a dress watch. Minimalist hour markers, hour and minute hands only, and nothing else on the dial except for the brand name, which is perfectly framed when the hands are in the classic 10:10 position (Lange choose to use the alternative 1:50 in their photos). 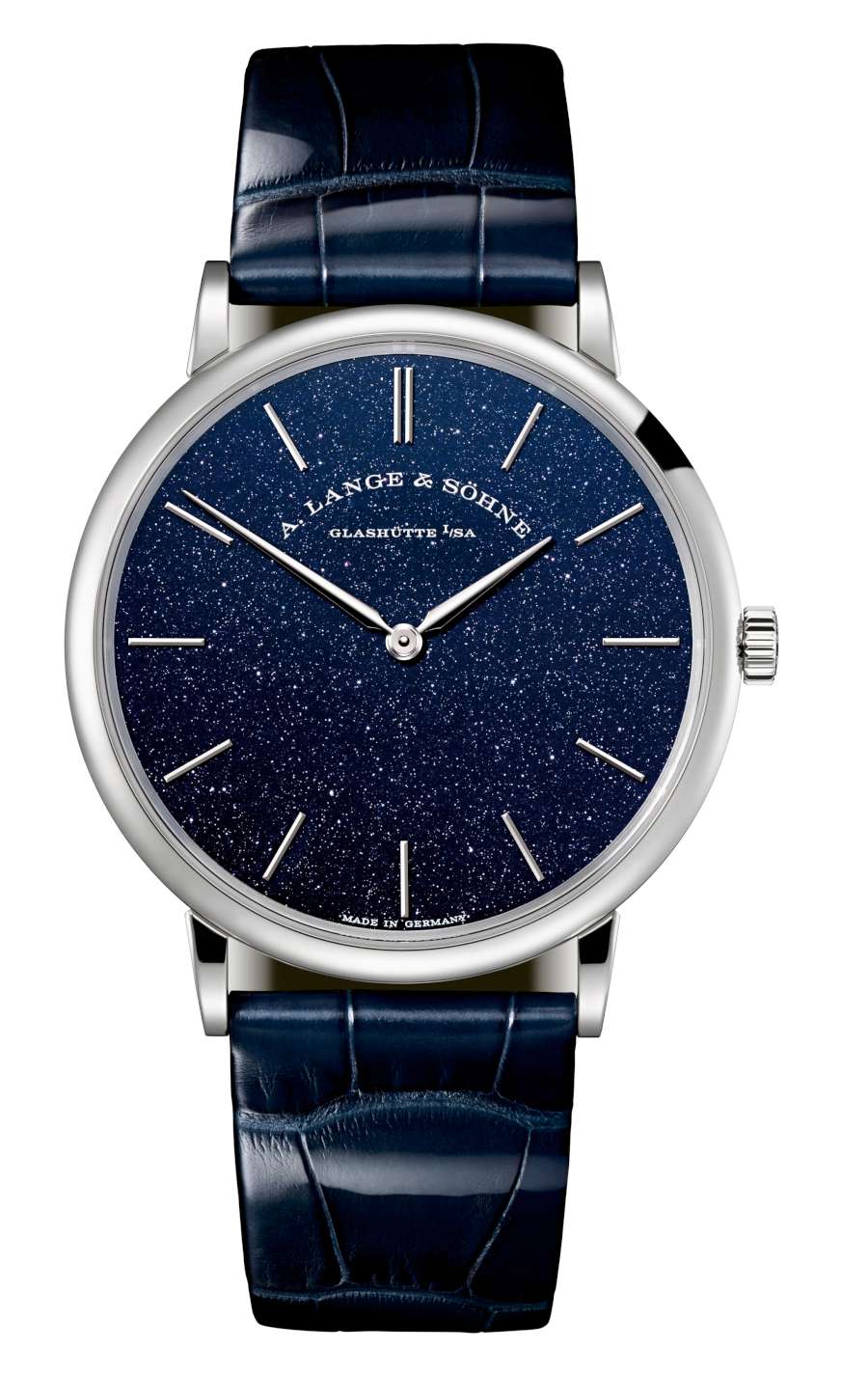 That deep blue with silvery specks looks like the mineral aventurine, but in fact it is made in silver faced with aventurine glass, described by Lange as copper-blue goldstone. It’s a complex process, invented by the Venetian glassmakers on the isle of Murano in the 17th century. Glass is heated until it melts and reaches a temperature sufficient to dissolve granules of copper oxide that are added to the melt. The melt is left to cool slowly, which gives some of the copper ions enough time to accumulate and form octohedral copper crystals. The size of the crystals can be controlled by the speed of cooling: the faster it cools, the smaller the crystals. The material creates an effect resembling the stars in the night sky. 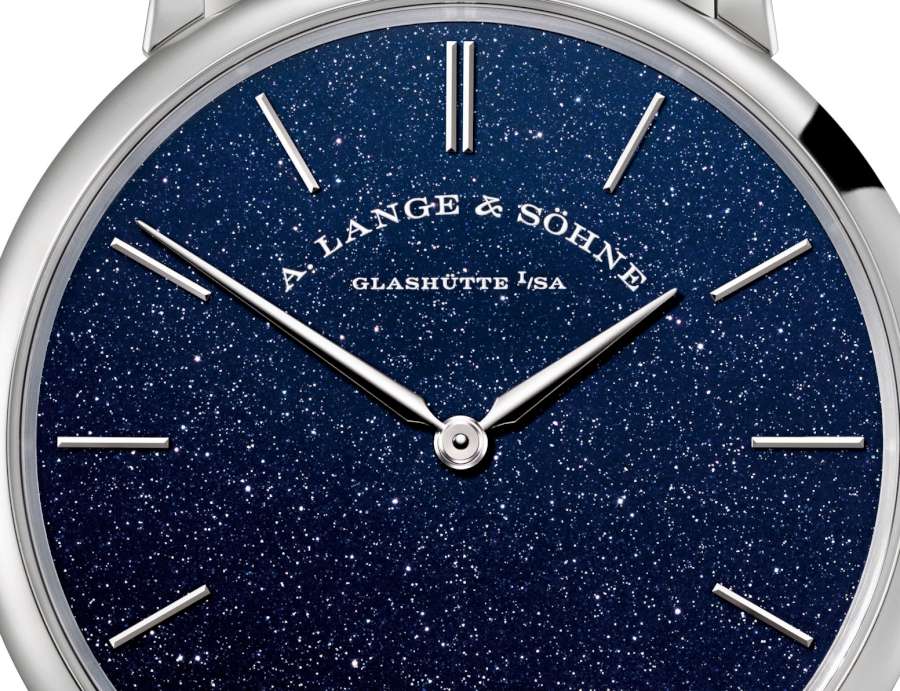 The watch is powered by Calibre L093.1, hand-wound, also used in the previous 37mm and 40mm models of the Saxonia Thin. The movement is super-slim at 2.9 mm, and it provides a good power reserve, 72 hours. The balance runs at 21,600 vibrations per hour. The movement, with its 167 components including 21 jewels, three of which set in gold chatons, can be viewed through the sapphire caseback. All parts are hand-finished, the balance cock is hand-engraved, and even the slots of the blued screws are chamfered. The three-quarter plate in German steel is finished with Glashütte stripes. 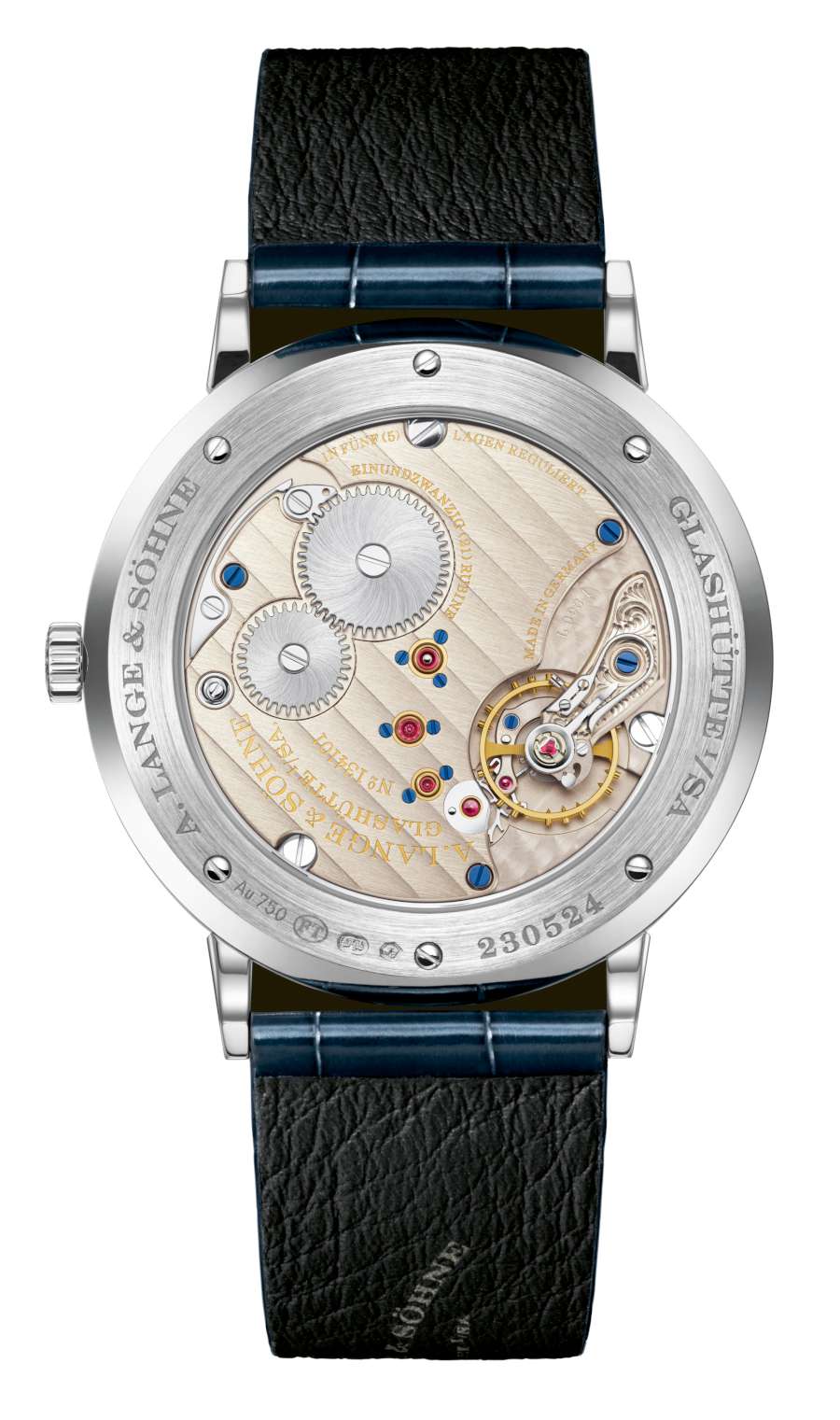 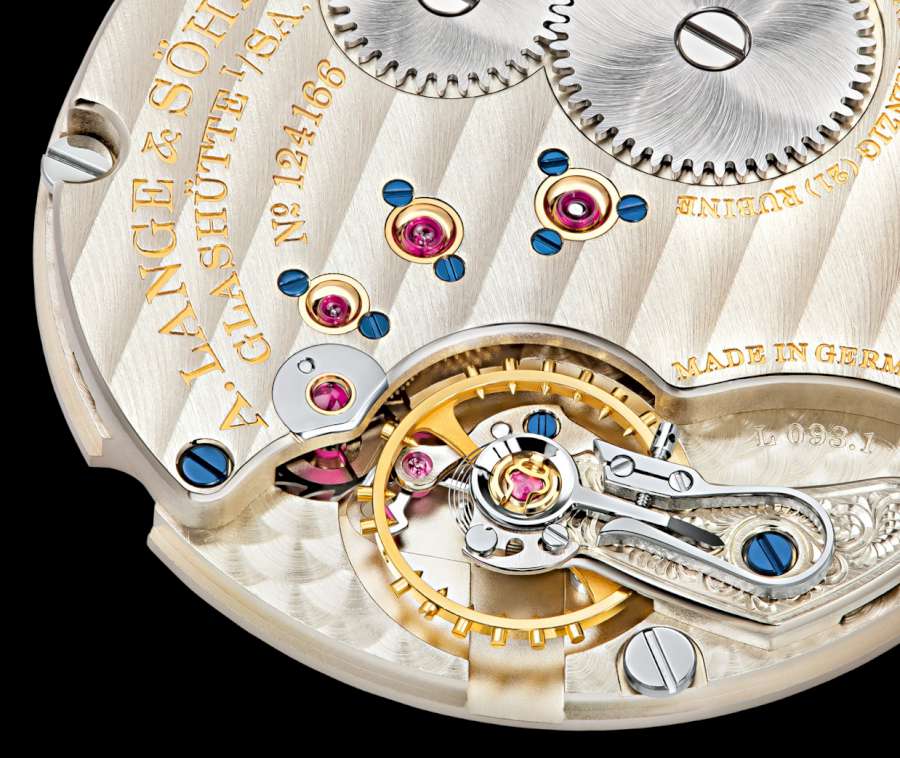