With the FiftySix collection, Vacheron Constantin is reaching out to a wider section of the public than its previous audience of super-wealthy customers. The FIftySix Automatic is now the entry-level piece in Vacheron Constantin’s range, available in steel at a price of €11,800. So it’s still a very expensive watch, but Vacheron Constantin is a top-tier brand and this price, and the steel case, represents a major step. 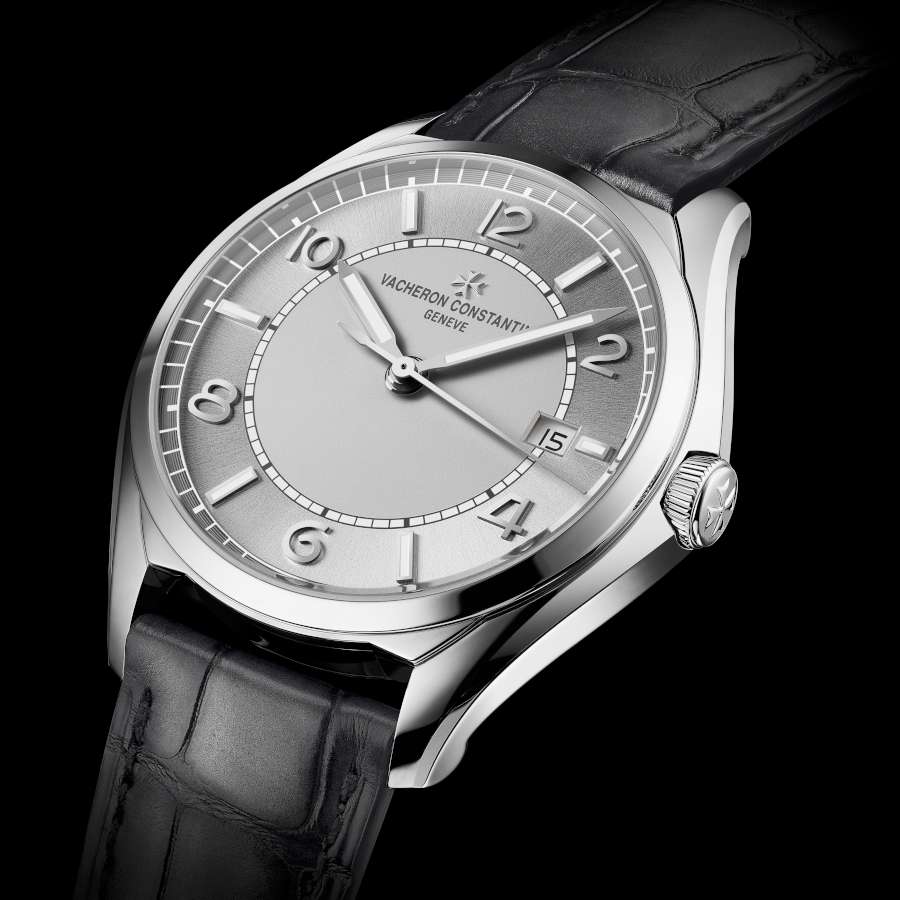 The FiftySix is based on the 6073 watch that was presented in 1956 to celebrate Vacheron Constantin’s 200th anniversary. An advert from back then shows the similarities, and the differences, with respect to the new model. The 6073 was 35 mm in diameter, in gold, a sportier version of a dress watch with a bracelet that integrated nicely with the lugs, moving towards the fully integrated case that would appear later with models such as the Audemars Piguet Royal Oak. 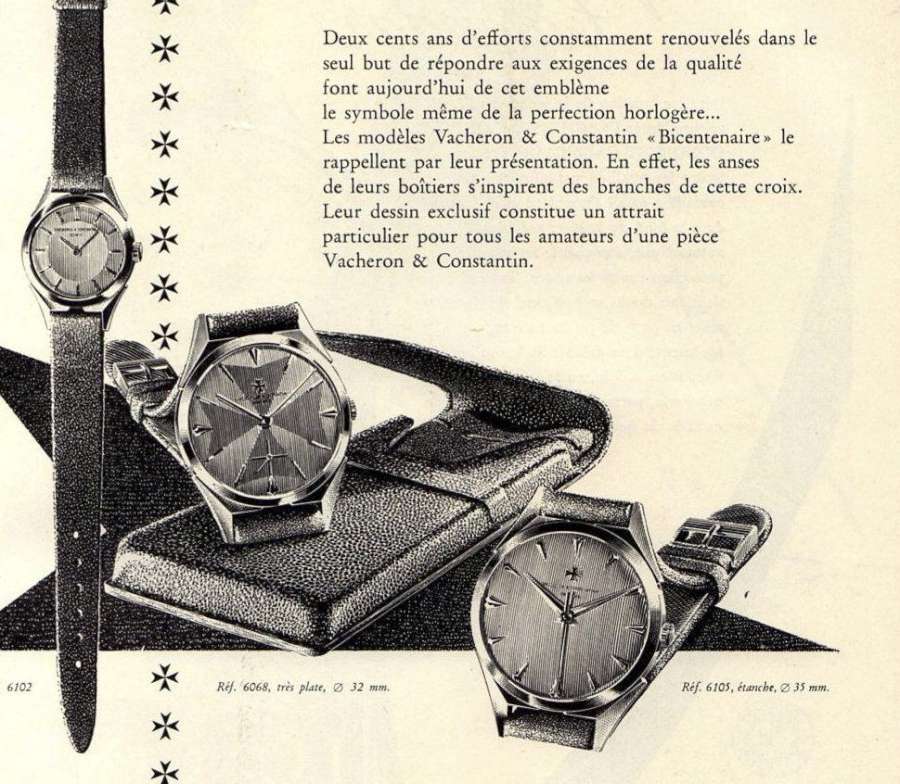 The new FIftySix Automatic has a more modern 40 mm case size, slim at 9.6 mm thickness. Like the 6073, its lugs are unique, with angles and facets that are a reference to the Maltese cross. The case is beautiful seen in profile, with the distinctive curved lug terminals. It’s a compact watch that could easily be worn by women as well as men. Vacheron Constantin have updated the design of the 6073, adding some contemporary features, such as the date window, the box-type watch glass in sapphire crystal, and the display caseback. The shape of the crown and the way it is initegrated into the caseband are lovely touches. The alternation of baton hour markers and Arabic numerals gives the dial some quirky character, but in the dark, the fact that the lume is only on the batons makes it harder to read the time. The design of the numerals is modern, with a 6 recalling Panerai and a 4 that reminds me of Baume & Mercier. 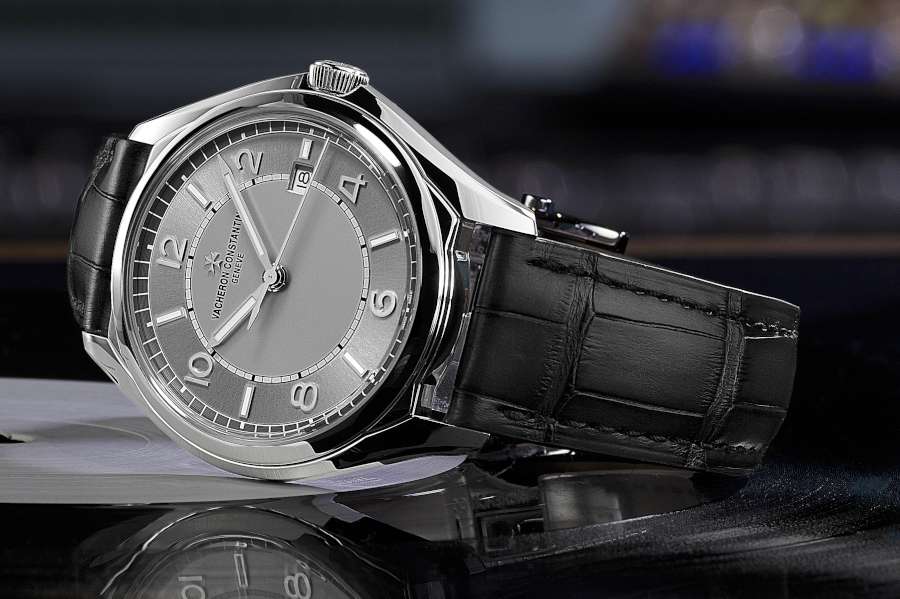 There are a couple of features that the brand have decided not to include in the FIftySix series. First, no Geneva Seal (Poinçon de Genève) on the Automatic. This is presumably to reduce cost. Second, no increase in water resistance. Part of the marketing for the original 6073 focused on its water-resistance, and I would have expected something better than the standard 3 bar (no swimming, resistant only to occasional splashes and rain) for the new FiftySix designed for a younger and sportier audience. The movement is probably a reworking of an existing movement, because it is much smaller than the case – just 26.2 mm in diameter – and so there is a lot of metal between the side of the case and the sapphire display window. Power reserve has equally not been extended beyond the traditional 48 hours. This is not really a problem for an everyday automatic, but even so, many brands are now making movements with a standard of about 72 hours. 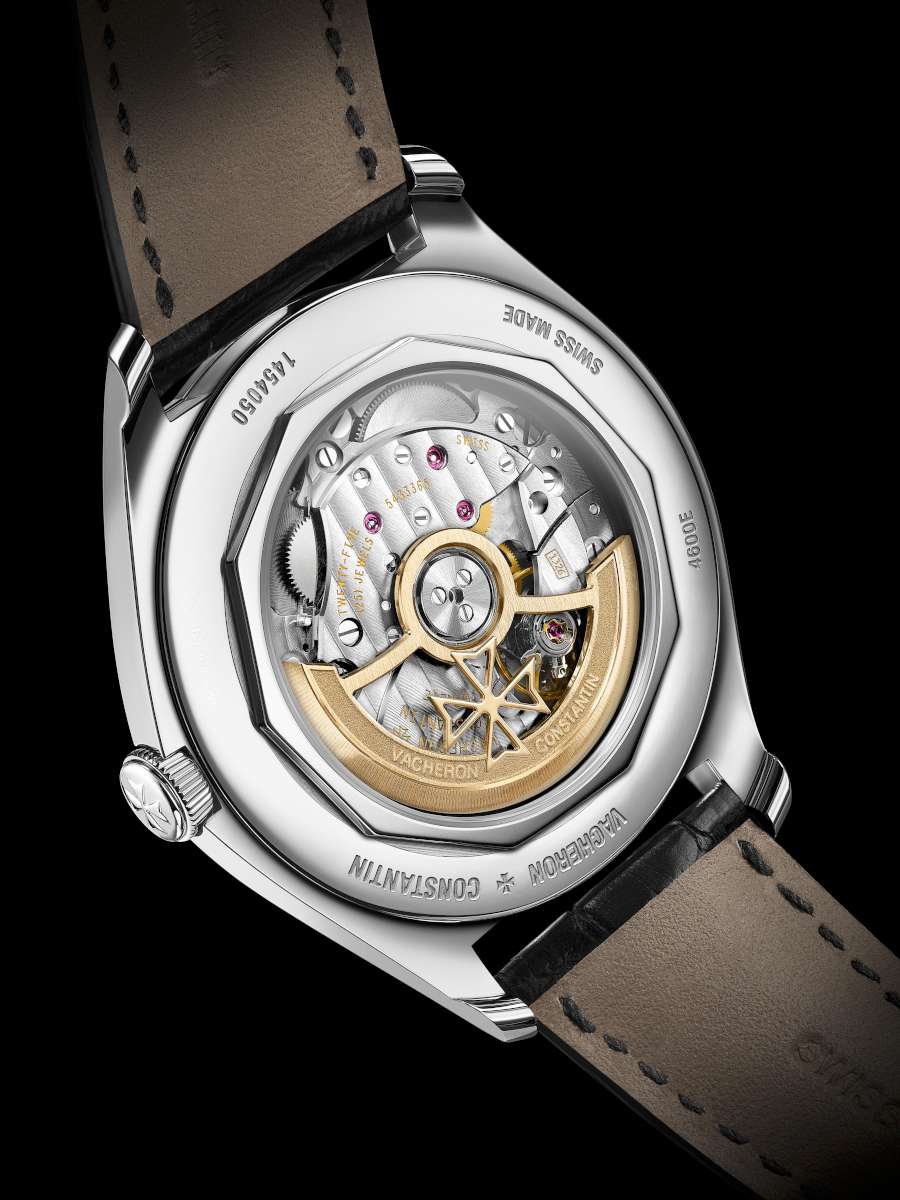 The movement is Calibre 1326, built by Manufacture Horlogère ValFleurier, part of the Richemont Group. It is based on the Cartier 1904-PS MC introduced in 2010 and used for the Calibre de Cartier watches. It is self-winding, with a power reserve of 48 hours, and it runs at 4 Hertz, 28,800 vibrations per hour. It provides the stop-seconds function. The oscillating weight is skeletonized, in pink gold, with the brand’s Maltese Cross emblem. 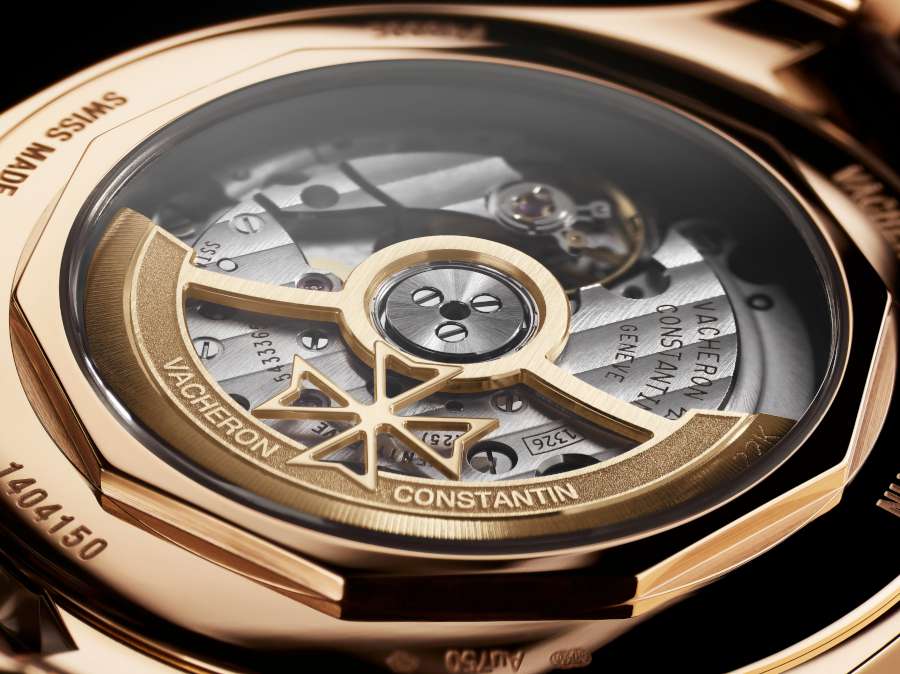 The strap is lovely, in dark grey alligator leather with calf lining and contrasting stitching. The buckle is distinctive, in the shape of half a Maltese cross, and it is easy to use and adjust. All in all the FiftySix Automatic is a beautiful watch, but there are a lot of beautiful watches around and in my opinion it doesn’t tick enough boxes. Compare it with the Jaeger-LeCoultre Polaris, another vintage inspiration piece: this has something of the same quirky character, an internal rotating bezel, and 200 metres water resistance for sports watch performance, at a price €4,000 less than the cost of the FiftySix Automatic. 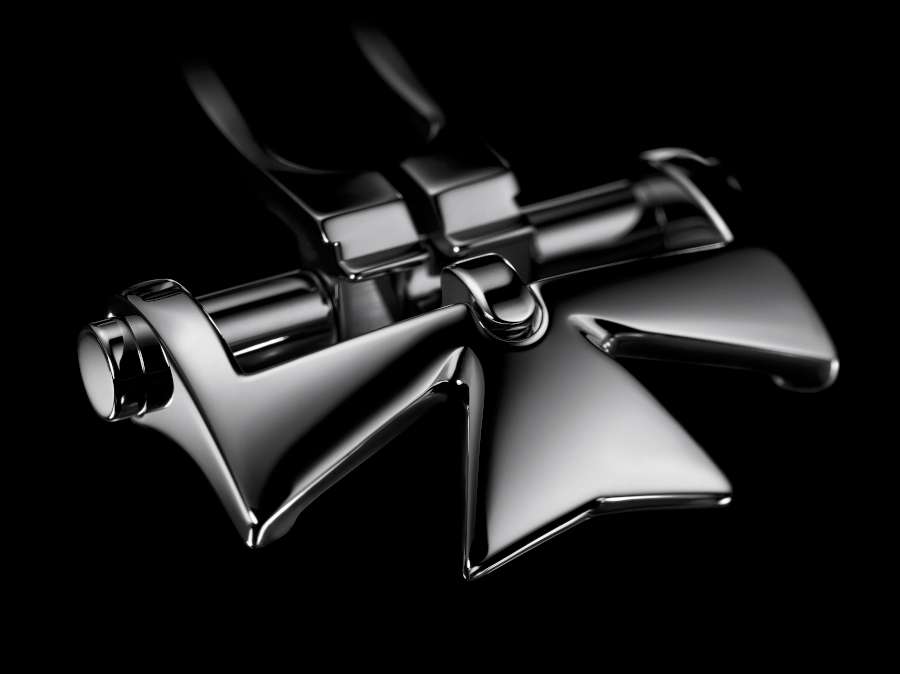