Most watch designers do just that – they design a watch. At Bell & Ross, they sometimes take a longer way around: they design a vehicle, and then design a watch inspired by it. In 2014, they designed the B-Rocket, a concept motorbike, and in 2016, the Aéro-GT concept car. This year, it is the turn of the Bellytanker racing car.

It’s an interesting story. American racing driver Bill Burke served in the Pacific during the Second World War and saw the P-51 Mustang with its streamlined auxiliary fuel tanks or belly tanks. After the war he purchased one of these tanks for $35 and used it to build a bright yellow car, with a front-mounted engine and a bicycle seat for the driver. He entered it for speed trials on California’s dry salt lake El Mirage, and it attained almost 132 mph. He was aiming for 140 mph, and so sold it and built another version with larger belly tanks so that he could shield the entire engine and improve aerodynamics.

The photo below (courtesy kustomrama.com) shows Bill Burke and the P-38 Bellytanker, which had a rear-mounted engine. It became one of the first Dry Lakes Record Holders. The car designed by Bruno Belamich is based on this vehicle, and he has added some aviation-linked features such as the tail fin, and the matt black nose paint, used on some aircraft to avoid reflections. 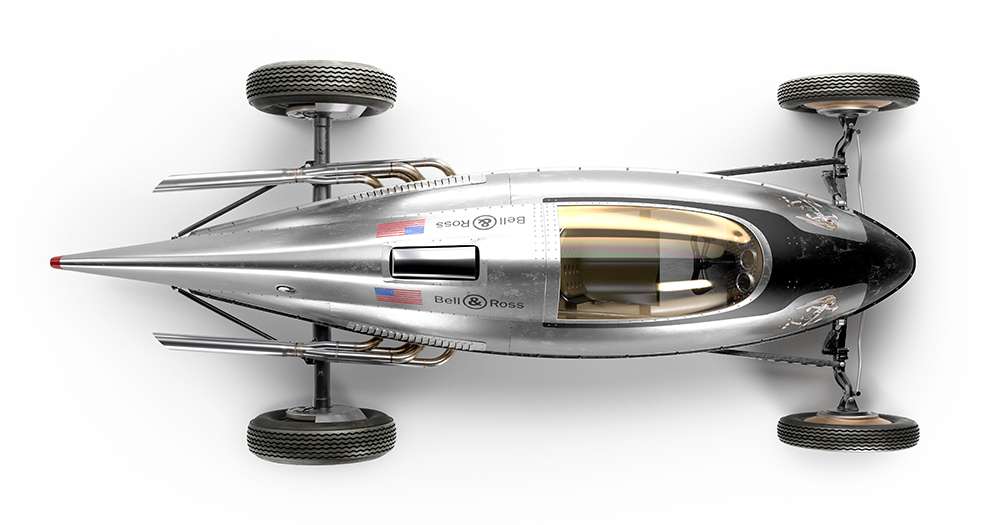 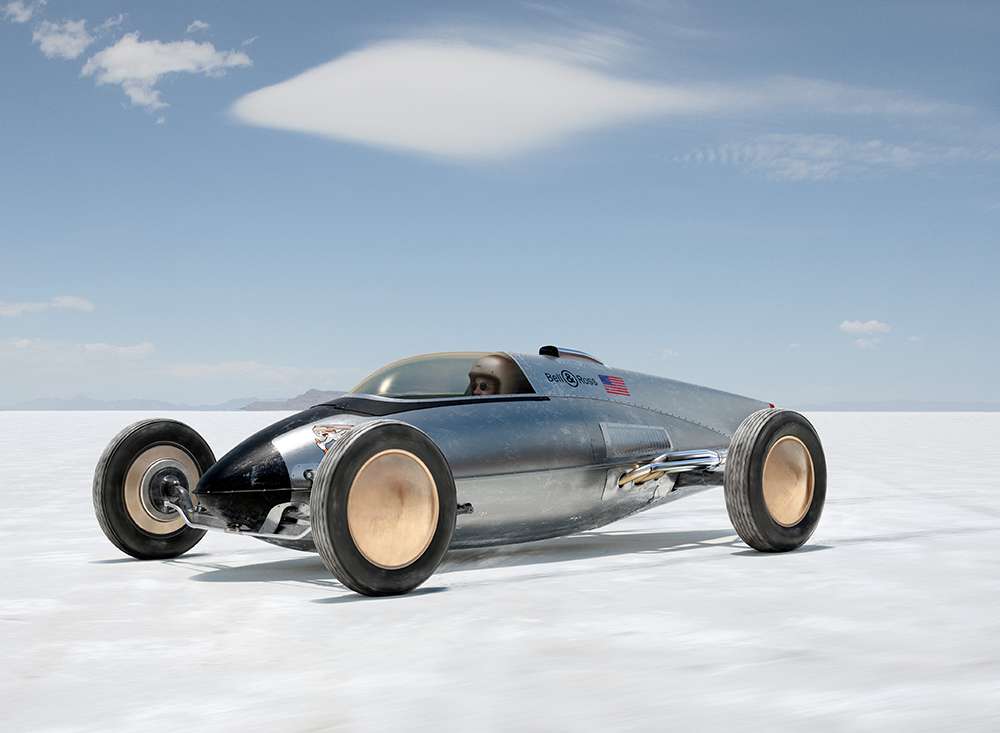 The watch looks like one of the wheels of the Bell & Ross Bellytanker, with its distinctive copper-coloured dial, and brushed steel case recalling the car’s bodywork. The design is minimalist, with a circular date window at 4.30. It is very wearable at 38.5 mm diameter, with a domed watchglass. The caseback is solid, with an engraving of the Bellytanker car. Water resistance is excellent at 10 bar, 100 metres. 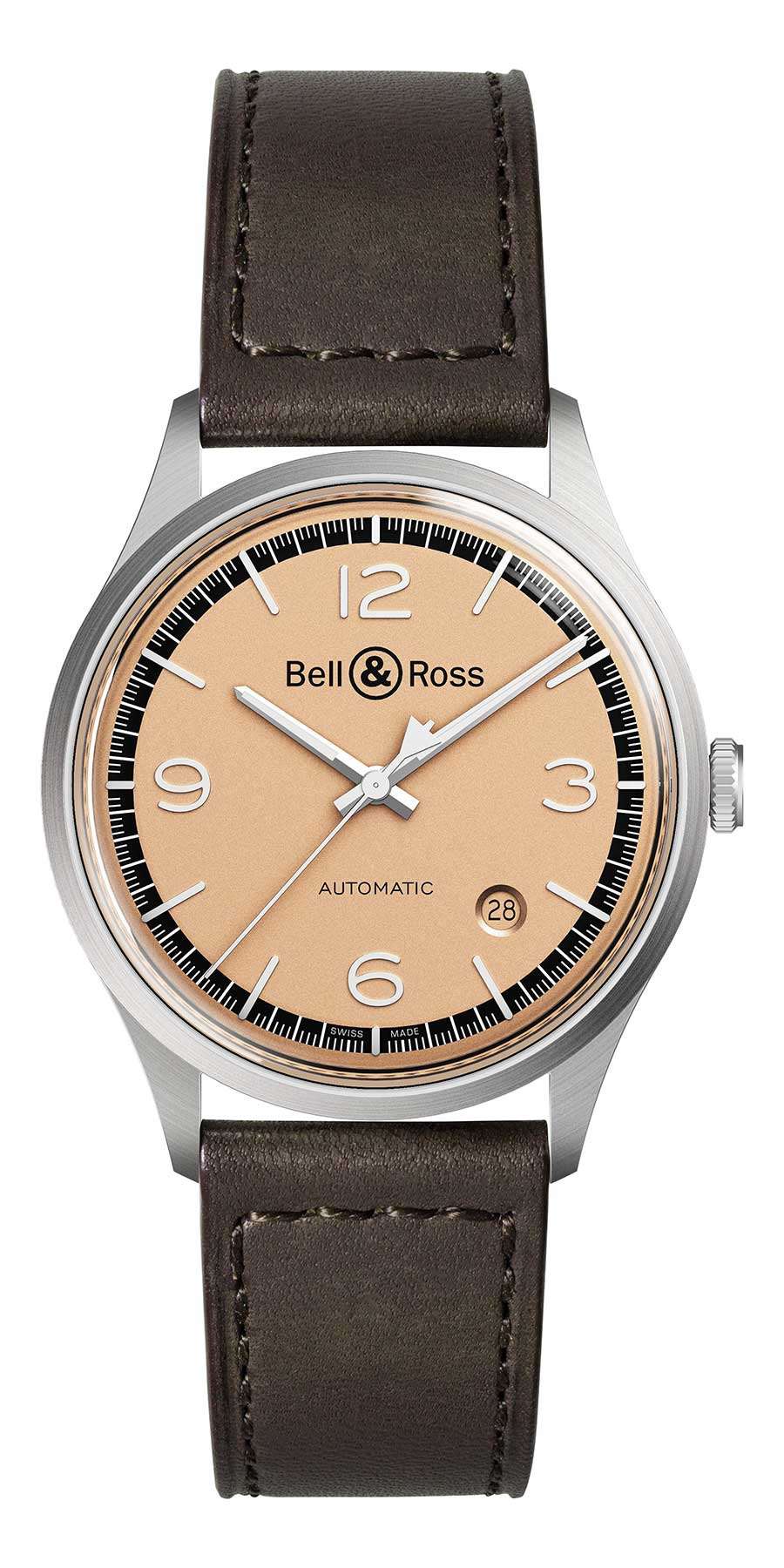 The dial has applied metal indices and numerals, and the hands are skeletonized and filled with SuperLuminova for night-time visibility. The aircraft-shaped counterweight on the seconds hand is a Bell & Ross hallmark. The watch has a soft leather strap, treated to create a vintage look. It has a steel pin buckle.

The watch is powered by the automatic BR-CAL.302 movement. It is probably based on the Swiss-made Sellita SW300, with 38 hours power reserve, 25 jewels, balance running at 4 Hertz (28,800 vibrations per hour), and stop second function.

The Bell & Ross BR V1-92 Bellytanker is a limited edition of 500 pieces. It costs €2,300 inclusive of VAT. It will presumably be available soon: you can ask for notification on the Bell & Ross website. 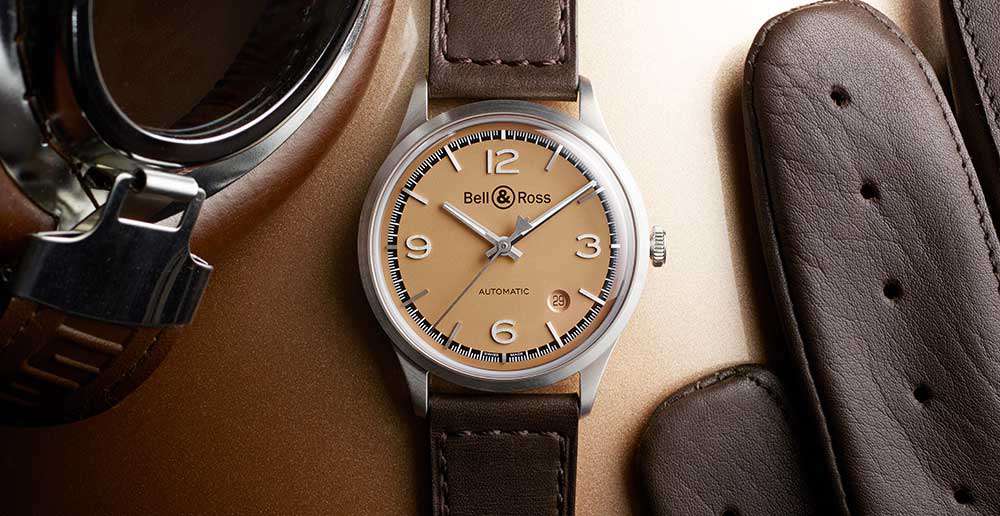 The Bell & Ross concept is a very modern design approach: dedicating a lot of time and effort to constructing the legend underpinning the product. It happens a lot in fashion design: a new brand carefully constructs a sort of visual history to give the impression of a heritage stretching back into the past. But in this case, Bell & Ross and its founders have a genuine interest in watches and aviation, and the result is a watch with unique looks. The edition limitation will no doubt increase its attraction. The price is in line with this sort of product, and cheaper than (for example) IWC’s watches made using third-party movements.