Once upon a time a fine gun was part of a gentleman’s armoury. Thankfully today this is no longer the case, but there are still the intriguing connections between gunmaking and watchmaking – which share terms like “barrel” and “calibre” – and this watch by F.P. Journe has a very close relationship with the ancient art of Damascus metal. Holland & Holland discovered two antique guns with Damascus steel barrels, and for this partnership watch, they gave them to F.P. Journe for use as dials. The barrels were originally made in 1868 and 1882, and together they gave rise to 66 dials. The result is a timepiece with a lovely dial, featuring a tobacco-brown colour with the characteristic Damascus patterns. It is moderately sized and very slim, with a warm, hygge appearance. 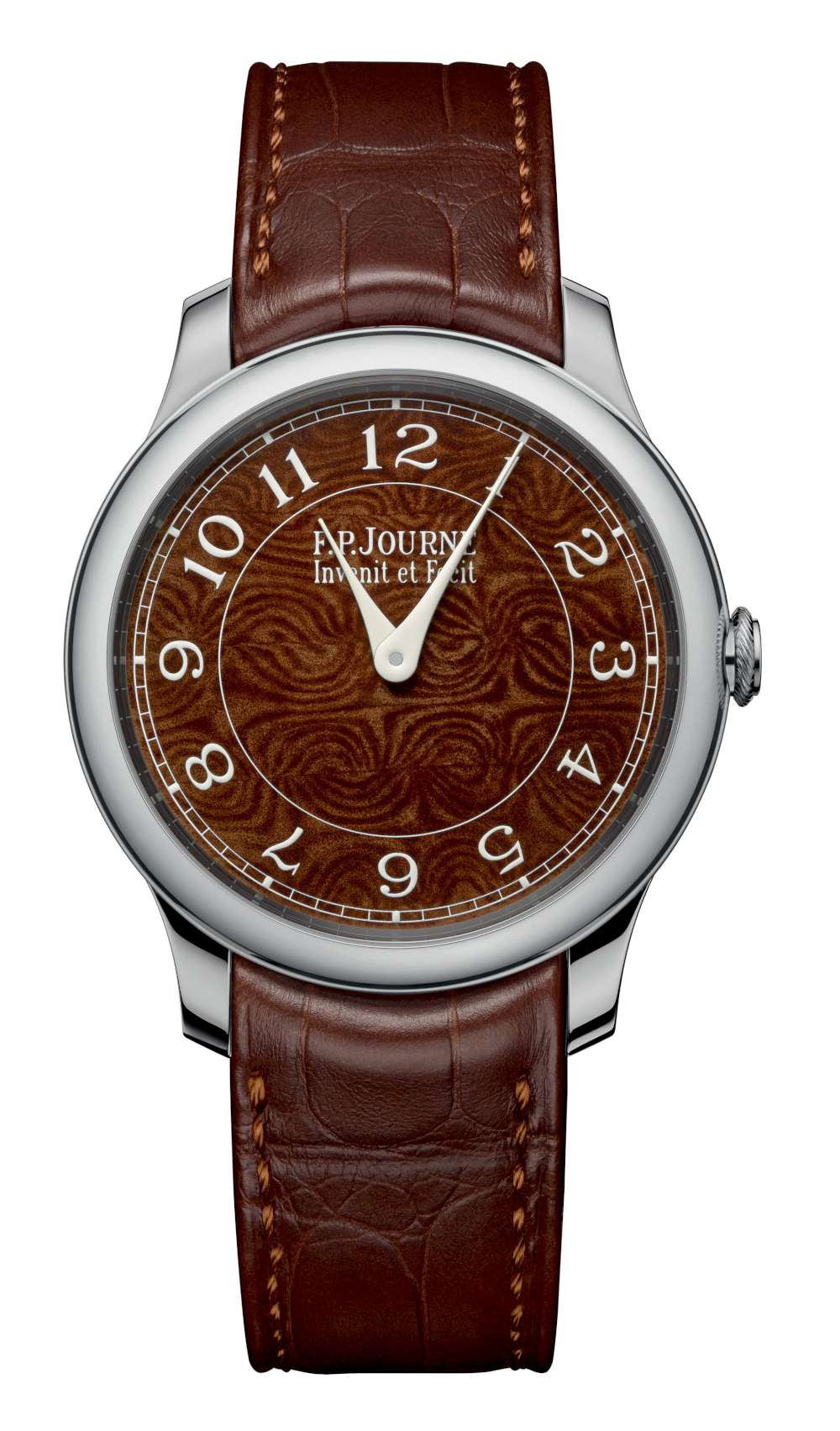 The Damascus technique is based on the use of strips of different types of steel, heated, forged together, twisted and hammered repeatedly, in order to create a steel that was harder, and could be sharpened to a sharper blade – it was originally used for knives and swords. Gunmakers used the technique to make their barrels in Europe from the 18th century on. The two antique barrels were cut along their length and then rolled flat, and sent to F.P. Journe’s dial makers, Les Cadraniers de Genève, who cut the blanks. These were sent back to Holland & Holland to be finished by “browning,” a traditional technique that enhances the Damascus patterns. Each watch has a unique pattern. 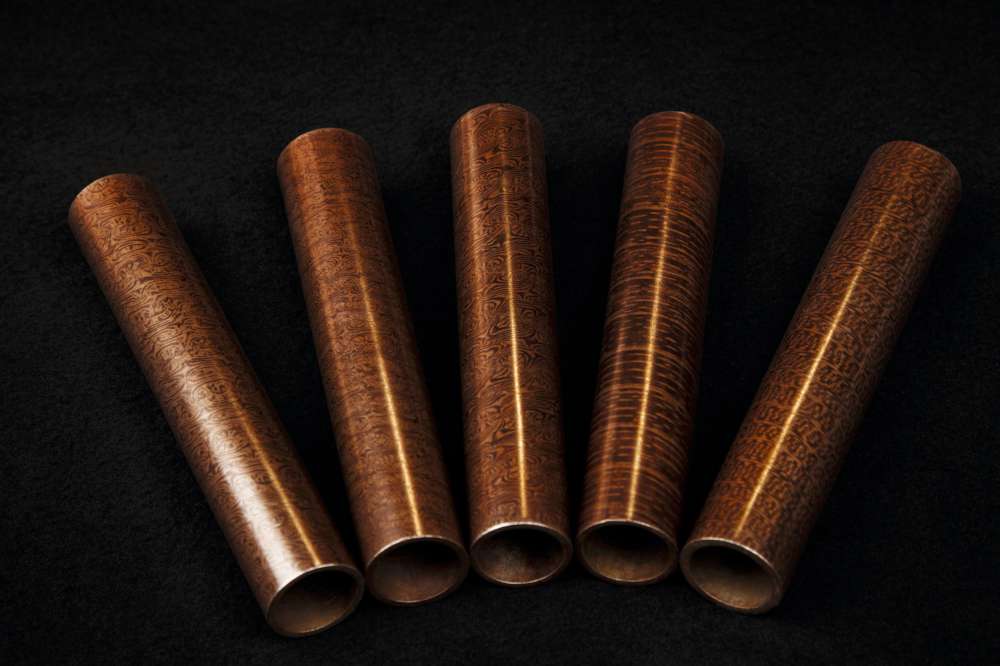 F.P. Journe watches are generally hallmarked by their all-gold movements and cases, but for this project, the brand accompanied the dials with a steel case, 39 mm in diameter and 8.6 mm in thickness. This provides a beautiful contrast through the sapphire caseback, between the steel and the rose gold of the movement. Each watch is marked with the series number, with two separate series, one from each barrel. 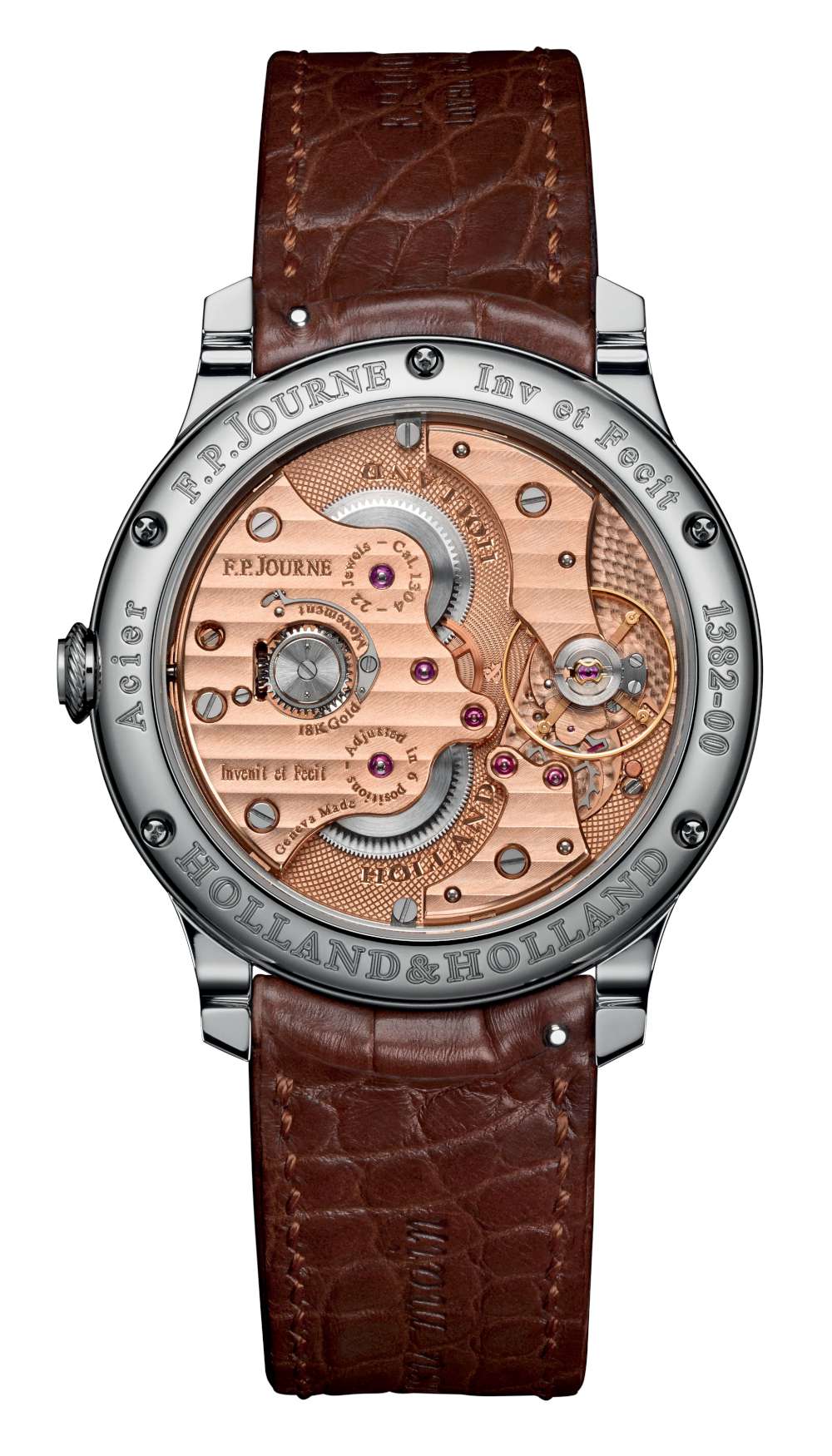 The watch is powered by the in-house F.P. Journe calibre 1304, hand-wound, with two mainspring barrels providing about 56 hours power reserve. The balance runs at 21,600 vibrations per hour, 3 Hertz. 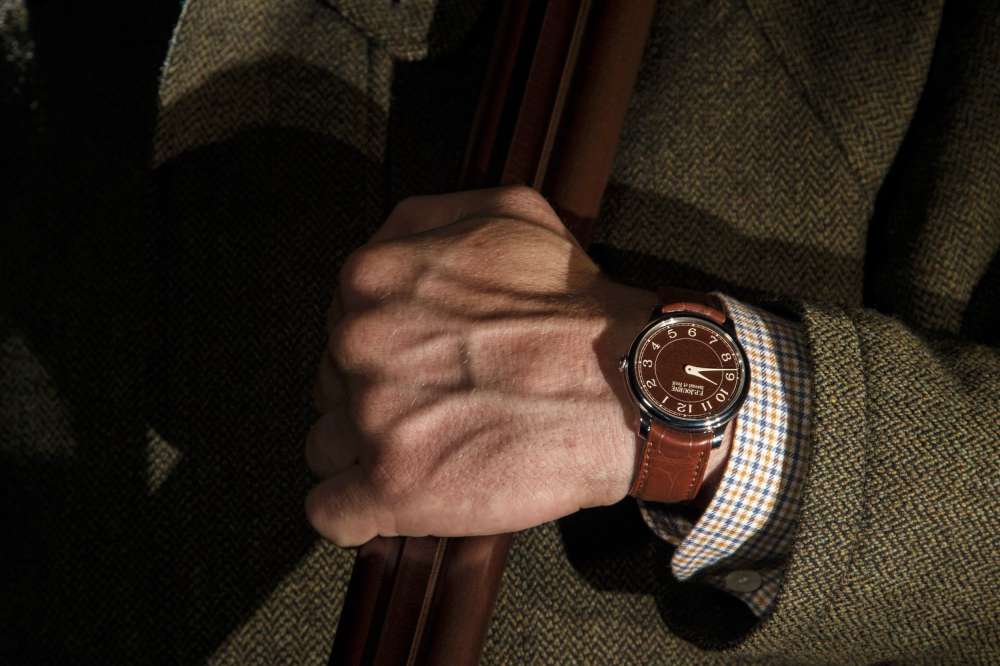 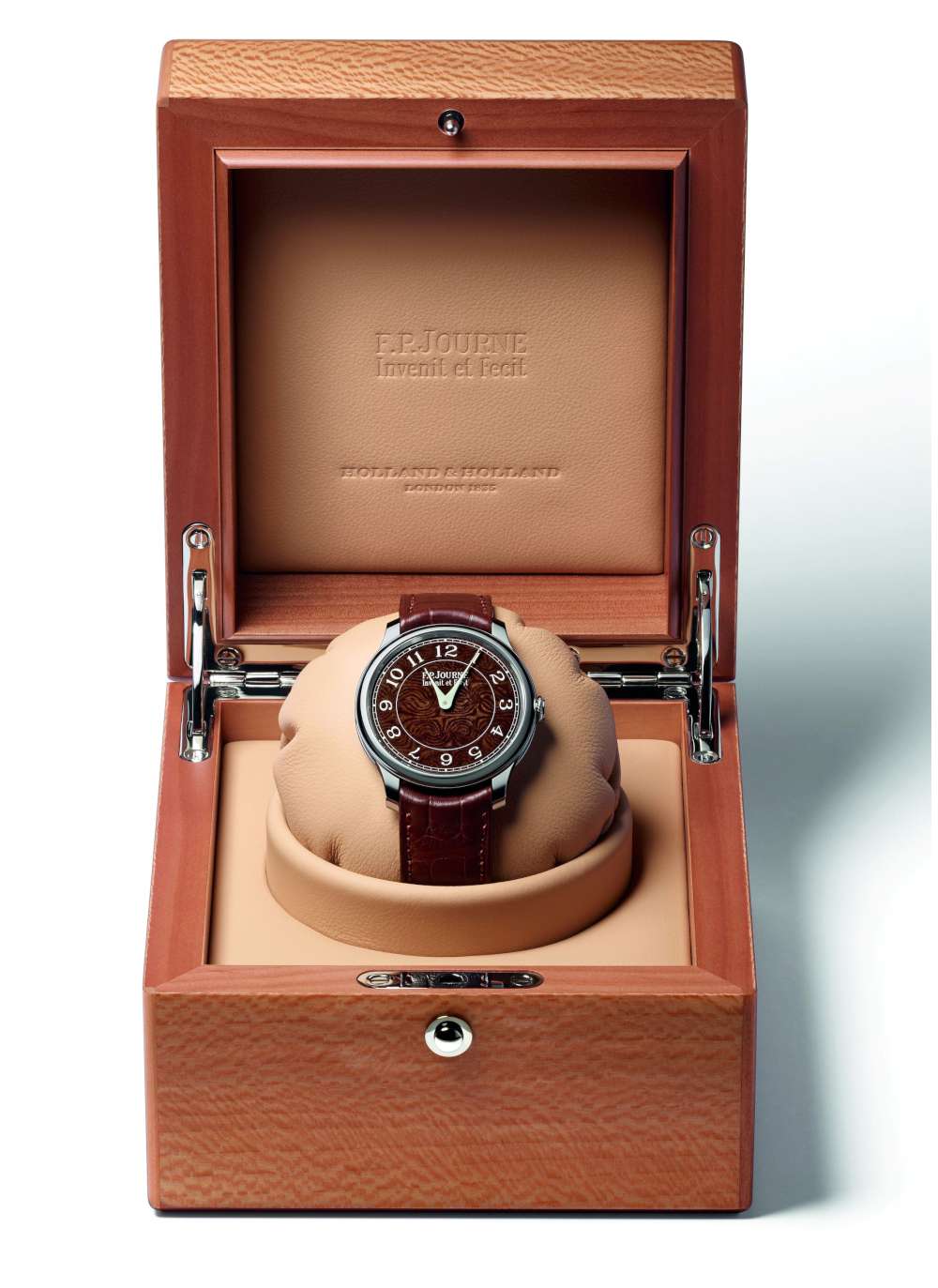