Stoic Watches is a new brand founded by Peter Speake-Marin along with two friends, a team that combines influences from Paris, London and Hong Kong. Currently Stoic World have three watches available, all hallmarked by a classic design approach, by absolutely accessible prices, and impeccable quality. We spoke to Peter about the concepts underpinning Stoic Watches. 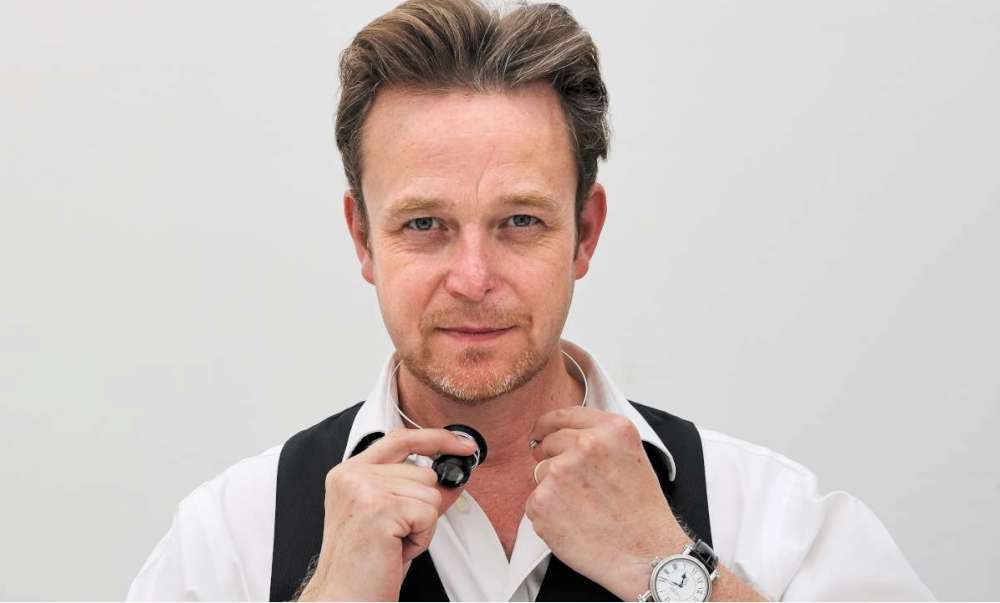 Ambrose Lancaster: Do you feel strongly about the idea of democratization in the watch industry, in other words, making mechanical watches accessible to a wider section of the public?

Peter Speake-Marin: In a sense yes, simply because for a long time, interest in horology has been waning and has become understandably brand-orientated, and often the intrinsic value of watchmaking is shadowed. In parallel, we have new generations of people and not only millennials whom have never used watches, or stopped using them due to the copious alternative in knowing the time.

A.L.: One of the three first timepieces in your new collection has a quartz movement. Was this a choice influenced by the question of final price?

P.S.M.: We wanted to introduce a quartz calibre into our collection because there are many people that prefer them due to the convenience they offer. The majority of large brands today use a quartz calibre for this reason. This Panda dialled chronograph came to mind. The numbers sold since Stoicworld.com was launched, proves that this decision was the correct one. 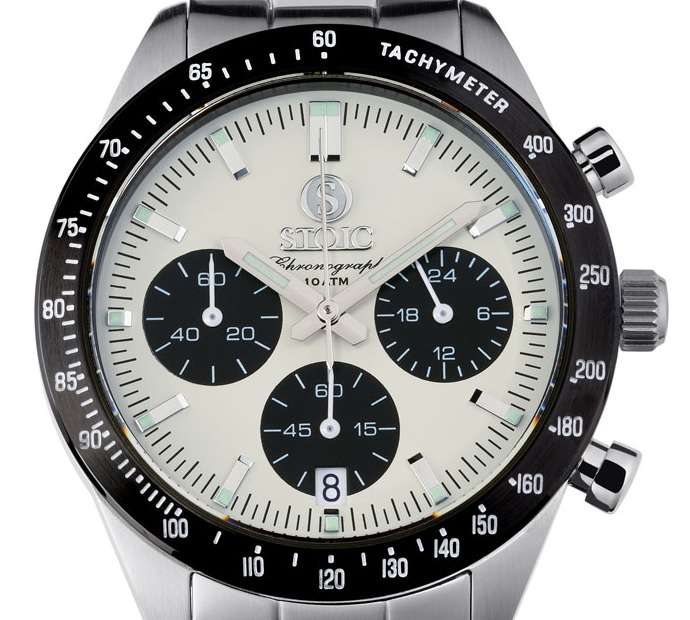 A.L.: Is there a chance that you will introduce a mechanical chronograph with an attractive price?

P.S.M.: Absolutely, in the future there will be many other models and versions.

A.L.: Could you tell me a bit more about the 100 metre water resistance. Are the crowns of the pilot’s and sport’s watches screw-down?

P.S.M.: They are not screwed down, but yes, they are 100m water resistance. Screw-down crowns tend to have a shorter life than a simple alternative, the threads effectively wear out, and our goal was to reduce the amount of eventual after-sales work to a minimum.

A.L.: Do you think that 100 metres could become a new industry standard for water resistance, making watches more practical for all-weather use?

P.S.M.: Water resistance is essential for all watches today, however in relation to standardisation of depth I have no idea.

A.L.: The pilot’s watch genre is instantly recognizable, but you have made decisions on features to retain, and others that differ from the classic layout. As a designer, what was your approach in including features such as the date window, and not having (for example) a conical crown?

P.S.M.: I wanted a design that was similar to the Smiths Pilots watches of the 1940’s, which was always a favorite of mine, hence the size of the watch in diameter and thickness as well as a conventional crown, and the case is smaller than standard examples that are manufactured today. But aligned with people’s needs today, I have often been asked to add the calendar which is why all three of the first STOIC watches have a calendar added. 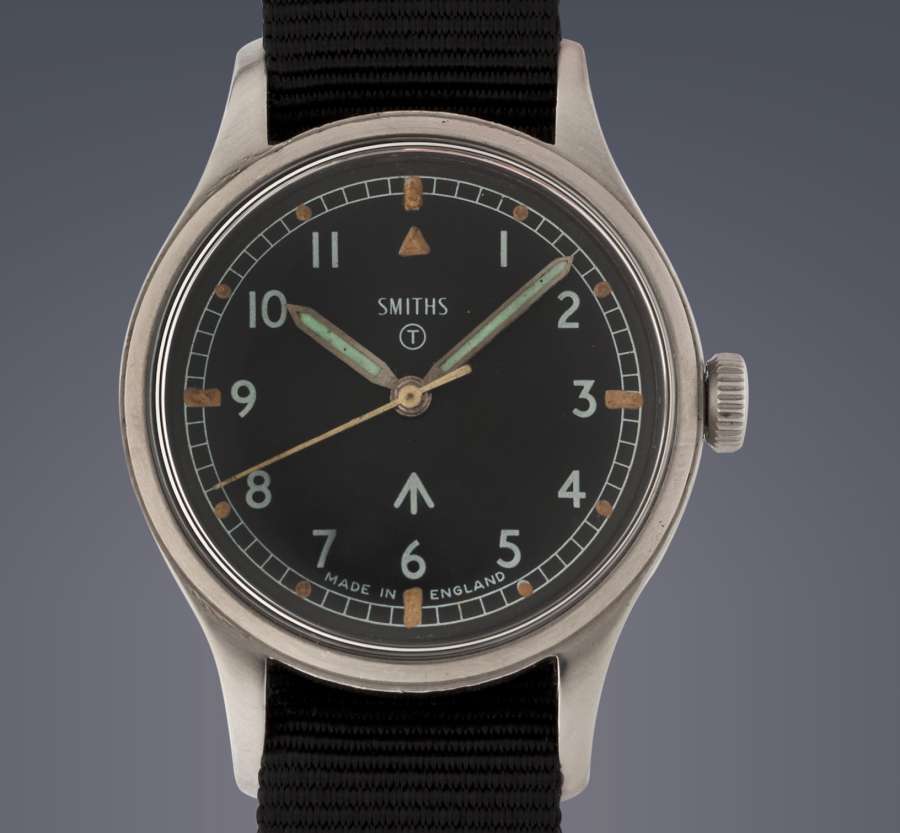 A.L.: The Seiko NH35 is tough and reliable. In your experience, to what sort of accuracy can it be regulated?

P.S.M.: The technical stipulations from Seiko Instruments are -20~+40 seconds per day under normal conditions, but this can average out to very little per day, a deviation of under 15 seconds.

A.L.: Could you tell me more about your partners in the new operation, from Hong Kong and Paris?

P.S.M.: My partners are close friends who believe sincerely in the Stoic project and the message it carries. One is a watch collector from France, the other from Hong Kong. Stoic is a brand born of a philosophy which is the element that defines and drives it. Our goal is to concentrate on it rather than us, and although I am the spokesman for the project, Stoic and its message is the relevant component in the brand, not myself.

A.L.: Your new watches incorporate philosophy in the brand name, and in the quote screen-printed onto the sapphire caseback. So it’s an important component in your project?

P.S.M.: The STOIC brand name and quote is extremely relevant to the watches, the philosophy has many components and encapsulates intelligent mature thought but for myself most importantly the value of time and the value of life. I am reminded of this every time I pick up one of the watches and place it on my wrist. Our hope is that the watches are a reminder through the brand name and the quote to the people that buy them that life is precious, this is the reason for the price point and positioning to be able to touch as many people as possible. 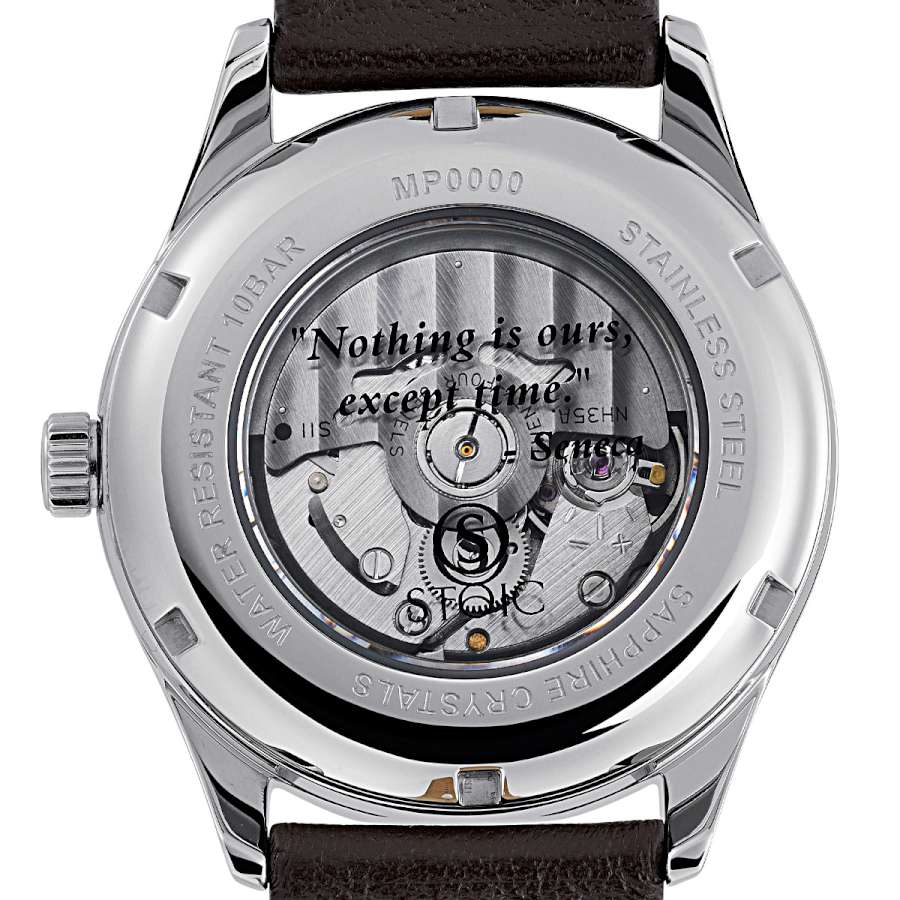 A.L.: Would you describe yourself as a stoic person?

P.S.M.: No, I am not but I would like to be, in the sense that I am often far too quick to react and emotional with things that are not important. The project and the watches are a constant reminder to me of what really matters.

A.L.: What is your own interpretation of the quote that you have chosen for the caseback, “Nothing is ours except time”?

P.S.M.: Recently I went to Hong Kong, the 9-year-old nephew of a friend asked me the same question. My answer to him was that “nothing is more important than time because time is life”, he looked at me slightly confused and said why didn’t you replace the quote with that instead, I was a little lost in trying to explain the value of Seneca, but he had a point!

Update September 2021: Stoic World watches is currently on hold, and Peter Speake is engaged primarily with his website The Naked Watchmaker.