The Breitling AVI Ref. 765 1953 Re-Edition is a beautiful pilot’s watch, a loving tribute to a classic chronograph. Back in the 1950s and then in the following decades, the AVI Ref. 765 was perhaps overshadowed by the Navitimer, but it was nonetheless a successful watch, with its practical bi-directional rotating bezel and the super-legible dial. The Re-Edition is amazingly accurate, just a touch larger, and with shorter fifth-second markings on the outer scale. The colour of the hand-applied lume was carefully chosen to reinforce the vintage appearance. In short, it’s all that a re-edition should be. 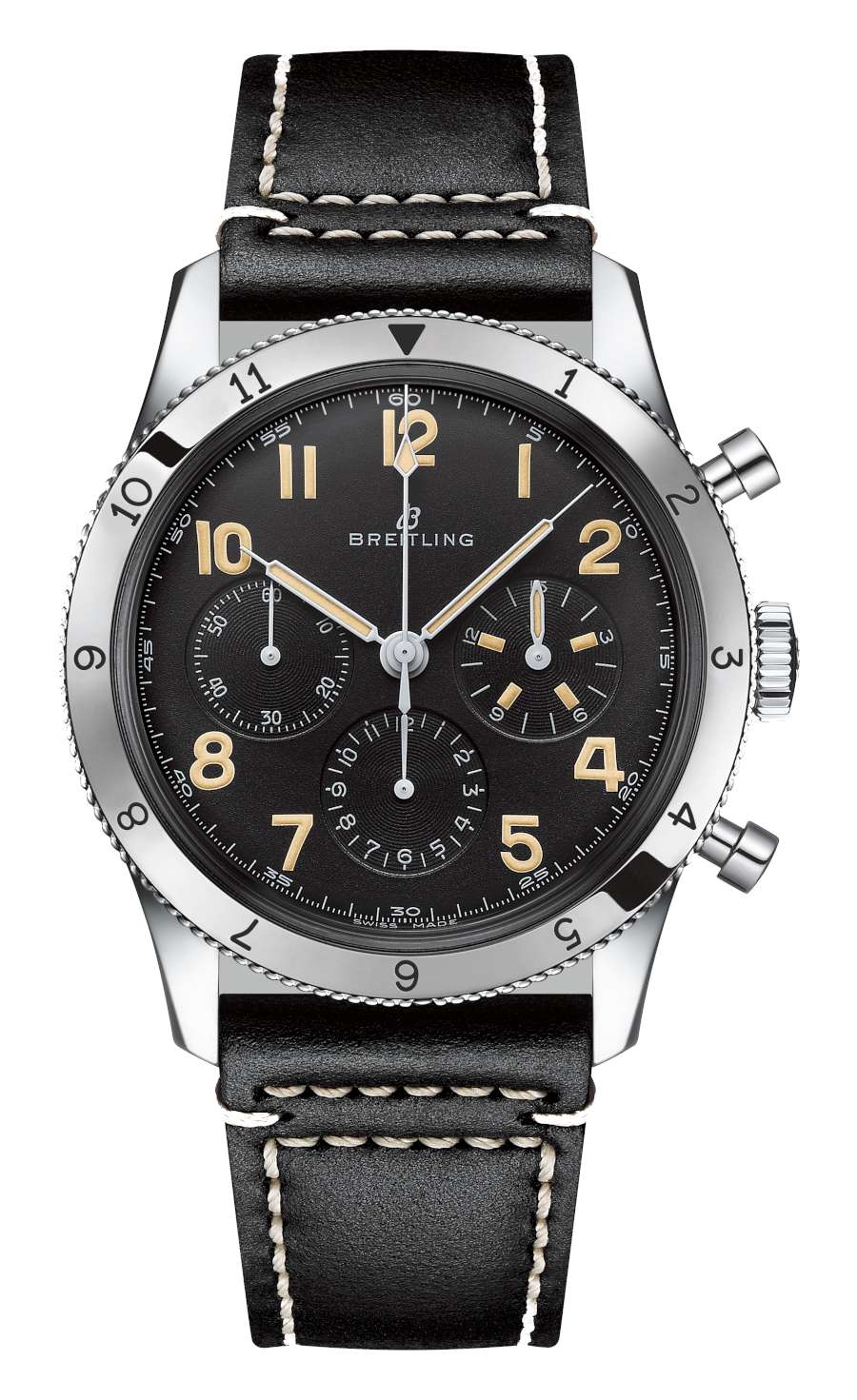 The dial and those 3-minute marks

The dial is interesting because the 15-minute counter, whose indices and hand are also coated in luminescent paint, is divided into 3-minute units. This is a feature that appears on several watches from the 1950s (for example, the Blancpain Air Command), and there are several possible explanations. Breitling say that in the 1950s, this counter was useful for pilots during their final plane check “that should not exceed fifteen minutes” (from the Breitling press release). I’d love to know more. Another possibility is that a 6-minute interval between fixes on a chart is useful because it is one-tenth of an hour, and so if you measure the distance covered, you just have to multiply by 10 to get the speed (for example, 13.5 miles covered in 6 minutes becomes 135 knots). If you use a three-minute interval, you just have to double the figure and multiply by ten. The third theory is that in the 1950s, long-distance phone calls were charged in three-minute units.

The other dial features are a good match to the original, with the same syringe-style hands and the same numeral design, which was in turn based on cockpit dashboard clocks made by the Breitling Huit Aviation Department in the 1930s and ‘40s. 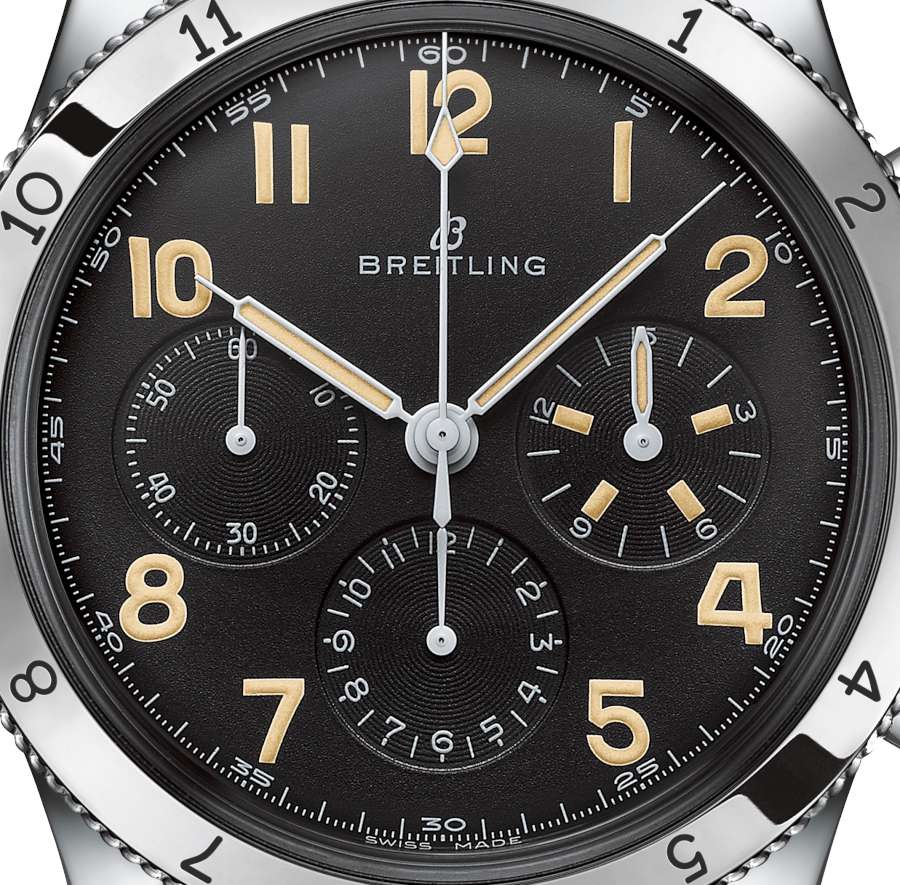 The case is in stainless steel (the re-edition includes versions with gold and platinum cases). The watch is 41 mm in diameter and just under 14 mm thick, has a steel screw-down caseback, a non-screw-locked crown, and a standard water resistance of 3 bars (which is in any case better than the 1953 original). The hesalite domed watchglass is a good match to the original. 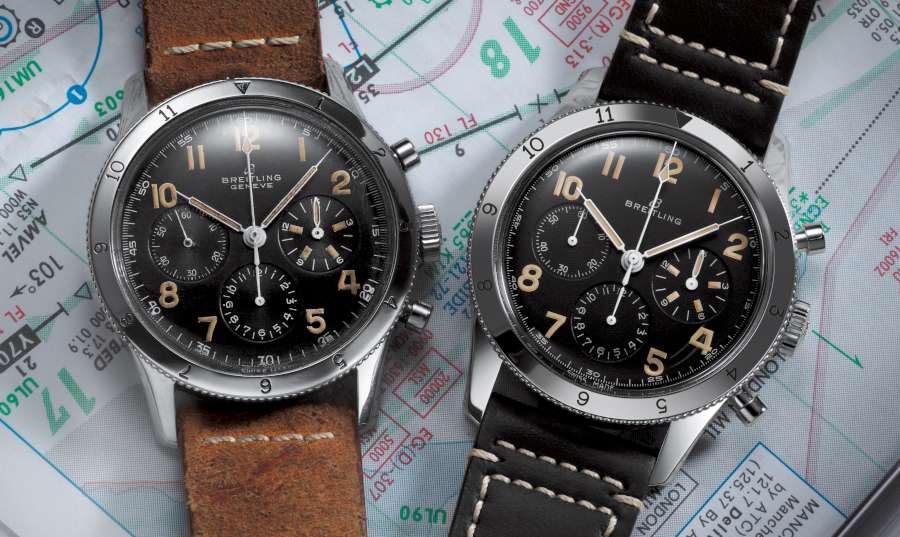 The original 1953 version is on the left, the new watch on the right

The strap is in black leather with contrasting stitching and a pin buckle chosen to reinforce the 1950s look. The yellow lining is of course a contemporary feature. The colour has long been part of the brand image but with the arrival of Georges Kern as CEO, it has become part of the marketing plan. Just like what he did with orange at IWC. 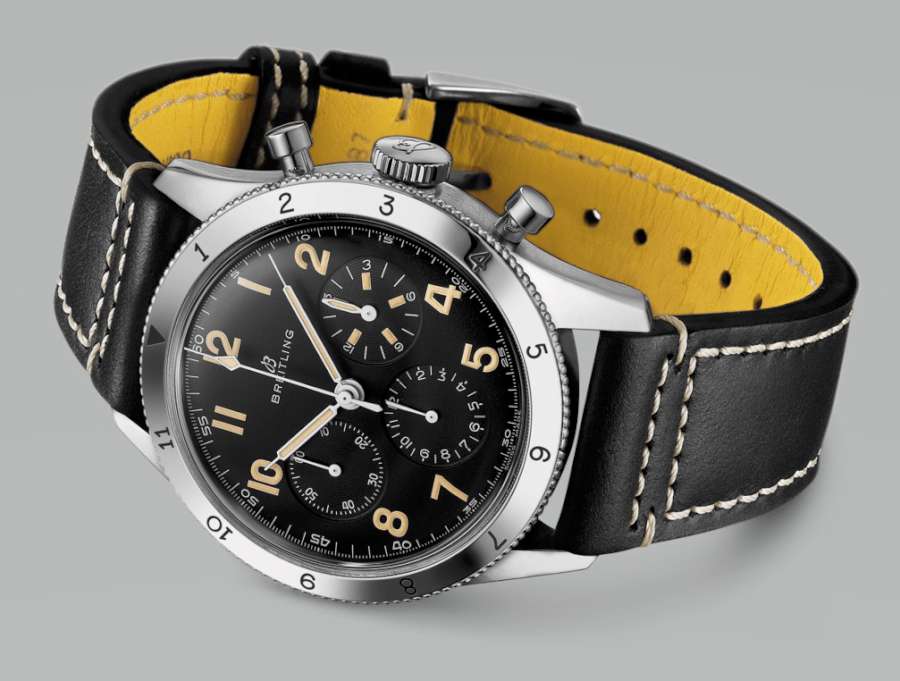 The Breitling AVI Ref. 765 1953 Re-Edition is powered by the Breitling Calibre B09, an in-house hand-wound chronograph movement based on the brand’s Calibre 01. It runs at 28,800 vibrations per hour, 4 Hertz, and provides a 70-hour power reserve. The chronograph function is controlled by a column wheel and vertical clutch for smooth and reliable pusher operation. The movement is chronometer-certified by COSC. 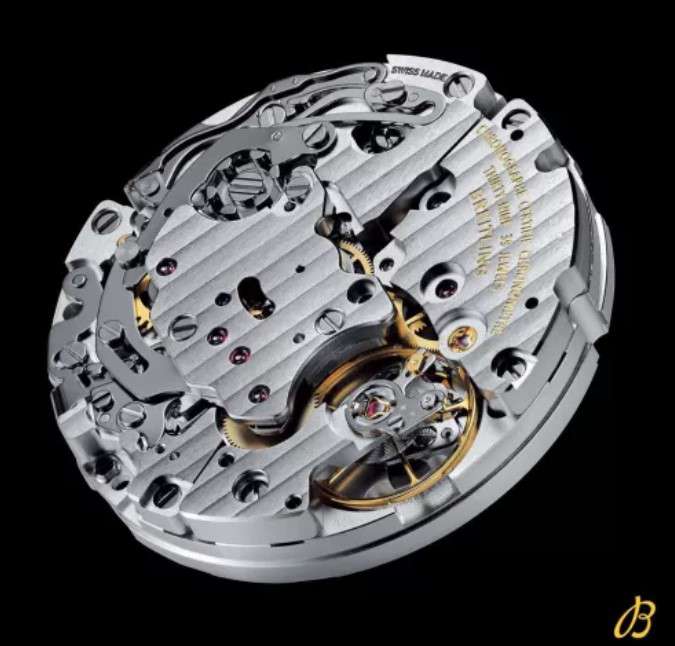 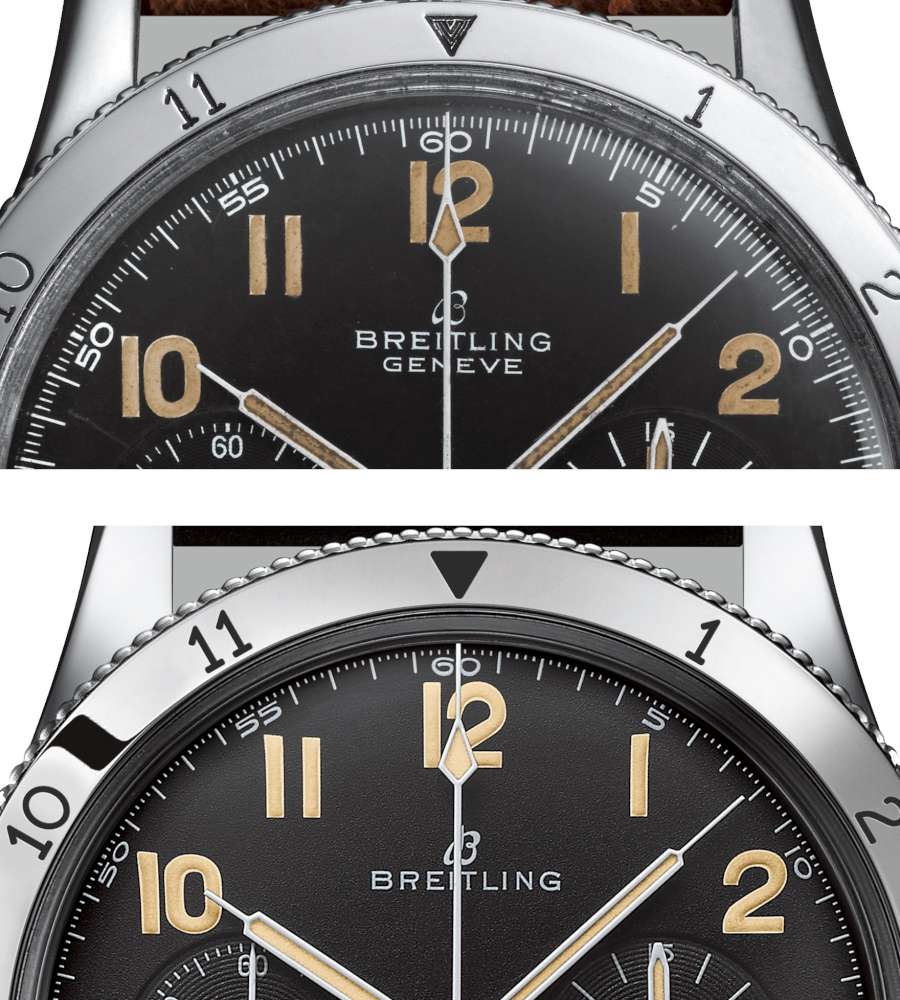 Tiny differences between the 1953 original (top) and the re-edition.

There is a small difference in the seconds scale as already mentioned, but it is complete and so entirely functional. The “Geneve” lettering under the brand name that appeared on the original has been omitted. Breitling was founded in St. Imier, then it moved to La Chaux-de-Fonds. In 1952 it opened a new headquarters in Geneva (6, Place du Molard), moving to 26, rue Adrien-Lachenal in the 1960s. The company closed definitively in December 1978, and it moved to Grenchen when it was relaunched in 1982. 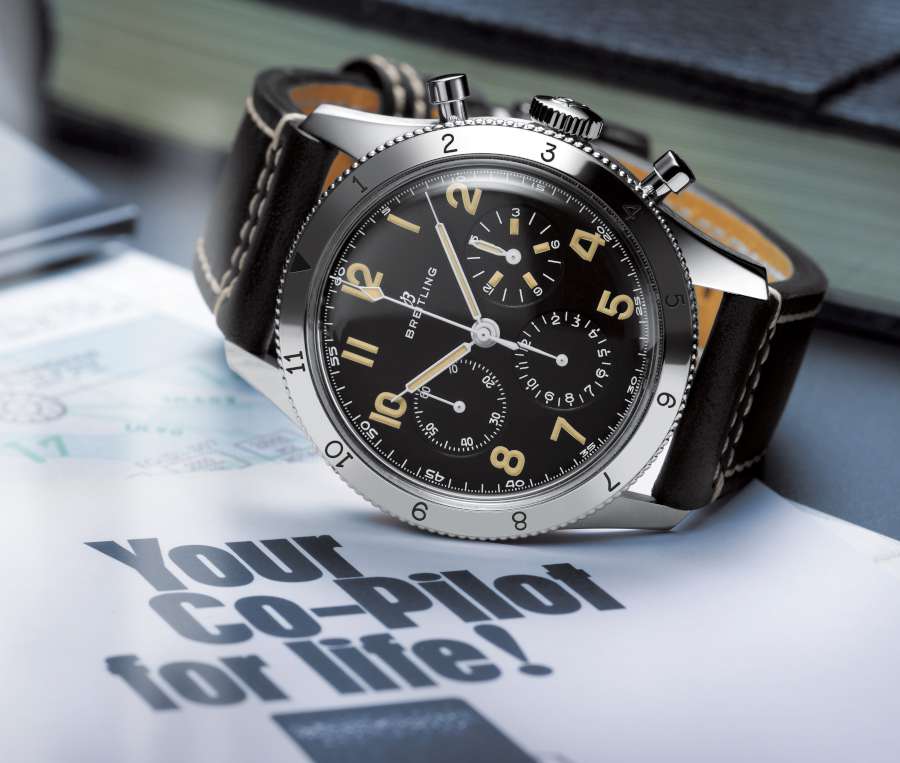