Fumagazzi (“since 2020”, as they proudly proclaim on their business card) is an unusual Italian watch brand, created almost by chance, and with a website designed more to make you laugh than to sell watches. They could be described as the Monty Python of Italian watchmaking. I have tried to translate a few excerpts just to give you an idea. 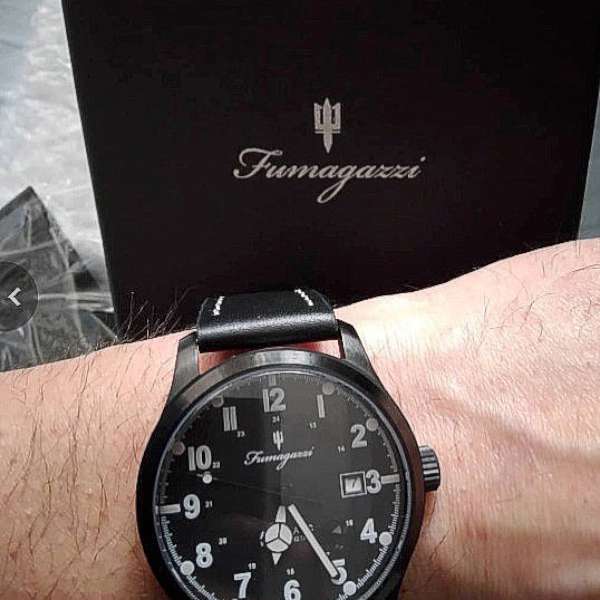 The origin of Fumagazzi watches

“Where are we going? Who knows? Probably we will conquer the World (or at least the world of watches). But on this occasion perhaps it would be better to tell you that everything started with a humorous radio programme called Zoo 105, with Paolo Noise and Marco Mazzoli, with the ambition of creating a parody of 1980’s adverts. This led to the slogan “Orologi Fumagazzi, solo per bravi Ragazzi” (Fumagazzi watches, only for nice kids). A couple of lunatic fans of 105 Zoo had the idea of putting a website called fumagazzi.it online just for the fun of it, and in a night of coffee and cold pizza (actually that’s not true but it’s essential for the legend), the Fumagazzi Brothers site emitted its first frankensteinian wail, and the next day the guys at Zoo 105 presented it in tribute to the sky in Lion King style, and the rest, as they say, is history. Or was it mystery? Perhaps dystrophy…” 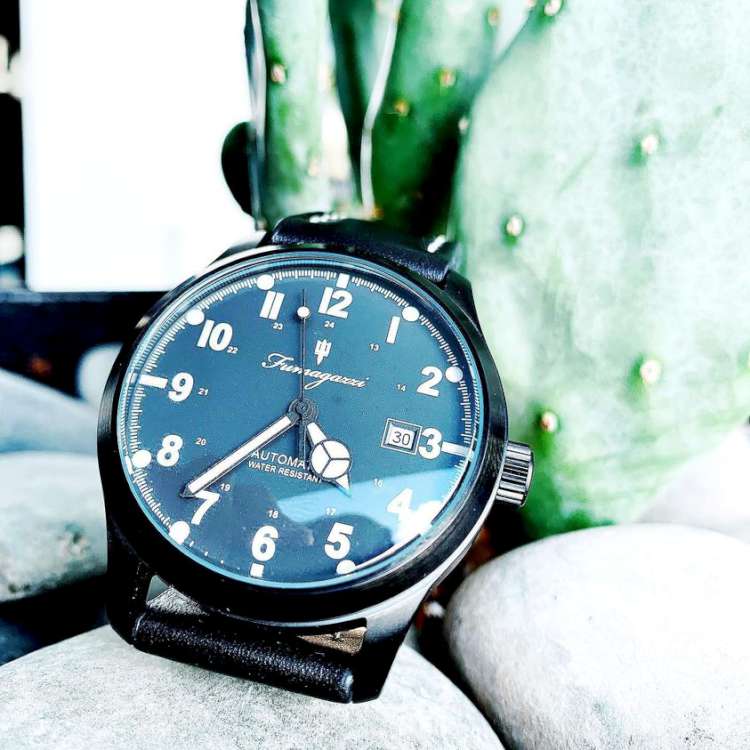 “At the end of the day, we are just a gang of crazy people who met more or less by chance, through a stroke of genius, or an incredible fluke, or perhaps it was destiny. Who knows.

“Where are we? We are everywhere. Some in Emerald City, some in the Galapagos, some in central Milan where dining out costs as much as a Fumagazzi Centocambiali, basically we’re like Gorillaz, we never meet, but we make Fumagazzi watches… this is genuinely watchmaking 4.0, perhaps even 5!”

They have a FAQ section, and letters from their potential customers: “Dear Mr/Ms Fumagazzi, before purchasing the watch as a gift for my cat, I would like to be reassured from the ethical point of view. Are your products tested on animals?”, to which Orologi Fumagazzi replies, “Oh yes, on Eddy Stone, but he was a virtual animal and so doesn’t count, and on Francis the talking mule who was quite good at reading the time. Notwithstanding our frantic research, we couldn’t find a dodo on which to test it. We didn’t get any feedback from the gastropod family, but apparently the snails were annoyed about the fact that they don’t have wrists.”

They seem to sell watches online, with very politically incorrect names, and they describe their e-boutique as follows (my translation of the original Italian text): “Illustrious friend! Welcome to our humble electronic corner-shop. Right until the last moment we were unsure whether to accept filthy lucre in exchange for our rare and coveted jewels, but eventually our worthy Master of Coin, Mr. Ebenezer Scrooge, told us that receiving pieces of gold or silver, souls and kidneys was not really practical, and so we regretfully inform you that in return for our temporal treasures we can accept only swipes from your prestigious gold and platinum-coloured squares of plastic.”

They have a lot of watches in their catalogue, and a lot of them are quartz. But there are a few mechanical timepieces, including the Fumagazzi Vampiro and the Fumagazzi CentoCambiali chronograph. The Vampiro has a vaguely pilot’s watch look to it, with a curious assortment of hands, bold numerals and a black dial. It is 41 mm in diameter, 14 mm thick, and inside it is powered by a Miyota 8215 movement. It costs €209. 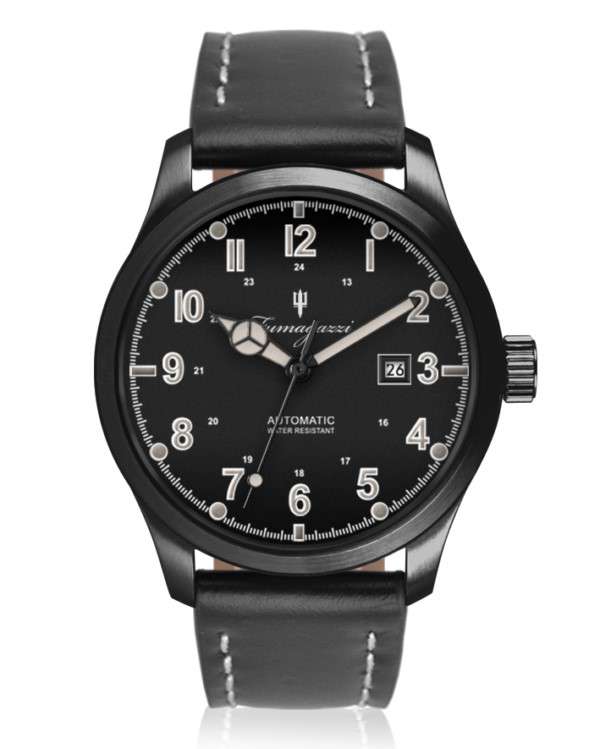 CentoCambiali (a hundred cheques) is so-named because it is the highest-priced of their watches and contains a Swiss-made movement, the Valjoux 7750, in a very large 47 mm-diameter case, 16 mm thick. The size of the watch provides a lot of empty space inside the case (and presumably one of the longest winding stems ever made) and also offers loads of blank area at the edge of the dial for the giant numerals. In actual fact, as chronos with Swiss movements go, the price is super-honest at €1,499. 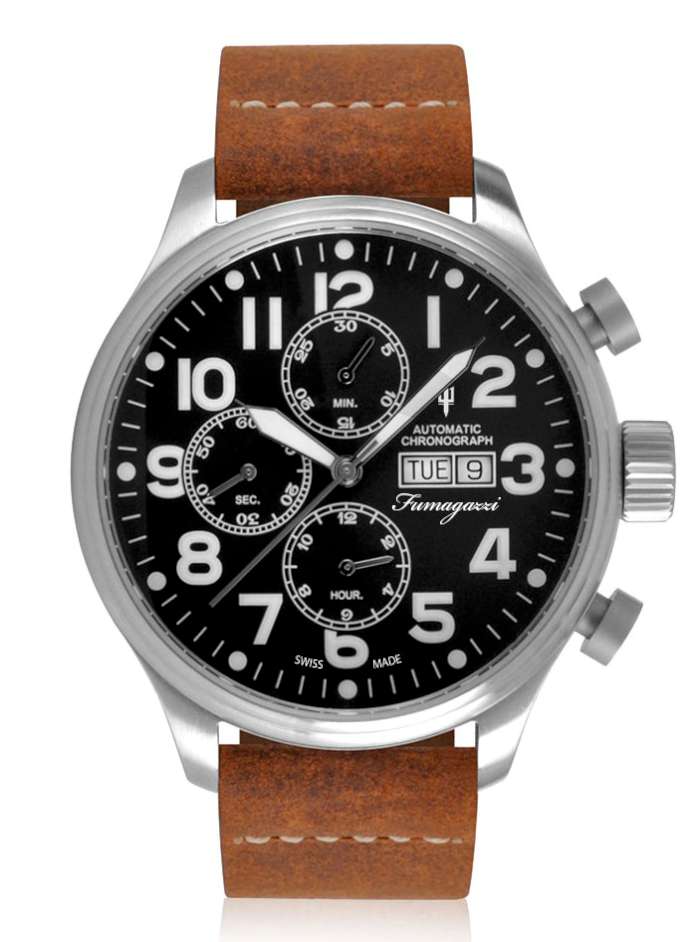 I discovered the brand at the show Watches of Italy. If you can read Italian, you’ll have fun on the Fumagazzi.it website. And, just in case you were wondering, Fumagazzi watches are also certified as gluten-free.