Are you looking for a low-priced chronograph? The DS Chronograph Automatic by Certina is an attractive bicompax chronograph with a telemeter scale, in addition to the more usual tachymeter. €1,920 (CHF 1,890) is a fair price for a Swiss-made watch with a state-of-the-art ETA movement and a heritage design concept. 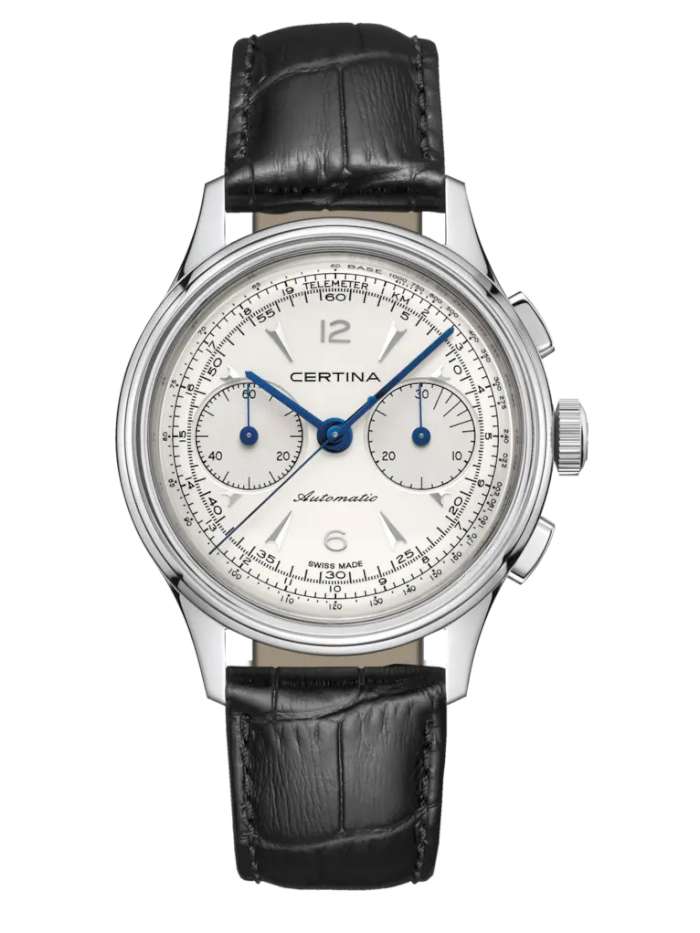 It is a classical chronograph, based on an earlier Certina model, and so it has applied numerals and indices, blued hands and no SuperLumiNova. It is moderately sized at 42 mm diameter and 13.9 mm thickness. It is much larger than the historic original, as the photo below shows. The case is in 316L stainless steel, with an engraved caseback and a domed sapphire dial. Water resistance is 10 bar, 100 metres. The dial and hands are also slightly curved, another classical feature. 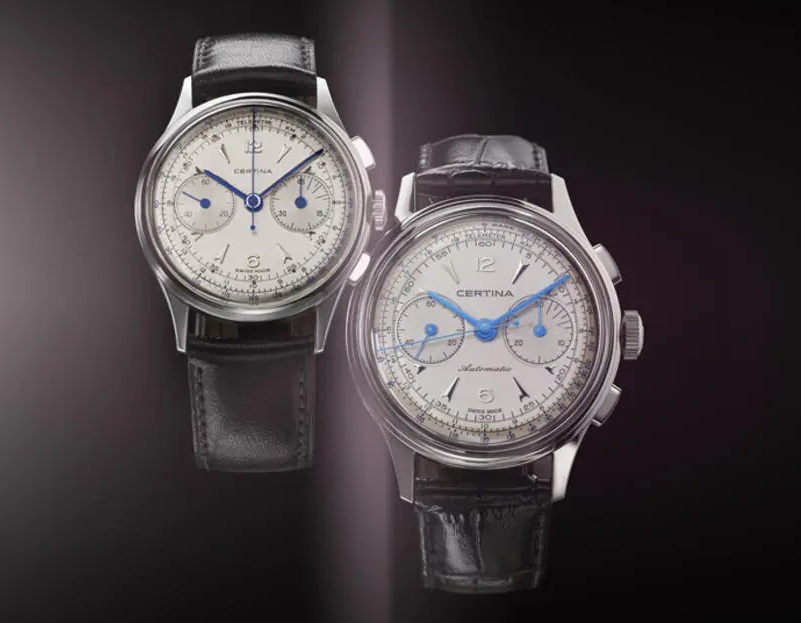 How to use a telemeter scale

The telemeter scale is more useful than the usual tachymetric scale, particularly if you are at sea on a boat or in the mountains, and you want to gauge how far off a storm is by starting the chronometer when you see a flash of lightning and stopping it when you hear the thunder. In military applications it was used to find the distance of a gun, using the muzzle flash and the sound of the shot as the two references. In this watch, the tachymeter is right at the edge of the dial, with the telemetric scale inside that, and then the seconds scale subdivided into fifths of a second. The chronograph second hand is long and narrow for optimum legibility. 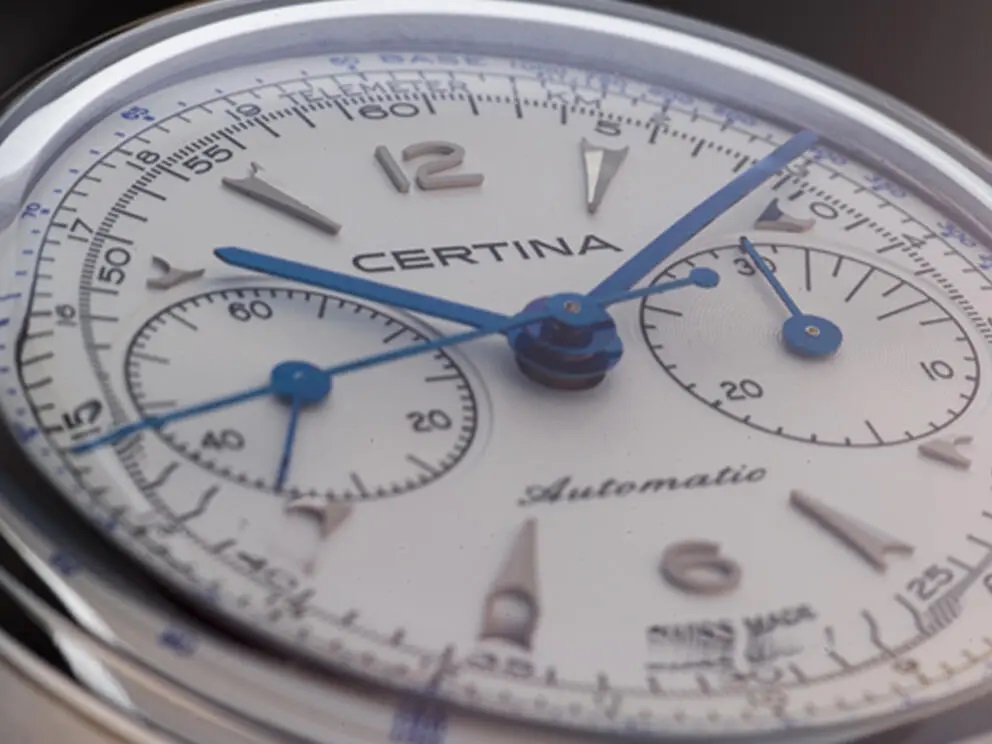 Why are there longer indices for 2, 4 and 6 minutes?

The DS Chronograph Automatic also preserves another feature typical of classical chronographs: the differentiated markings on the chronograph minutes scale. On aviation chronographs, these generally are at the 3, 6 and 9-minute marks (an example is provided by the Blancpain Air Command pilot’s chronograph). One explanation could be linked to navigational calculations: a 6-minute interval between fixes is convenient for converting distance to speed made good because the multiplier is 10; e.g. 1.35 miles in 6 minutes equals 1.35 x 10 or 13.5 knots. In everyday life, 6 minutes is useful because it is the time needed for a soft-boiled egg, 6 minutes in boiling water. But I’m sure that someone knows better. Just let me know in the comments. 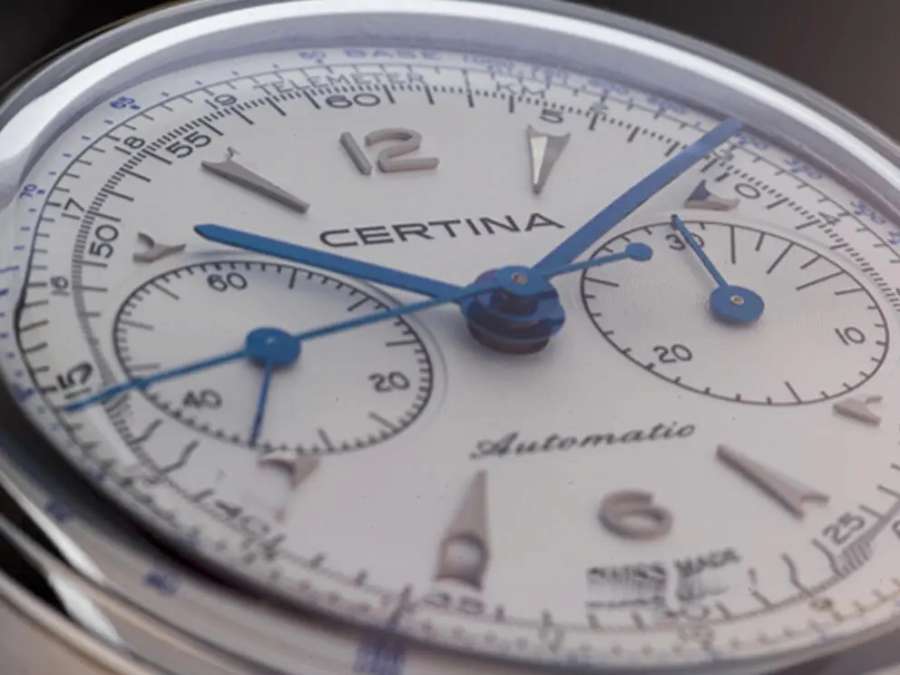 The A05.H31 automatic movement, made by ETA, is an update of the classic Valjoux 7753 calibre, with minute counter at 3 o’clock and small seconds at 9. It normally provides the date but Certina have not used this function for coherence with the historic inspiration for this watch. The calibre runs at 4 Hertz and provides a 60-hour power reserve. It has a silicon balance spring, which offers some advantages with respect to the classic steel alloys, in that it has better shock resistance, it is unaffected by magnetism, and so it improves timekeeping accuracy and stability. 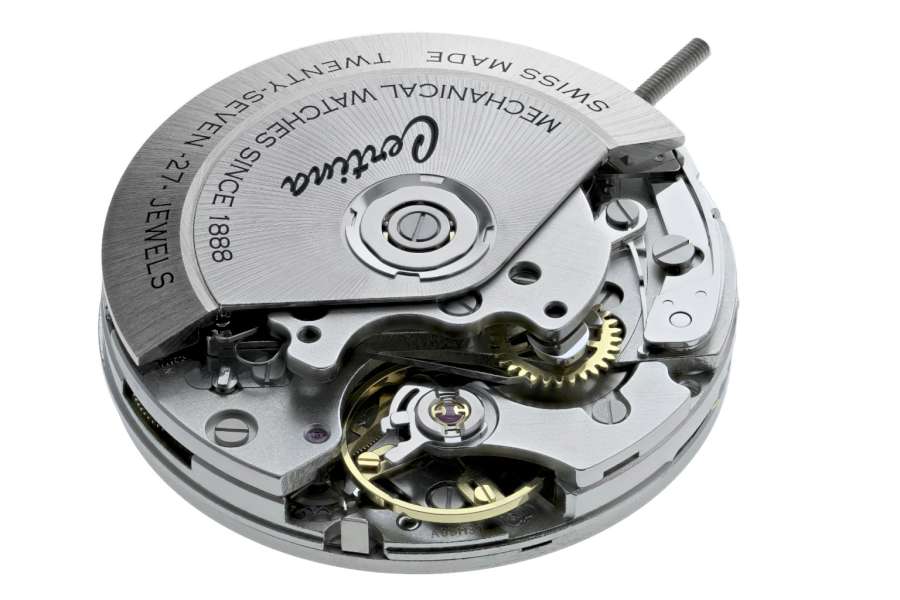 The solid caseback has an engraving featuring the historic double-C Certina logo, which also appears on the crown. 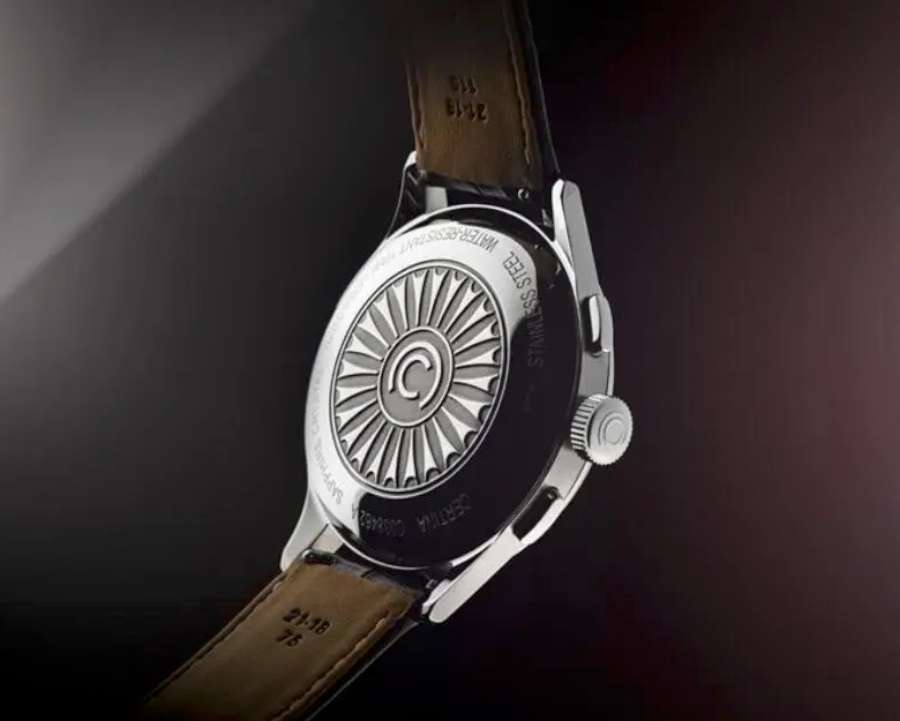 The Certina DS Chronograph Automatic ref. C038.462.16.037.00 costs €1,920 (CHF 1,890), and it is available in retail outlets in many countries but with some significant exceptions such as Italy and the United States. Certina don’t have an e-boutique. Read more on the Certina website, where there is also a Certina store locator.