The Z Series Automatic Mechanical Skeleton Wristwatch by CIGA Design continues the story initiated by the Full Hollow wristwatch. The designer Zhang Jianming has used the close relationship with Chinese movement manufacturer SeaGull to create a calibre perfectly suited to the tonneau case. 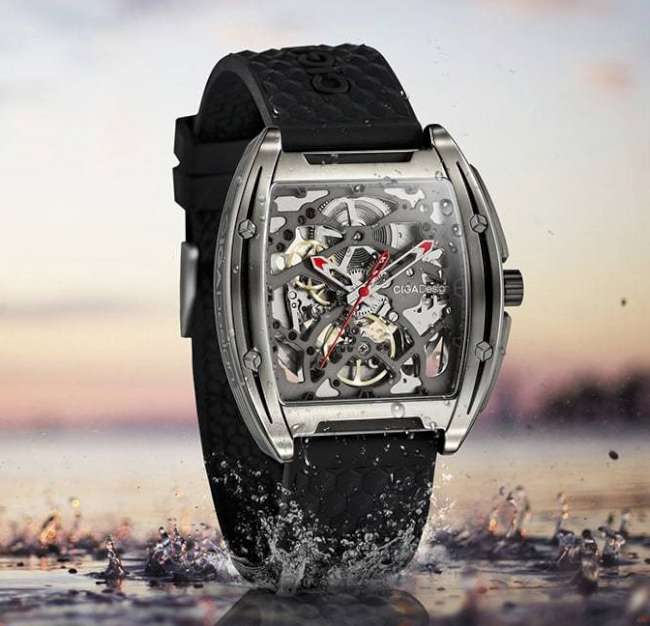 From the front, the case and its largely symmetrical system of bridges recall watches by Franck Muller and Richard Mille, though at different levels of price and refinement. While these two Swiss brands make watches costing tens or hundreds of thousands, the CIGA Design Z Series watches start from about €212.

The case, 40.8 mm in width by 48 mm height, thickness 12.3 mm, is nicely engineered, with a skeletonized structure, curving vertical slots at the sides, with interesting hexagonal screws. The brand name on the side of the case is rather large but as that part of the watch is generally under the jacket cuff, it’s not too excessive. 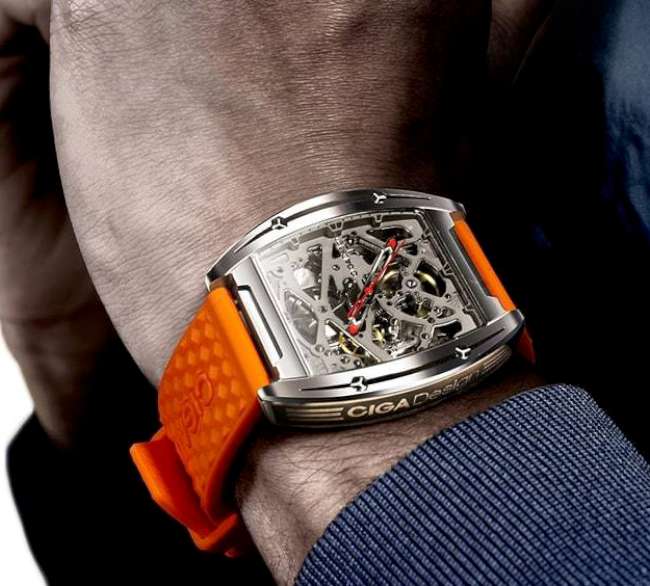 The crown on the other side is flanked by two protectors that almost resemble pushers. The watch is available in stainless steel, titanium, and black DLC versions. They all look good and work well with the colourful silicone straps, which are user-friendly with quick-change spring bar. The straps are available in red, blue and black. Water resistance is 3 atm, 30 metres, rain and splash-resistant only. 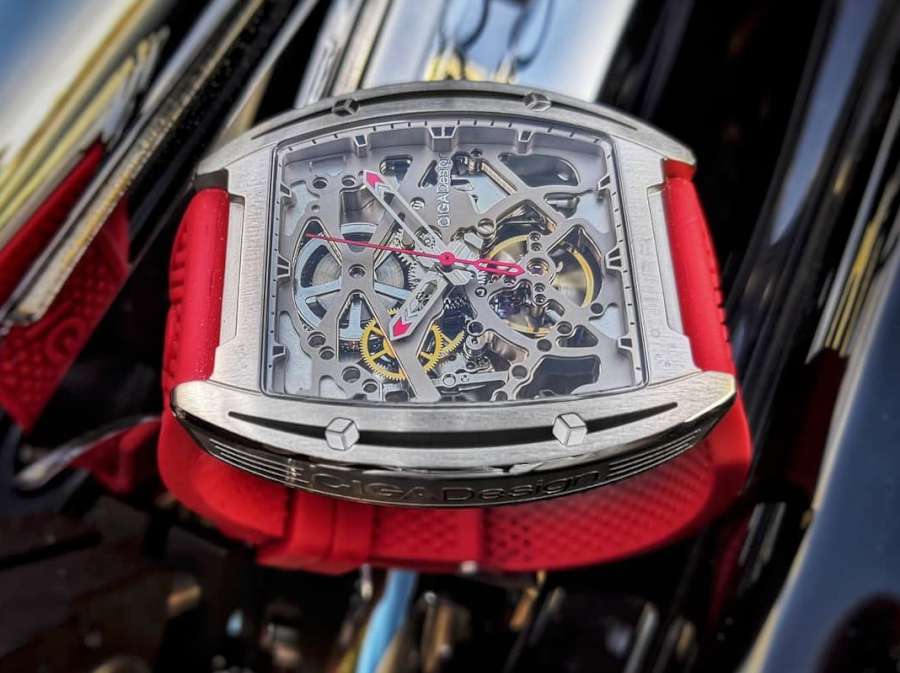 The caseback view is dominated by the rotor. It would be really good to see a manual-wind version that would reveal more of the movement and perhaps bring it closer to the dazzling skeleton engineering by Cartier. Or perhaps, like the Cartier Automatic Skeleton, it could simply have a skeletonized rotor leaving more of the movement in view. 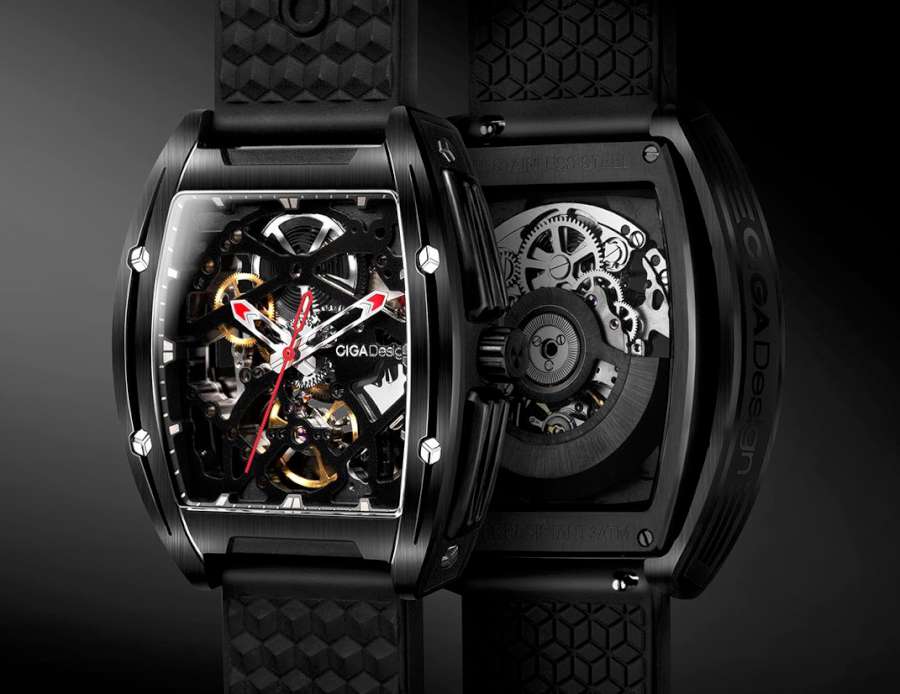 It’s all about appearance

Like the Full Hollow watch, the CIGA Design Z Series watches are not all that practical for reading the time, particularly in low light conditions. There is no SuperLumiNova on the hands or the hour indicators. But, just like the the Full Hollow, this is a watch designed to look cool and to offer the engineering-style fascination of a skeletonized movement. 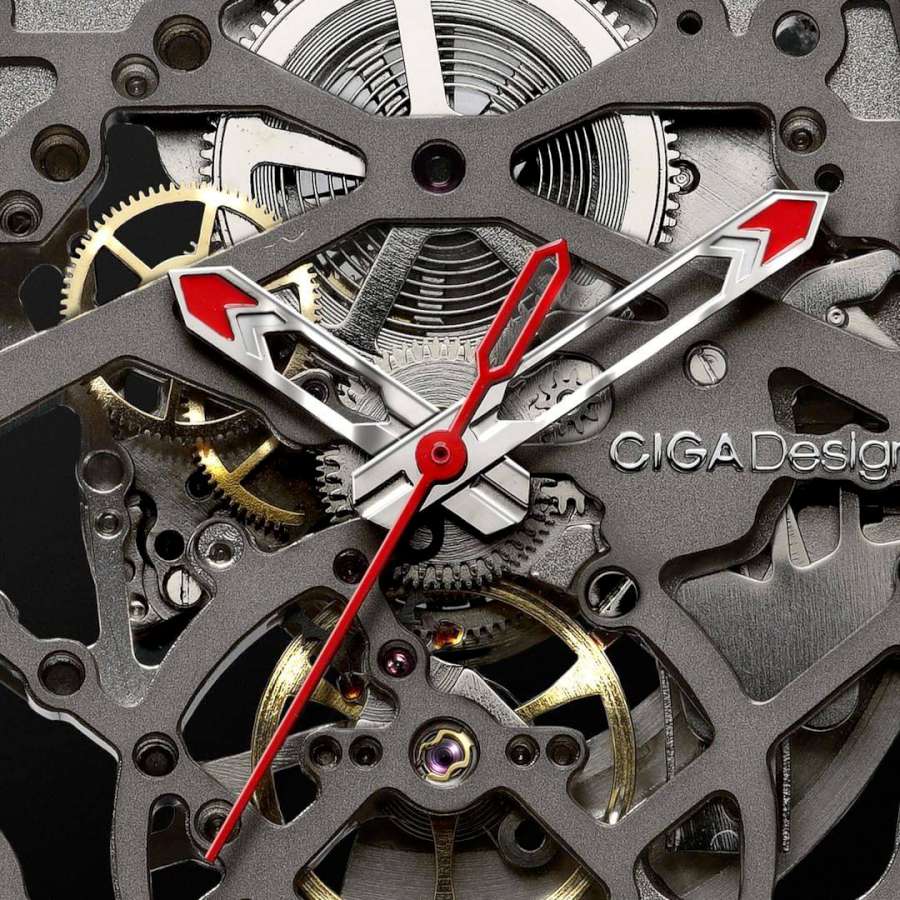 The ST2553JK movement is made in China by SeaGull, with 25 jewels, running at 21,600 vibrations per hour (3 Hertz) and providing 40 hours power reserve. Some customers noted that the rotor produces an audible sound while rotating, but none of them have commented negatively. It is perhaps a characteristic of the watch, rather like the audible buzz of the Roger Dubuis Excalibur Quatuor’s four balance wheels.

CIGA Design have reacted to user comments regarding the difficulty of using the watch in the dark, and created the Aircraft Carrier Automatic Mechanical Skeleton Wristwatch. In this piece, the hour markers are coated in lume, and likewise the hands, which are shaped like a jet fighter aircraft (hour hand) and a missile (minutes hand). The knurled crown expresses the pilot’s watch heritage, the case has been redesigned, and the straps have imagery recalling the flight deck of an aircraft carrier. It may not be to everybody’s taste, but it’s an interesting concept. And the SuperLumiNova gives it extra character in the dark. This piece costs about €320. 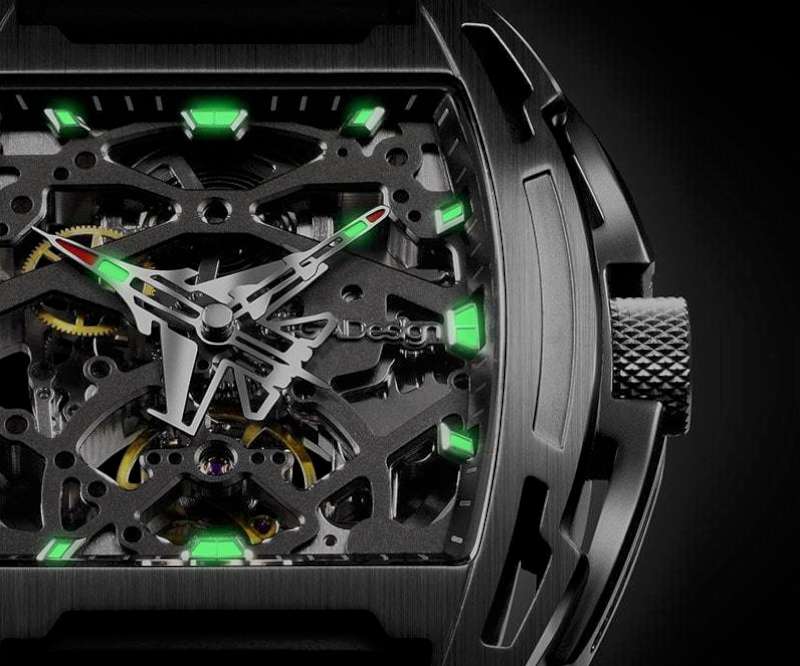