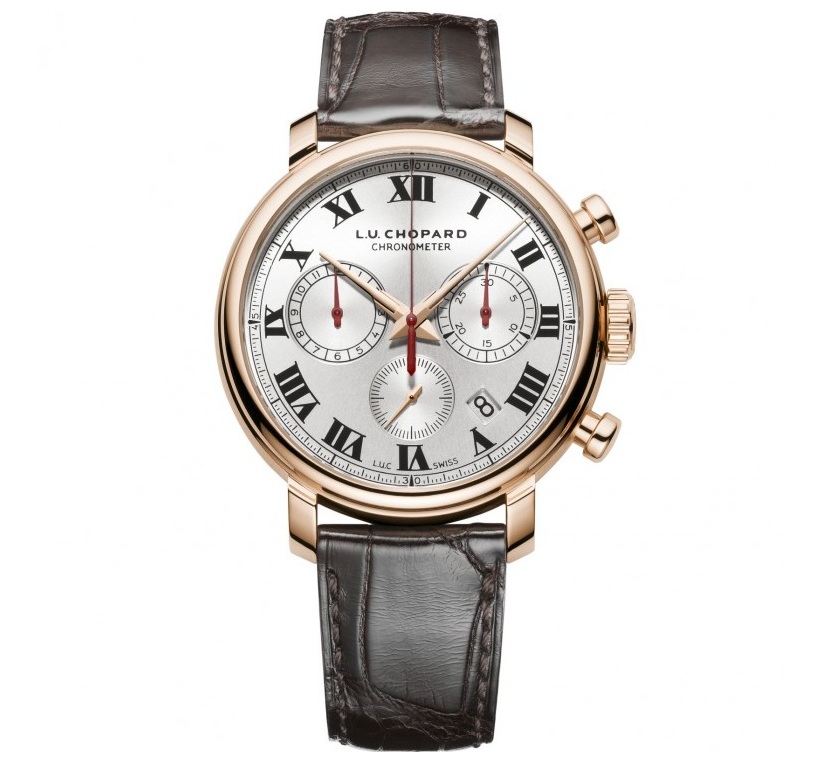 The Chopard L.U.C. 1963 Chronograph (reference 161964-5001) is one of the entries in the Grand Prix d’Horlogerie de Genève, and this limited-edition piece was presented at Baselworld 2014. It’s an attractive watch, with a 42-mm-diameter case, 11.5 mm in thickness, in pink gold with silver dial, and chunky Roman numerals. A sporty touch is added by the red chronograph hands, so on the central sweep seconds, and the two subdials at 3 o’clock and 9 o’clock, for minutes and hours. The second hand is read from the chapter ring, on which each second division has four subdivisions, quarter seconds, 250 milliseconds. It strikes me as being one of those curious coincidences that seem so perfect that they could not be coincidences, namely the fact that human reaction time is about 250 milliseconds, and so in a way, this sort of chronograph reaches perfection with quarter-second graduations. Attempts to attain greater accuracy are more theatrical than functional.

The watch dial has a vintage feel, but the pink gold case is perfectly in line with contemporary tastes, and case, bezel and lugs are given greater interest by the contrast between bright and satin gold finish. The crown is large and relatively narrow, with the letters L.U.C. in relief. The only thing that I would have done differently on the dial is the date window, between 4 and 5 o’clock. I think that the watch would look better without it, but that’s just me, and of course a date window is a standard part of just about any watch. My eyes aren’t what they used to be and so I never actually use the date indication on my watches anyway. Here is the watch as it actually is (left) and what it would look like without the date window: 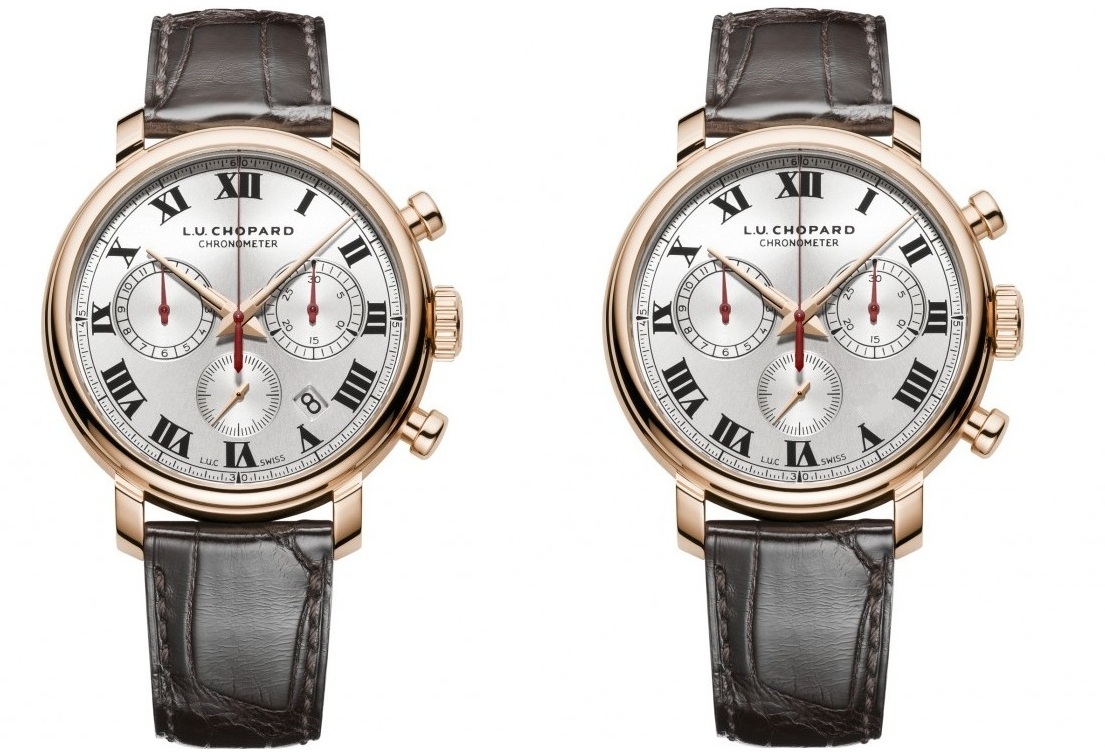 The in-house L.U.C. 03.07-L calibre is a hand-wound flyback chronograph movement with column wheel and vertical clutch. The view of the movement through the sapphire caseback is exceptional, with three principal finishes: circular perlage on the gold base plate, straight graining on the chronograph levers, and Côtes de Genève on the bridges. The column wheel can be seen near the lower pusher. Power reserve is 60 hours. It has the Geneva seal and COSC chronometer certification. The U.S. price of the watch is $44,440, so about €34,800.

The watch is limited to 50 pieces, and it celebrates the 50 years that the Scheufele family have been at the head of Chopard – since 1963, hence the name. The brand dates back to 1860, when Louis-Ulysse Chopard (the L.U.C. in the name of this watch’s movement and reference) set up his watchmaking workshop. In 1963 Louis-Ulysse’s grandson Paul André met Karl Scheufele, whose family had a long tradition of jewellery and watchmaking in Pforzheim, Germany, and as Paul André’s children didn’t want to be involved in watchmaking, he sold the company to Scheufele. Today, the company is still independent, with Karl and his wife Karin still active, and their two children Caroline Scheufele managing the women’s collection and high jewellery, and Karl-Friedrich Scheufele running men’s collections. The company is based in Meyrin, Geneva, with a movement atelier in Fleurier that opened in 1996. In 2006 Chopard opened the L.U.CEUM, a museum in Fleurier presenting watchmaking masterpieces from all over Europe, including the earliest pocket watch by Louis-Ulysse Chopard dating back to 1860. 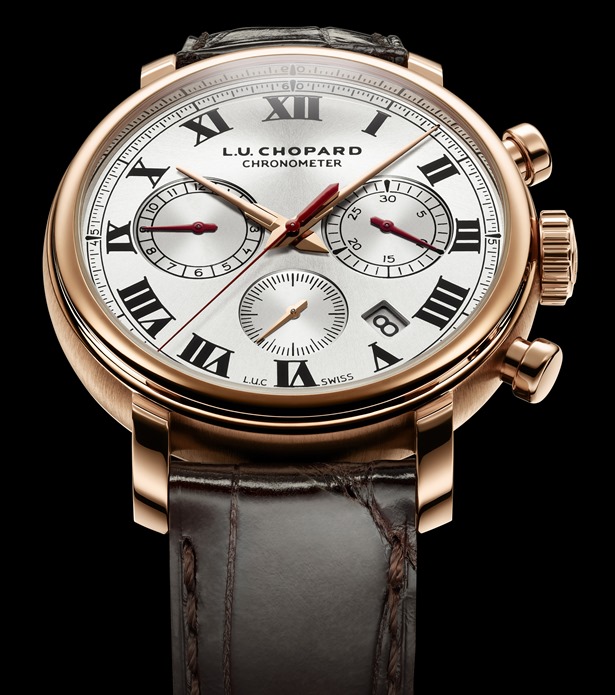 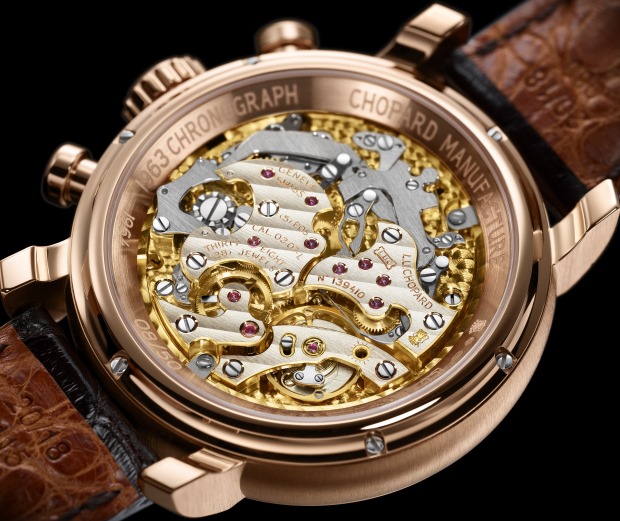 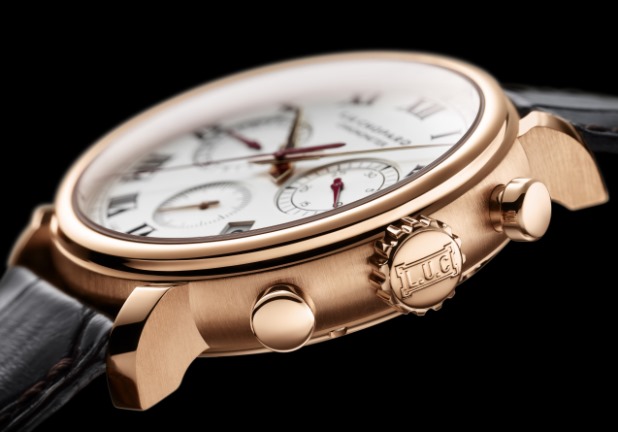 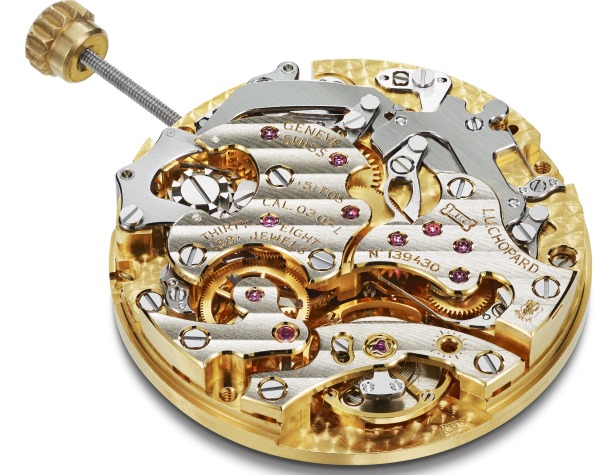