A day from the official opening, I’m wondering what the major themes are going to be. Of course, at Baselworld, nobody talks about the Apple Watch, which means that everyone is talking about it and the effect that it will have on the industry. Voices off say that in Hong Kong, a few of the really high-end brands are reducing their retail prices, and that the big-selling watches are now those in the low-medium-priced bracket. And so things have changed a bit with respect to a few years ago.

I have an idea on two possible categories: new materials, and new technology. As regards new materials, we saw some examples at SIHH, such as Panerai’s special tiger-striped carbon; and Hublot have presented a Baselworld preview, the first scratch-resistant gold watch. By new technology, I am thinking particularly of smart watches, namely the Swiss versions of the Apple Watch. Several brands have presented watches that combine a traditional mechanical timepiece with some sort of high-tech integration.

A combination of gold and boron carbide

Gold is a beautiful material, but when pure it scratches easily. Hublot created Magic Gold four years ago; the material has a hardness close to 1,000 Vickers, which is over double that of 18-carat gold, 400 Vickers. It is made by preforming the components in boron carbide powder, creating a rigid porous structure, whose pores are then filled with 24-carat liquid gold at high pressure. The result can still be certified as 18-carat gold. The material is made at Hublot’s foundry at Nyon, which produces this and other high-tech ceramic materials. Magic Gold is virtually non-scratch. 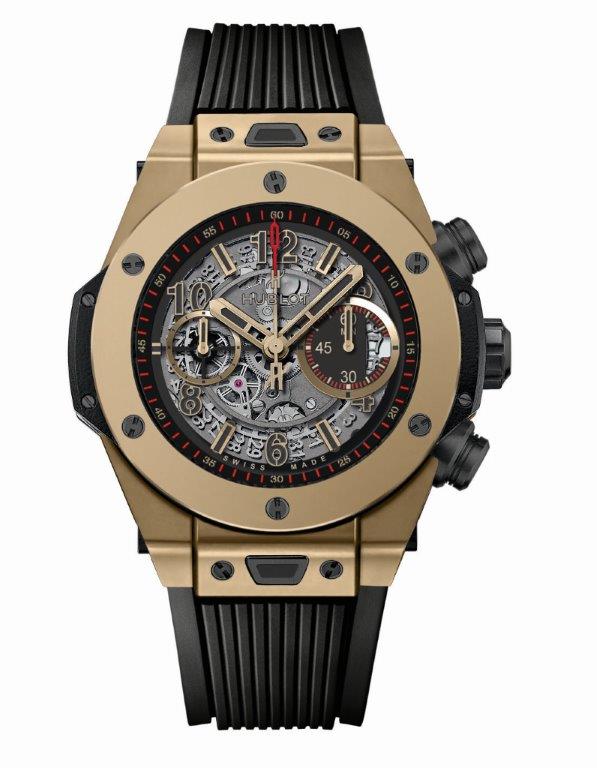 The new material was presented in 2011, with a limited-edition Big Bang Ferrari watch presented in 2012. This year, the Big Bang Unico Full Magic Gold incorporates this technology, in a 250-piece limited edition of the Big Bang Unico chronograph. The watch is 45 mm in diameter, with small seconds subdial at 9 o’clock, chronograph minutes at 3 o’clock. It is powered by the HUB 1242 Unico movement, with a deconstructed dial revealing the column wheel and double clutch. 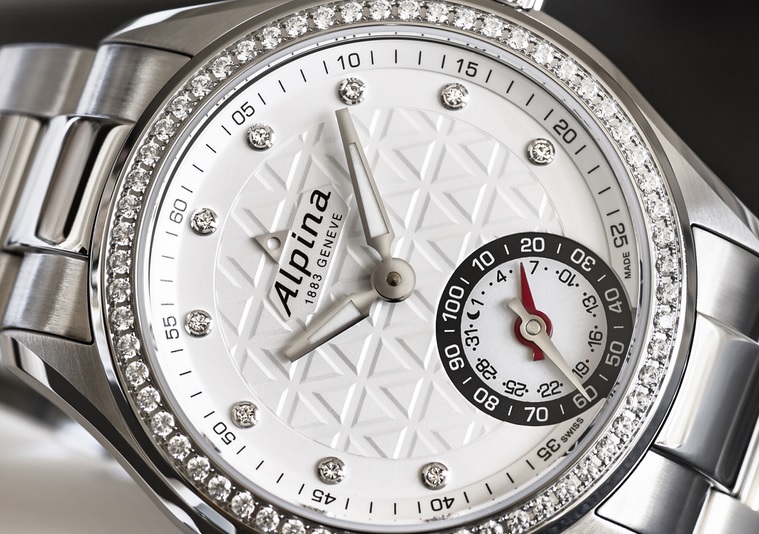 Alpina’s smart watch looks like a classical analogical watch, but it has an electronic heart that connects to a smartphone app. As a result, the watch tracks body activity, sleep cycles and exercise, with the possibility of activating alarms and smart coaching functions. The Alpina Swiss Horological Smartwatch synchronizes automatically with the smartphone and te app shows how much you have exercised and slept during the day, week or month. 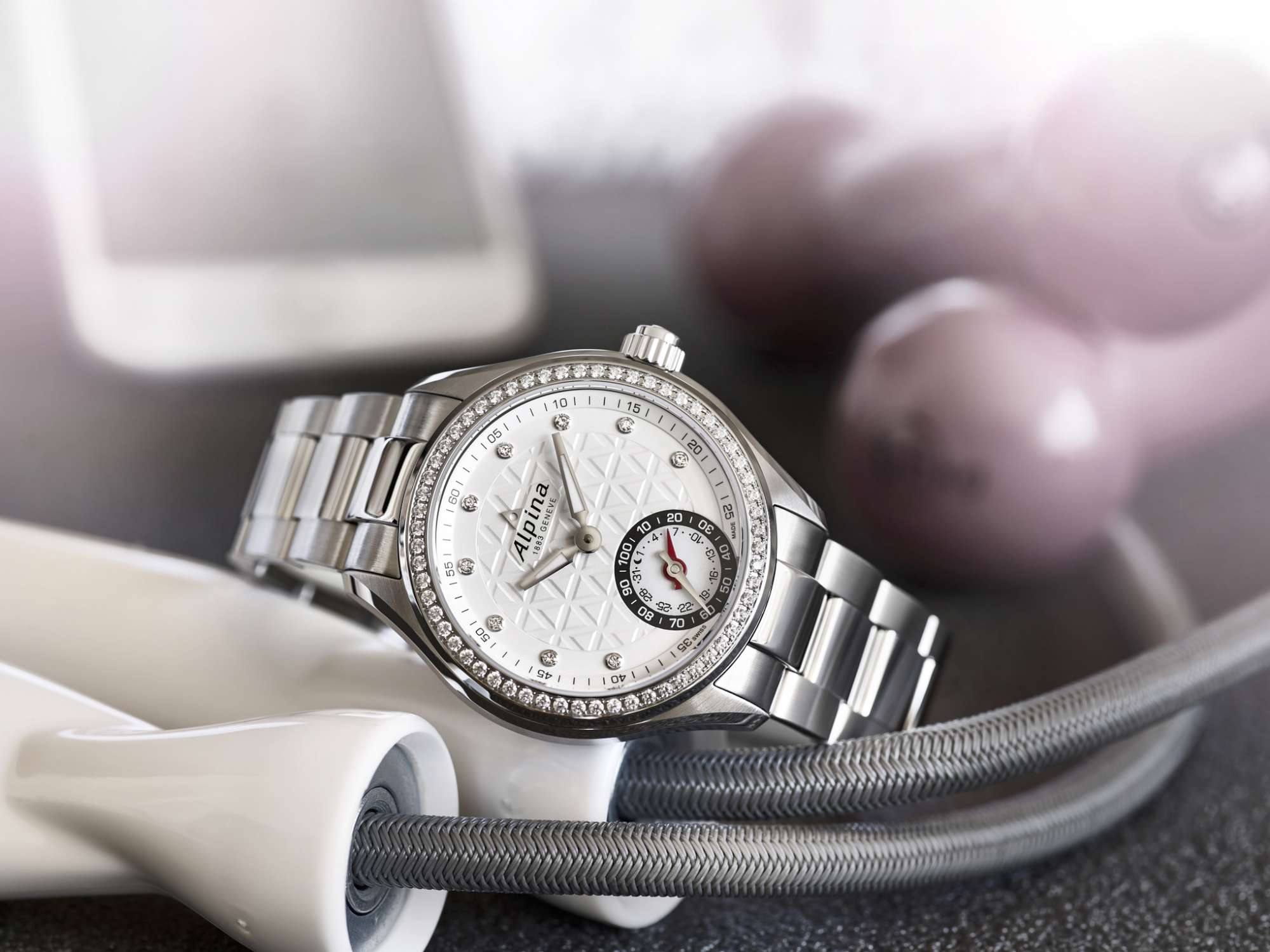 The same sort of thing is done by Frederique Constant, and this comes as no surprise as Alpina is owned by the same management. The layout of this watch is very similar to the Alpina, and it uses the same MotionX patented sensor to track activity and sleep patterns. Activity and sleep information is presented on the subdial at 6 o’clock, with more detailed information transferred to the connected smartphone. 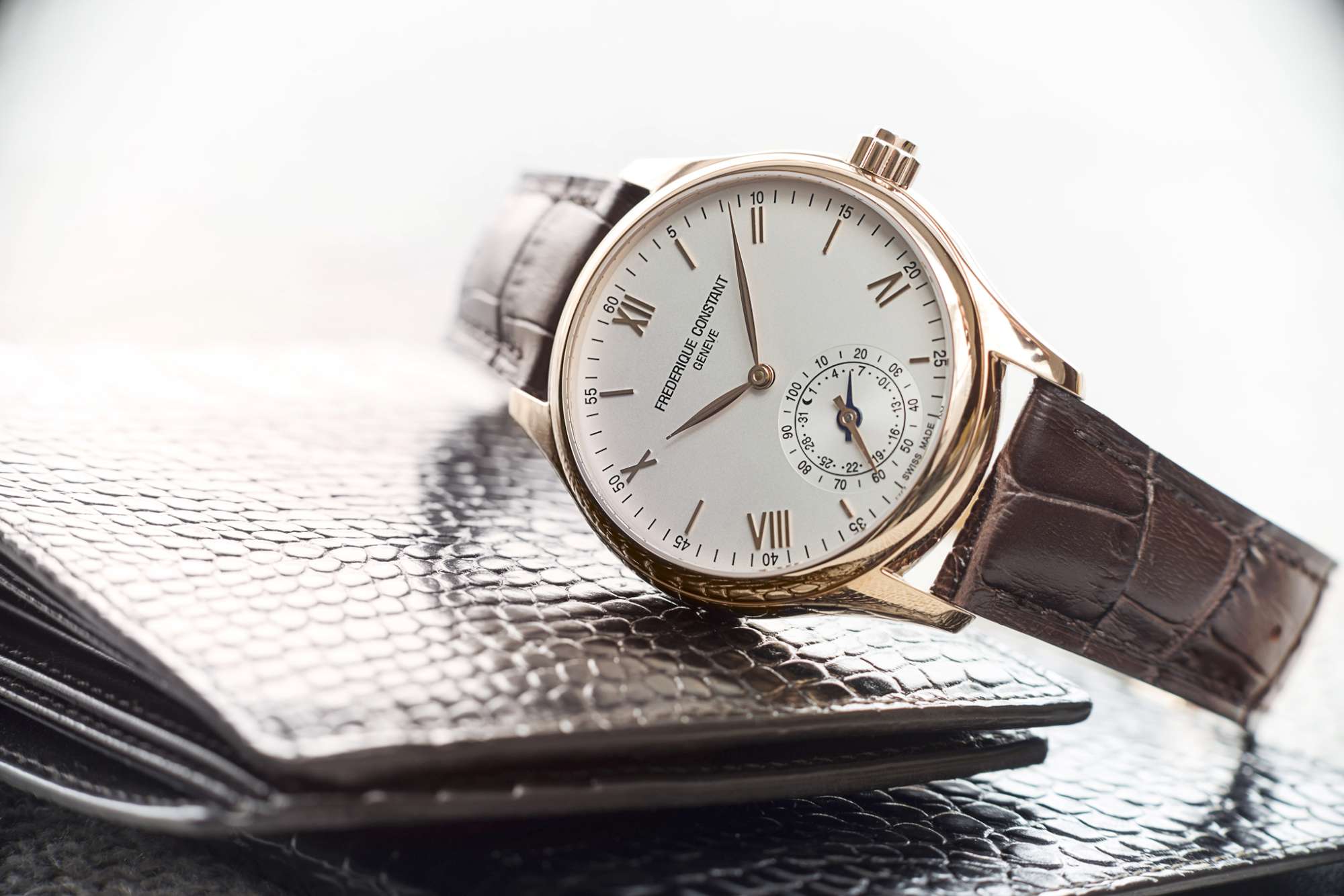 With the B55 Connected, Breitling places a chronograph in connection with a smartphone to facilitate certain watch functions: for example, setting the watch’s time, time zones, alarms and other parameters can be performed from the smartphone, with the additional space provided by the screen and its touch technology. Information can be transferred in the other direction as well, from chronograph to smartphone, and this information can be things like chronograph-measured flight times that can be stored on the mobile. The watch itself has a titanium case with black carbon-based coating and a dial marked with a blue wireless symbol. It has a range of pilot’s functions, such as electronic tachometer, countdown/countup, long duration timing, and a chrono flight system that records flight times together with take-off time, landing time and date. 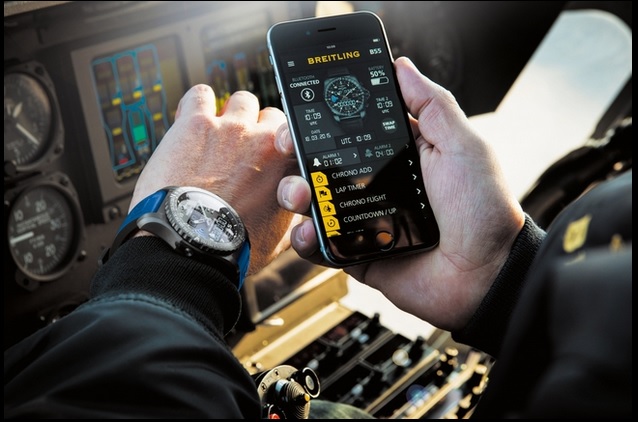 Functions are selected by rotating the crown, and activation/deactivation is performed using the two pushpieces. It has two ultra-legible LCD (liquid crystal display) screens features a high-intensity backlighting system activated by pressing the crown – or when you tilt your wrist at more than 35°, such as when you have your hands on a control column or steering wheel. The watch is recharged by a mains trasformer or a USB cable… a bit like the Apple Watch…