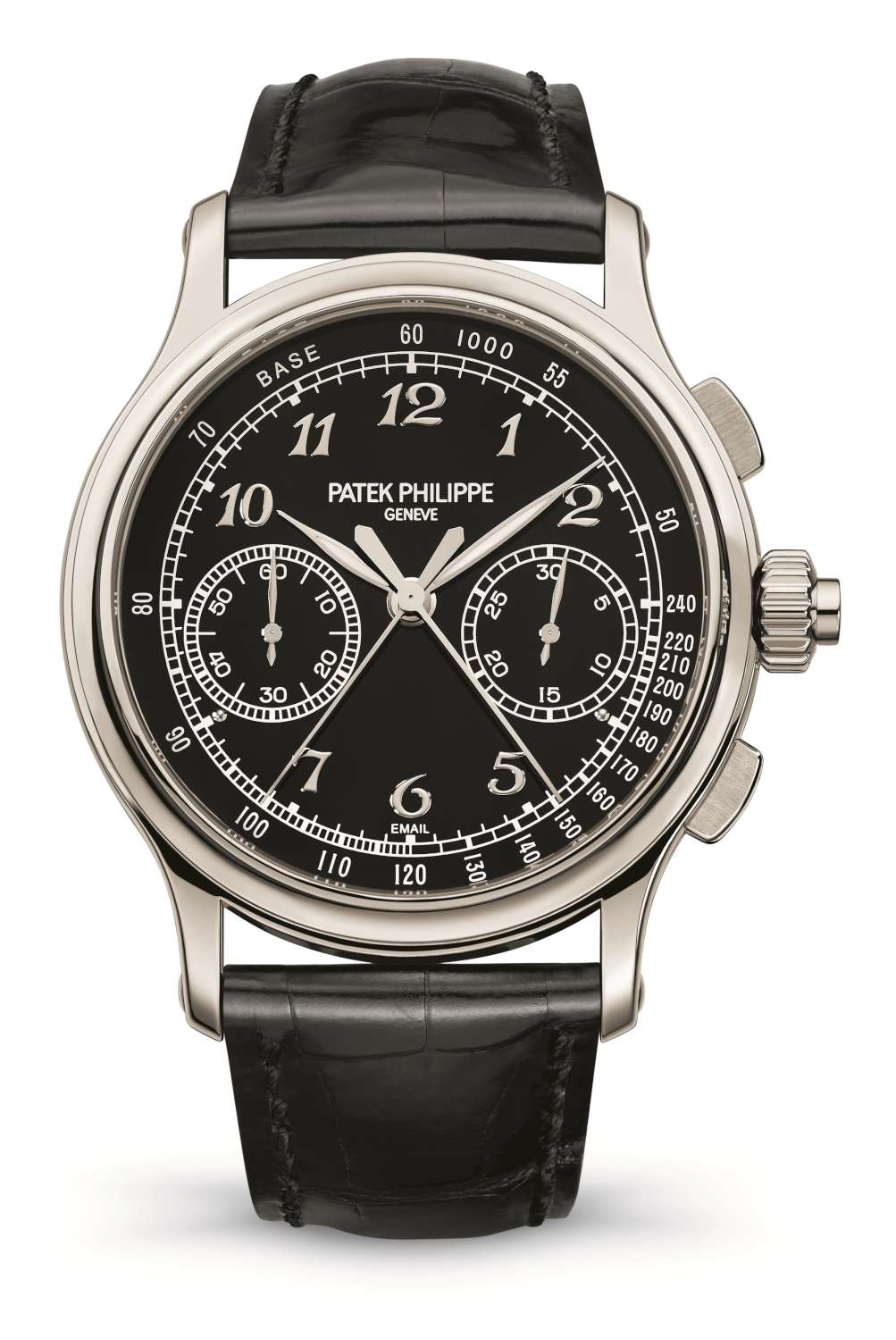 A watch with seven patents 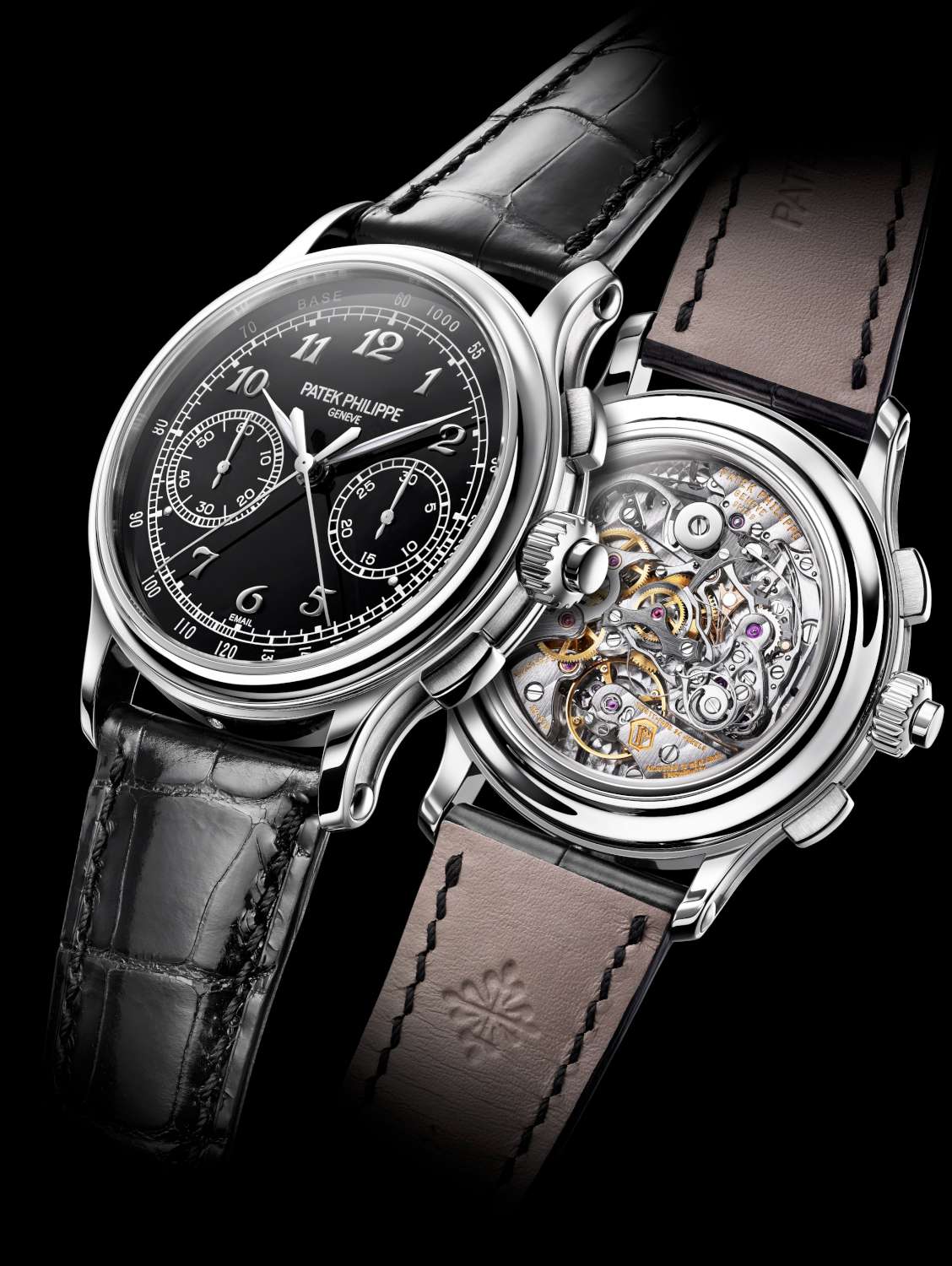 The word “email” that appears below the numeral 6 at the bottom of the dial does not indicate some electronic function – heaven forbid – but indicates that the black dial is made in genuine enamel. On this are applied Breguet numerals in white gold, with dial markings in white, and hands with differing finishes: hour and minute hands are leaf-shaped in white gold with SuperLuminova coating, the hands on the two subdials are also in white gold, while the two chronograph seconds hands are in rhodium-coated steel. Patek Philippe pay a lot of attention to legibility and practicality, and this piece is the perfect illustration, with hands and dial markings that are perfectly visible against the black dial. The enamel coating on the gold dial base ensures the deepest black possible, though infinite care is needed when drilling the tiny holes for fixing the attached hour numerals. The dial layout is kept simple by having just two subdials, for continuous seconds and 30 chronograph minutes.

The case is in platinum, with a Top Wesselton diamond inset into the caseband between the lugs at 6 o’clock. The brand’s creative department is led by Sandrine Stern, wife of company president Thierry Stern, and their attention to design detail can be seen in the curves of the caseband, flowing seamlessly right down to the tips of the slender lugs, which are finished with horizontal brushing and have white gold cabochons in correspondence with the strap spring bars.

The case is 41 mm in diameter, 13.56 mm thick, and has a water resistance of 3 bar, 30 metres. The watch has a hand-stitched alligator strap with a deployant buckle in platinum.

Another Patek Philippe characteristic is the incredible contrast between the simplicity of the dial at the front and the beauty of the movement visible through the sapphire caseback. You strain your eyes trying to work out the relations between the wheels, cams and levers that come to life when you activate the chronograph. The colour palette is also more extensive on the back, with glossy and brushed steel, glints of light on the chamfered edges, components in gold, and the red jewels. The Patek Philippe Seal can also be seen, guaranteeing that the company has subjected the watch to a battery of tests and examinations, including precision of maximum +2/-3 seconds deviation per day, better than COSC (+4/-4), almost as good as the new Rolex standard (+2/-2). The watch runs at 28,800 vph (4 Hertz), and it is manually-wound, with a power reserve of 55-65 hours. 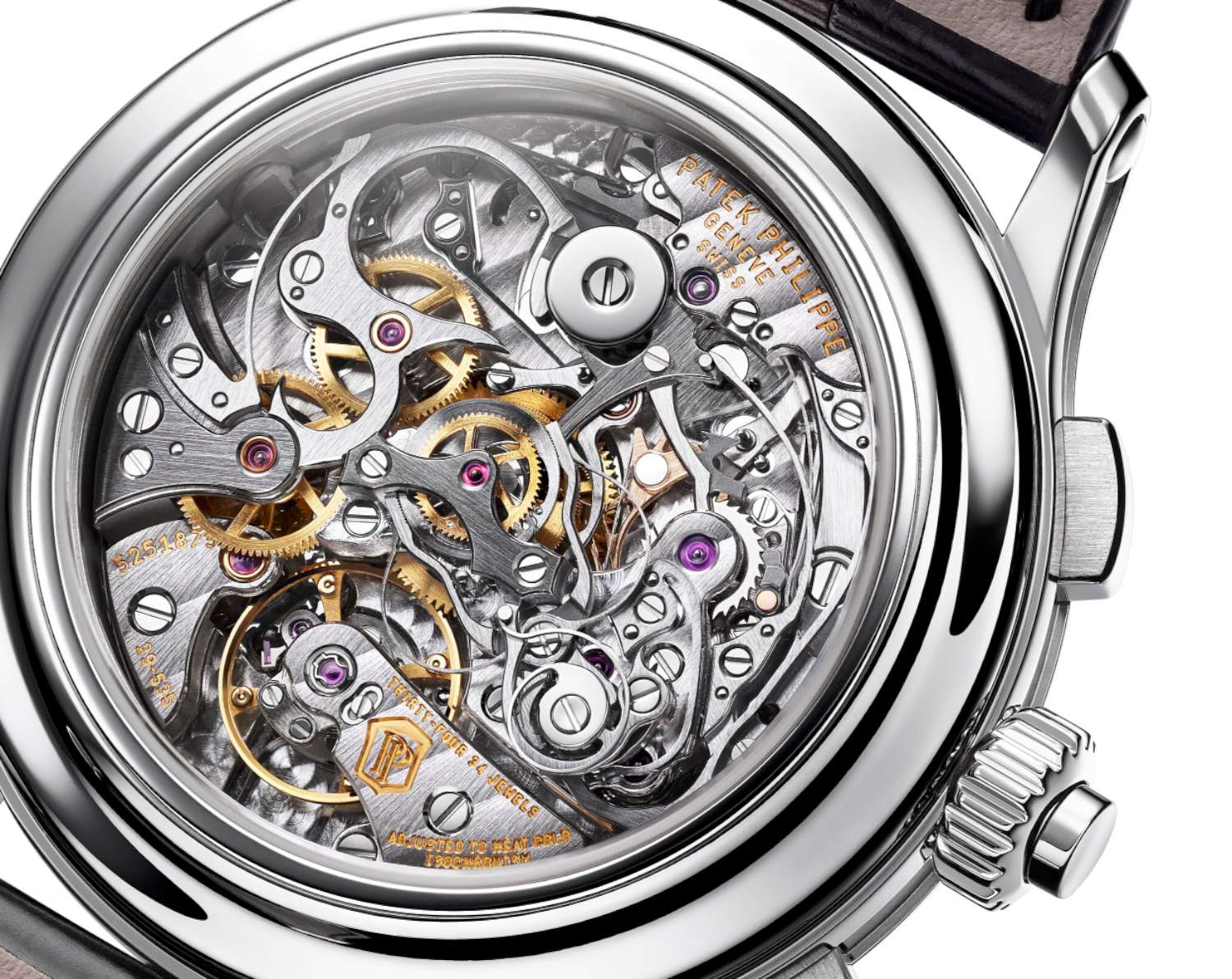