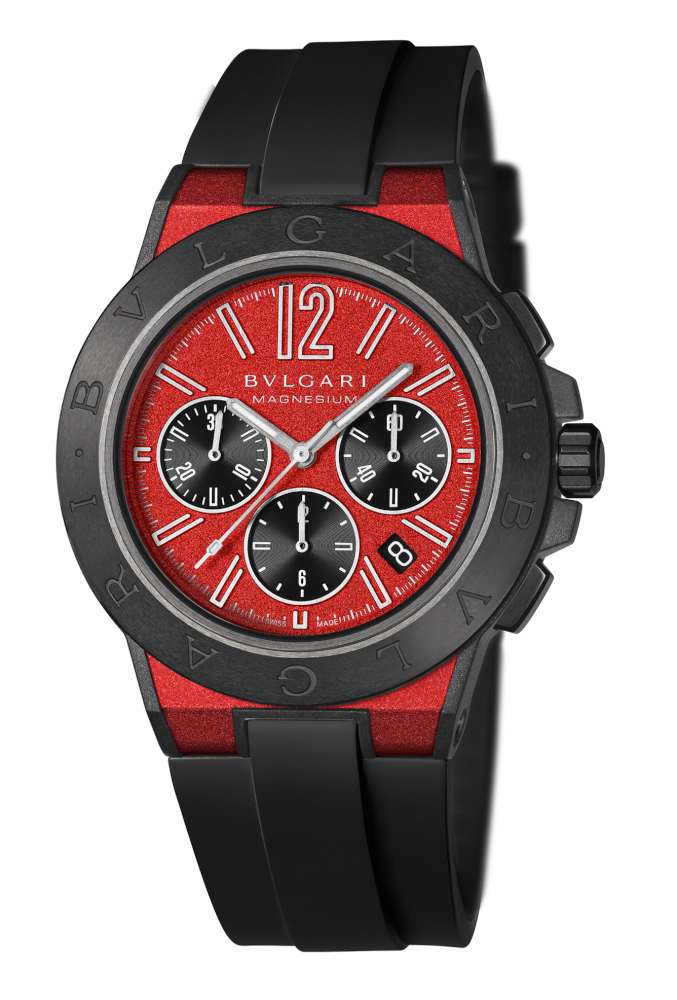 They call it a sports watch. But the really sporty thing about it – the chronograph function – is to a degree marred by the incomplete seconds scale, and by the seconds hand that is too short to take an accurate reading. So by describing the Diagono Magnesium Chronograph as a sports watch, Bulgari mean that it just looks sporty.

By Bulgari’s standards, €4,950 makes this a relatively low-priced watch, joining last year’s Diagono Magnesium. Probably, a fairly large part of its cost is due to the complexity of its case, made in high-tech materials typical of sports cars. The bezel, with the double Bulgari logo, is in ceramic; the case is in magnesium; the caseband and crown protector is in PEEK (PolyEtherEtherKetone), a lightweight polymer; and the paint surface of the dial is in Motorlac, a textured coating used in the car industry. The idea is presumably to reduce the weight of the watch. It does actually have quite a lot in common with car design, for example the coloured paint that extends beyond the bezel, onto the area between the lugs. A bit like the dashboard of some cars that are in metal painted in the same colour as the bodywork. The sporty look is reinforced by the black rubber strap, with pin buckle in PEEK. Presumably the magnesium is in the form of an alloy, as this metal is easily flammable when pure. The caseback and pushers are in PVD-coated stainless steel. 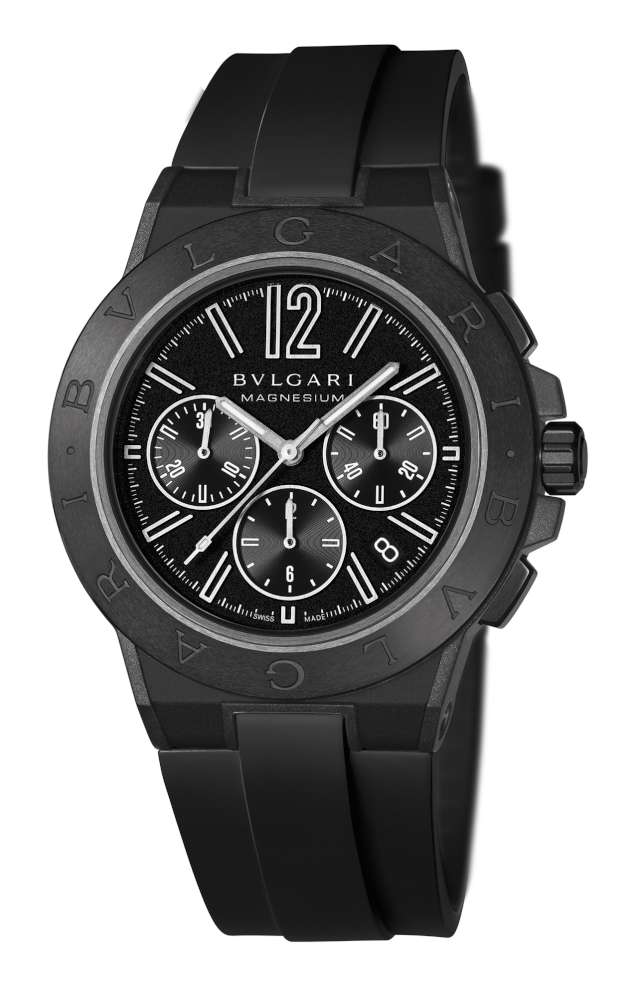 The watch has a 42mm case, with a water resistance of 100 metres. Four versions are available: black, red, blue and grey dials, in proprietary colours, with black subdials. The hour markers are like two-pronged forks, of differing lengths according to their position in relation to the subdials, and it’s nice the way that the markers on the subdials have the same deign. It is also echoed by the hour and minute hands with their SuperLuminova coating. The subdials are perfectly legible: my only issue in terms of functionality is the chapter ring, where the quarter-second markers are obscured at intervals by the hour markers, and by the large numeral 12. And, as I already mentioned, the second hand doesn’t reach the chapter ring. 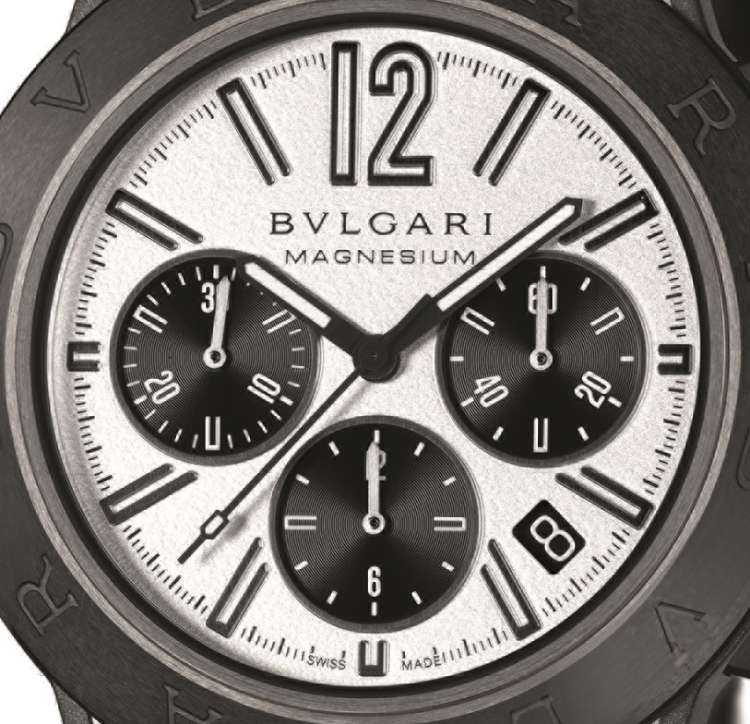 There is a date window at 4.30, placed diagonally. I think that many people would say that the watch would look better without it: interestingly, the design sketch provided in the press material totally omits the date window. 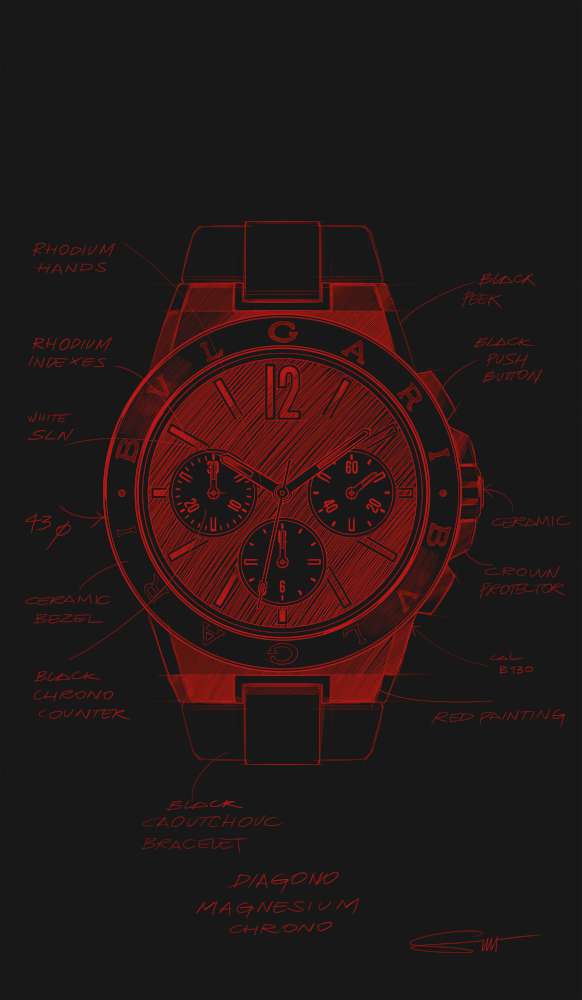 The watch has a solid caseback, because its power plant, though called the B130 calibre by Bulgari, is in fact a self-winding ETA 2894. It runs at 28,800 vibrations per hour (4 Hertz) and has a 42-hour power reserve. In a way, I’m a little surprised about the price, considering that the watch has a third-party movement costing perhaps €200-300; but then again, the case is complicated, and a brand like Bulgari has to factor in its advertising budget. 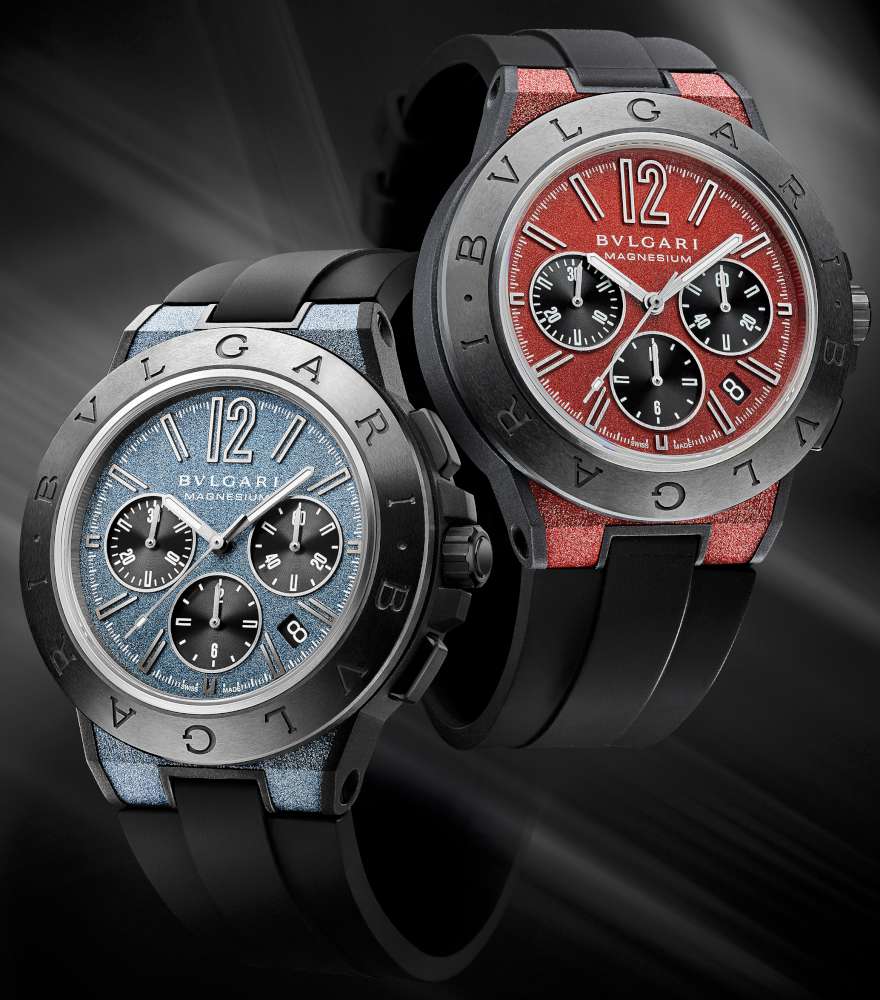