SevenFriday specializes in watches with simple movements made to look complicated by means of an industrial design aesthetic. The latest piece, Q3/01, has a regulator-type minute hand, hours shown on a 24-hour scale, and a second hand with three short hands of different colours, red, green and yellow, read one after another on a 20-second scale. For the first time on a SevenFriday watch, the date is shown at 3 o’clock. 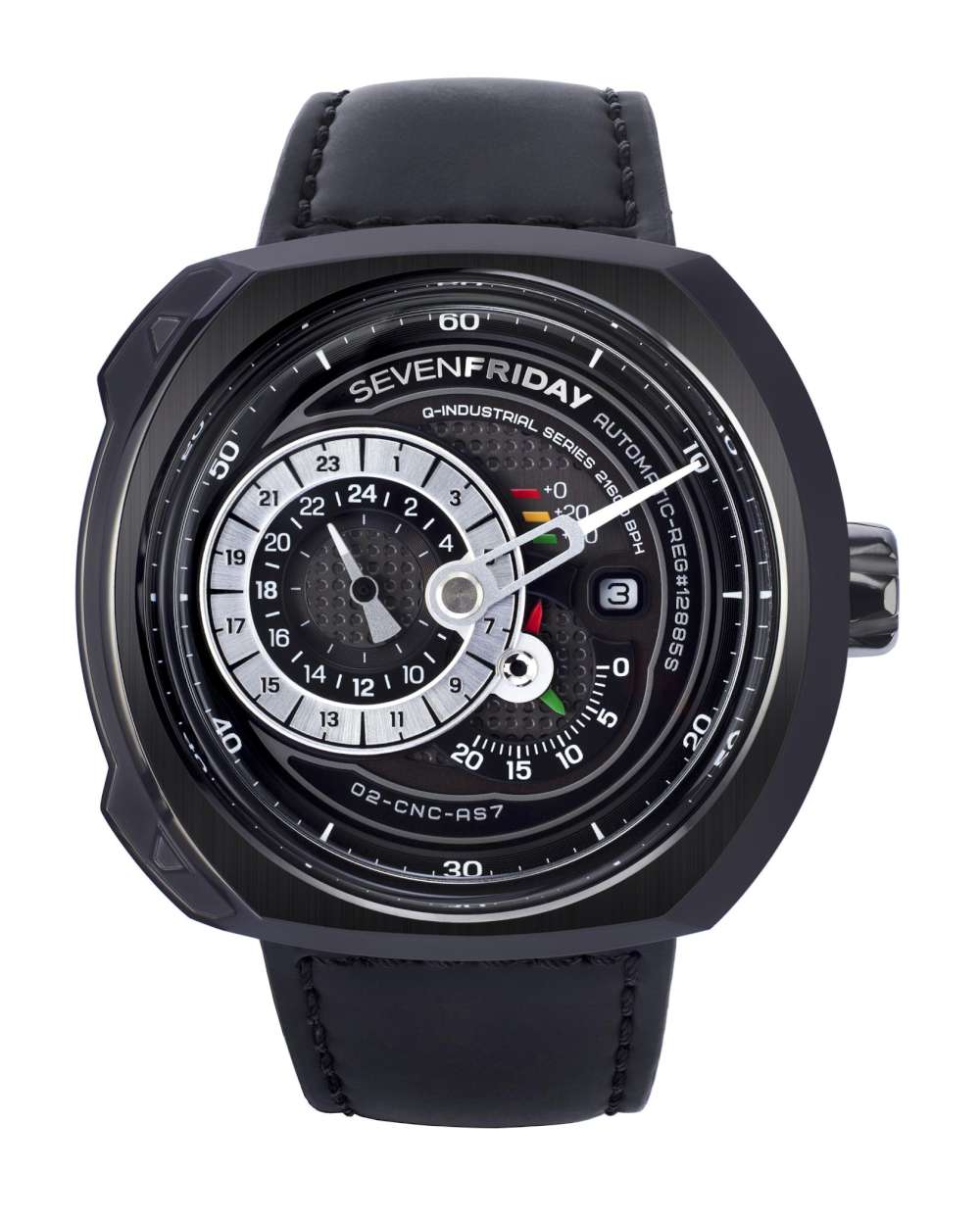 It’s a large watch at 44.3 mm by 49.7 mm, with a case finished in black PVD. Water resistance is the standard 3 bar, 30 metres. The dial is built with a series of levels that increases its visual interest, though it’s not exactly a watch that is easy to read. The minutes hand is intuitive and clearly marked with a scale at the edge of the dial, while the hour hand has to be checked carefully against the double scale, and if you should ever need to time, say, a minute using the seconds hand, it takes careful observation and some mental arithmetic. 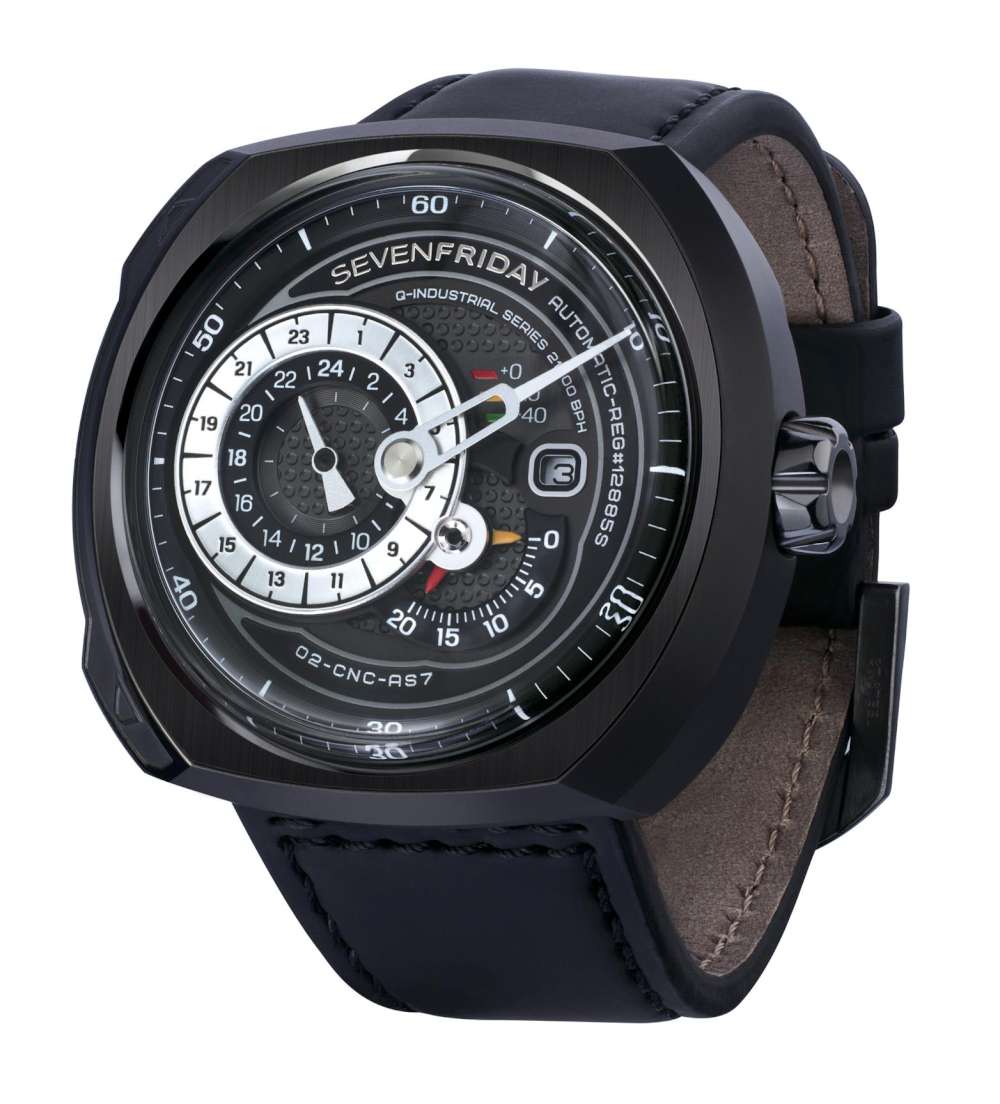 The Q3/01 is powered by the self-winding Miyota 8219 movement. This is normally used for watches with a small seconds subdial at about 4.30 and a 24-hour subdial at 9 o’clock. These are the indications that have been used by SevenFriday, along with the central minutes hand. They have decided to abandon the central hour hand to give the watch its own distinctive character. The Miyota 8219 runs at 21,600 vibrations per hour, 3 Hertz, and has a power reserve of about 40 hours. 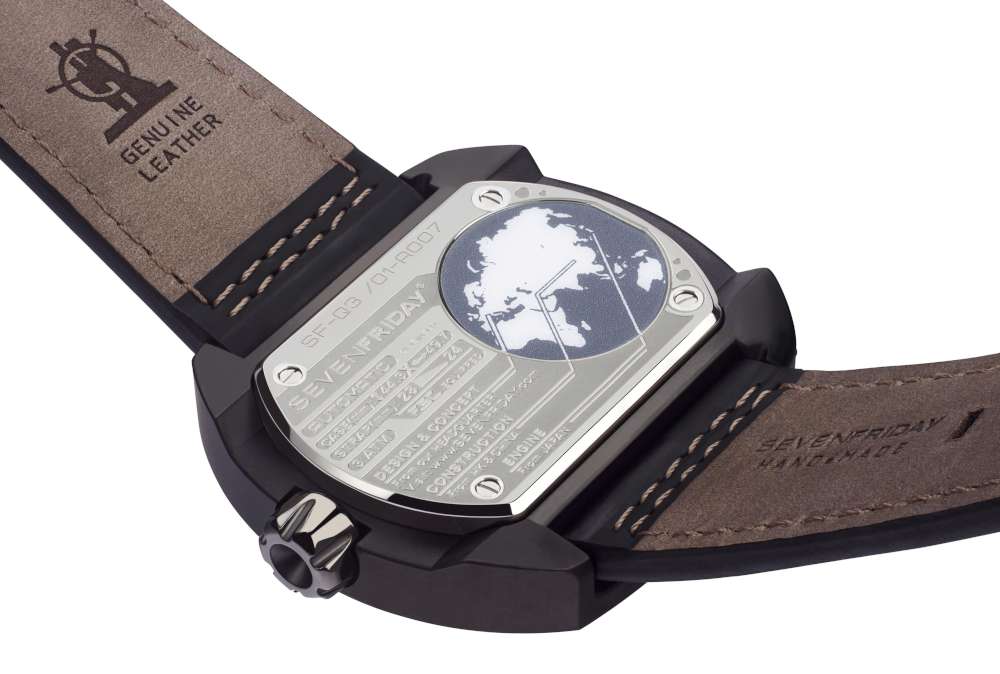 The watch has a soft black leather strap with black stitching. It can be rapidly changed by the user, by means of the “FSC” (Fast Strap Changer) function. The caseback is solid, with an NFC chip for authentication. This technology is based on near-field communications generally used for anti-counterfeit measures in the clothing industry. The caseback is printed with details of its industrial origins, design at the SevenFriday headquarters in Zurich, the movement made in Japan, and assembly in Hong Kong and China. 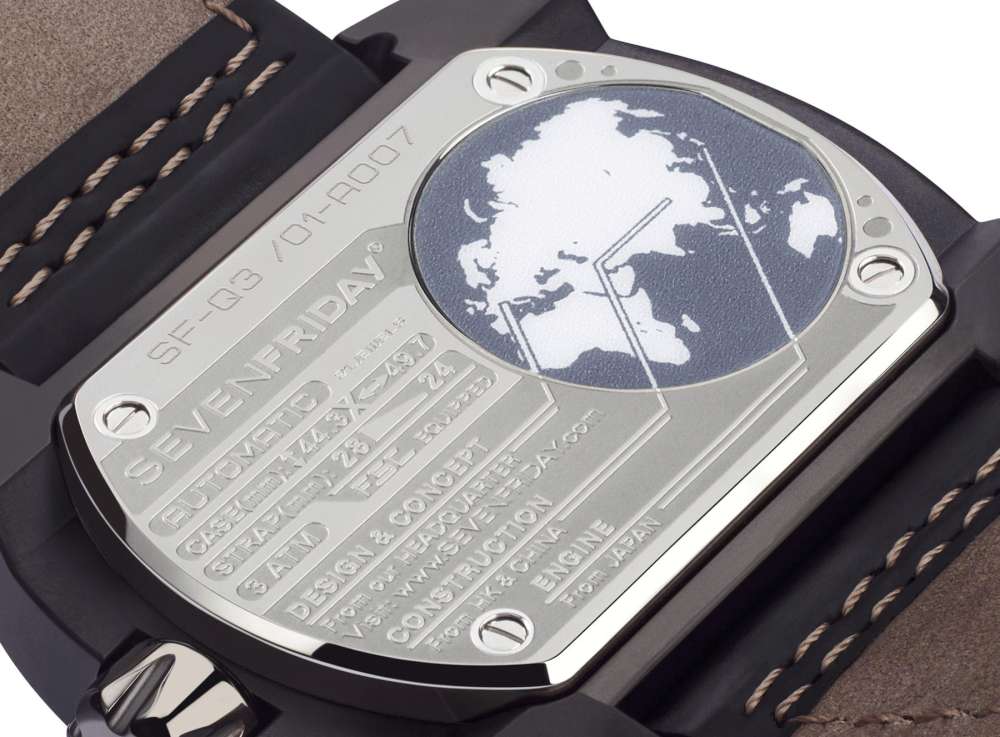 The SevenFriday Q3/01 costs €1,360. Without doubt it’s a mechanical watch at an interesting price, though it now has to compete with recent innovations such as the Zinvo that also have the same objective of looking different, at a much lower price. More from the SevenFriday website. 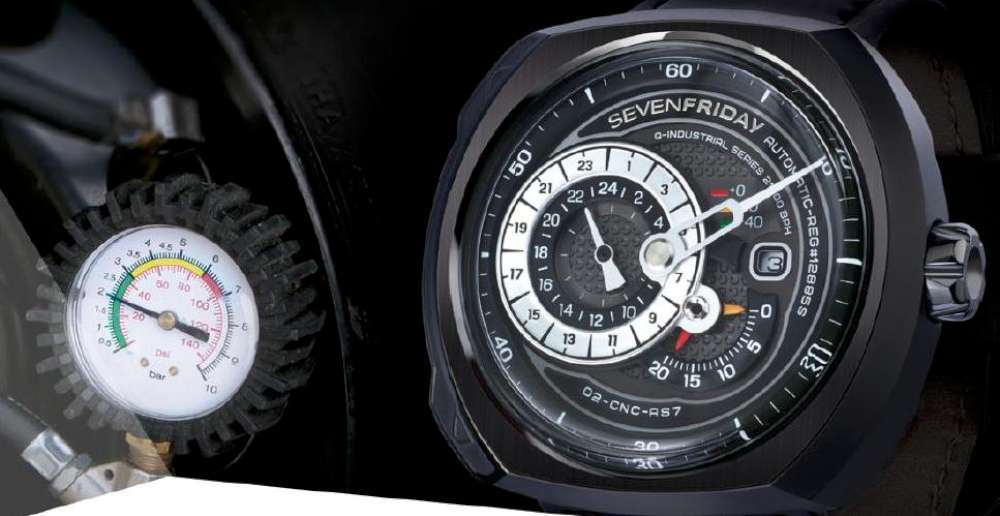