German company Torsten Nagengast Timeline have introduced the i16 Aviator Basic pilot’s watch, a lower-priced version of their i16 Aviator pilot’s watches, with a distinctive case, a classic no-logo pilot’s watch dial, and an Asian-made hand-wound movement. The price of €349 without VAT, €415 inclusive of VAT, is comparable to watches by Steinhart. Click here to see a selection of the cheapest mechanical watches. 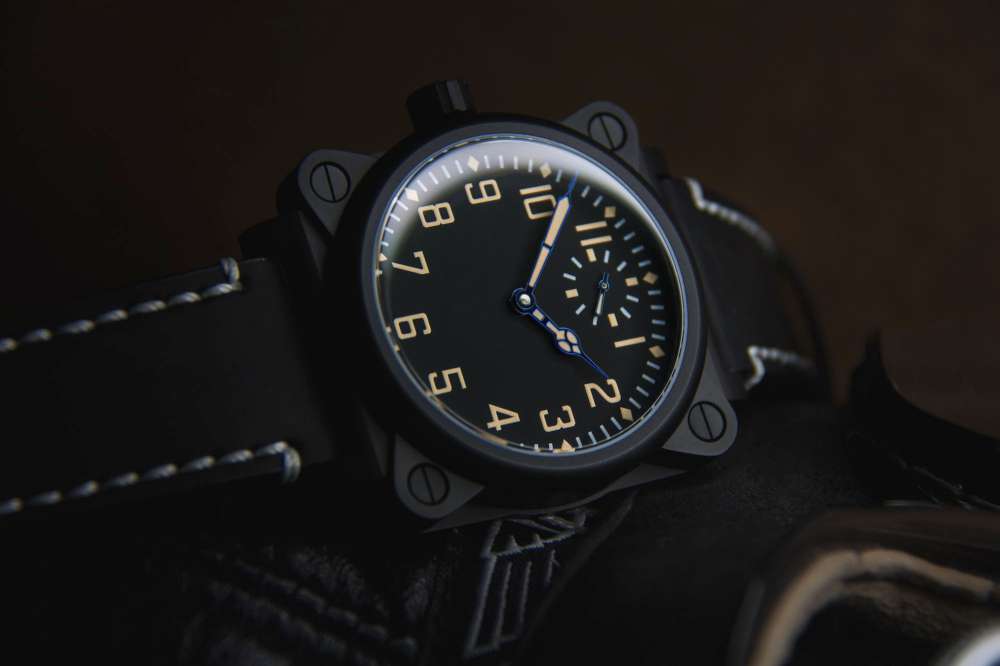 The watch is based on a cockpit instrument from the Soviet fighter Polikarpov I-16, and so, with its four screws, it follows the same principle as Bell & Ross watches with the square case. Torsten Nagengast Timeline have had the I-16 pilot’s watch in its range for some time now, with a manually-wound Laco movement, but at prices starting at €1,150. 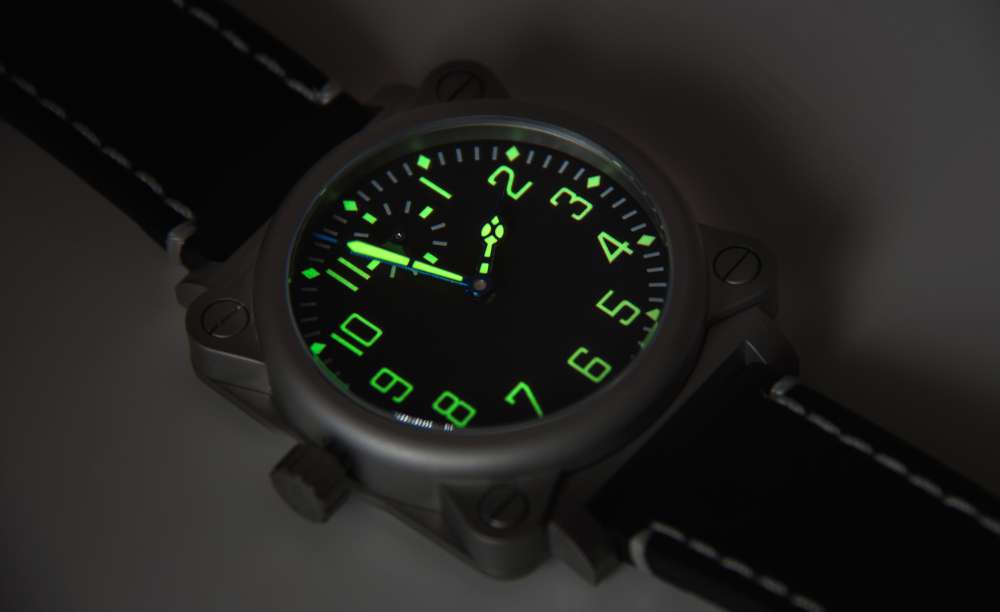 The case is 43 mm wide and about 12 mm thick, and it is available in black PVD or bright steel finish. The watch has a Pyrex watchglass, which at 8.0 Mohs is more liable to scratching than sapphire crystal (9 Mohs). The waterproof rating is 10 atm. The strap is in thick leather with hand stitching, in black or brown. 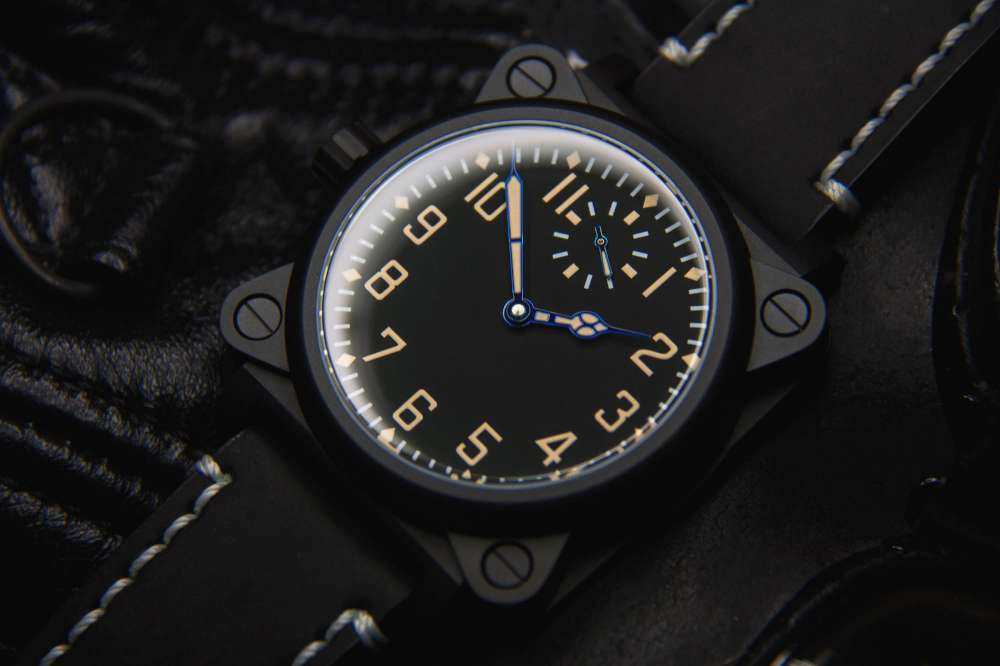 The hand-wound movement has been rotated through 180 degrees so that the crown is on the left, and the continuous seconds subdial is at the top. Torsten Nagengast Timeline say simply that it’s an Asian movement, so presumably something like a Chinese-made Seagull ST-3600, a clone of the ETA 6497. Finish is very basic, without even the Geneva stripes that are normally applied to the bridges. Torsten Nagengast Timeline provide a two-year guarantee on the watch, but according to online forums there are notable differences in long-term reliability between Asian-made movements and the Swiss ETA originals. 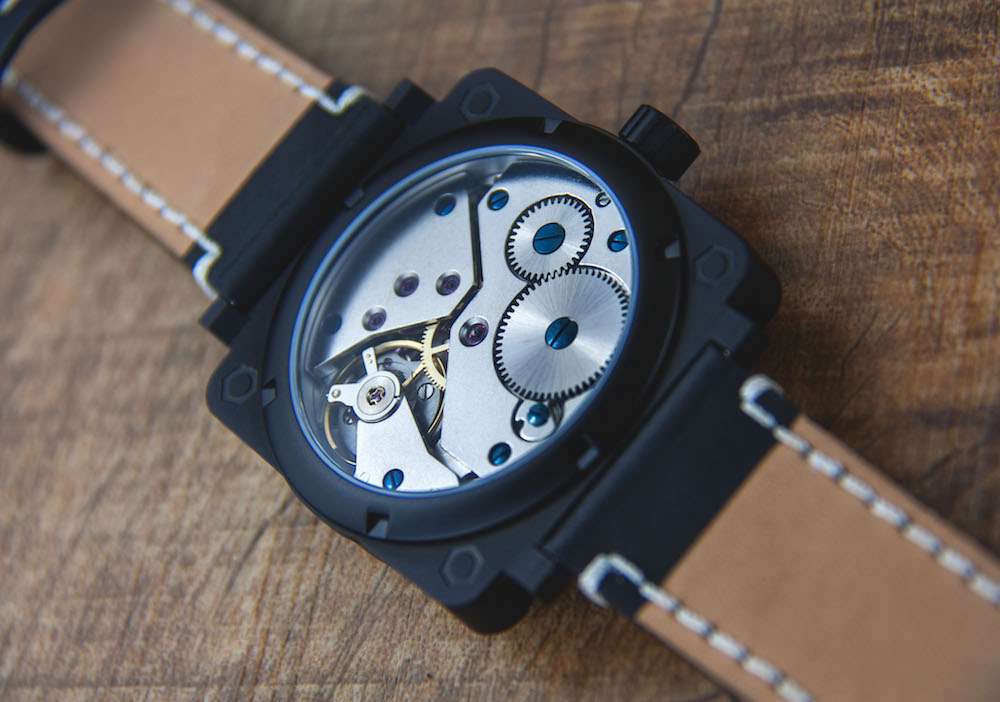 Below, two photos of the Soviet fighter Polikarpov I-16. 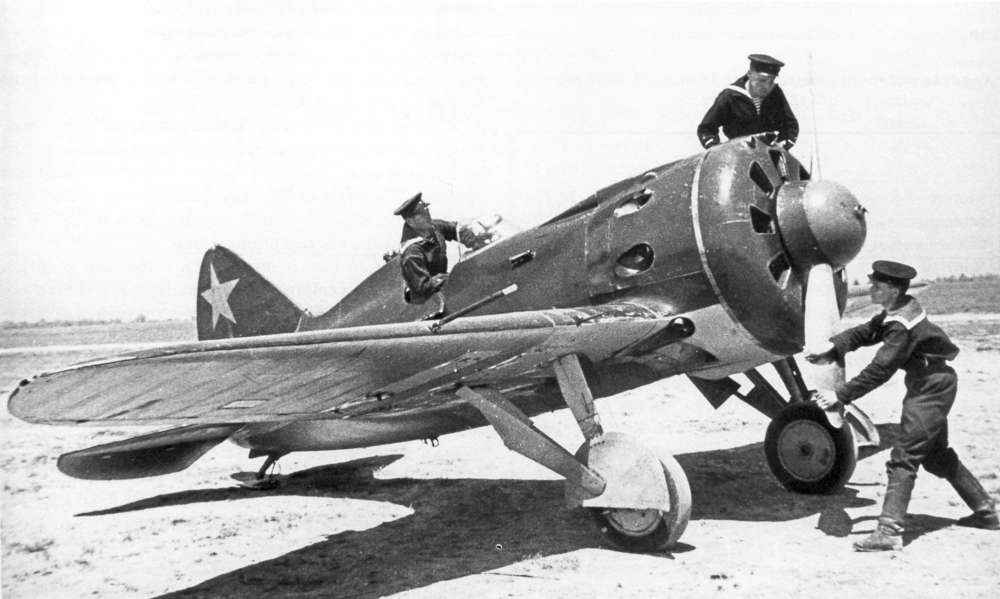 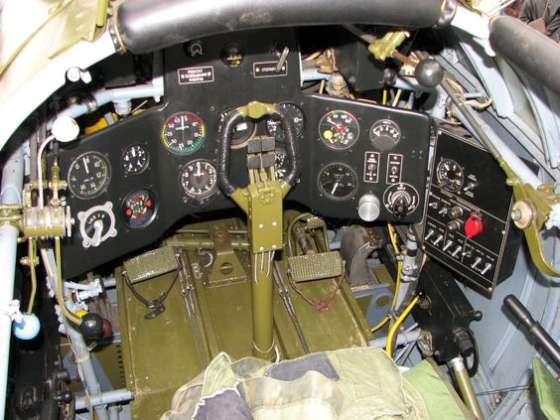 Cockpit of the Polikarpov I-16, photo courtesy of Wikimedia