The Longines Legend Diver Watch is a new edition of a diving watch dating back to 1960. The first re-edition was launched in 2007: this version is different in that the watch is now available with a milanaise bracelet. 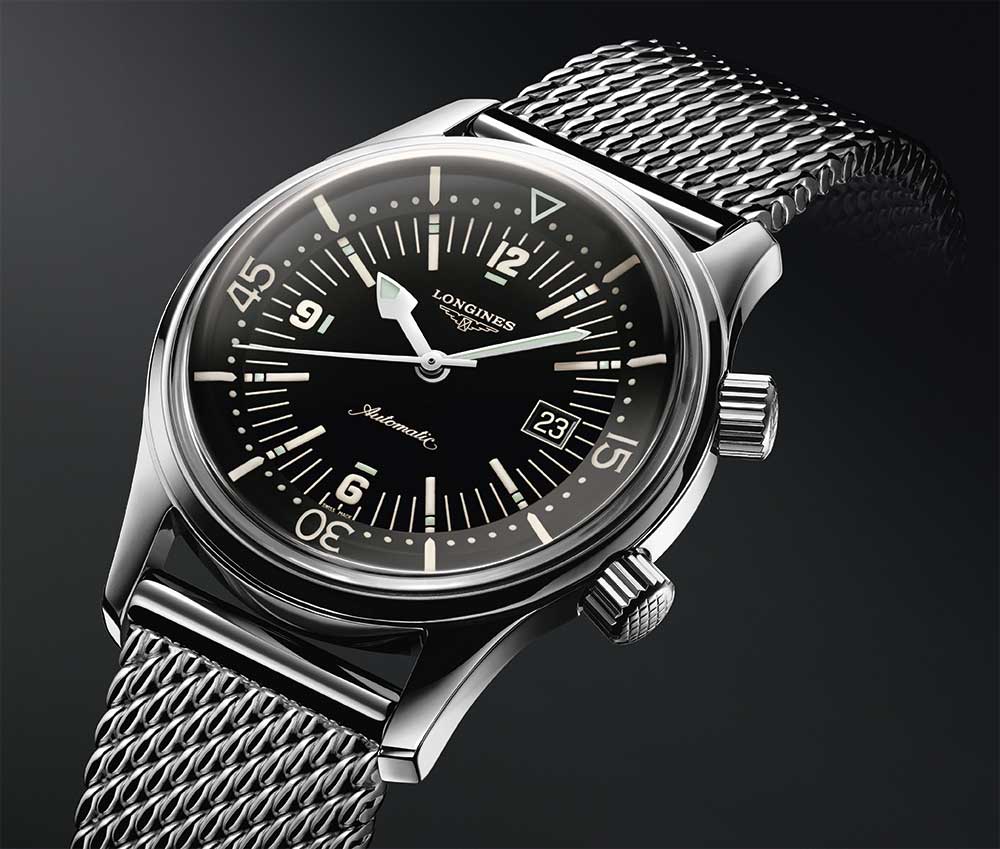 Not your classic diver’s watch

It’s an attractive timepiece with some typical 1960s characteristics, such as the domed watchglass, and an internal rotating bezel locked, unlocked and operated by a second crown. Even though Fiechter and Maloubier had already done their pioneering work that led to the Fifty Fathoms, possibly the first modern diving watch, many brands continued to issue diving watches that didn’t have all the canonical characteristics. In the case of the Longines Legend Diver, the internal rotating bezel is bi-directional, and the second hand doesn’t have SuperLuminova, so you can’t see from the hands, in a low light-level situation, whether the watch is operating or not. The internal bezel has markings all the way around which facilitates seeing how long you have been underwater – or timing whichever event you like on dry land, using the minutes hand. 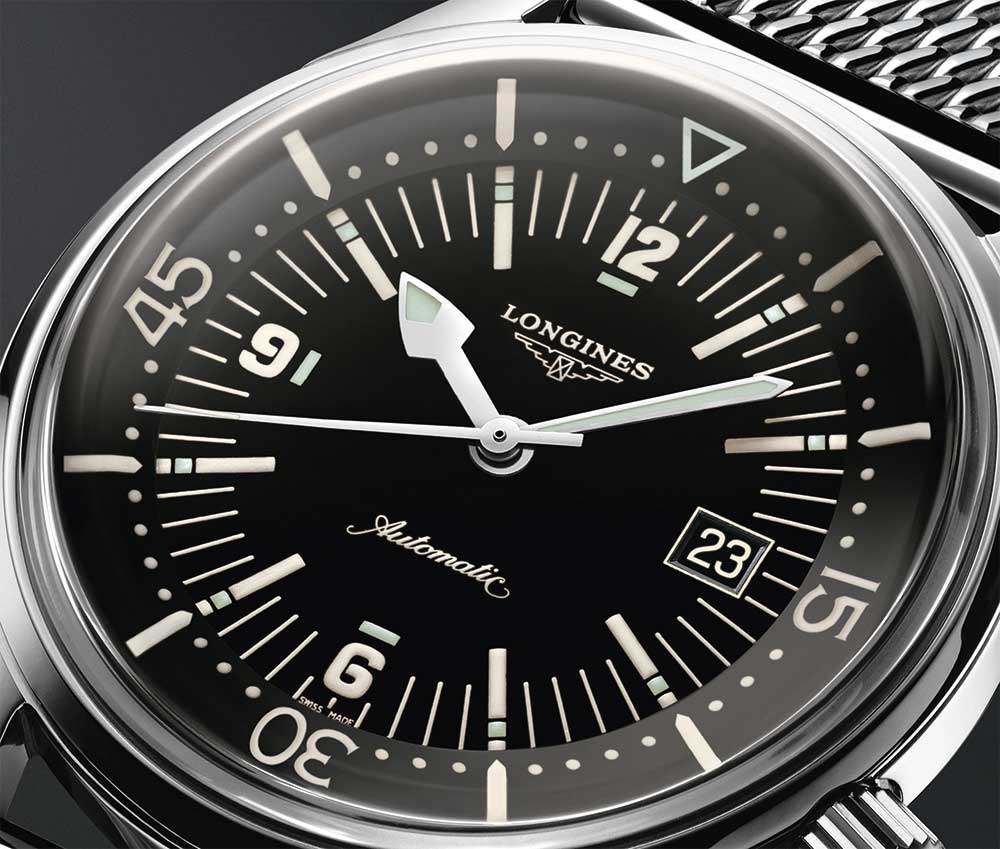 The caseback is solid, with an engraving of a diver. The two crowns are both screw-down, ensuring a water resistance rating of 300 metres. The movement is the calibre L633.5, which is the ETA 2824-2, supplied to Longines which is part of Swatch Group which also owns ETA. It runs at 28,800 vibrations per hour (4 Hertz) and has a power reserve of 38 hours. 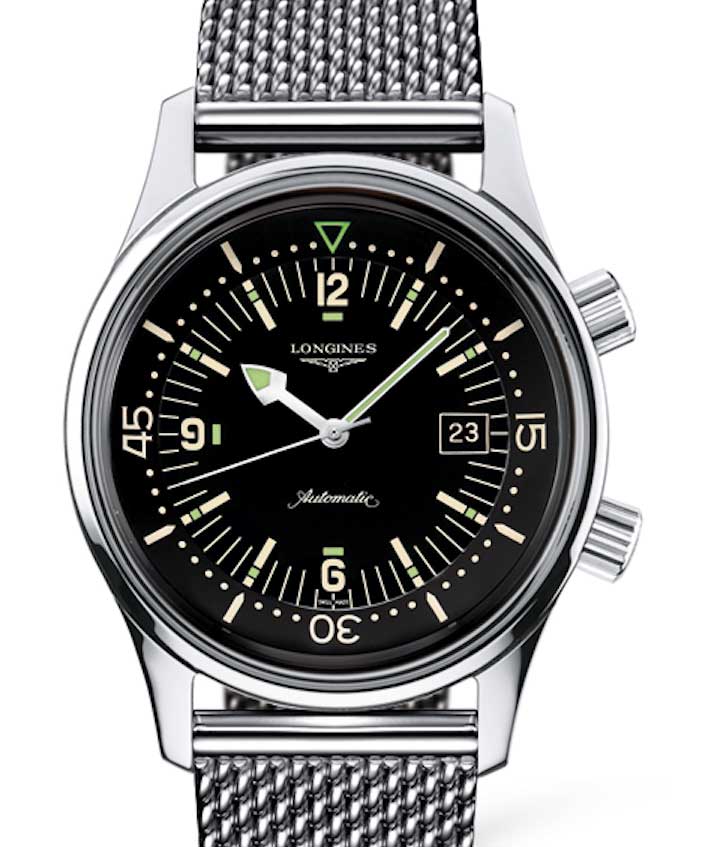 The case is in stainless steel, diameter 42 mm, with black rubber or leather strap, both with a diver’s clasp, or the milanaise bracelet shown here, also with folding clasp. 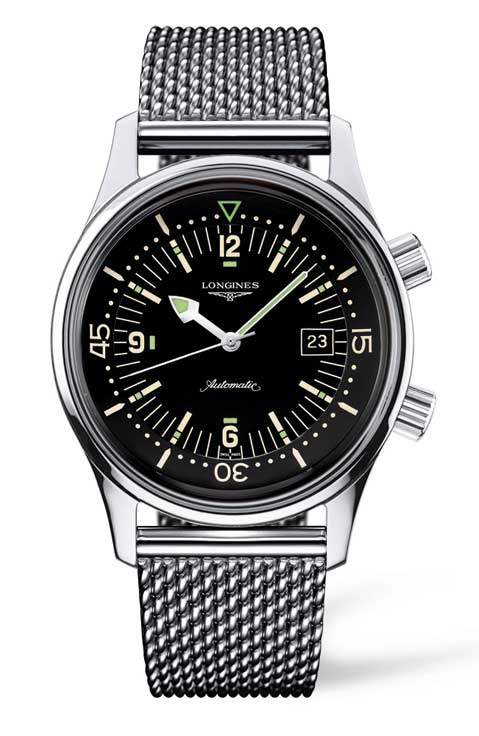